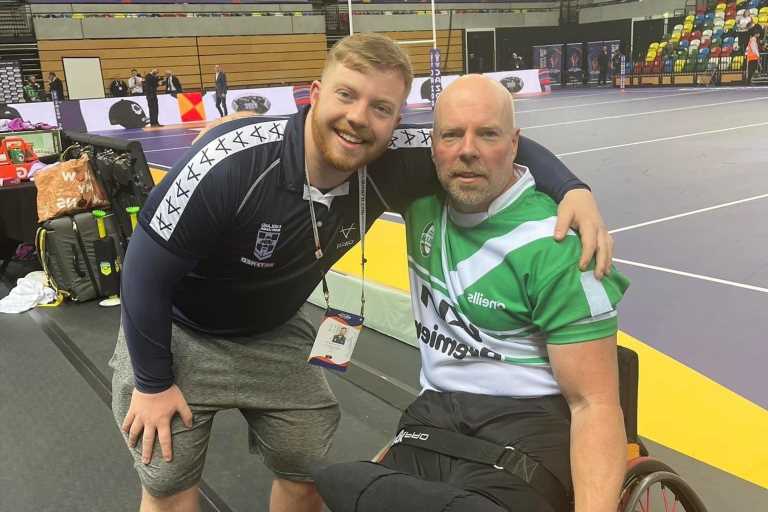 DECLAN Roberts is ready for a house divided as he takes on his own dad at a World Cup.

Mind you, he is used to getting earache from Phil – he is his coach at Wigan! 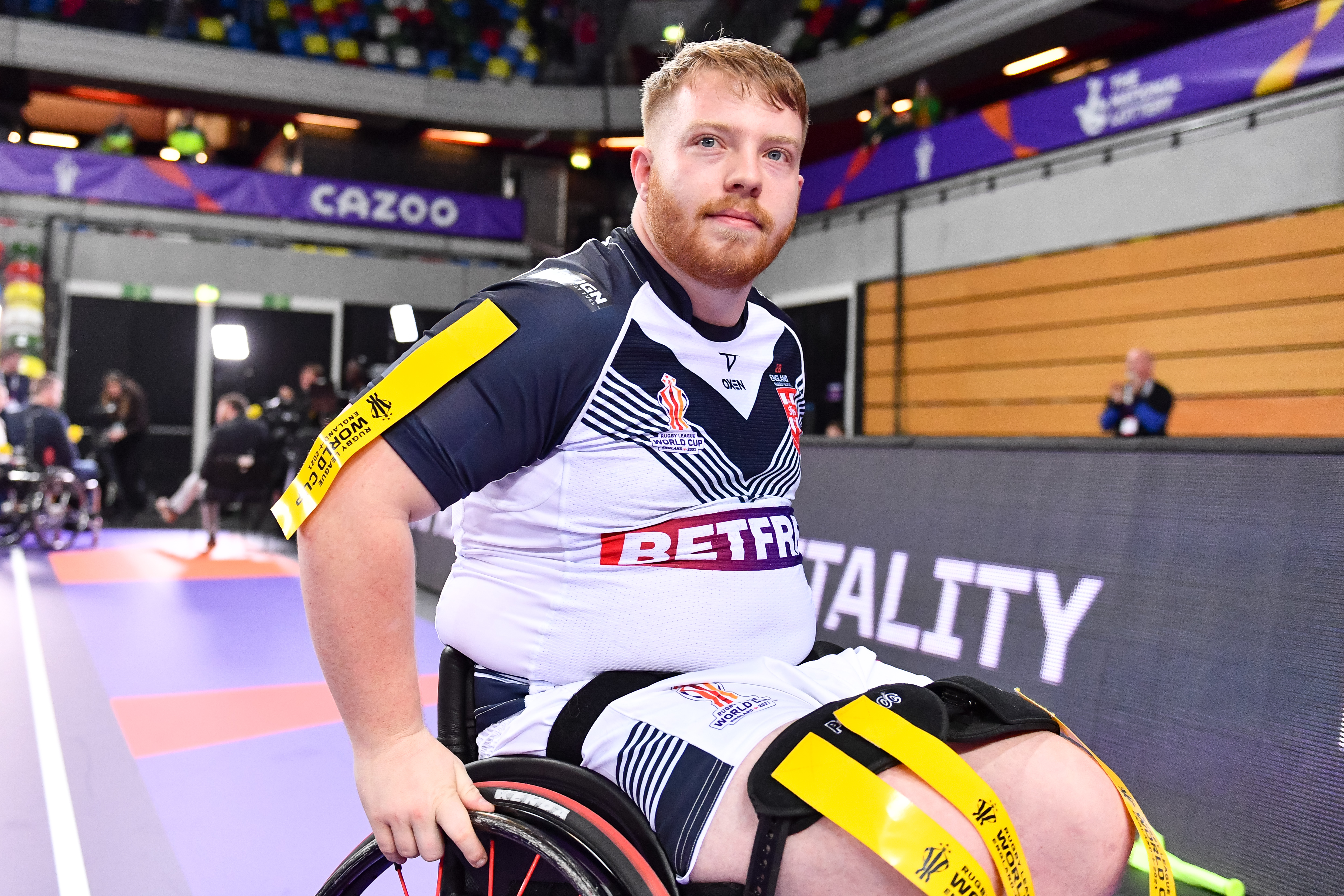 The father-and-son will be on opposite sides as England take on Ireland at London’s Copper Box today.

Phil qualifies for Ireland as his grandparents came from the Emerald Isle, one generation too far for his boy.

And there will be no easing off, even if it means one of the huge metal-on-metal collisions of chairs that have made the wheelchair game the star of the show.

“We’ve seen each other a couple of times as our hotels aren’t far apart. Everything’s as normal at the moment but I’m sure that will have changed come the first whistle today.

“And 100 per cent, we’ll be willing to smash into each other. There’ll be no holding back and we’ll treat each other like normal opposition. 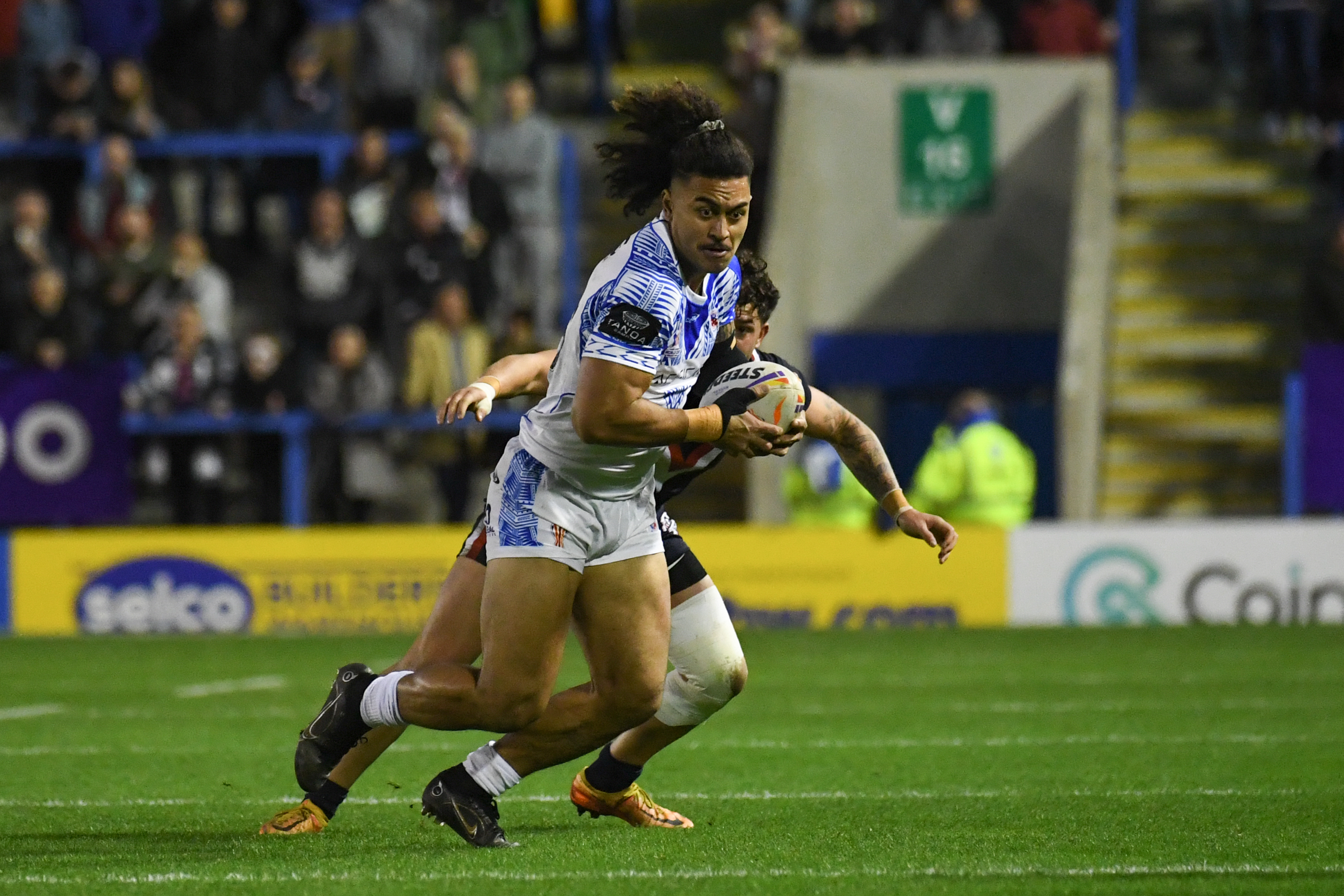 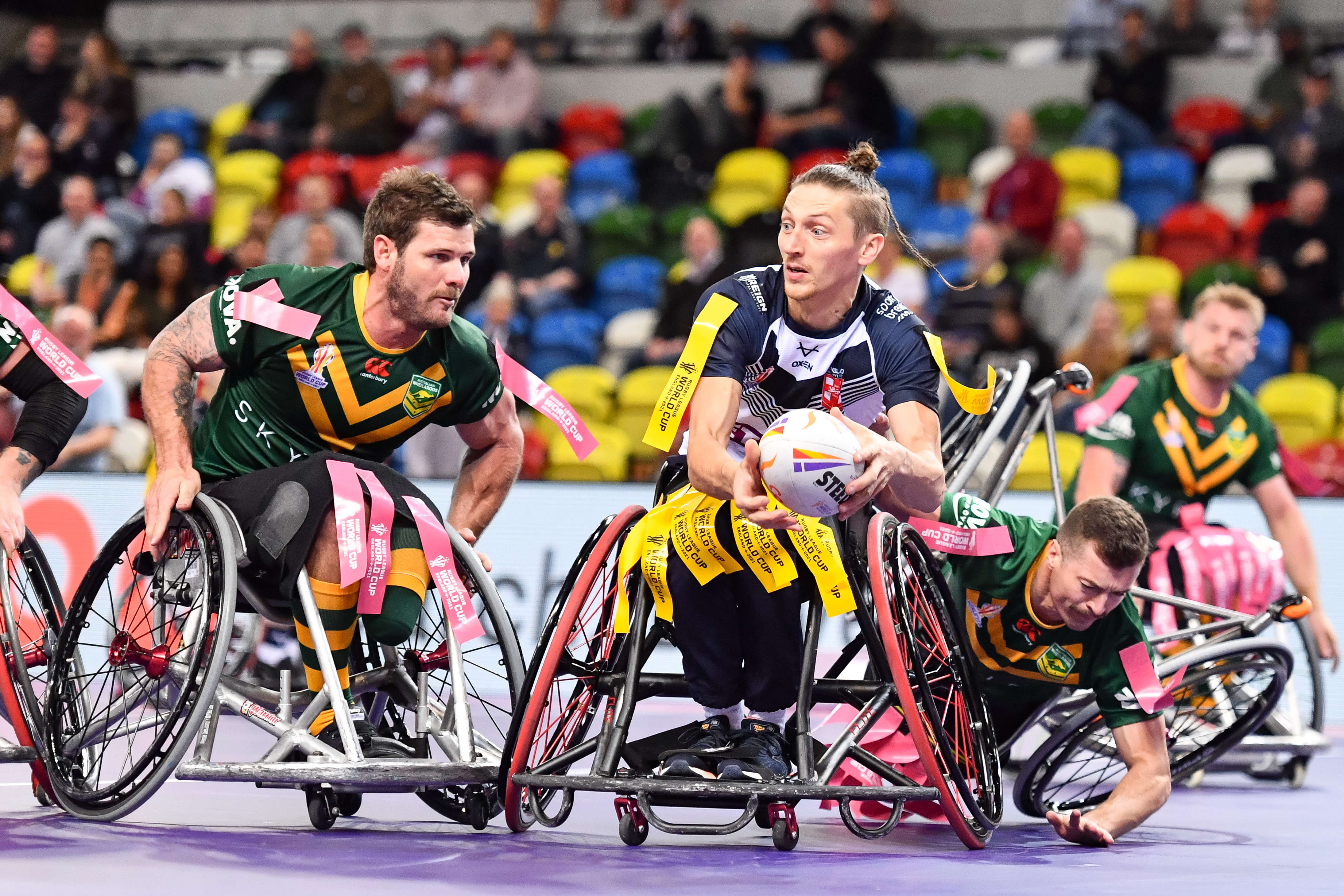 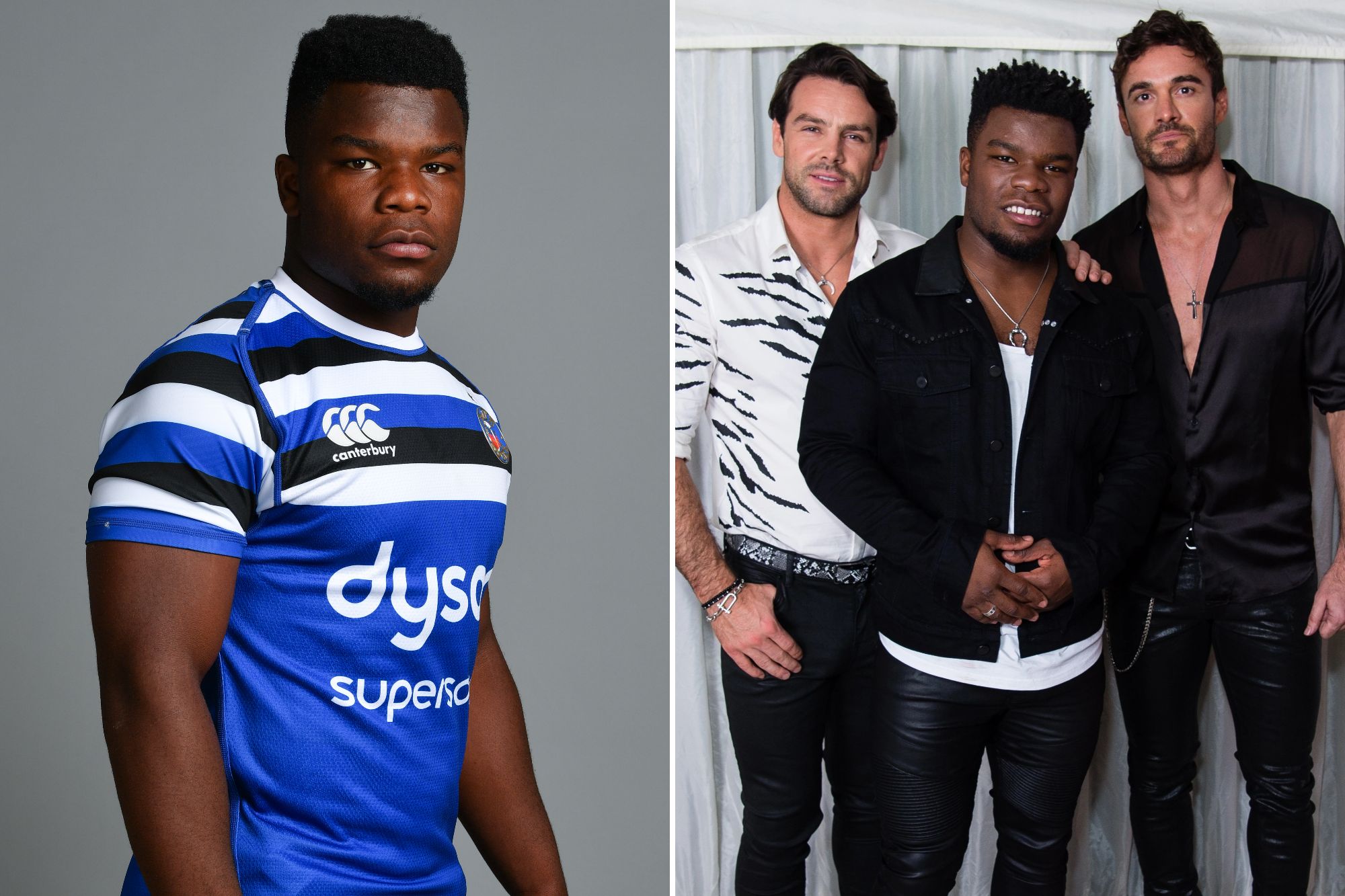 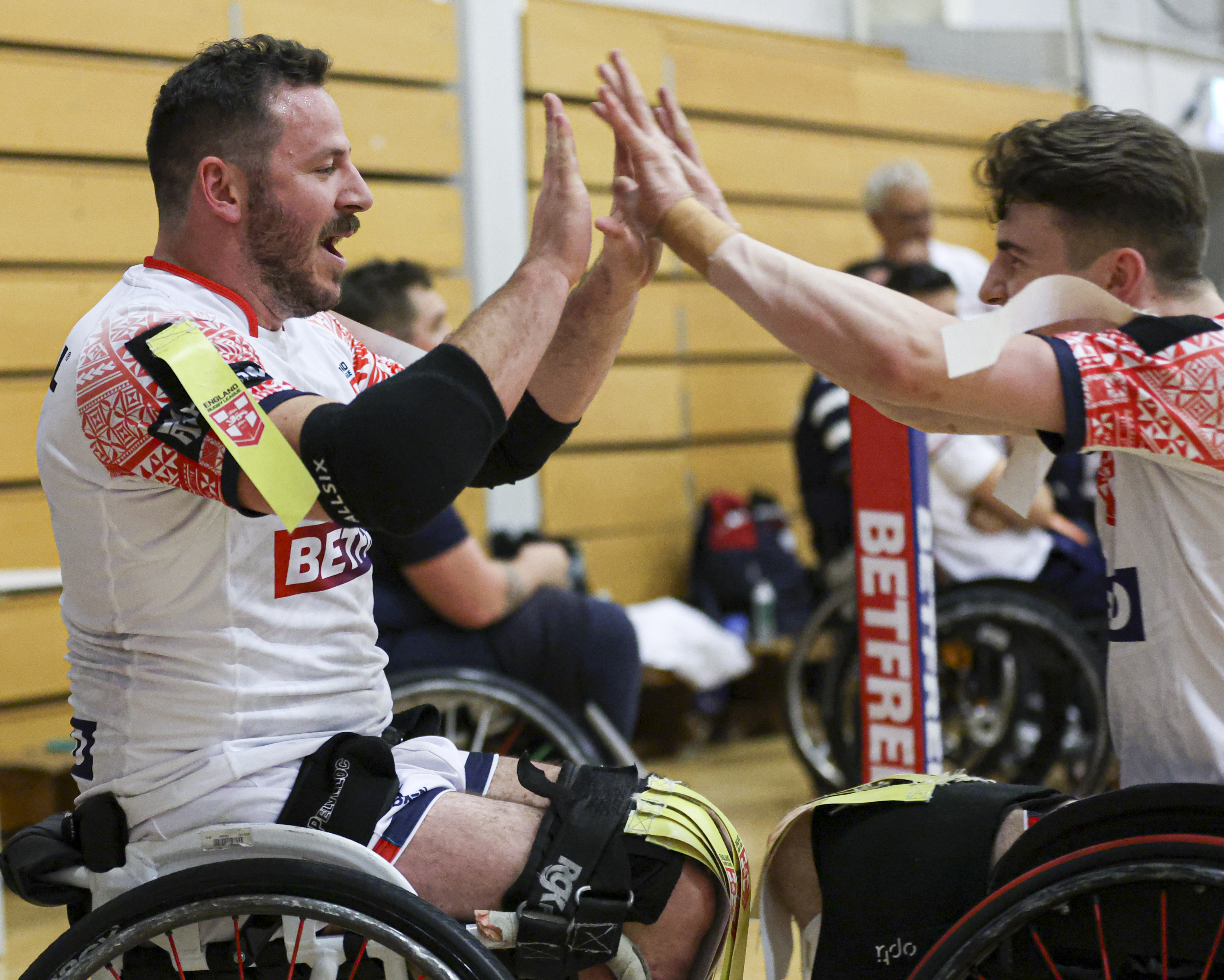 “It’ll be enemy v enemy during the game then back to normal afterwards. He’s been my coach for 15-20 years, he also coached me in running rugby at Leyland Warriors.

“And it’s because of dad I started playing wheelchair rugby. With him being disabled, that was the way we could play in games together, it’s taken off from there.

“A few of the family will be there. They’ll try to remain neutral and will support us both.”

And Sunday’s 3,268 for the second match against Spain was more of a shock than the 3,033 for the opener against Australia. 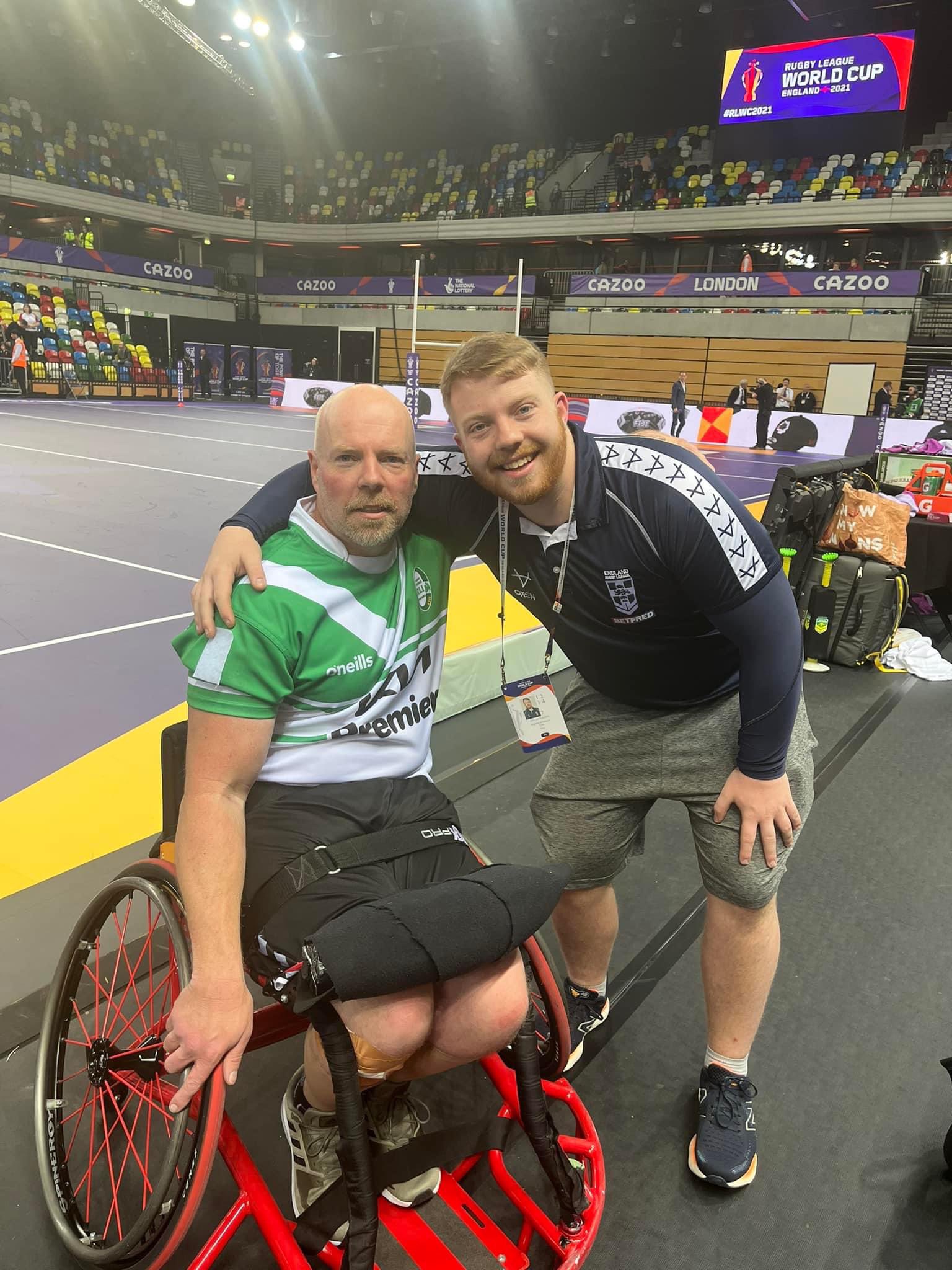 The 25-year-old added: “We were told it would be a big crowd for the first game but we weren’t too sure for the second.

“It was more of a shock, we had absolutely no idea what to expect. Normally, we get 10-100 people!

“Now we’re having to shout to each other as we can’t hear each other speak. It’s not something we’re used to but we’re making sure we feed off it.

“And logging on to social media is surreal, wheelchair rugby league’s everywhere! It’s brilliant to get it out to a wider audience.”