Jason Day is on a mission at this week's Pebble Beach Pro Am after a series of close calls at the US PGA Tour's iconic California tournament. 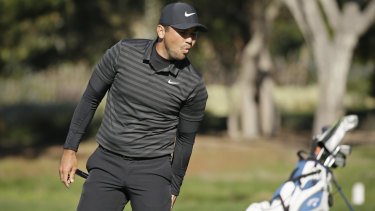 Day's five top-six finishes in nine appearances have been the closest anyone has come to ending Australia's title drought at the celebrity-studded event on the Monterey Peninsula.

That drought stretches back to 1993 when Brett Ogle became the second Australian to win it after Bruce Crampton (1965).

Former world No.1 Day's recent results at the Pebble Beach event include joint runner-up to Ted Potter jnr last year, sharing fifth behind Jordan Spieth in 2017 when Day held the 36-hole lead, and a tie for fourth in 2015.

But coming off a top-five result at Torrey Pines, Day is confident of settling a score with an event that has taunted him more than any other in the US.

"I've had some very good finishes here and I feel like I am going to win this tournament one year," Day said on Tuesday.

The Pebble Beach Pro Am has 156 professionals playing a PGA Tour tournament concurrently to a teams event with 156 amateur partners.

Each group has two professionals and two amateurs and the event is played across three courses – US Open rotational venue Pebble Beach Golf Links, as well as Spyglass Hill and Monterey Peninsula Country Club.

The tournament is one of the more hyped events on the PGA Tour for its celebrity participation in the amateur draw.

But Day says the event's profile, and long rounds due to amateur participation, have not contributed to his inability to win it. 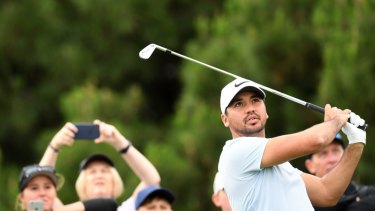 "I've had a lot of top fives and top-10s and played really well here, but I don't know what has stopped me from winning," Day said.

"All three courses suit my eye, but I guess I just have to be patient and let things unfold.

"Sometimes you just get beat on the day, even though you played well. Ted Potter played better than everyone last year."