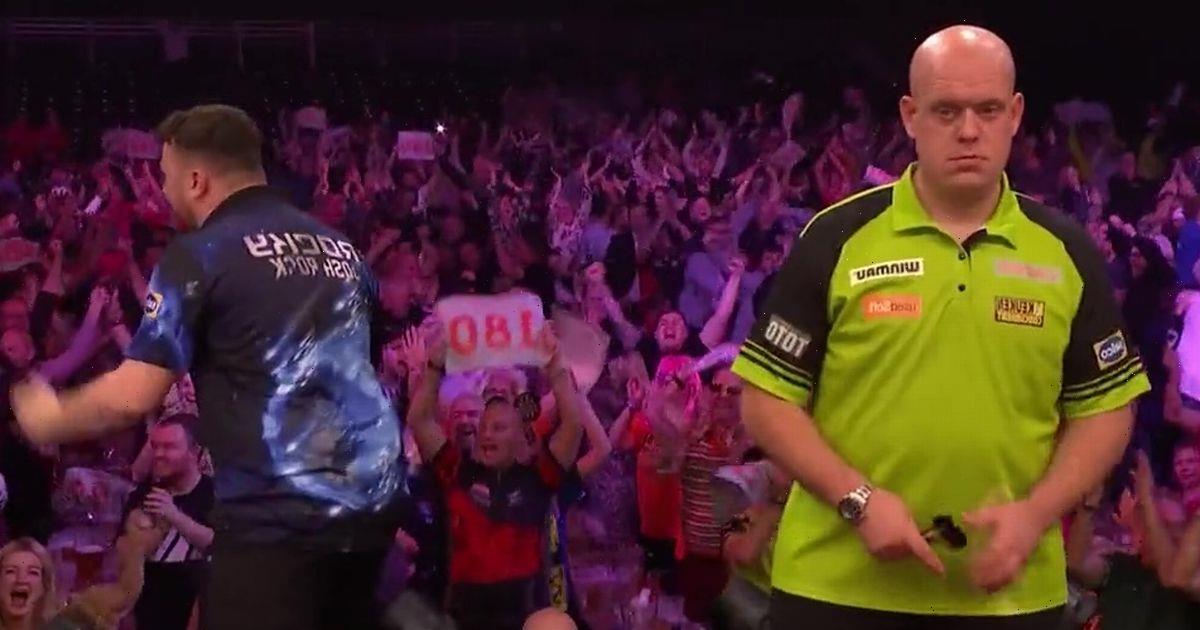 Arrowing six straight darts into the treble 20, the Northern Irishman left the world number three stunned with another treble 20 and a treble 19 before slamming his final dart into the double 12 to complete a remarkable second leg.

Sending the Wolverhampton crowd wild, 21-year-old Rock immediately ran away to the edge of the stage to celebrate by punching the air jubilantly. Though the contrast in the player's reactions couldn't have been more evident with Van Gerwen dumbfounded by the youngster's accuracy.

READ MORE: Everyone in Carlsberg's World Cup ad and where they are now – from Tubes to Jeff Stelling

But in a pulsating final, where both players averaged over 103, the three-time champion rallied to edge himself ahead in the closing stages of the match, winning the 15th leg on Rock's throw to claim an 8-7 lead.

Sealing out the win in style, the Dutchman was quick to praise Rock's performance in his post-match interview whilst also explaining his look of astonishment following the nine-darter.

HAVE YOUR SAY! Are you excited by Josh Rock? Let us know in the comments section.

"But what this guy is producing at the moment Josh Rock, he's a phenomenal player and we're going to hear a lot of him really really soon. But I still had to beat him and it wasn't that easy. I had to dig deep today."

Asked specifically on Rock's nine-darter, van Gerwen replied: "I said to him well done in the break but on the stage, when it's 1-1, I have to do my own thing. I have to focus on myself I have to concentrate. Everything else on my mind is only a distraction."

Van Gerwen will play the winner of Luke Humphries and Ross Smith in the quarter-final stage on Saturday evening (November 19).