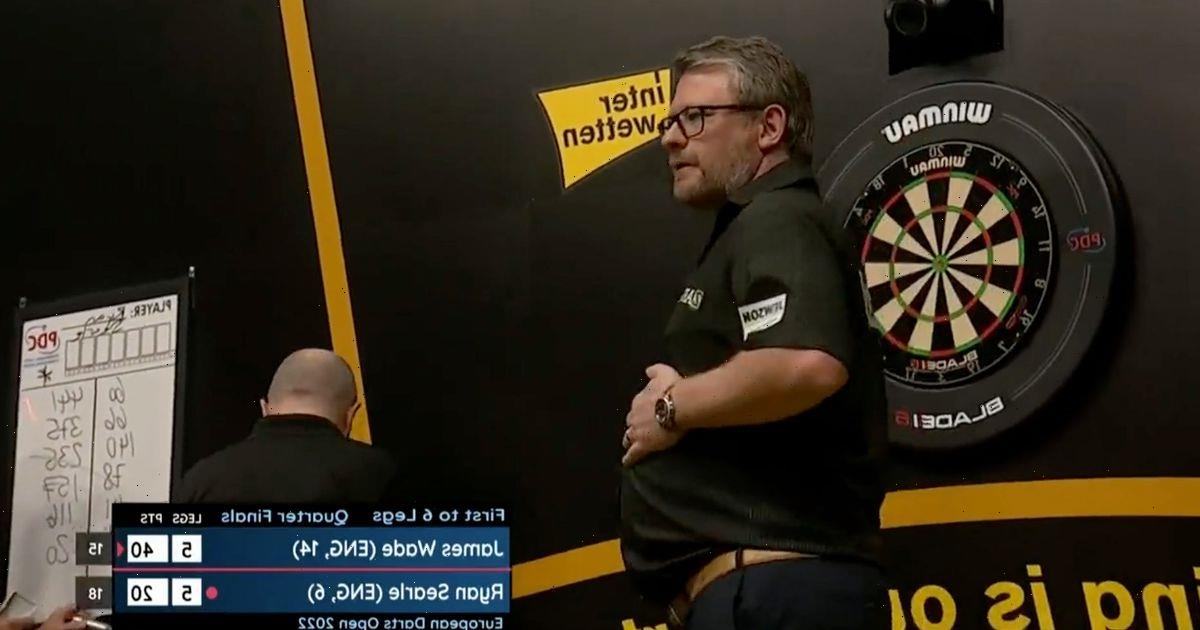 James Wade was forced to withdraw from the European Darts Open on Sunday due to illness.

The Machine came through a tight quarter-final against Ryan Searle, winning 6-5 but after feeling unwell during the match was advised to pull out of the event. As a result, his scheduled semi-final opponent, Dimitri van den Bergh, received a bye into the final. The exact nature of Wade’s illness is unclear, with the next night of Premier League action coming up in Sheffield on Thursday.

After Wade’s withdrawal was announced, fans were quick to take to social media to wish him well, with Jonas Jacob tweeting: “Only the best for @JamesWade180 Get well soon.”

sam_w18_ added:" Get well soon wadey". while @gr34t_sc0tt posted: “oh no! get well soon wadey.” Shaun Betts tweeted: "Best player to never win a world title, people on here saying he didnt fancy it etc. Look how well he has been playing. He would have deffo gave @MvG180 a good game. Proper #darts fans will understand! Get well soon @JamesWade180, one of the best!”

In the final, Van den Bergh was beaten as Michael van Gerwen secured his 35th European Tour title. An exciting match began as Van den Bergh broke with a 13-darter, but Van Gerwen replied in kind to level and also added an 11-darter as he moved 3-1 up.

Van den Bergh hit back to level at three-all and responded to a superb 164 checkout from Van Gerwen to take out 80 in leg eight. Van Gerwen, though, found another gear to pull clear, hitting six perfect darts in a 12-darter in leg nine and then finding double four to move 6-4 up.

Can James Wade win the Premier League? Have your say in the comments section below

Three missed doubles allowed Van den Bergh in to win leg 11, but the Belgian then paid for missing two darts to level the tie as Van Gerwen posted double ten to restore his two-leg lead and double eight to seal the title.

"It was really hard and I'm glad I won," said Van Gerwen, who averaged 102.49 in the final. "Dimitri is a phenomenal player, he always pushes me and he's a good player and a good guy.

"Sometimes he's a bit naive but I like him, and I think he's good for darts. The crowd today were phenomenal and I can't wish for anything more. It's always amazing in Leverkusen."