Speed demon Mitchell Starc took no mercy on Australia's Test aspirants as vice-captain Josh Hazlewood moved to allay doubts over the durability of the team's premier quicks, declaring he is confident the big three will get through all four Tests against India.

Tuesday is shaping as D-Day for Marcus Harris and Peter Handscomb as they present their closing arguments to selectors for inclusion in the first Test starting on Thursday. 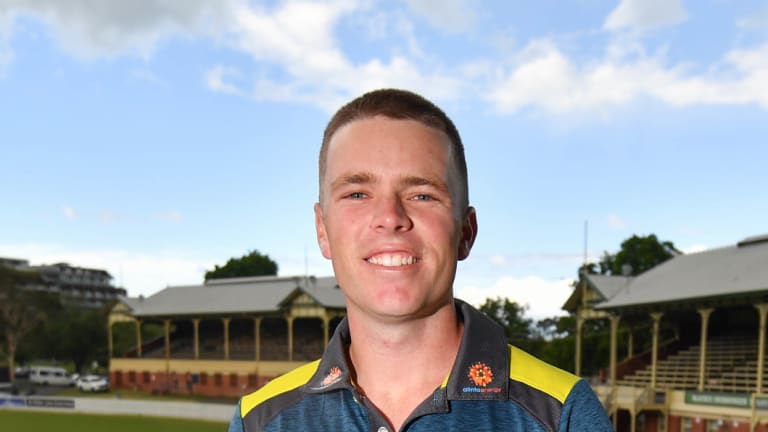 The pair, along with the rest of Australia's batsmen, were given a stern examination by the quicks on Monday as selectors contemplate how they will plug the massive hole left by banned pair Steve Smith and David Warner.

In the period where they ruled Australian cricket, the star duo contributed more than a third of Australia's runs while nearly half of the 45 centuries scored came from their bats.

Even in their recent net sessions, despite being limited to playing at first-grade level, Smith and Warner have impressed Hazlewood with how quickly they have adjusted to facing world-class bowling.

"They're a little bit behind the pace the first couple of overs each time from playing the level of cricket they're playing then stepping into the nets – you can't replicate 140 km/h in club cricket," Hazlewood said.

"It's just amazing how quickly it takes them to get back to where they were, especially bowling to Smithy."

Hazlewood spoke of his "tremendous faith" in the top order though independent judges will find it hard to share that confidence given Australia's displays with the bat since the ball tampering scandal.

Starc and Hazlewood posed major threats to their teammates in the nets on Monday. Starc had batsmen guessing with his mix of bumpers and rib ticklers.

His high speed forced Handscomb right back onto his stumps, in contrast to him taking guard well outside his crease against the net bowlers brought in for the day.

"The nets are pretty fiery, everyone feels a touch quicker in the nets as well," Hazlewood said.

"I always make sure I bowl when Pat [Cummins] or Mitch are batting so I don't have to face them."

Much is riding on the shoulders of Starc, Cummins and Hazlewood if Australia are to preserve their unbeaten record at home against India.

The naming of five quicks in the squad raised some eyebrows within Australian cricket with some insiders wondering if it was an indication there were doubts over their ability to play through the series.

The big three missed only one match in last season's Ashes but Hazlewood said four Tests in a month will challenge their constitution but believed they would get through.

"It all depends how much you bowl during the games. Maybe Adelaide and Perth will have the most in the wickets out of the four tracks," Hazlewood said.

"If you get a light innings here or there it pays dividends later in the summer. We're confident."

Hazlewood said a firing Nathan Lyon was the "key" to the attack, as he enabled the quicks to get longer breaks between spells.

"You hardly hit a run off him and he takes wickets. It's pretty key to have him the other end. He makes that group what it is," Hazlewood said.

"It brings you back quicker. You deteriorate towards the end of the day for those spells. You're coming back earlier and earlier each time. The pace may drop off or the fatigue can set in and they get on top of you. That rarely happens with Gaz."