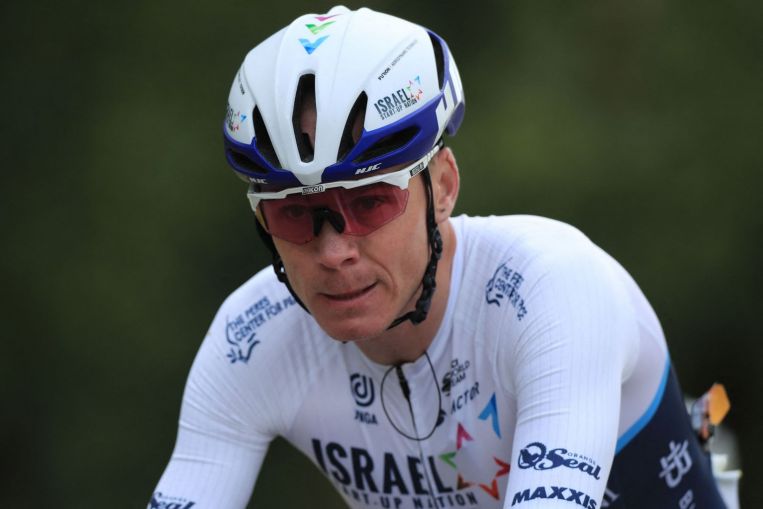 LANDERNEAU, FRANCE (AFP) – Four-time Tour de France winner Chris Froome escaped serious injury when he got caught up in a crash-strewn first stage of this year’s race on Saturday (June 26).

Many others were also caught out in mass pile-ups in two falls – the first at 45km caused by a spectator in the road holding up a sign and the second within 8km of the finish where world champion Julian Alaphilippe claimed the stage victory.

His Swiss teammate Reto Hollenstein also required a visit to hospital for a scan.

“Further checkups at the hospital have ruled out any fractures for @RetoHollenstein and @chrisfroome after their crashes today,” said a team statement.

“They will be monitored by the team’s medical staff overnight. Another update will be given tomorrow morning.”

Froome is racing the Tour de France for the first time since suffering multiple injuries when crashing into a wall at high speed in May 2019.

He showed astonishing determination and professional focus on his long struggle back, leaving Ineos and joining ISN.