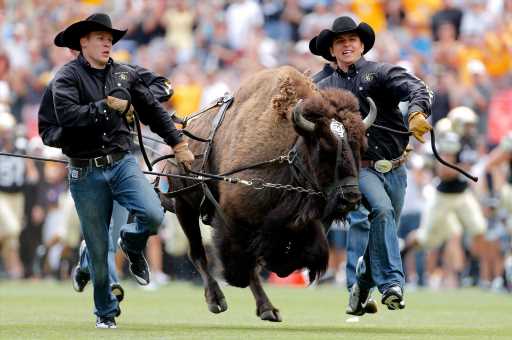 For the first time in two autumns, the CU Buffs are coming back to Mile High.

The Buffs had been slated to play at A&M in College Station this past Sept. 19, but that game was canceled because of the coronavirus pandemic.

“We were disappointed that we couldn’t play in College Station (in 2020),” CU athletic director Rick George said in a statement released by the school, “but we worked closely with (A&M athletic director) Ross Bjork and officials at Empower Field at Mile High to bring the game to Denver.”

The two programs have never played at a neutral site.

A&M was one of the top teams in the country in 2020, posting a 9-1 record and narrowly missing the College Football Playoff field. The Aggies’ only defeat was a 52-24 loss at Alabama, the eventual national champion.

Before a pandemic-shortened 2020 campaign, the Buffs had opened their previous 10 seasons (2010-2019) at Empower Field for the Rocky Mountain Showdown against Colorado State. CU posted an 8-2 record in those contests. The Buffs are 54-35-3 overall in games played in Denver and 26-11-1 in Denver against teams from other cities or states.