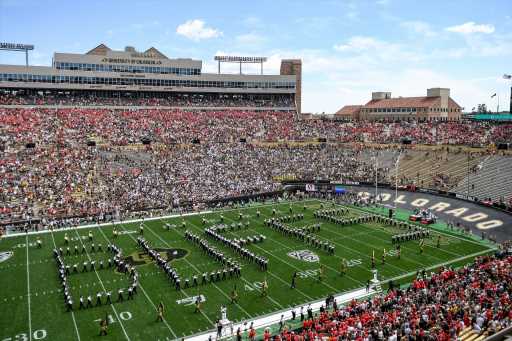 BOULDER — The bean-counters at CU might have enjoyed the financial windfall from all those Nebraska Cornhuskers fans taking over Folsom Field in September 2019.

And to underscore that point, Boyle confirmed during the Buffs’ preseason media day on Tuesday that he’d sent a letter to CU ticket-holders asking them specifically not to sell tickets for that Dec. 21 contest to Jayhawks fans or to third-party re-sale outlets.

“Nothing against my alma mater,” said Boyle, who played basketball at KU from 1981-85. “I coach the Buffaloes. I want the Buffaloes to have a home court advantage like I know we played (against) in Allen Fieldhouse and got our hats handed to us.”

The Buffs have dropped 21 of their last 22 meetings against Kansas dating back to 2003, including a 72-58 setback at Lawrence back on December 2019. But that one victory took place at the Events Center in December 2013 — a 75-72 CU win Boyle said was helped by a crowd that appeared to be “98%” dressed in gold and black.

“And it helps us (in) winning games,” said Boyle, a Greeley native.

The Buffs’ football team wound up winning that 2019 game against the Huskers in overtime, 34-31.