Madrid: Real Madrid suffered their heaviest ever home defeat in Europe on Wednesday when the already-qualified Spaniards were thumped 3-0 at the Santiago Bernabeu by CSKA Moscow in the Champions League.

The Russian side's remarkable victory, however, was still not enough to secure them a spot in the Europa League as they were pipped to third place in group G by Viktoria Plzen. 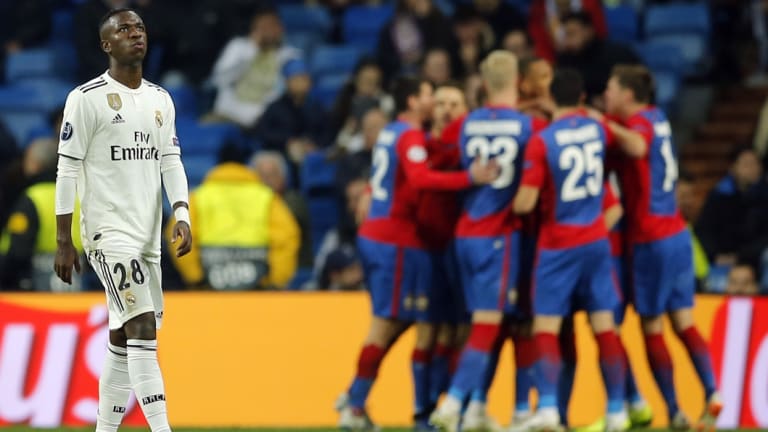 Feder Chalov put CSKA in front against the group winners and triple Champions League holders with a curling shot in the 37th minute and Georgi Shchennikov doubled the visitors' advantage two minutes before half-time with a scrappy volley on the rebound.

Iceland international Arnor Sigurdsson struck a remarkable third goal for the Russians in the 73rd minute.

CSKA's only two wins in the competition this season have come against the 13-times winners and they finished bottom of the group on seven points due to their inferior head-to-head record against Plzen, who beat AS Roma 2-1.

Real, who were already guaranteed top spot, remained on 12 points while Roma, who had clinched second place in the group, ended on nine.

Madrid coach Santiago Solari had made seven changes. "It was important to give the young players and those coming back from injury a chance to play but we did not expect this result," Solari told reporters.

"I took risks with the starting line-up we played and I take responsibility for that."

CSKA also won 1-0 in the Russian capital in October when Julen Lopetegui was in charge of the Spaniards, a result which sparked the beginning of the end for the Spanish coach's brief spell in charge of Real.

Hoping to spark a second-half revival, Solari threw on Gareth Bale but had a scare when the injury-prone Wales forward appeared to hurt his ankle and required treatment on the pitch, but he was eventually able to continue.

Solari, who has won eight and lost two games since succeeding Lopetegui, said he had no complaints with the fans booing. 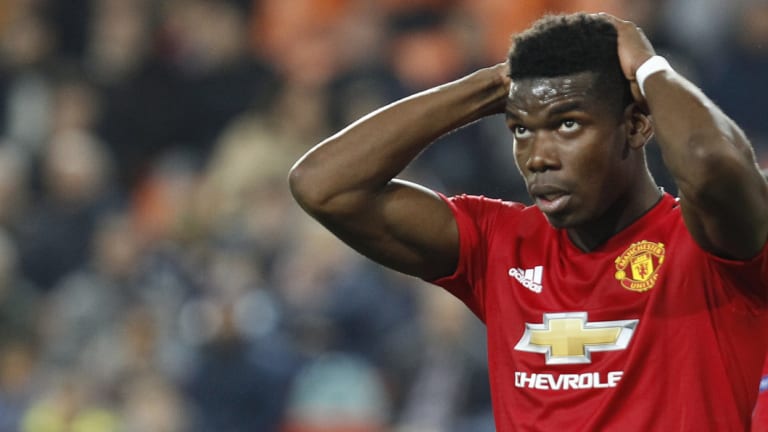 "It's normal for the fans to express themselves if they do not like what they see, but we did not like it either," he added.

Manchester United, meanwhile, have squandered their chance to finish top of group H after a 2-1 defeat at Valencia.

Carlos Soler gave the hosts the lead before a disastrous Phil Jones own goal early in the second half extended Valencia’s advantage.

Marcus Rashford gave United hope with an 87th-minute strike but Juan Mata couldn’t connect on a tough volley chance in the final minute of the game as United finished behind Juventus, who were shock 2-1 losers at Young Boys.

Two goals from striker Guillaume Hoarau gave the Swiss a buffer at home. Paulo Dybala pulled Juventus back into the game with a goal in the 80th minute and had an effort in stoppage-time disallowed when Cristiano Ronaldo was called for offside.

Manchester City were confirmed as group F winners with a 2-1 come-from-behind home win over Hoffenheim while Lyon joined them in the last 16 after a 1-1 draw at Shakhtar Donetsk.

Leroy Sane scored both City goals, including a free kick from 30 metres, in reply to Andrej Kramaric’s 16th-minute penalty.

Bayern Munich and Ajax battled out a 3-3 draw in a gripping group E clash as both teams finished the game with 10 men. Robert Lewandowski scored twice for the Germans who topped the group, ahead of their Dutch hosts.

Benfica edged AEK Athens 1-0 in a game that meant little for both sides.