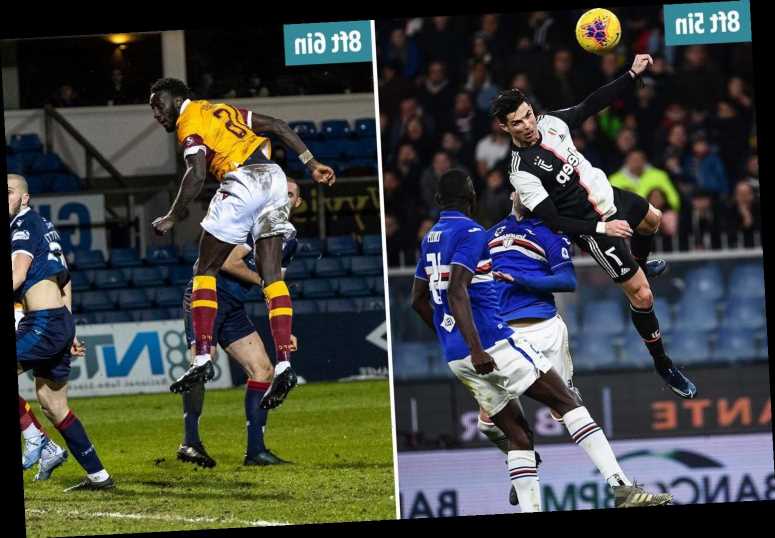 CRISTIANO RONALDO has had one of his many records broken – by Motherwell defender Bevis Mugabi.

In December 2019, the Portuguese superstar, 35, scored an incredible header for Juventus against Sampdoria. 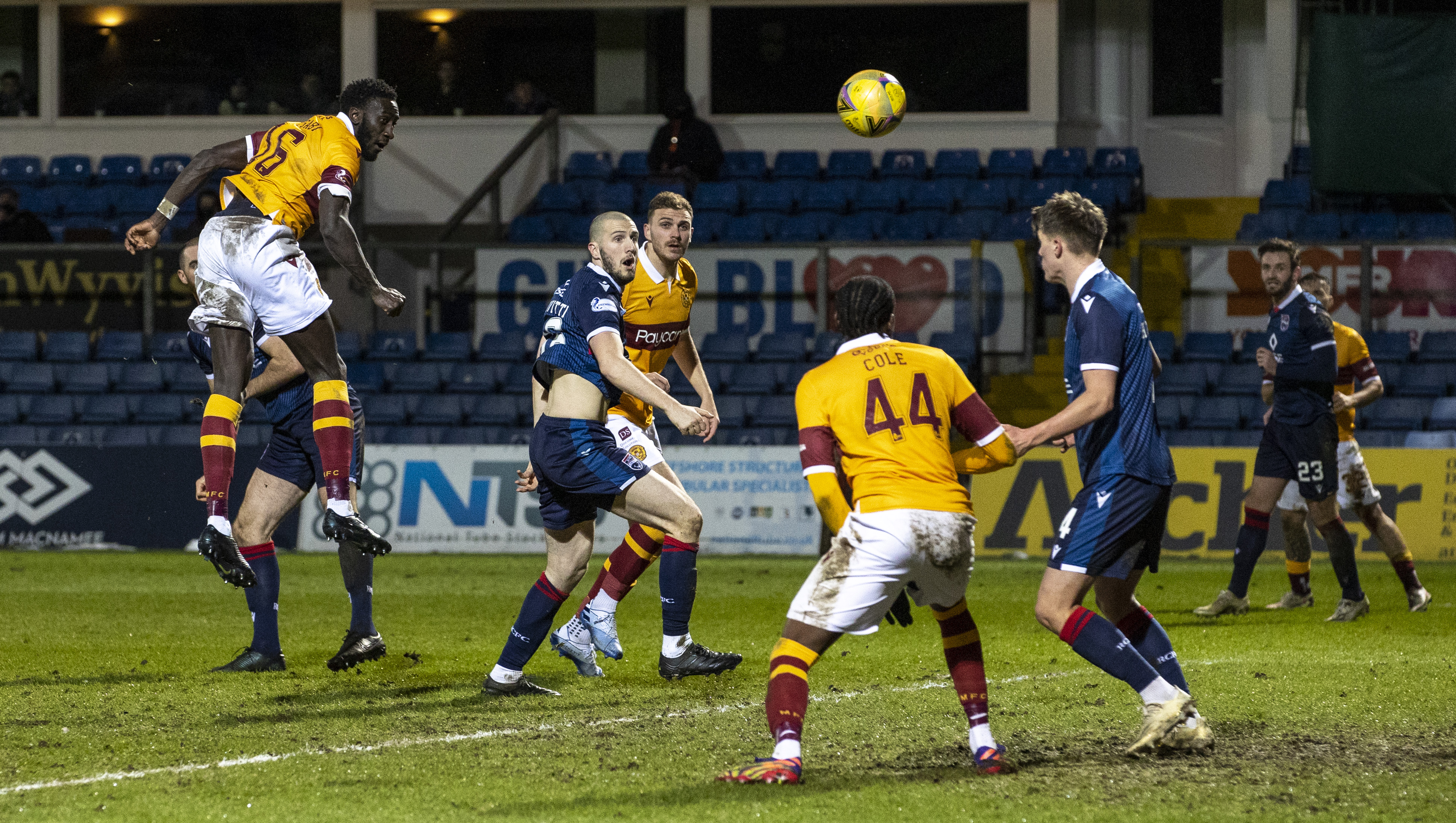 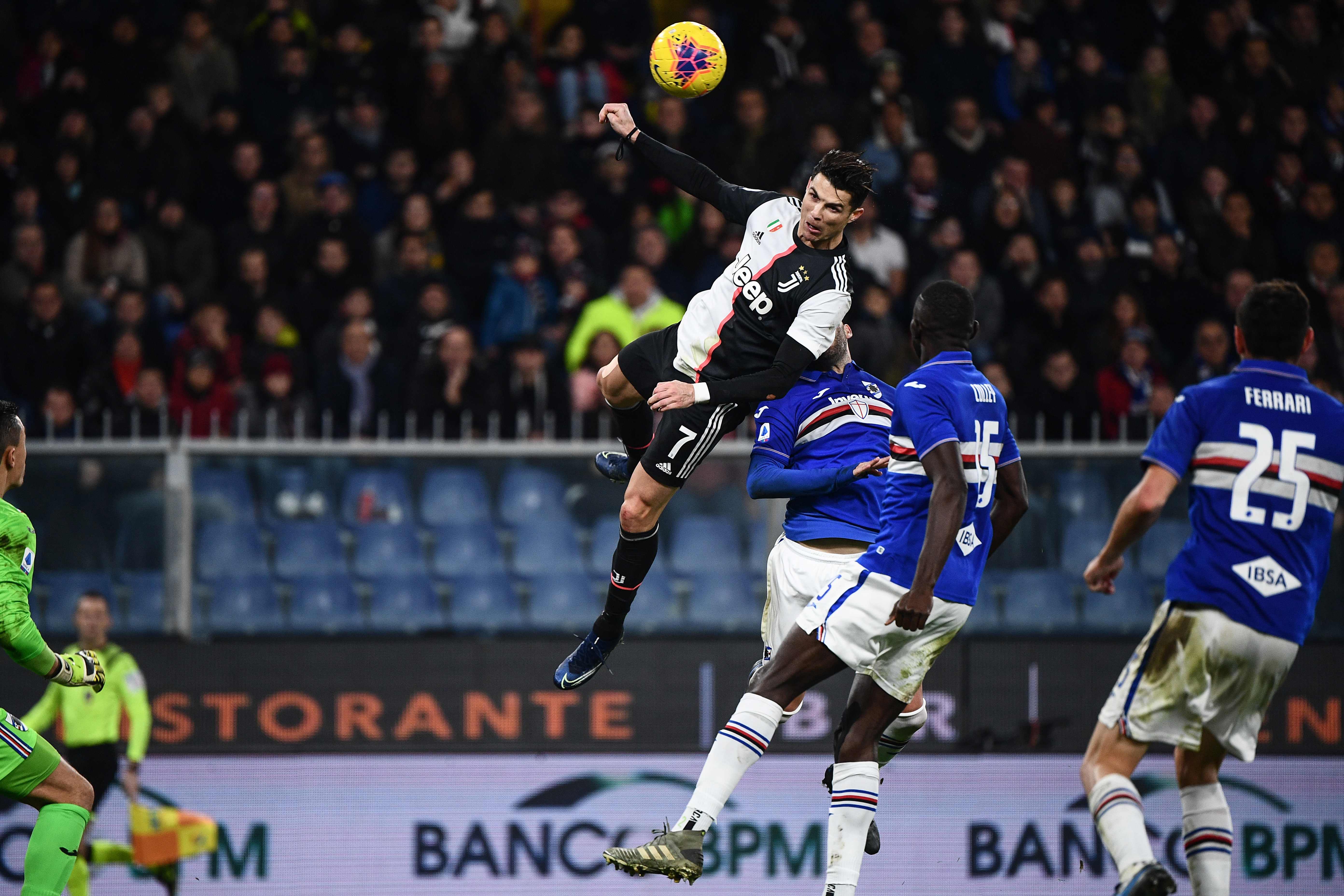 In a ridiculous display of athleticism, Ronaldo jumped to a height of 8ft 5in in the air to nod home the winner in a 2-1 nail-biter.

The vertical leap was a record goal-scoring jump at the time.

But as of this week, Ronaldo's record is no more.

Incredibly, Motherwell star Mugabi, 25, jumped an inch higher – at 8ft 6in off the ground – to score in the Scottish Premiership clash at Ross County.

With the game evenly poised at 1-1 and just 20 minutes to play, the Ugandan ace rose highest to power home a header.

The sensational display of leaping ability snatched all three points for Motherwell.

The win could prove vital too, as the visitors leapfrogged Ross County into tenth in the table.

Not content with simply breaking Ronaldo's record, Mugabi even poked fun of the Juventus legend after his goal.

BEST BETS TODAY: GET THE TOP PRICES AND BOOSTS AVAILABLE

After the game, ex-Yeovil star Mugabi joked: "He's a very competitive guy so I might need to drop him a DM and say, 'bro you need to up your game.'

"I'm not really a social media person but my phone has been blowing up and going non-stop since Wednesday – it's been a bit scary!"

Asked if Ronaldo would start watching clips of him in action for tips, former Southampton academy star Mugabi joked: "He better be!

"It's also nice to get compared to one of the greatest of all-time and being able to jump as high as him is mad.

"It's a nice thing to have but I was more happy with the result than the goal."

Mugabi added: "I've always had a good leap but nobody's had the chance to see it.

"I work on it in the gym by doing box jumps and I'm always trying to add to my game.

"I always try to enter every game being as fit as possible – sprinting the fastest, jumping the highest or recovery runs.

"I'll try on the end of more crosses. I can't guarantee that I'll be jumping as high as Ronaldo again though."