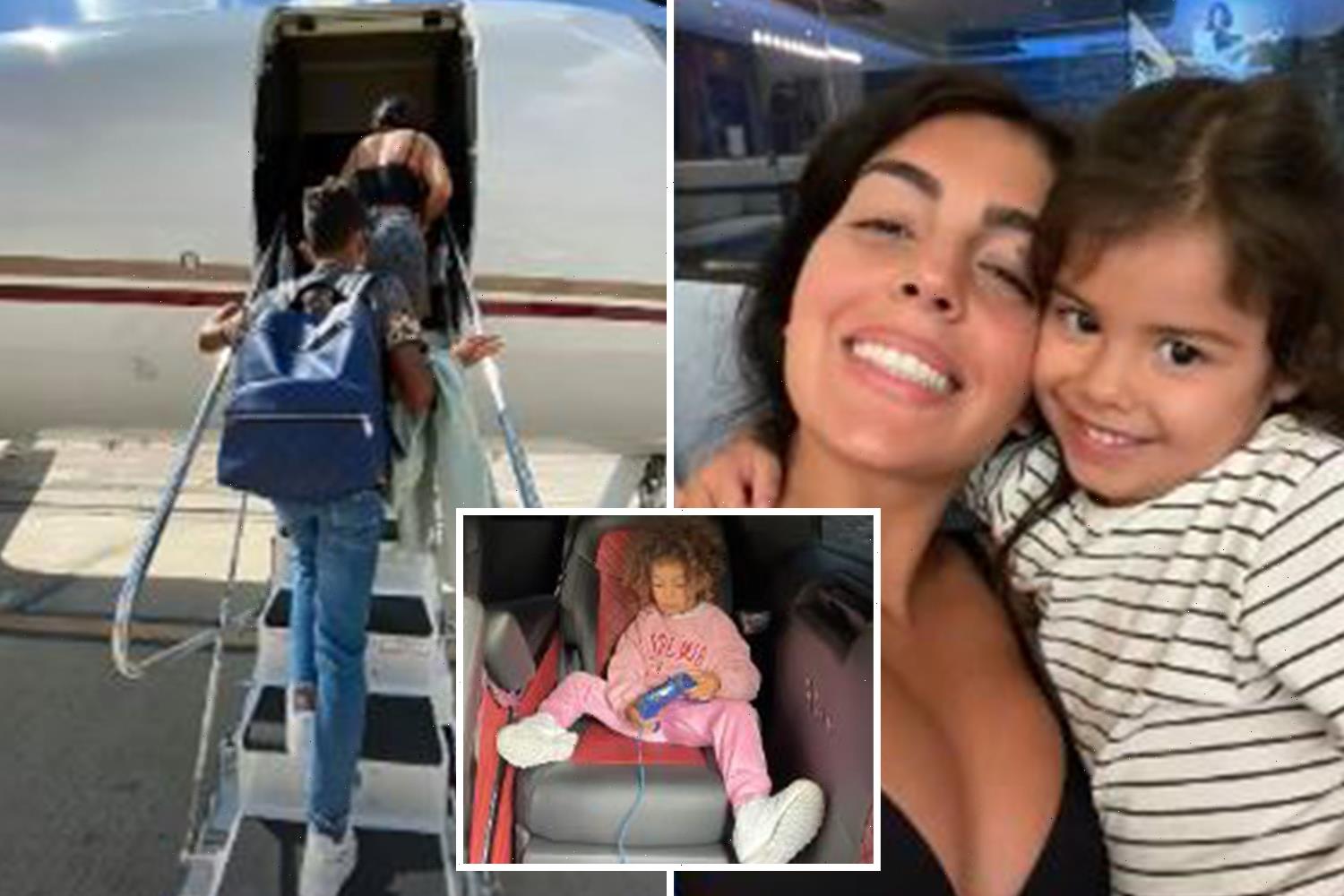 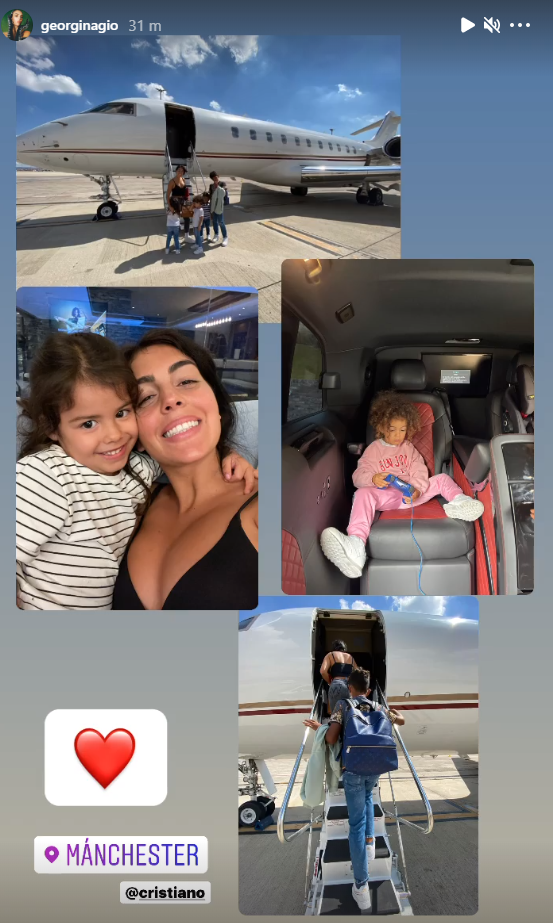 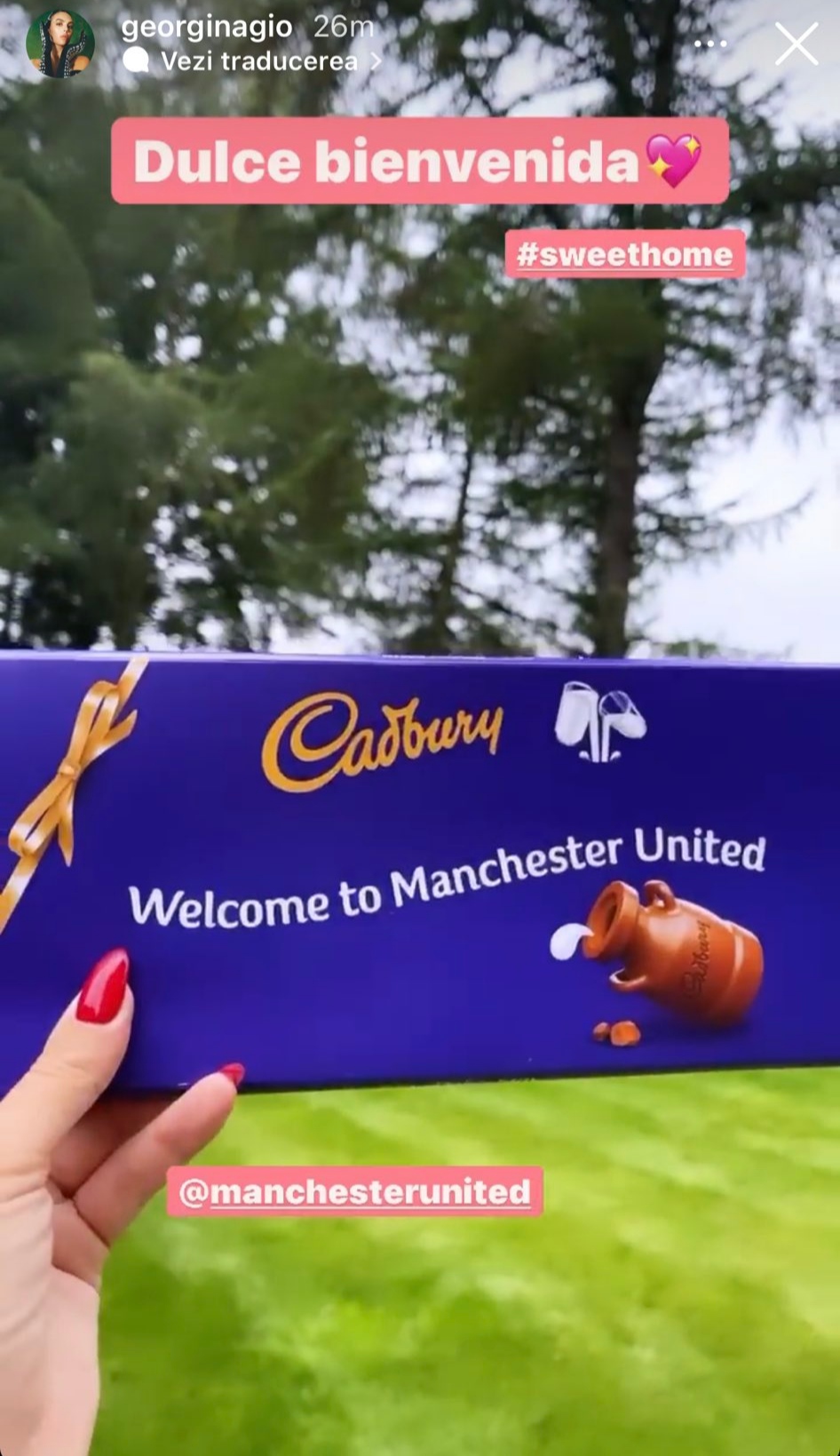 Having only started dating in 2016, Manchester will be all new for Georgina.

But she certainly seems excited by the fresh start.

The 27-year-old posted a collage of photos to Instagram of her and the kids travelling by private jet.

And she can be seen beaming ear-to-ear, while also including the heart emoji above the Manchester location tag.

Ronaldo himself was supposed to be on international duty until well into next week with Portugal.

But after CR7's yellow card against the Republic of Ireland this week ruled him out of Tuesday night's qualifier against Azerbaijan, the Man United forward was allowed to leave the Portugal camp early.

Fernando Santos' side play Qatar on Saturday in a friendly, with Ronaldo not set to be involved.

United's new No7 is now free to return to Carrington… and join up with the rest of his family in Manchester.

Earlier this week, Georgina stunned in black at the Venice Film Festival.

But she will now have to find new hobbies in Manchester, having spent a good chunk of her summer on her yacht.

She'll surely start by checking out her man's old stomping ground, when Ronaldo makes his Theatre of Dreams return next Saturday against Newcastle United. 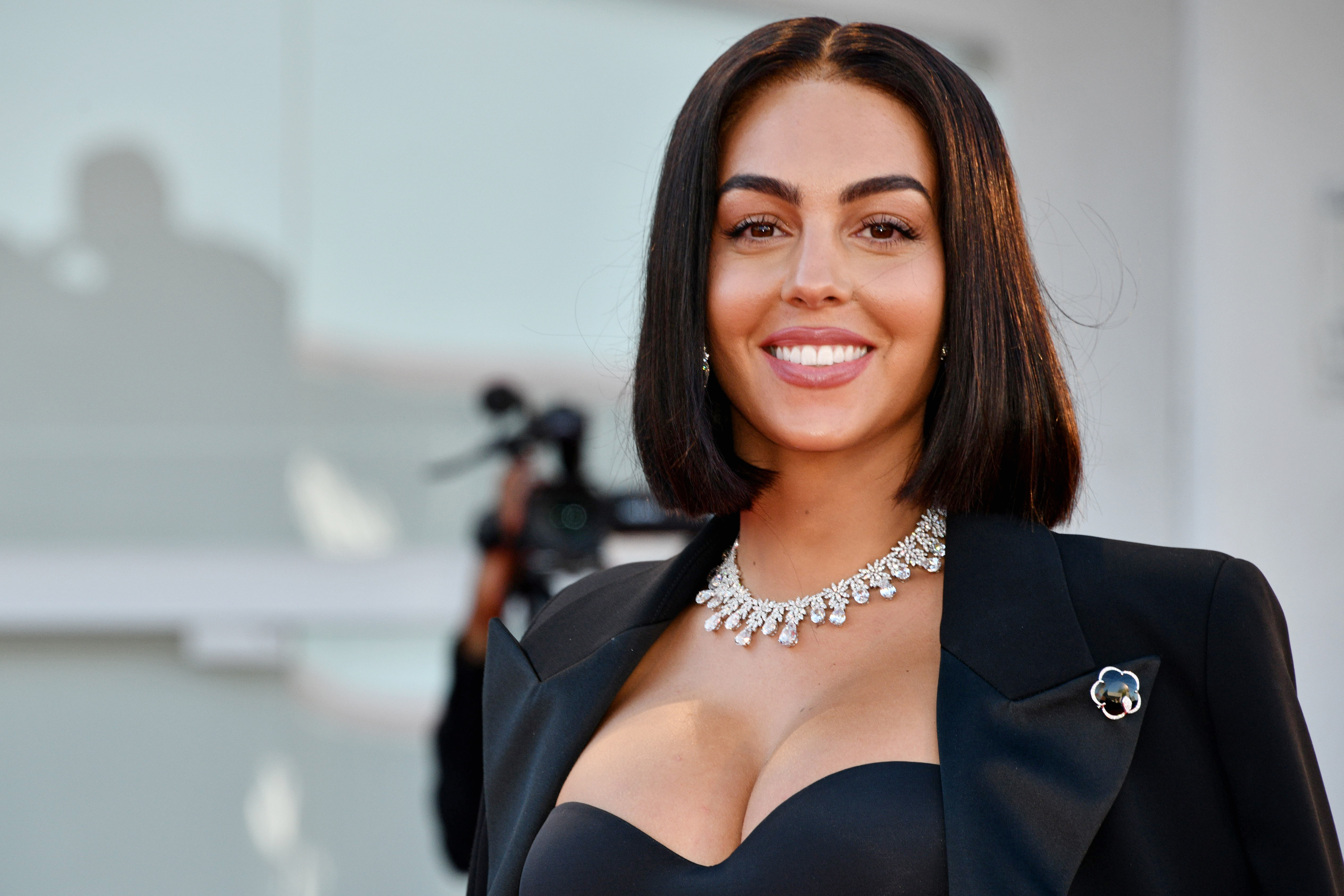 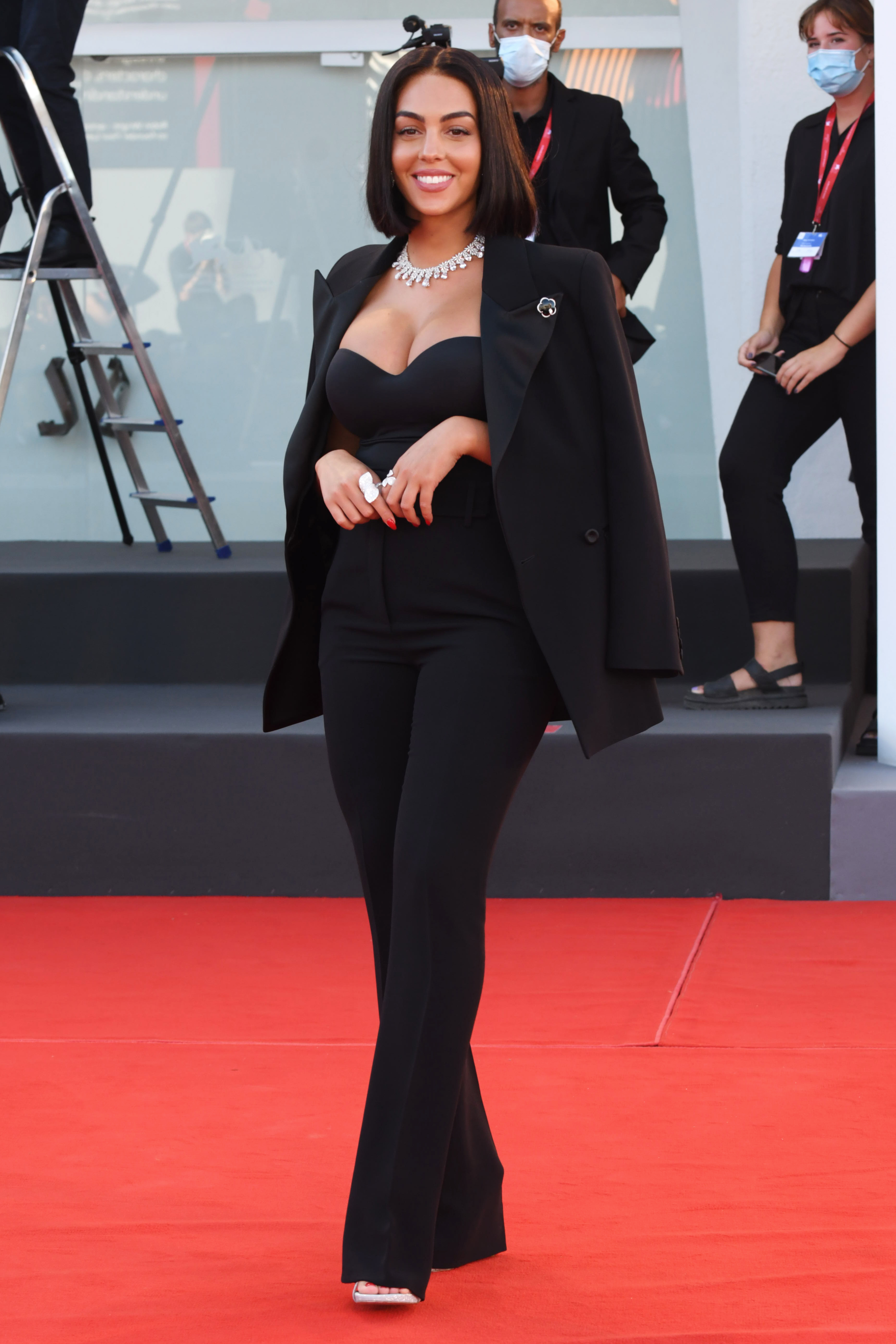