CRISTIANO RONALDO was trolled for his sultry expression after modelling his Louis Vuitton pyjamas while on his luxury yacht.

The Juventus ace showed his fondness for flashy loungewear earlier this year after rocking a £2,000 silk set. 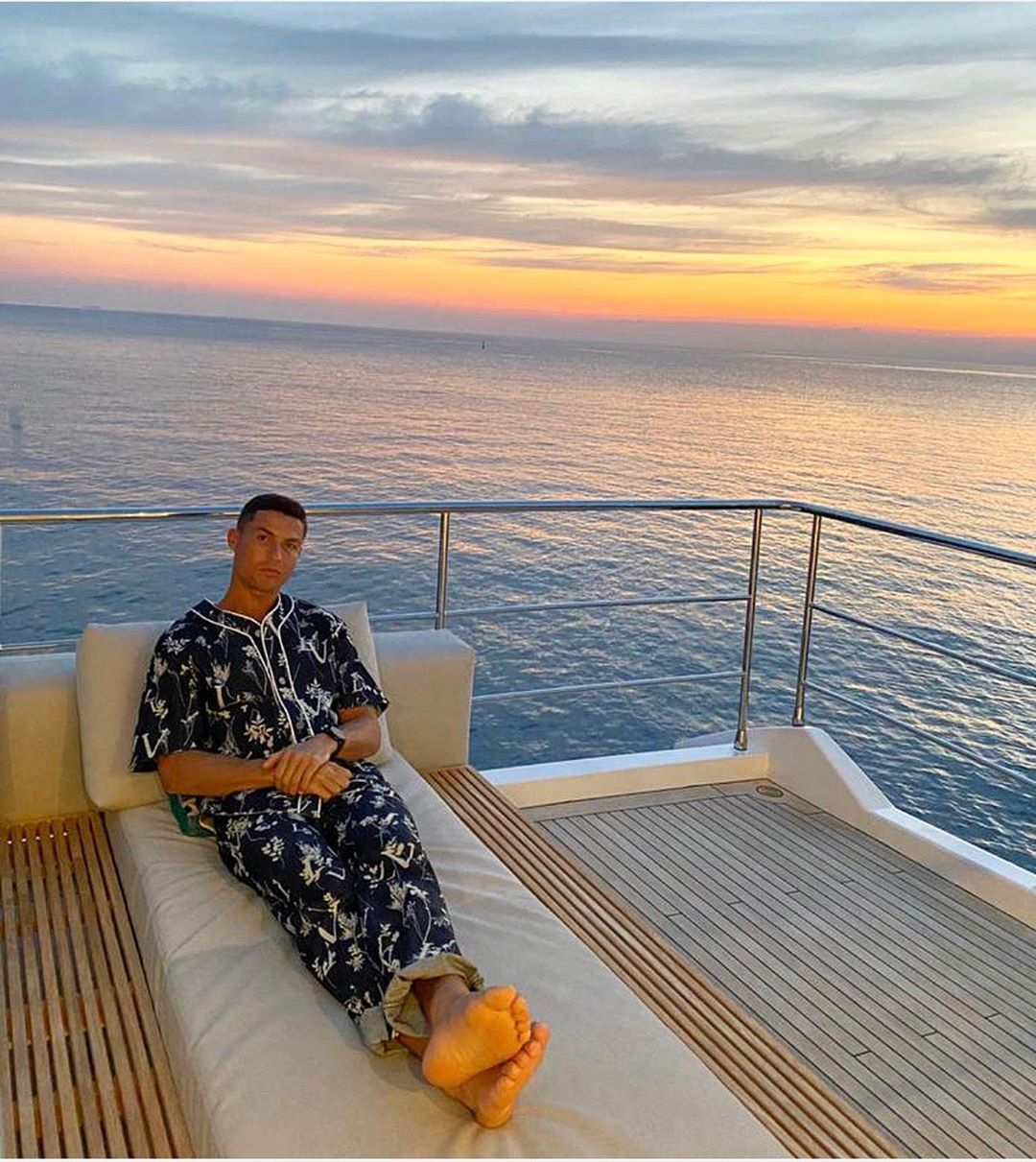 Yet it appears the 35-year-old was less than thrilled by his latest night-time purchase as he relaxed on his £5.5million yacht.

Paddy Power tweeted: "Ronaldo looking like a man whose grandmother has insisted on taking a photo of him in the new pyjamas she's just bought him for his birthday."

And a fan said: "I swear my mum wears this when she sleeps."

Yet Ronaldo is likely smiling on the inside after his latest yacht getaway just days before Juventus' Serie A opener on Sunday.

The Portuguese also had a little yacht break a couple of weeks prior, when he was pictured frolicking in the Med with Georgina Rodriguez.

Snaps showed the superstar diving and tanning himself on a £30,000-a-week rented vessel.

However, the money won't be an issue to Ronaldo after Forbes revealed the forward is said to pocket £91m this year.

In addition to his flashy PJ's, the Portugal captain has also topped the footballers’ engagement ring league by giving his partner the most expensive sparkler.

Ronaldo is thought to have splashed about £615,000 on the diamond number for Georgina Rodriguez.