The national selectors have finally made some changes to the Test team.

There was a sigh of relief rather than exultation among fans and elite players and staff around the country as Joe Burns was reinstalled; a sigh, not of happiness but of inevitability, that the Marsh brothers were removed from the constantly failing batting order. Matthew Wade, currently the best batsman in the country, anywhere in the order, was ignored again. 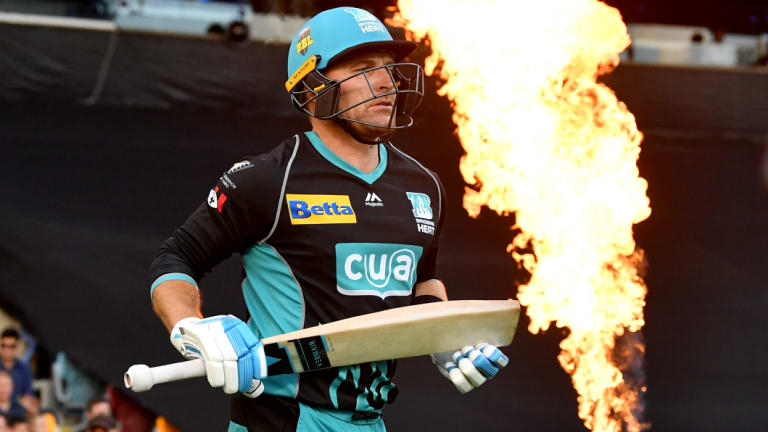 Theatre: the bells and whistles of the Big Bash League may be entertaining but they do nothing for traditional pathways.Credit:AAP

Chairman of selectors Trevor Hohns, once known for his insightful and diligent work, gave a nonsensical reason for Wade’s omission. Wade has been making runs on a testy pitch at Bellerive Oval and often coming in with his team in a slide. His runs have not come easily, they have been hard earned; just the starch Australia needs.

The notion of earning a green cap is constantly being devalued.

Tyro Will Pucovski has been plucked from the nets at the Albert Oval. His career consists of eight first-class games since his debut in February 2017, where he didn’t bat in the second innings due to concussion. He has not played a competitive match since the Sheffield Shield game against Western Australia in early December, that being his second match of the season. He was scheduled for a club outing this weekend. He batted superbly making 243 and then retired temporarily from the sport with mental health issues. The 243 represents 41 per cent of the total runs (588) he has made in his first class career. Wade has made 571 runs this season alone and 6411 all up.

On such credentials now are Australian Test players anointed.

In the short term, it may be the method by which promising international careers are handicapped. Contrast the experience and form of Wade with the promise and meagre curriculum vitae of Pucovski.

The Australia Test team is not a development squad, it is the pinnacle of the sport, a representative team of the best the country has to offer. Or it used to be. Once it took years of successful batsmanship to even get a peek in the door. Experience coupled with success on the differing pitches around the country against the battery of bowlers trying their best to climb to the next level themselves provided the comprehensive examination that needed to be passed with flying colours. These criteria no longer exist under this selection panel. The results of promoting promise (at any age) over performance are clear to see.

Pucovski is an intriguing example of the altered notion of just what is good enough for the top level. Matthew Renshaw is an example of talent having success and then losing form.

Neither Renshaw nor Pucovski have had first class or second XI cricket to keep/regain their form under the current schedule. Renshaw has spent much of the past month on the bench for the Heat in the Big Bash League and has just been given a couple of digs as the Heat struggle for results.

The summer of cricket has been sliced up into discrete units that suit the marketing and finance
people, but not the cricket people. The business of cricket has superseded the actual game thanks to
narrowly focused management and the result is plenty of cash and a broken system. 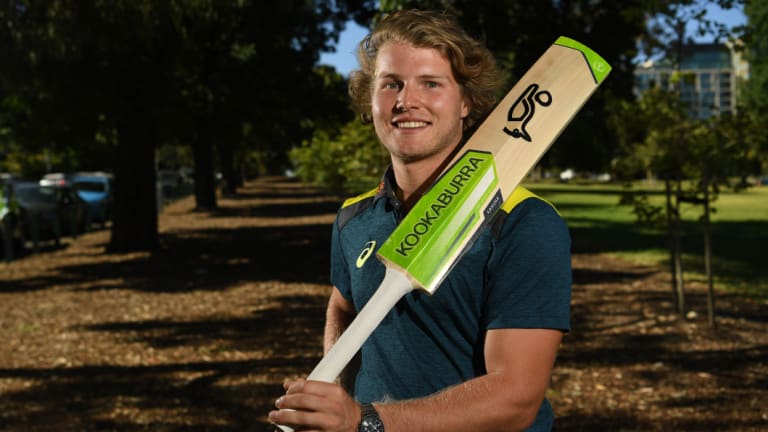 Prime example: Will Pucovski has been called up to the Test squad despite more than 40 per cent of his first class runs coming from a single innings.Credit:AAP

Four years ago I sat in an auditorium with players and coaches as the "new way" forward for Australian cricket was announced by the people who had revamped the competition now known as the Big Bash (Super Slog would have been much better).

The new franchise model, with retina-stinging hues, was the way to go. The ONLY way to go.

These marketing people, straight-faced, told the captive audience that within three years the Sheffield Shield would not exist, that playing multi-day cricket was a waste of time, that fans didn’t relate to Test cricket, so it was useless having a competition that was a "cost centre" (gotta love the jargon that is trotted out by those who have no feel for the game that the nation has coveted since 1876).

Their lack of due diligence in examining the depth of cricket’s roots and its role in communities, outback and suburban, was stunning and depressing. I responded with the anger that sort of arrogance and ignorance deserved.

The plan was to reduce the Sheffield Shield program to six matches in the coming season, despite the CA board reinforcing the primacy of Test cricket in the wake of the Argus report. The marketers were either not talking to the cricketers or they were ignoring them.

It would be fair to say that the first season of the BBL was a huge success, which even the marketers were shocked by. Their response was firstly to seek more franchises and, when the broader advice was not to do so, then to extend the season. The proof of that pudding is about to materialise. The BBL was extended to a full home-and-away season and the jury is out as crowds and viewers have been on the wane.

The BBL campaign runs from December 19 to February 17 and dominates the domestic season. It has proven tremendously popular and CA enjoys mentioning the television rights that it now attracts. Big tick for that. You need income to pay the bills, so the money men rest peacefully.

Of course, Pucovski, Renshaw, et al have no long-form cricket to maintain and prepare their own form as the Bash swishes away, not even a Futures League (terrible name, poor concept – let's just go back to second XI).

Wade makes runs for the Hurricanes opening the batting, (please note selectors); it proves he is versatile in his ability across the formats. Pucovski doesn’t play 50- or 20-over cricket, in any case.

As we start the one-day series against India, in a World Cup year, there has been no 50-over cricket since the JLT Cup domestic competition, which ran from late September until October 10.

This is quite unhelpful for selecting an in-form national team, but is very useful for selling sponsorships and TV rights. Previously, states would play 50-over cricket throughout the summer with a final in mid-February. At one point, the white-ball games would be tacked onto a Shield game to save expenses.

This seemed to work as a cricket vehicle as well, but television wanted a continuous competition that fans could follow. That is a reasonable argument, too. The game, its sponsors and media are not mutually exclusive.

There is no perfect solution to the scheduling conundrum at the moment because the financial forces and the cricket forces simply don’t match up. What will happen if the business of cricket continues to have majority sway is that eventually there will be no game of substance, let alone excellence, to make money out of and the whole tent collapses. Fans and sponsors don’t like losers.

The problem is very real, as outlined by the manner in which Sheffield Shield cricket was set to be euthanized, even as the depth of first-class batting has evaporated. Fortunately, there are more informed and genuine cricket people now at the top echelon of administration to keep the marketers in check.

The outcry about the performance of our Test team has been loud and real. People want to watch and support Test cricket. If the Ashes result in England later this year is catastrophic then there will be a serious financial penalty to follow.

The business and the game are inseparable. Getting some underlying support for the one-day international and Tests teams through the full breadth of the season is imperative. Thanks to the marketers, there should be money to fund longer forms, while the Bash is dominating the screens.

The balancing act needs careful consideration – to give experienced players and the likes of Will Pucovski and Matthew Renshaw a greater chance of making a success of Test cricket.