THE NFL season is in full swing as the first Sunday evening game of the new campaign comes to us from Texas.

Dallas Cowboys welcome the New York Giants to Arlington as two high-powered offences look to put on a show. 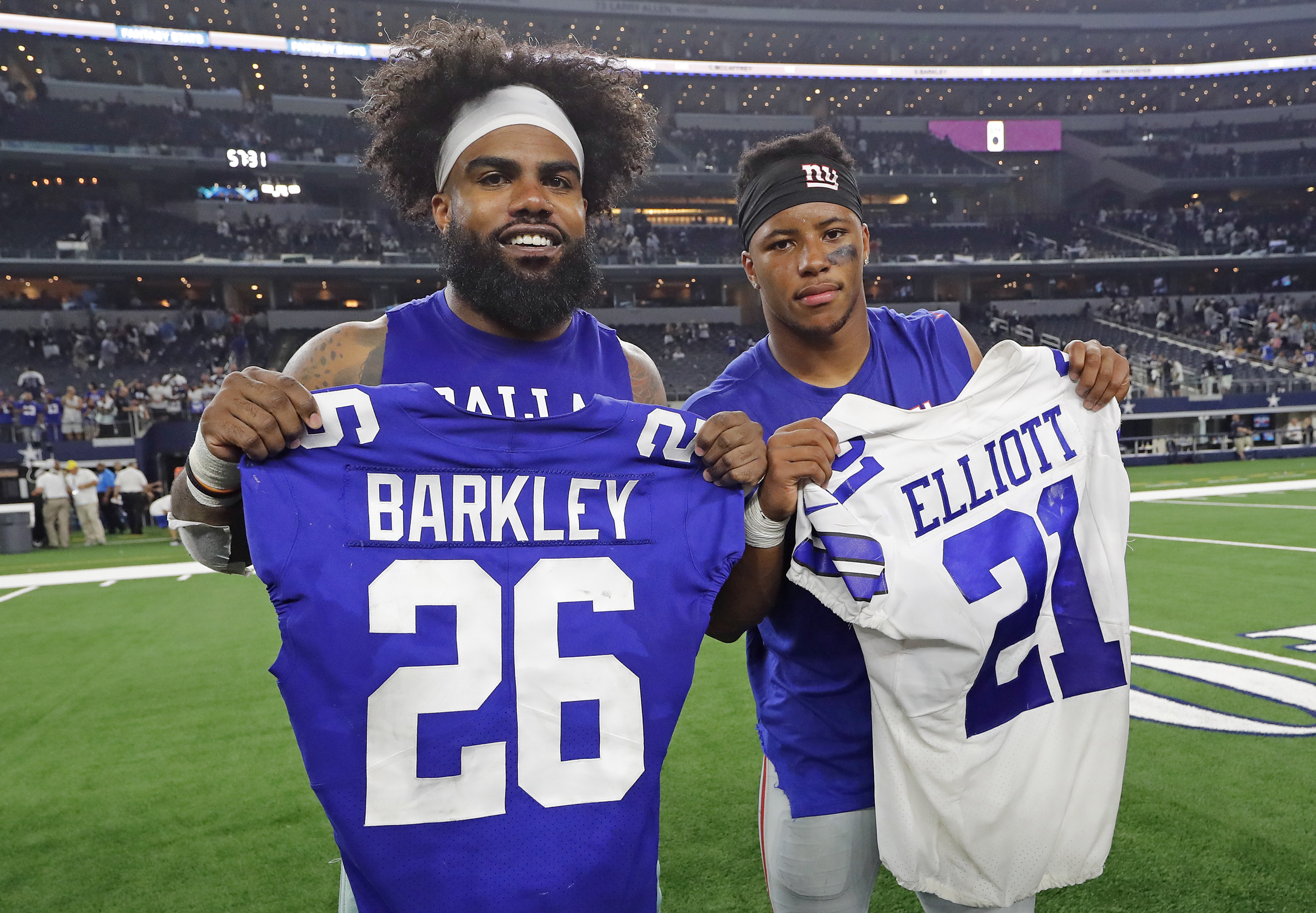 It's the story of two running-back's pre-match after Ezekiel Elliot finally signed his contract extension earlier in the week, whilst Saquon Barkley is projected to have a big season for the Giants.

What time is Giants vs Cowboys?

THIS clash is set for TONIGHT, September 8.

When the teams last met, the Cowboys won an epic clash last year 36-35.

How can I watch on TV and live stream?

YOU can catch this clash live on Sky Sports Action.

Coverage will begin at 9.20pm.

If you're not a Sky subscriber, grab a NOW TV pass from just £9.99 to stream wherever you are.

THE COWBOYS have a relatively fit roster going into Week 1.

Darian Thompson, Donovan Wilson and Luke Gifford all have ankle injuries and will play no part in the game.

Whilst Pro Bowl cornerback Byron Jones is coming off of an offseason hip surgery and will not start.