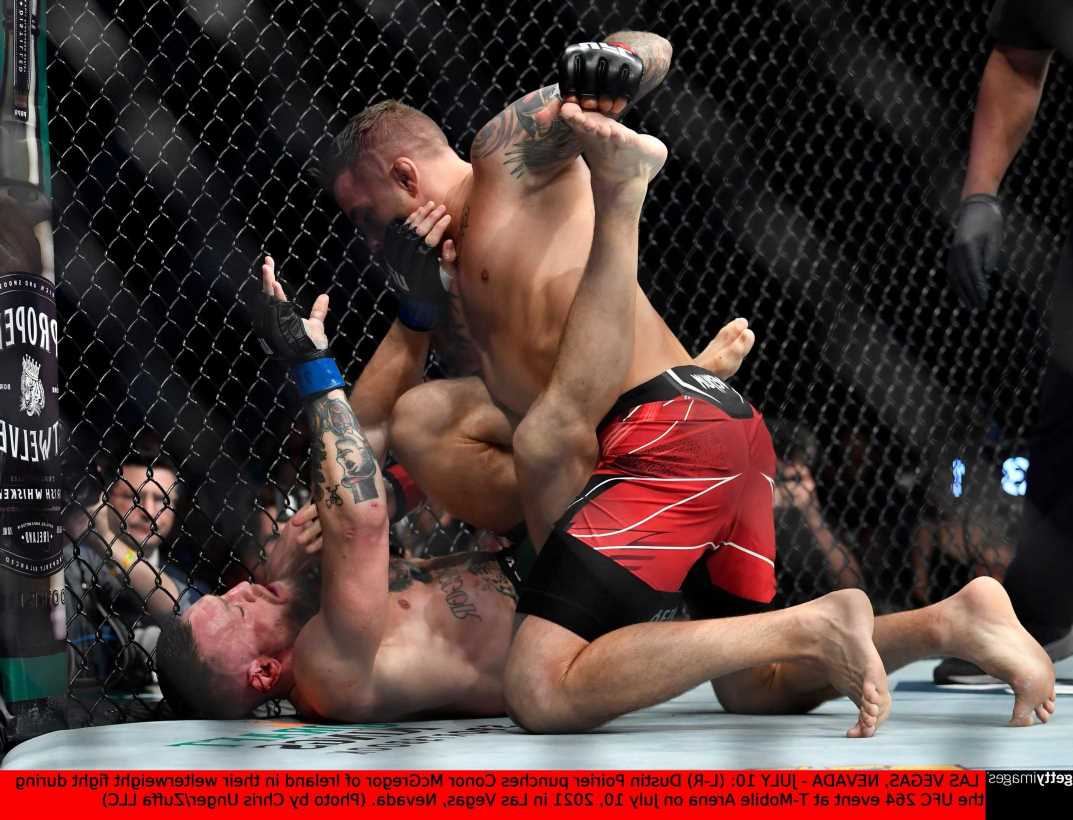 CONOR MCGREGOR doesn't deserve a fourth fight with Dustin Poirier because of the 'beating' he took in their Las Vegas trilogy fight.

The Irishman suffered a first-round TKO loss to The Diamond in their Sin City series decider at UFC 264, breaking his leg seconds before the end of the stanza. 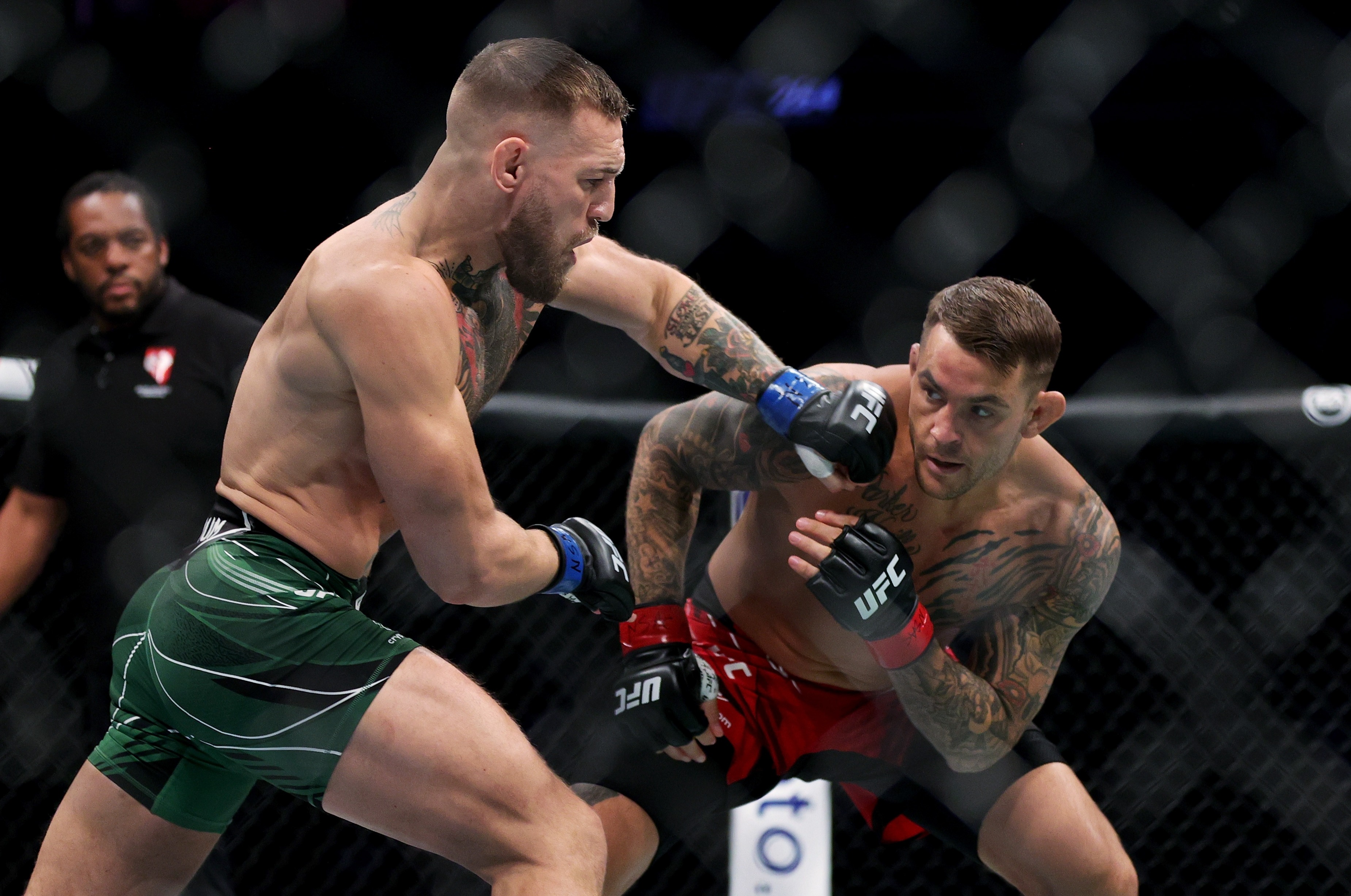 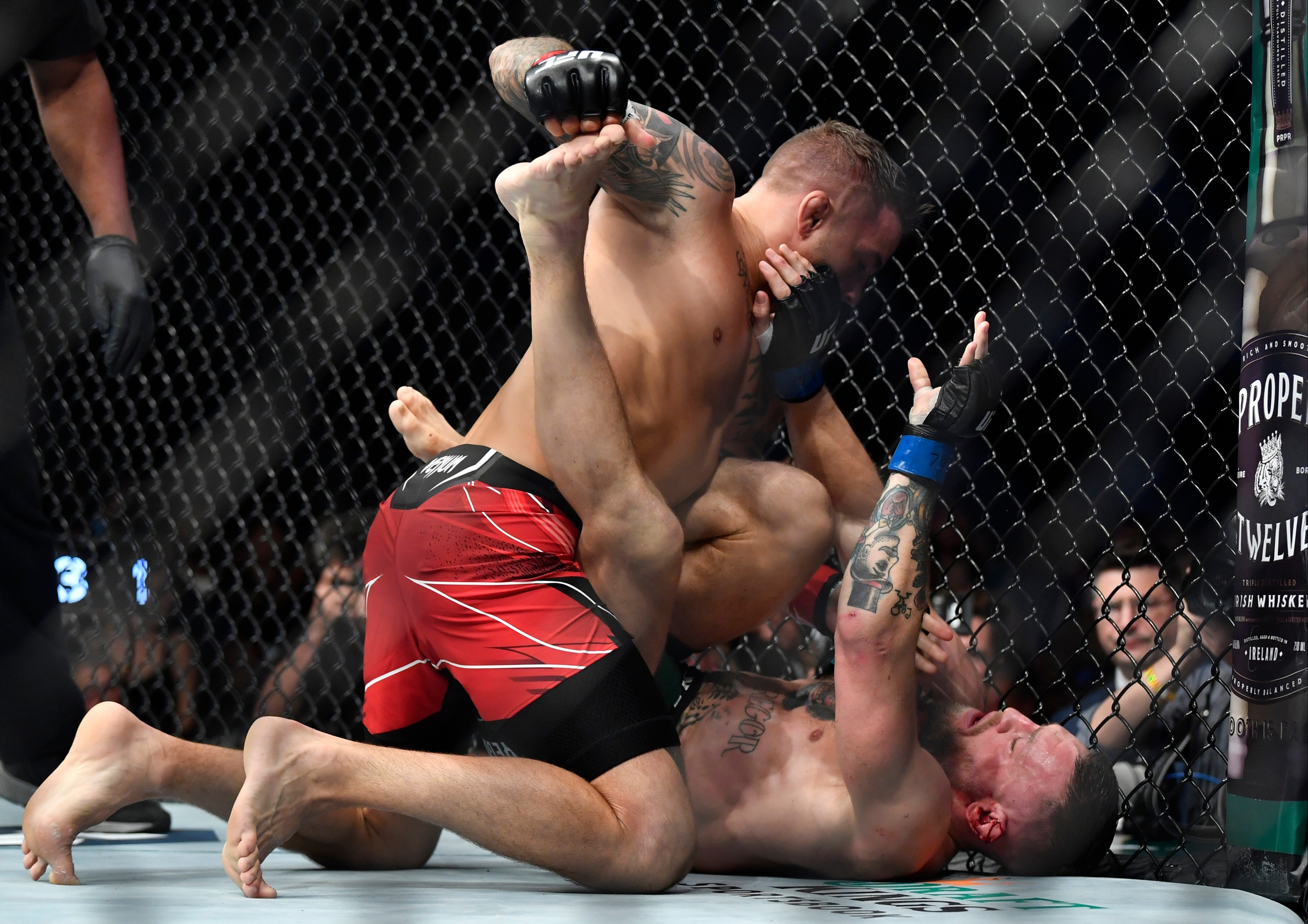 McGregor, 32, took a beating off his back before Poirier let up due to illegal glove grabbing, so much so ex-UFC star Chael Sonnen doesn't want to see them run it back again.

The former middleweight and light-heavyweight title challenger said: “Let’s start with an amazing narrative that there should be a fourth fight.

“Do you understand the disrespect that you are showing to Dustin Poirier?

“For any of you that think that that fight warrants another fight, we can do it for money, we could do it for attention and cash.

“We can do it for a lot of things, but competitiveness and architecture of sport are none of them.

“And don’t forget; two of the three licensed judges that elevated themselves to a main event of a pay-per-view had it 10-8. Do you know what 10-8 means?”

UFC supremo Dana White is eager to book a fourth fight between McGregor and Poirier, the latter of whom will face Charles Oliveira for the lightweight title later this year.

But Sonnen insists Poirier's dominance has left no grounds for the former featherweight rivals to share the cage again.

If you get your ass whipped so bad that you’re broken, that doesn’t get you a rematch

He said: “It [the narrative] has already been rewritten, and that just fascinates me.

“If you get your ass whipped so bad that you’re broken, that doesn’t get you a rematch.”

McGregor was released from hospital last Wednesday after successfully having surgery on his left leg.

The UFC's first simultaneous two-weight world champion will be on the sidelines for at least a year.

A few days removed from his surgery, he revealed he went into the fight with 'multiple' stress fractures.

He said: “The leg is better than ever.

"I was injured going into the fight. People are asking me, ‘When was the leg broke?

"At what point did the leg break?’ Ask Dana White, ask the UFC, ask Dr. Davidson, the head doctor of the UFC.

"They knew, I had stress fractures in my leg going into that cage.

“There was debate about pulling the thing out because I was sparring without shin pads and I would kick the knee a few times.

"So I had multiple stress fractures in the shin bone above the ankle and then I have trouble with the ankle anyway throughout the years of f***ing fighting all the time."