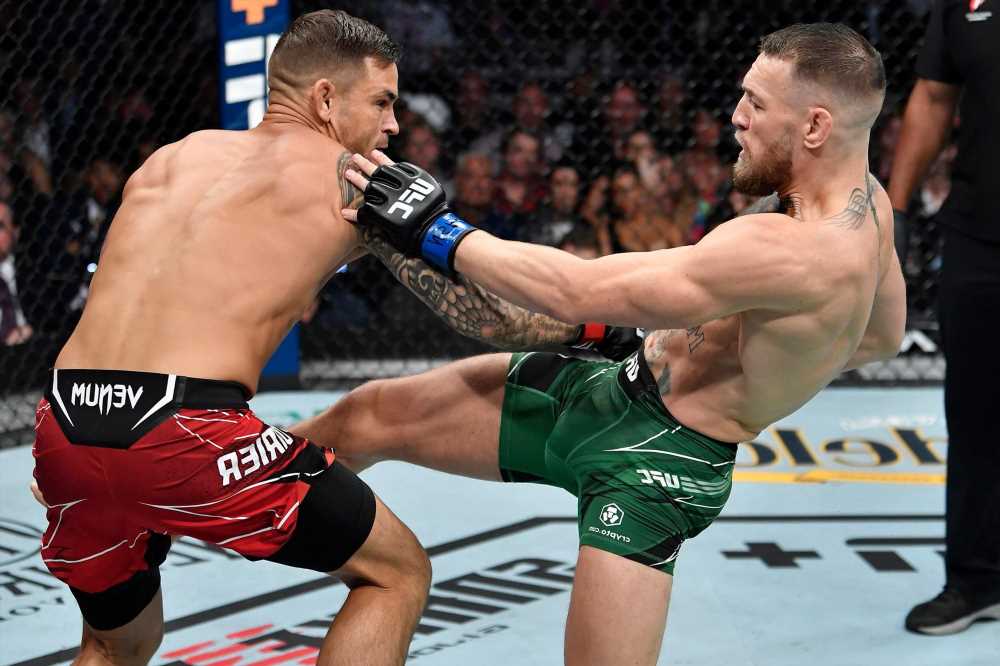 Conor McGregor getting surgery after gruesome injury at UFC 264

There will be a Round 4 between Conor McGregor and Dustin Poirier.

After their third bout at UFC 264 Saturday night was cut short due to McGregor’s grotesque leg injury, it was clear that there was still unfinished business between the two. It was McGregor’s second loss to Poirier in 2021 after the Irishman scored a first-round knockout in the first fight of their rivalry in 2014.

“This is not over!” McGregor shouted in the cage before he was stretchered out and rushed to the hospital.

Poirier also said the two “are gonna fight again, whether it’s in the Octagon or on the sidewalk.”

While giving an update on McGregor, who is now 1-3 in his past four MMA fights, UFC president Dana White said he felt a fourth fight between the longtime rivals only made sense.

“The fight didn’t get finished,” he said. “You can’t have a fight finish that way. We’ll see how this whole thing plays out. Who knows how long Conor is out? When Conor is healed and ready to go, we’ll do the rematch, I guess. Poirier will do his thing until Conor is ready.”

McGregor had dialed up the trash talk throughout the week leading up to the fight, but things escalated when the fight ended via doctor stoppage and Poirier was given the technical knockout. Visibly frustrated with how the match ended, McGregor sounded off on Poirier and even threated to kill him.

“Karma’s not a b–h, she’s a mirror,” Poirier told reporters after the fight. “There’s no holds barred with the trash talk, but murder is something you don’t clown around with.

“There’s no coming back from that, and this guy was saying he was going to murder me. He was telling me he was going to kill me … tomorrow I’m going to leave here in a coffin. You don’t talk like that to people, man. I hope this guy gets home safe to his beautiful family.”

When UFC commentator Joe Rogan handed McGregor the mic, the “Notorious” said he would take Poirier outside before turning his attention to Poirier’s wife, Jolie.

“Your wife is in my DMs,” McGregor said. “Hey baby, hit me back up on chat later on. We’ll be at the after party, the Wynn nightclub, baby.”