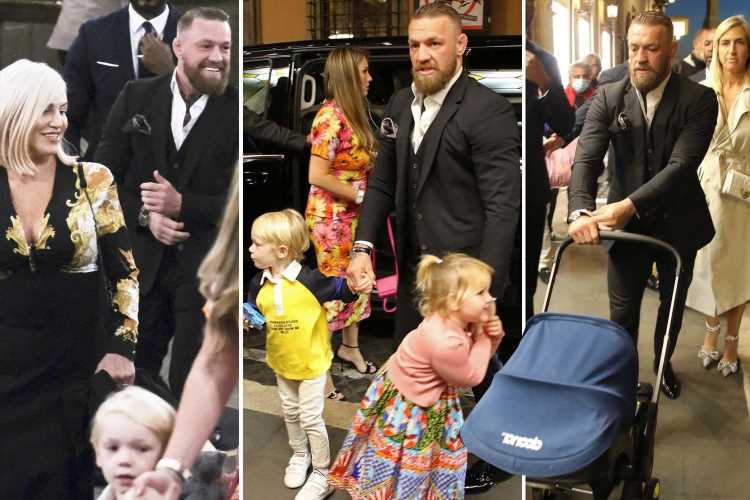 CONOR McGREGOR was joined by his family and friends for his son Rian's christening at the Vatican on Friday.

The 33-year-old welcomed the birth of his third child with long-term partner Dee Devlin in May prior to his trilogy bout against Dustin Poirier. 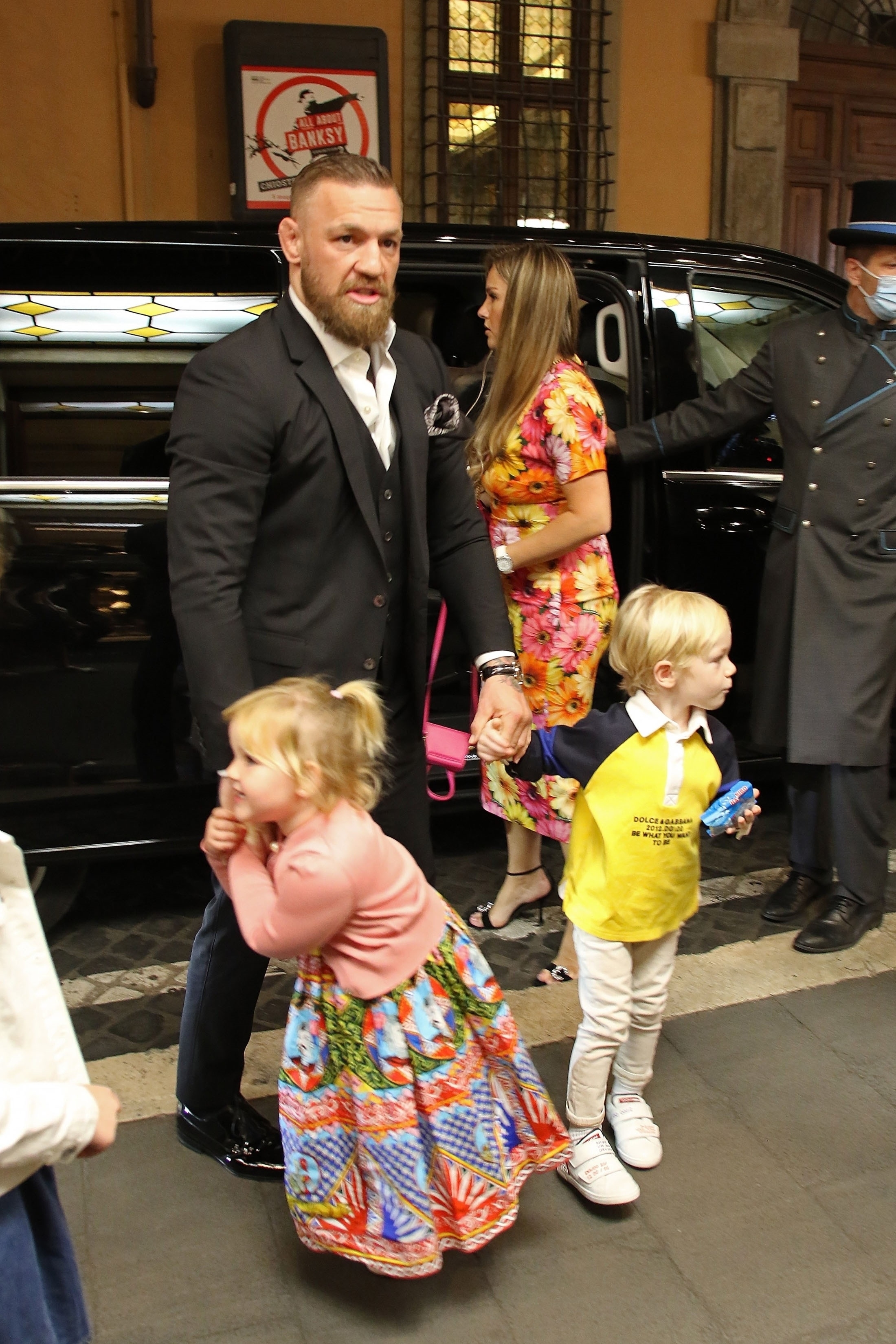 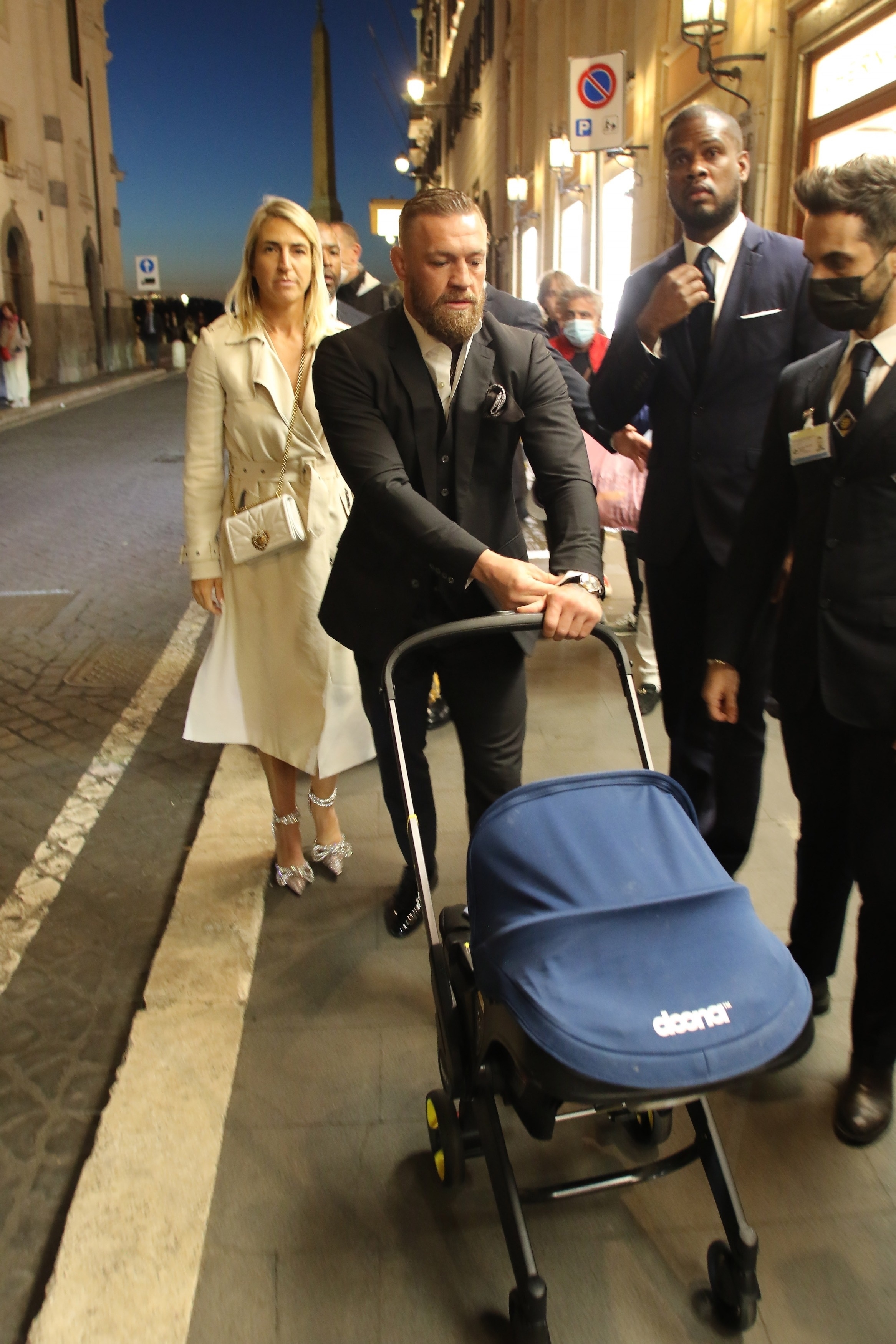 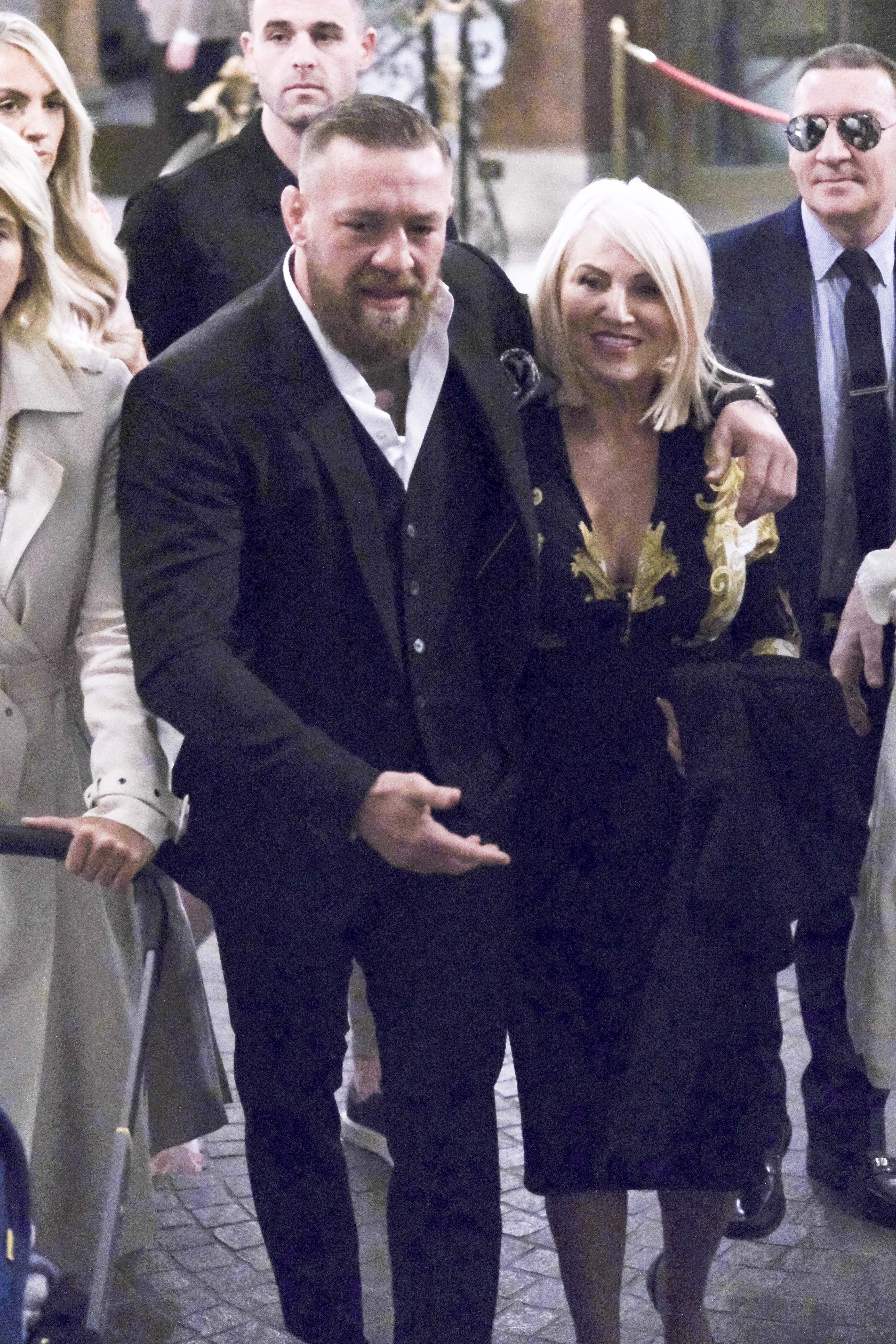 And the Notorious is still recovering from the brutal broken leg he suffered in his defeat to the Diamond.

But with SunSport revealing the Irishman is ahead of schedule in his return after surgery, McGregor has been travelling across the globe with his family.

The Dublin native arrived in Rome earlier this week following their stay in America where he was given the Key to the City of Miami.

McGregor was even spotted flanked by four security guards during a shopping outing with Devlin in the Eternal City.

And on Friday, McGregor was on dad duties as he was spotted pushing Rian's stroller for his christening at the enclave in Rome.

Wearing a stylish black suit alongside Devlin who wowed in an orange floral dress, McGregor pushed his son's pram through the cobbled streets. 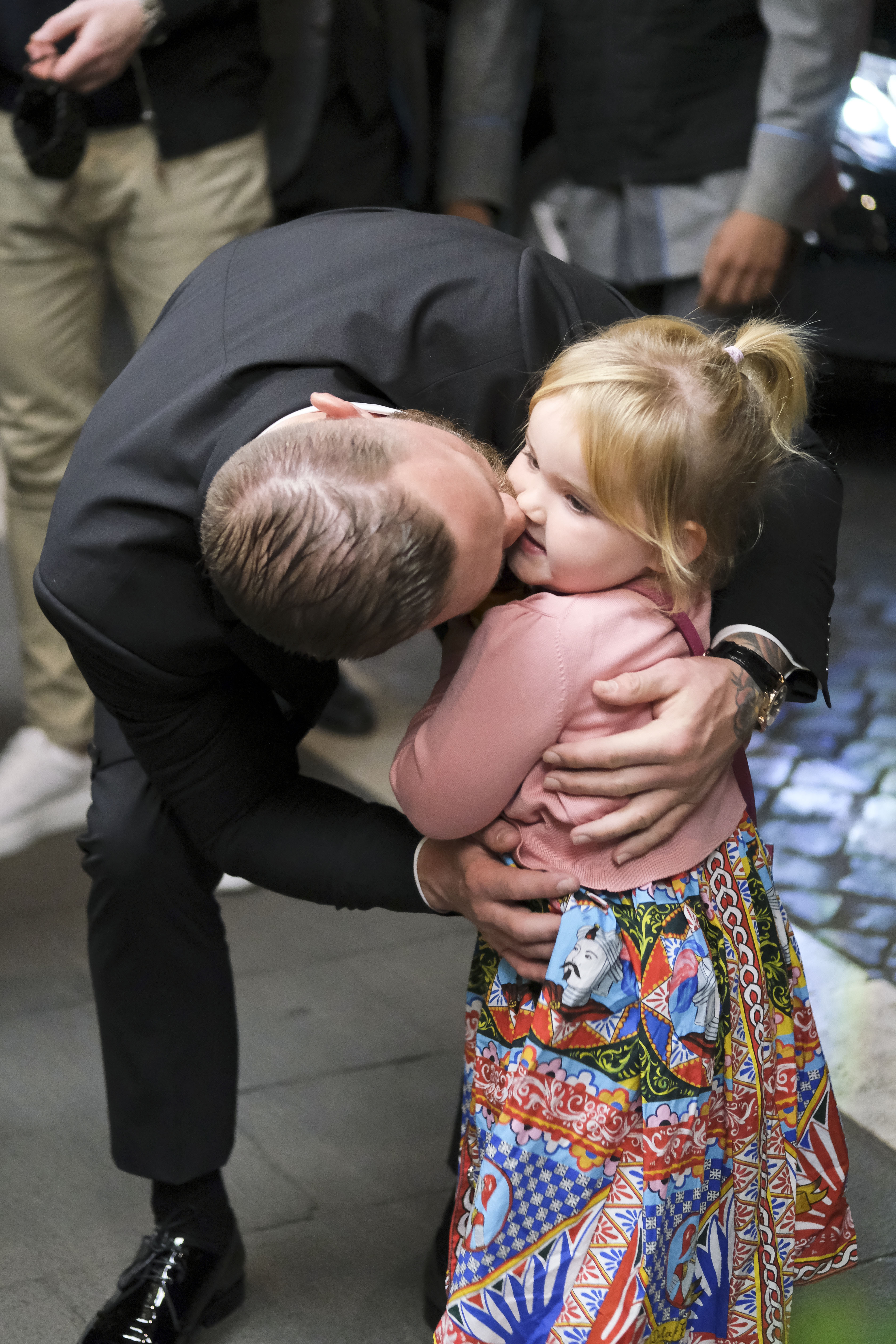 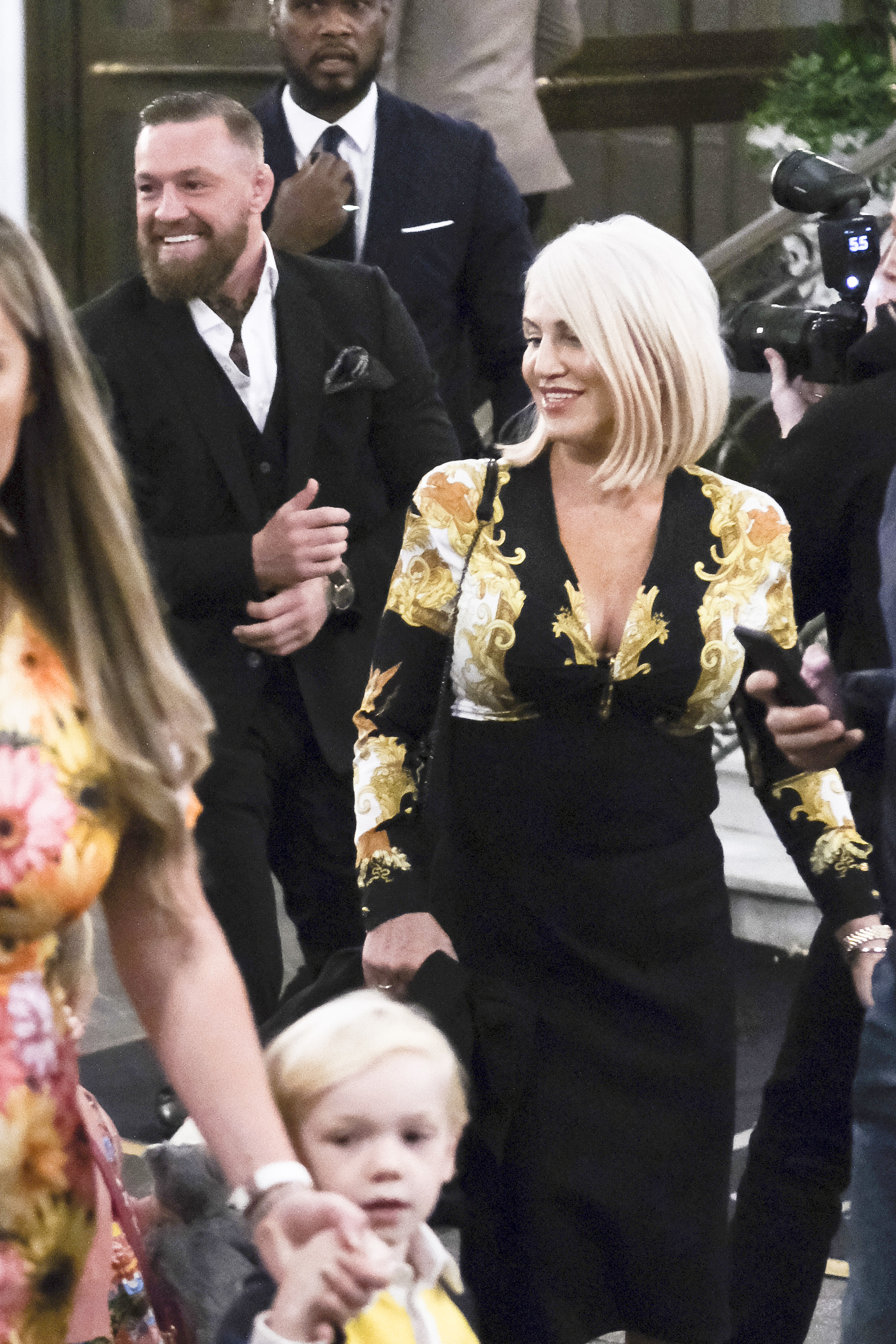 Fans of the MMA star mobbed the two-weight world champion as he departed the luxury Hotel De La Vilee.

McGregor booked out the entire terrace of the hotel for dinner before the church service.

Taking to his Instagram story, the former featherweight and lightweight champ shared multiple snaps of the night to his 42.6 million followers.

Jose Mourinho even bumped into McGregor, with the Special One posing for pictures next to the global superstar, while also trying his Proper No12 Twelve Whiskey.

Posting the images on Instagram, the Roma gaffer said: "Yes it’s him!

"Yes, the great @thenotoriousmma is in Rome and yes it was a real pleasure to meet him, to share some stories and to offer him the most beautiful shirt in town @officialasroma.

"He made a miracle, it’s impossible to say no to Conor, I had to try @properwhiskey."