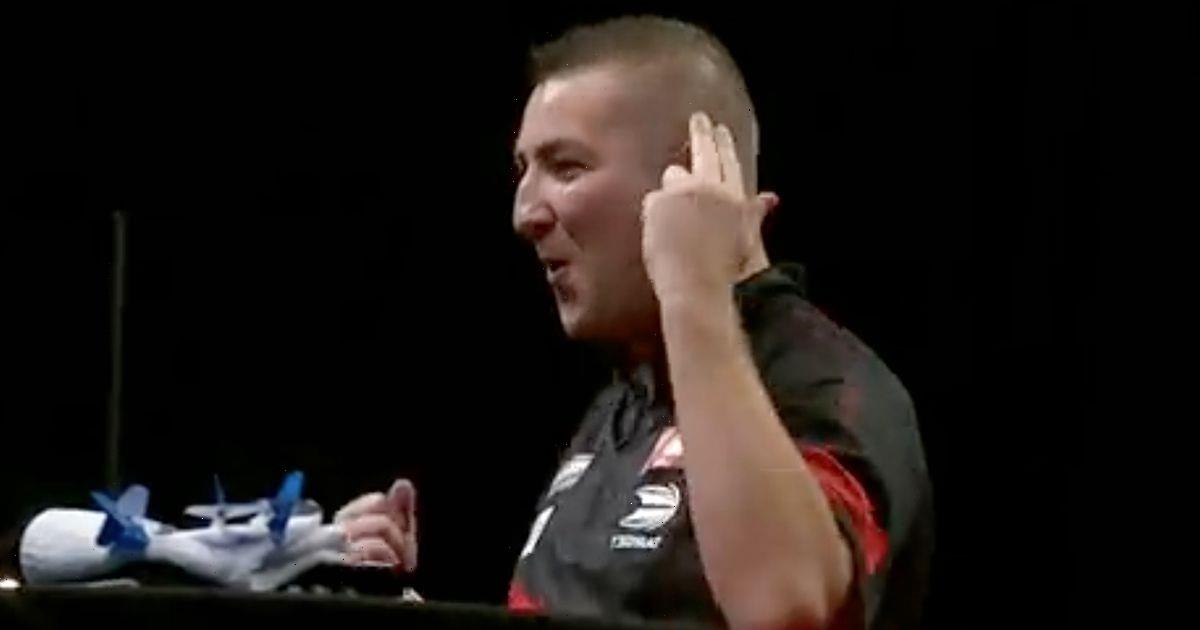 Nathan Aspinall enhanced his reputation as the comeback king of darts with two incredible revivals at the Gibraltar Trophy over the weekend.

Fresh from his brilliant performance at the World Grand Prix, where he dumped out Gerwyn Price in the semi-finals before narrowly losing the Michael van Gerwen in the final, Aspinall was at it again at the final European Tour event of the season.

Aspinall had fought back from 4-0 down to make it 4-3 against Van Gerwen at the Grand Prix before the Green Machine eventually got over the line to clinch his third major of the year.

Van Gerwen would end Aspinall’s hopes in Gibraltar too, this time at the quarter-final stage. But earlier in the tournament, The Asp produced two sensational comebacks from seemingly lost positions.

The first was a true Houdini act against Vincent Van der Voort, who punished a poor start from Aspinall to establish a 5-0 lead – just a leg from victory. But after squandering five match darts for a 6-1 success, the Dutchman began to falter and Aspinall came roaring back.

Aspinall followed up a 121 finish in leg eight with 14 and 15-darters to make it 5-5 before surviving two more match darts in an extraordinary finale, pinning double four to complete the comeback and win 6-5.

Aspinall produced more heroics in the third round on Sunday, recovering from 3-0 and 5-2 down to beat Dirk van Duijvenbode, who missed multiple match darts, before his run was ended in the last eight by Van Gerwen, who was put out in the semi-finals by eventual tournament winner Damon Heta.

Do you think Nathan Aspinall will be in the Premier League next year? Tell us in the comments section below.

2022 has been a comeback year for Aspinall in general following his battle to overcome a serious wrist injury which threatened his future in the sport. At one stage, it was feared he would need a major operation which would have sidelined him for around nine months.

But those fears were eventually allayed and he has produced some excellent darts in recent weeks. He is now aiming for a strong end to the year leading into the World Championship, which he hopes will lead to a Premier League place.

Following his latest heroics, darts fans have been quick to praise Aspinall on social media.

“What a fighter, the Asp!,” posted one. Another added: “That's the power of Nathan Aspinall. He never gives up.”