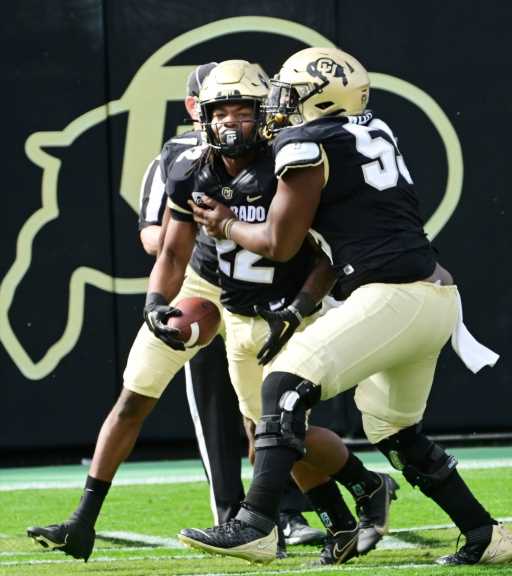 For weeks, the Colorado football team talked about great practices and then had to explain why those weeks culminated in embarrassing losses.

Last week, the Buffs finally got the opportunity to celebrate a win after a great week of practice.

Was the 20-13 overtime win against California on Oct. 15 an anomaly or the start of a second-half resurgence? The Buffs could find out Saturday night in Corvallis, Ore.

“I think you’ve just gotta see that we’re capable of winning football games,” junior quarterback JT Shrout said of how the Buffs can build on the win against Cal. “We’ve been talking about belief and believing in ourselves and just not doubting any of our abilities or anything like that. Just putting our all on the line and giving our best efforts and I think we did that (against Cal).

“We know we can do it and we’ve just gotta build on it, clean up some mistakes and there’s definitely gonna be things we can do better.”

Although the Buffs responded positively to interim head coach Mike Sanford in his debut, they certainly weren’t perfect last week. The offense still had trouble putting points on the board. And, as good as the defense was overall, the Buffs gave up points on three of Cal’s final five possessions of regulation.

The Buffs were also fueled by emotion and having 50,471 fans who brought significant energy as they desperately hoped for a win, as well.

It may have been the perfect storm for CU, but as the Buffs move forward, the taste of victory has them wanting more.

“We saw Saturday that, hey, we can do this,” freshman linebacker Aubrey Smith. “Saturday was a team win.”

After the victory, Sanford told the team the best part about being 1-0 (in the fresh start portion of the season) is the chance to get to 2-0. They’ll have that chance Saturday.

To do that, the Buffs aren’t necessarily focusing on the win/loss column. Instead, they are dialed in on the energy and effort they can bring to the field.

“Something that coach Sanford has been talking about is focus on the process and not necessarily the outcome,” safety and special teams standout Anthony Lyle said. “I think that’s just something that we just keep focusing on and keep building on each week.”

Going into last week, the Buffs were the only winless team in the Football Bowl Subdivision. Getting a win lifted that burden off of their back. It also gave the Buffs confidence they haven’t had in weeks.

The challenge now is to figure out how to do it again. Oregon State is a better team than Cal. And, instead of the friendly fans at Folsom Field, the Buffs have to deal with a hostile crowd and the chainsaw sounds that play on the Reser Stadium loudspeakers throughout games.

Saturday night in Corvallis certainly won’t have the same feeling as last week in Boulder. But, it can have the same result if the Buffs find a way to build off what they did a week ago.

“You have to go earn everything you get (against Oregon State),” Sanford said. “We’ve got to execute. That’s the bottom line: We’ve got to execute. It’s a tall task. We knew every week was going to be a tall task. But I believe in this group of players. I believe in this group of coaches that are going to give us the best possible plan to go be successful and the players are going to cut it loose and bring great energy.

“If our execution is where it needs to be, we’re going to be in this football game.”