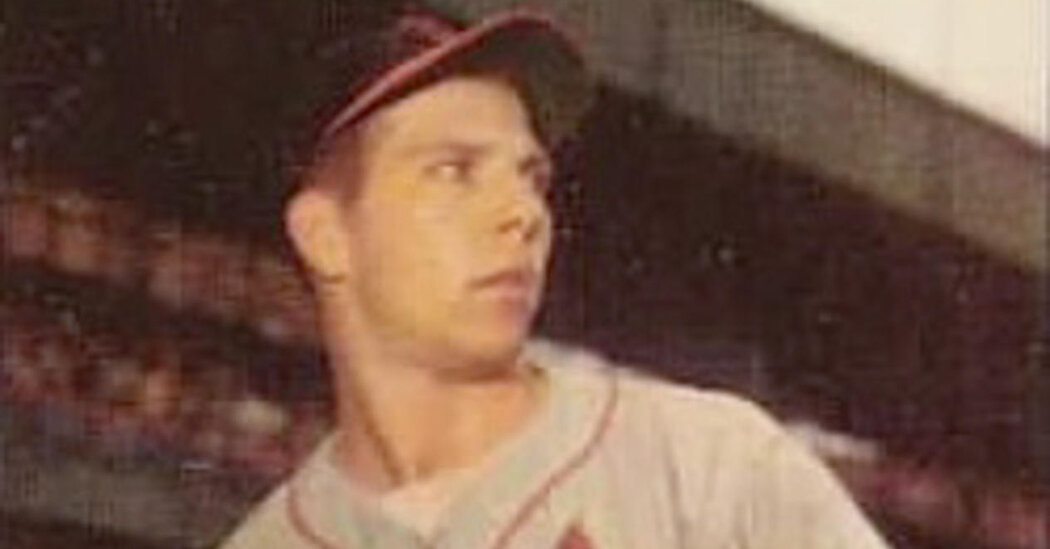 Cloyd Boyer pitched for the St. Louis Cardinals and the Kansas City Athletics and, in a baseball career of nearly a half century, later worked as a pitching coach for the Yankees and the Atlanta Braves and as a minor league manager, a roving pitching instructor and a scout.

But in none of those roles was he especially well known. What brought him his greatest distinction was something more familial: He joined with the third basemen Ken and Clete Boyer in a three-brother major league rarity.

Having outlived both Ken and Clete, Cloyd Boyer died on Monday at 94 in a nursing home in Carthage, Mo. His death was confirmed by his son Ken.

The Boyers were not the only brotherly trio to play in the major leagues at the same time. Joe, Dom and Vince DiMaggio famously came before them. More recently there were Felipe, Matty and Jesus Alou, and Benjie, José and Yadier Molina. But across baseball history, notable three-brother combos are a small fraternity.

Cloyd was the eldest of seven brothers; he also had seven sisters. The four Boyer boys who didn’t make it to the major leagues played in the minors. Cloyd’s promising pitching career was victimized by injury, but Ken and Clete, the youngest of the three, flourished in the major leagues.

Ken Boyer played for 15 seasons, 11 with the Cardinals, and later managed them. A fixture on All-Star teams, he was the National League’s Most Valuable Player in 1964, when the Cards faced brother Clete’s Yankees in the World Series. Ken hit two home runs and a double and drove in six runs in the Cardinals’ seven-game Series victory. He later played for the Mets, the Chicago White Sox and the Los Angeles Dodgers. He finished his career with 282 home runs and 2,143 hits.

Clete Boyer, known for his sharp fielding at third base, spent 16 seasons in the majors. After playing for the Athletics, he was a Yankee from 1959 to 1966, appearing with stars like Mickey Mantle and Whitey Ford on five pennant-winning teams, two of them World Series champions. He later spent five seasons with the Braves.

Cloyd, a right-hander with an outstanding fastball, pitched for the Cardinals from 1949 to 1952 and was a teammate of the future Hall of Famers Stan Musial, Red Schoendienst and Enos Slaughter. After being sent to the minors, he pitched for Kansas City in 1955.

A shoulder injury shortened his major league career, leaving him with a 20-23 record.

Long afterward, he maintained that his chances of coming back from the injury had been spoiled by the baseball wisdom of his time and an odd bit of instruction from Eddie Stanky, who became the Cardinals’ manager in 1952.

“The whole philosophy was to pitch through pain and it would eventually go away,” Cloyd was quoted as saying in Lew Freedman’s “The Boyer Brothers of Baseball” (2015). “And if your arm doesn’t come around, we’ll get somebody else.”

Not only did his shoulder never fully come around, his injury was further aggravated by Stanky’s insistence that he work on his baserunning skills.

He told how Stanky, seeing his potential as a pinch-runner, had put him through drills in which he practiced scrambling back to first base to avoid being picked off. As Boyer told it: “He’d be my coach. He’d yell, ‘Get back!’ And I had to dive back. I think that’s when I hurt my arm the second time.”

After his one season with Kansas City, Boyer pitched in the minors until 1961. He was a pitching coach for the Yankees in 1975 and 1977 and with the Atlanta Braves later in the 1970s and in the early ’80s. He managed in the Yankees’ minor league system and worked for them as a roving pitching instructor and a scout.

Cloyd Victor Boyer was born on Sept. 1, 1927, on the outskirts of Alba, Mo., near the city of Joplin in the southwestern part of the state. His father, Chester, was a grocer and worked on road-building projects run by the Depression-era Works Progress Administration. His mother, Mable (Means) Boyer, tended to the large family.

He graduated from Alba High School in 1945, pitched for a Navy team on occupation duty in Japan after World War II, and was then signed by the Cardinals out of a tryout camp.

He retired from baseball after managing a minor league team in the Braves’ organization in the 1992 season.

Cloyd’s brothers Wayne, Lynn, Len and Ron all played in the minor leagues.

Although he enjoyed a long baseball career and was considered an outstanding student of the game, Cloyd Boyer let his deeds speak for themselves.

“I don’t go around bragging about anything,” he said in “The Boyer Brothers of Baseball.”

“The way I figured it, the Lord’s been good to me. I was lucky.”