Ahead of the qualifier meeting of Clare and Wexford, much of the focus is on the sub-plot of Brian Lohan and Davy Fitzgerald facing off on the sideline.

But for me, it’s not about the managers. This game depends on what happens between the four lines of the pitch. That all comes down to the players.

Clare know they must improve from last week’s win over Laois.

David McInerney’s suspension following his red card has been upheld. From what we saw, there didn’t appear to be much in it.

The Tulla man is an important player for the Banner. He gives them real athleticism, although we didn’t see him at his best against Limerick. His absence is a major blow.

But Clare still have good players. Tony Kelly carried his form through. Shane O’Donnell was better last weekend, and Aron Shanagher is a handful. I give Clare a fighting chance. This is definitely a game they are capable of winning.

The Banner will need an improvement following the games against Limerick and Laois. They were given the fright of their lives last week in Nowlan Park. It didn’t got to script. But they scraped through.

They won’t have any fear of Wexford, and with Davy there, there is a bit of extra motivation in the Clare camp. They won’t want to be beaten by their former manager. I don’t think it was a bad draw for either team. Wexford were probably looking at the options available; Cork, Tipperary and Clare. On paper, the Banner were likely the weakest option.

From a Clare perspective, they have had a relatively good record against the Yellowbellies in recent times. They obviously went down and beat them in the National League earlier this year, and won their most recent championship meeting; the 2018 All-Ireland quarter-final.

Wexford were very flat on that occasion, and Clare won comfortably.

Galway hammered Wexford two weeks ago, after we were wondering if the Model County were going to pick up from where they left off against Tipperary last year. They never got to those levels. They were inexplicably flat.

If they produce a similar performance, Clare will win this. That said, I think Wexford will be better. It’s a real 50-50 contest.

The Treaty have been awesome so far. The second-half performance against Clare when they found an extra gear set the tone.

The display against Tipperary, to hit 3-23 against the All-Ireland champions in those conditions, and leave a few good goal chances behind them as well, was emphatic. It was everything you want in a championship performance. I think they can afford for their performance levels to drop, and still have enough to get past Waterford.

They have had the Déise’s number over the last couple of years. They hammered them in both the National League final and then in the Munster Championship last year, following it up with a facile win earlier this year. 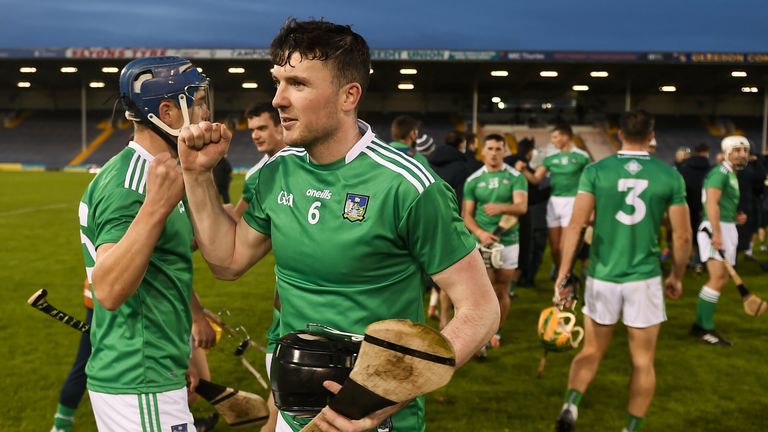 The pain Waterford have suffered at the Treaty’s hands will bring some added motivation. But Limerick are just so good at playing you on your terms. Waterford get a lot of bodies around the middle of the field, they are fit and athletic, they work hard. In many ways it’s similar to the way John Kiely sets his team up. But I don’t know if you can beat Limerick playing Limerick’s game.

The reigning National League and Munster champs are better at that than any team in the country. You have to find a different way of beating them.

While the margin will be tighter than it has been between these two teams in recent times, Limerick are operating on a different level right now.

Signs that Galway are back?

The Tribesmen put in a performance two weeks ago to suggest they are back to their 2017-2018 levels.

Galway are on a run of three wins and a draw in their last four championship games against Kilkenny.

But they won’t be complacent. The Cats have inflicted an awful lot of pain on an awful lot of those Galway players down through the years; particularly the senior players like Joe Canning and David Burke. If you’re in the Galway dressing room, that will have been talked about during the week

Galway know what they are facing this weekend. Kilkenny aren’t going to give you anything; you have to take it from them. They won’t give it to you.

Pound-for-pound, I think Shane O’Neill’s side are better at both ends of the park.

The Nore-siders are still reliant on TJ Reid, Colin Fennelly and Walter Walsh. The Tribesmen have a bigger spread of scorers. I think Galway will be up to it, and if they get to the same levels as they did against Wexford, they will have too much for Kilkenny.

Watch a live double-header on Sky Sports Mix on Saturday from 12.15pm, as Donegal face Armagh in the Ulster Football Championship, before the All-Ireland Hurling Championship qualifier between Cork and Tipperary.