The Watford defender crashed into the goal post early in the game against Chelsea at Vicarage Road. 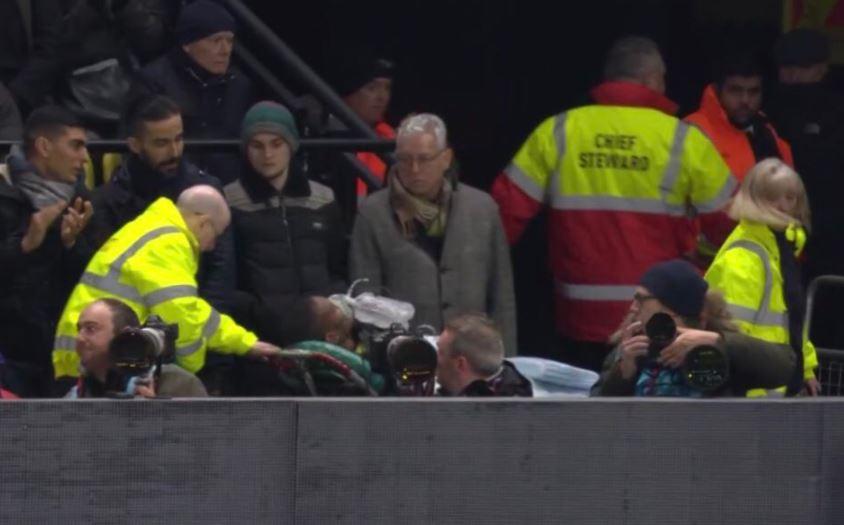 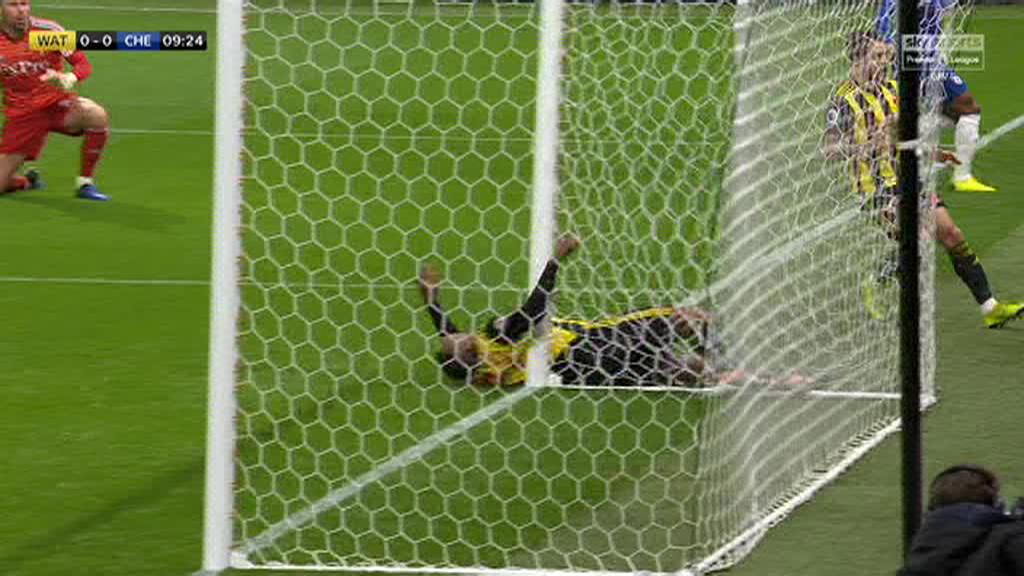 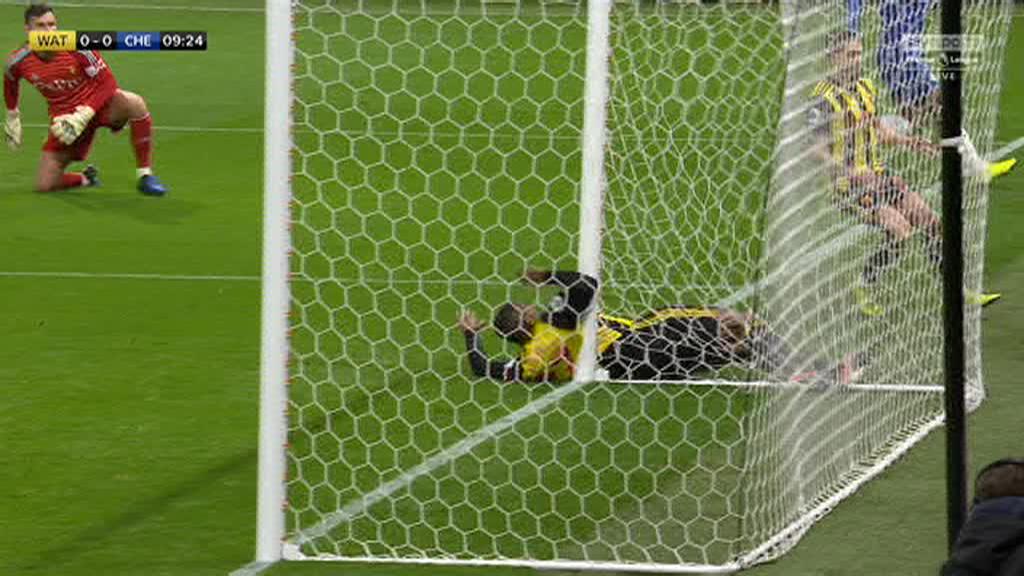 And Kabasele was wheeled away on a stretcher towards an ambulance with a mask strapped to his mouth.

The 27-year-old hit the frame right under his armpit and was attended to by medical staff by the pitch side.

A few minutes later a stretcher was brought out with concerned faces around the stadium.

But Kabasele was remarkably back on his feet and jogged onto the pitch to play on.

He only lasted a few minutes, though, before being replaced by Adrian Mariappa in the 15th minute.

Kabasele received a warm ovation from Vicarage Road, not least for his goal-line clearance that prevented the Hornets from falling behind.

But it came at a cost as his Boxing Day was over very quickly. 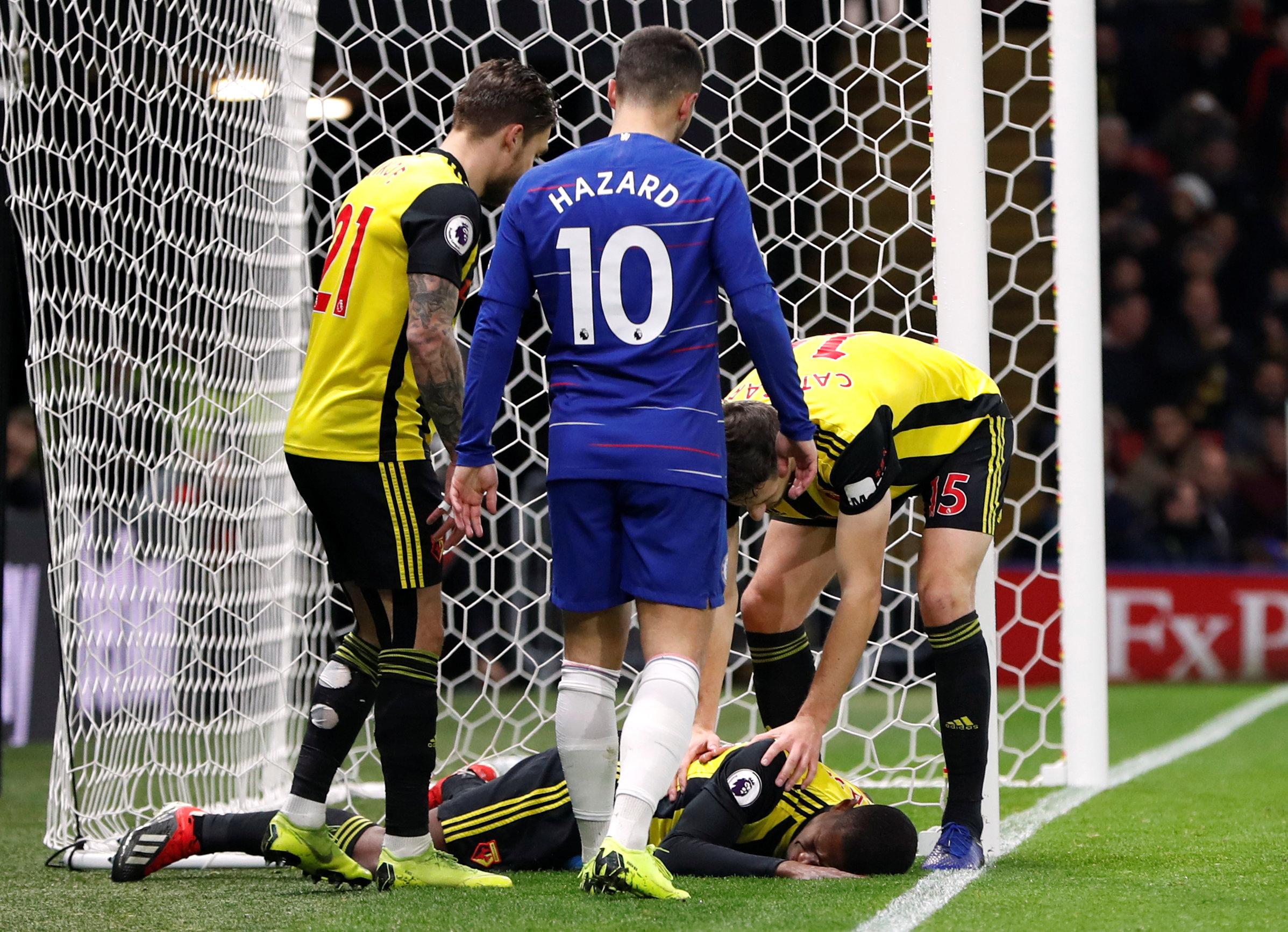 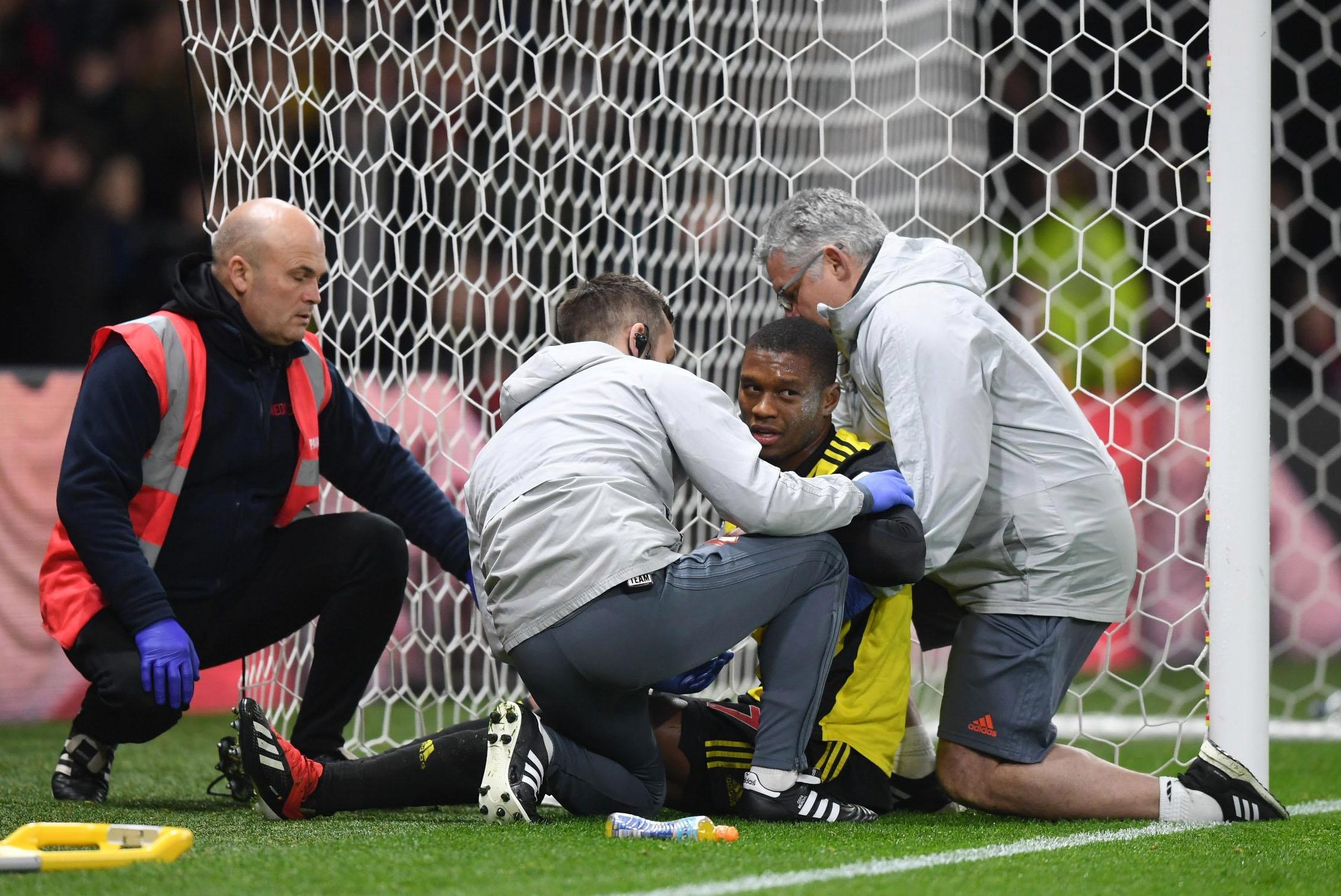 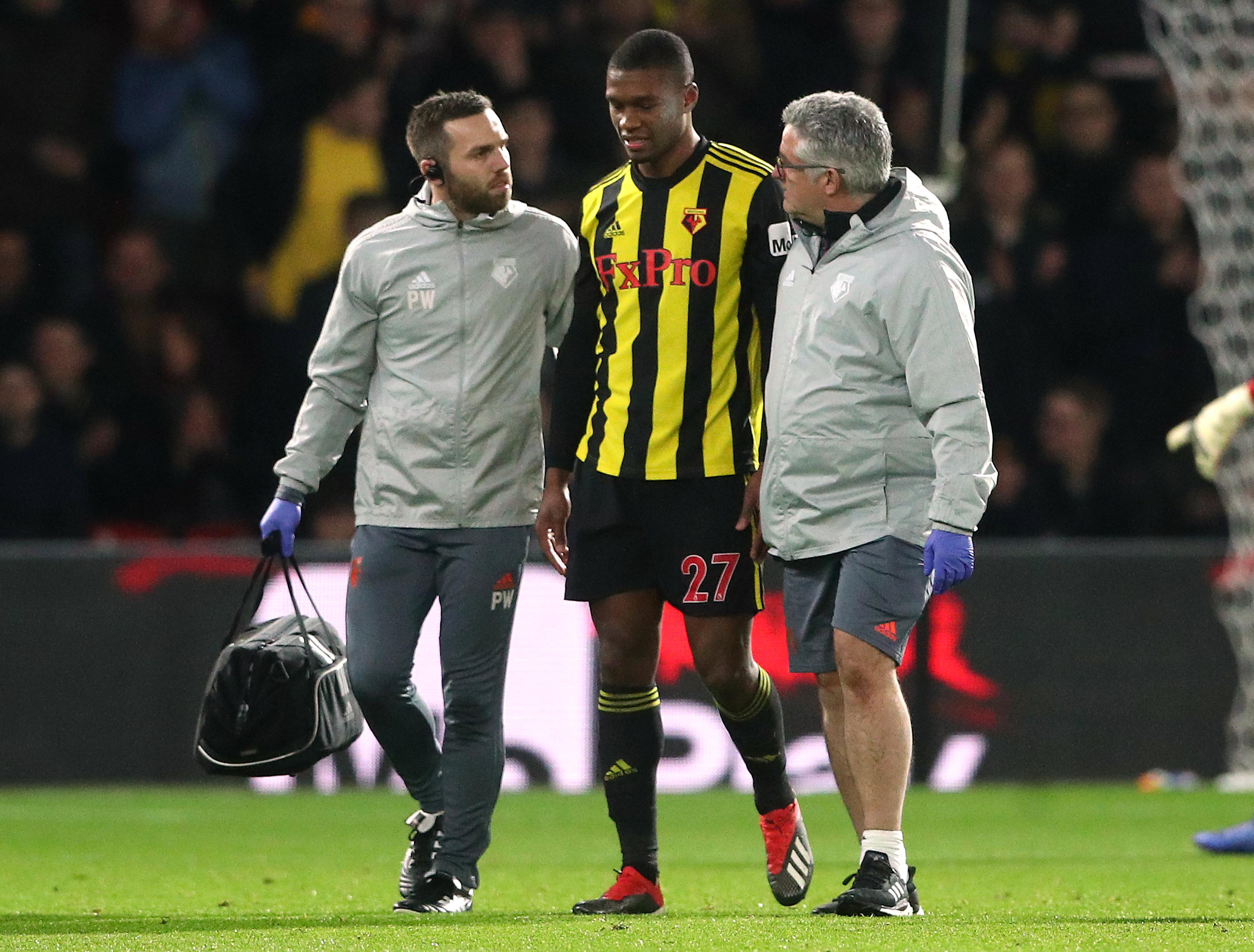 Towards the end of the first, Kabasele was seen being taken away on a stretcher towards an ambulance on television pictures.

He had an oxygen mask on his mouth as stewards cleared the way for paramedics to escort the Watford defender away.

Watford took on Chelsea in the late game on Boxing Day to round off a busy afternoon in the Premier League.