NEIL WARNOCK was fuming with the officials again after a penalty farce plunged Cardiff into deeper relegation trouble.

Warnock’s side were trailing to Chris Wood’s header when assistant ref Darren Cann flagged for a penalty when Ben Mee handled. 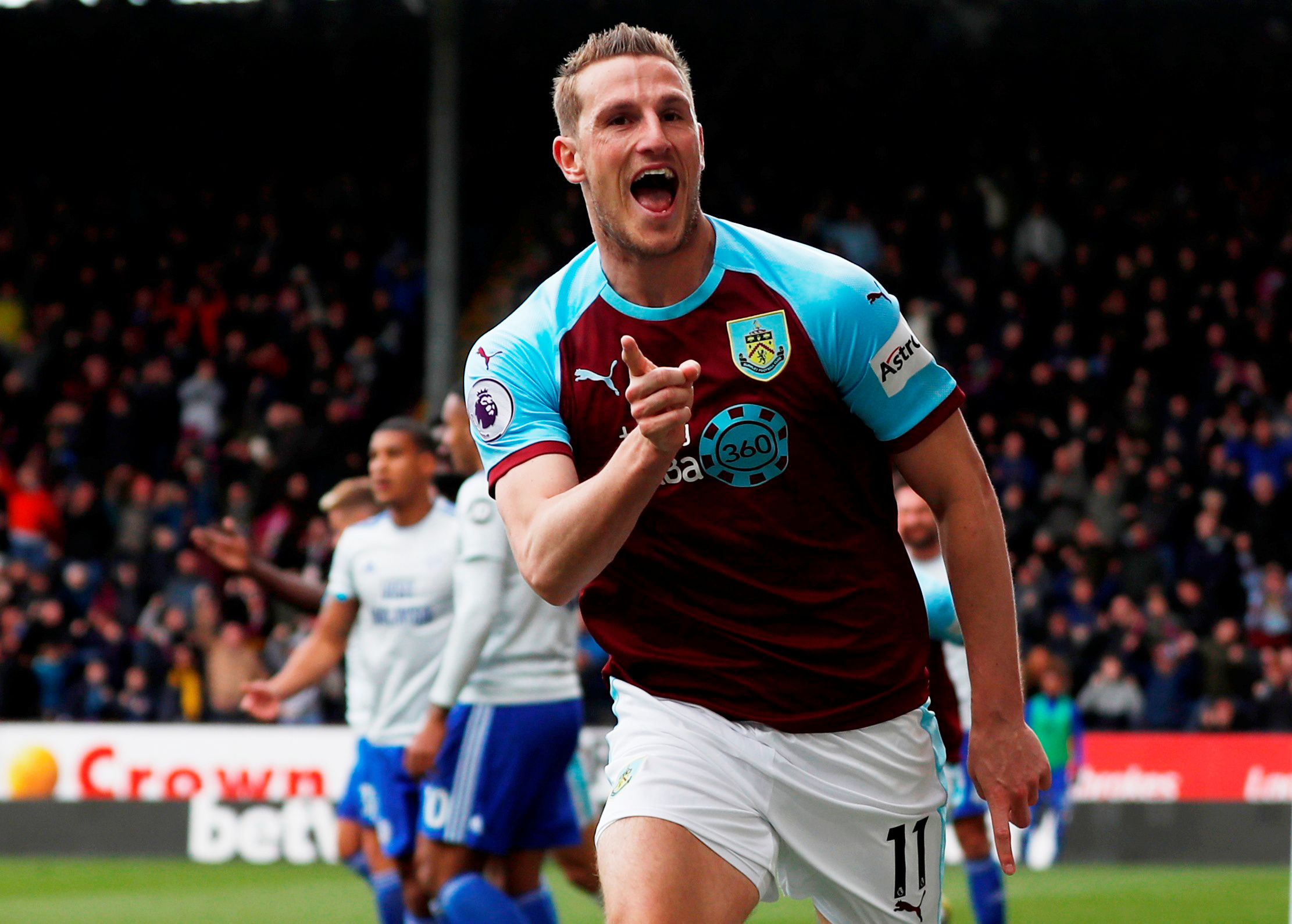 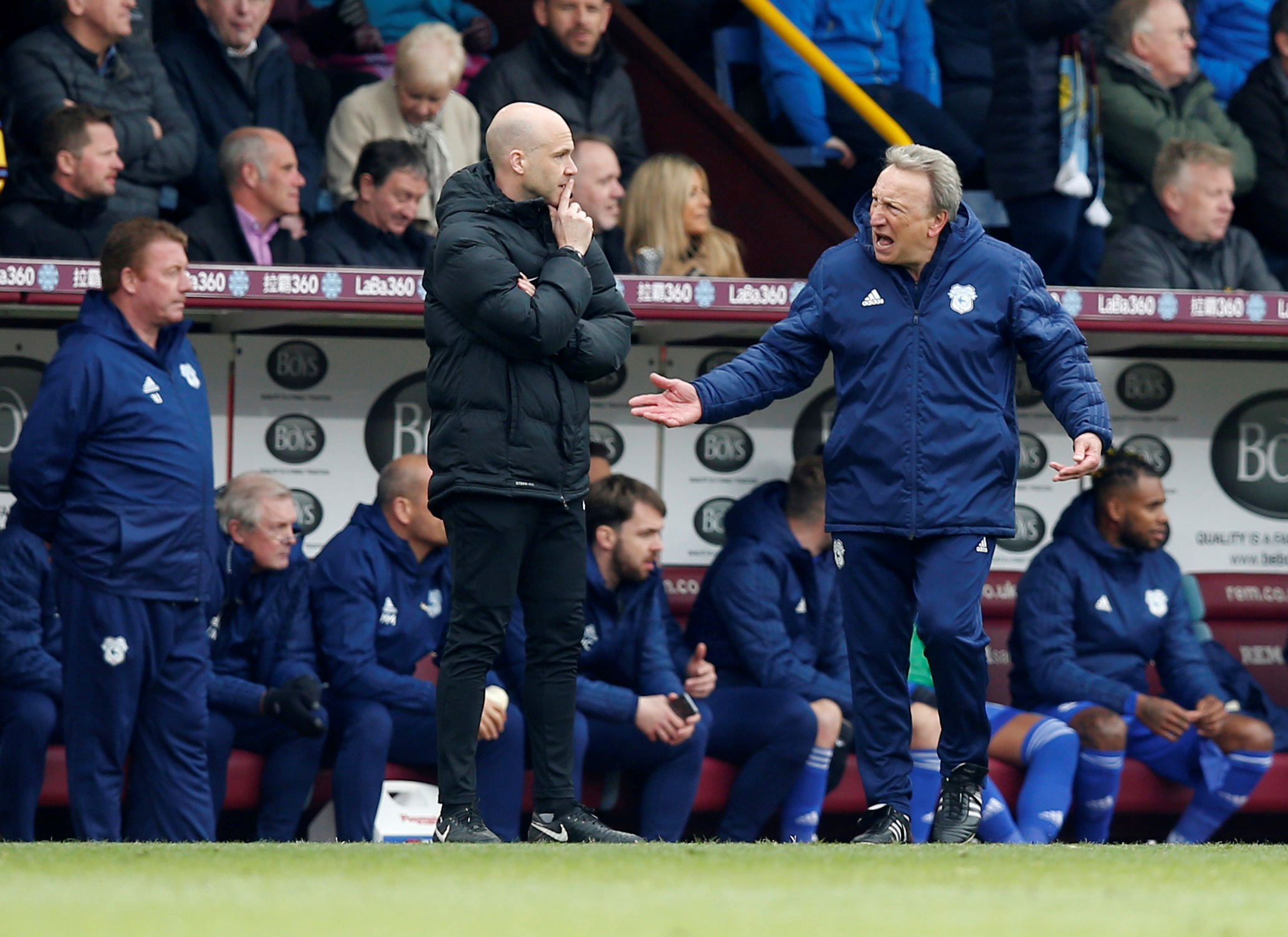 Mike Dean pointed to the spot but after speaking to his lino and talking through the handball decided to overrule.

Warnock, who is in hot water with the FA for comments after Chelsea’s offside winner last weekend, was livid on the touchline.

His team were battling back into the game after a shocking first half when Burnley should have racked up a big score.

Wood had already hit the post with a header in the opener minutes, while Ashley Westwood raced through twice but was denied by Neil Etheridge.

They got their goal when Dwight McNeil swung over a corner and Wood was left totally unmarked and thundered his header home.

Cardiff knew they needed a win to close the five-point gap on their relegation rivals – and tempers got heated at Turf Moor.

Ashley Barnes got a caution after KISSING Joe Bennett as they went head-to-head before the break.

Junior Hoilett blazed over the bar with their best chance, while Harry Arter skimmed the crossbar with an effort.

And they had another penalty shout turned down when Aron Gunnarsson was brought down by Charlie Taylor.

McNeil went on a mazy run to set up the second, with his cross deflected into the path of Wood for his second. 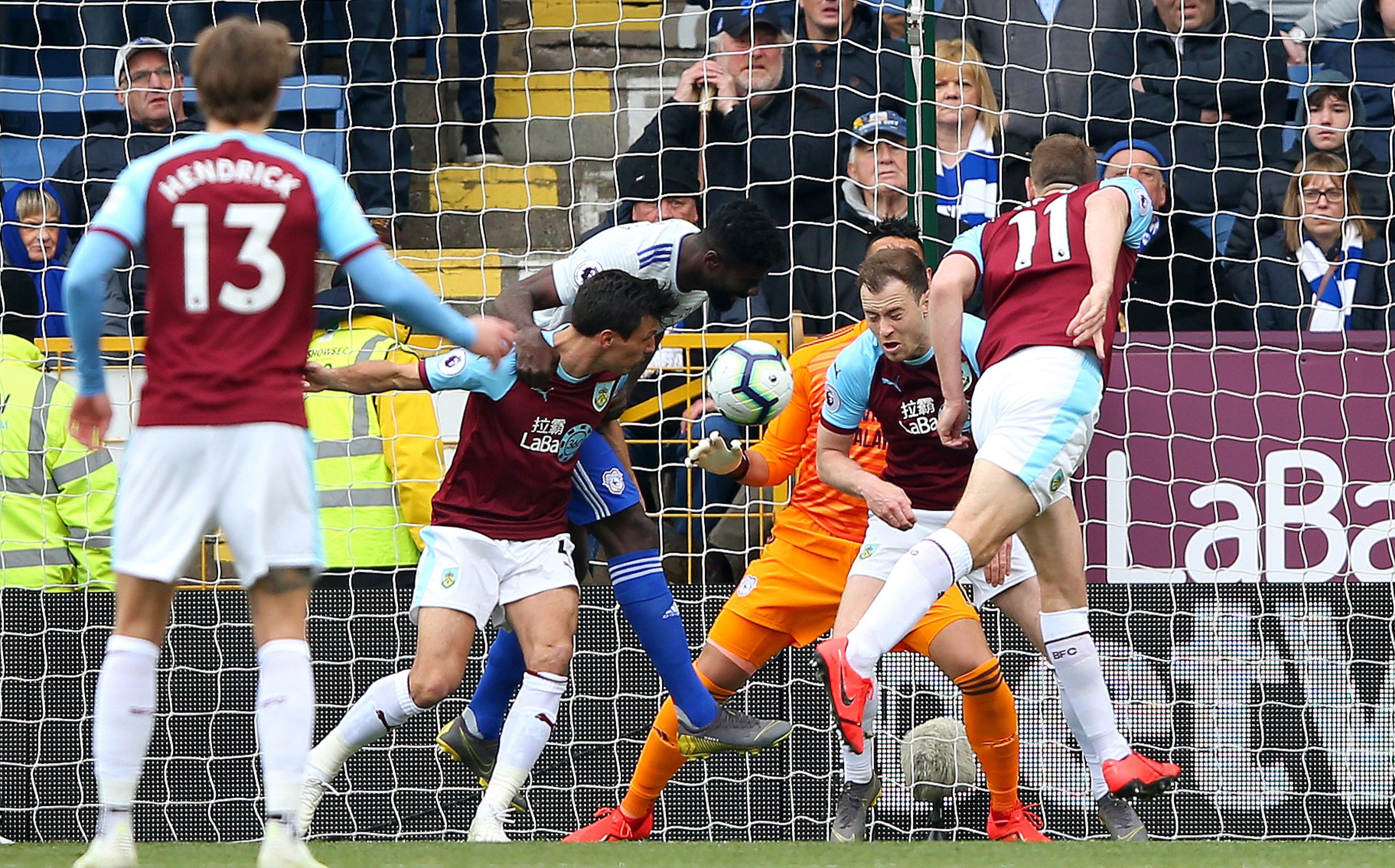 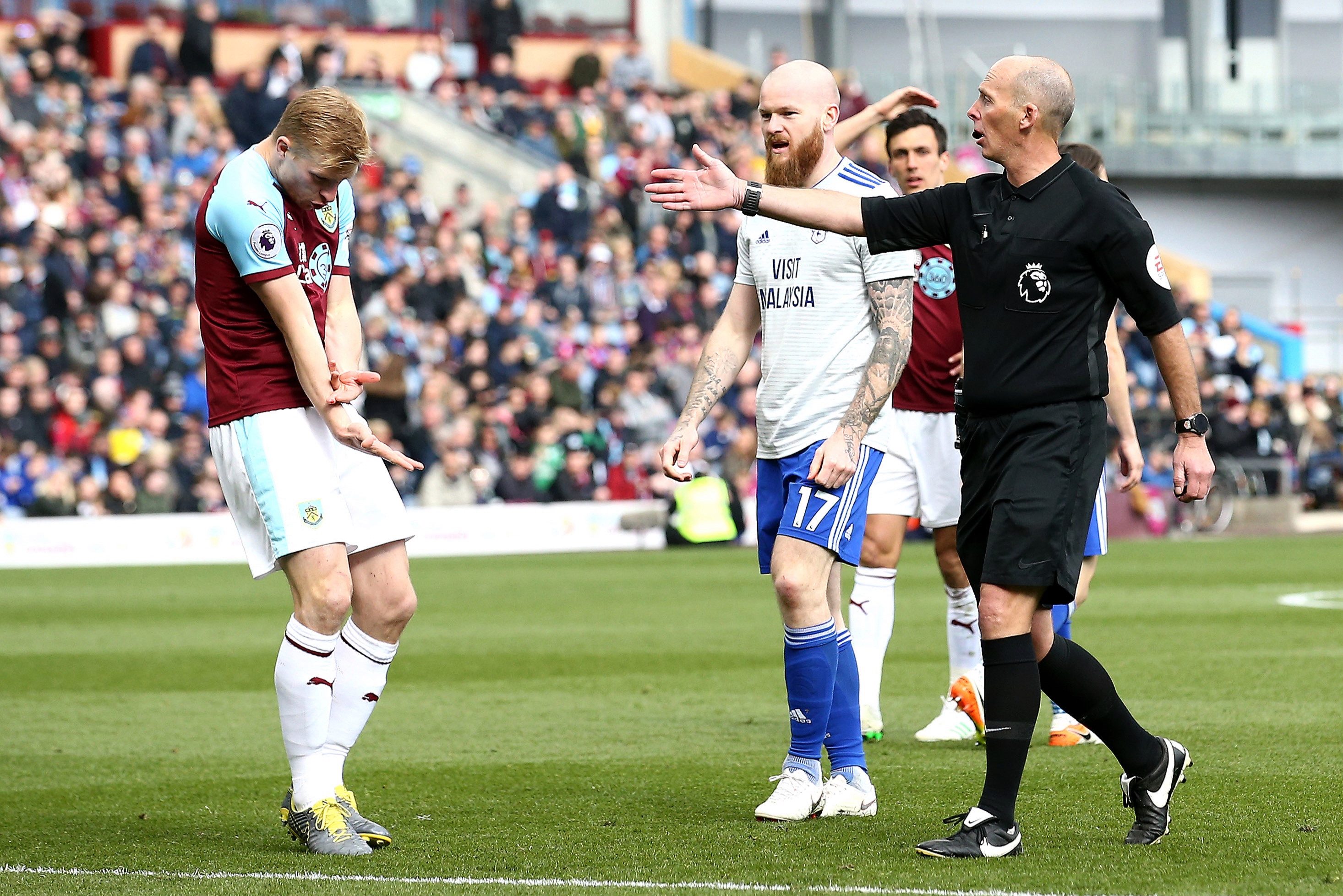 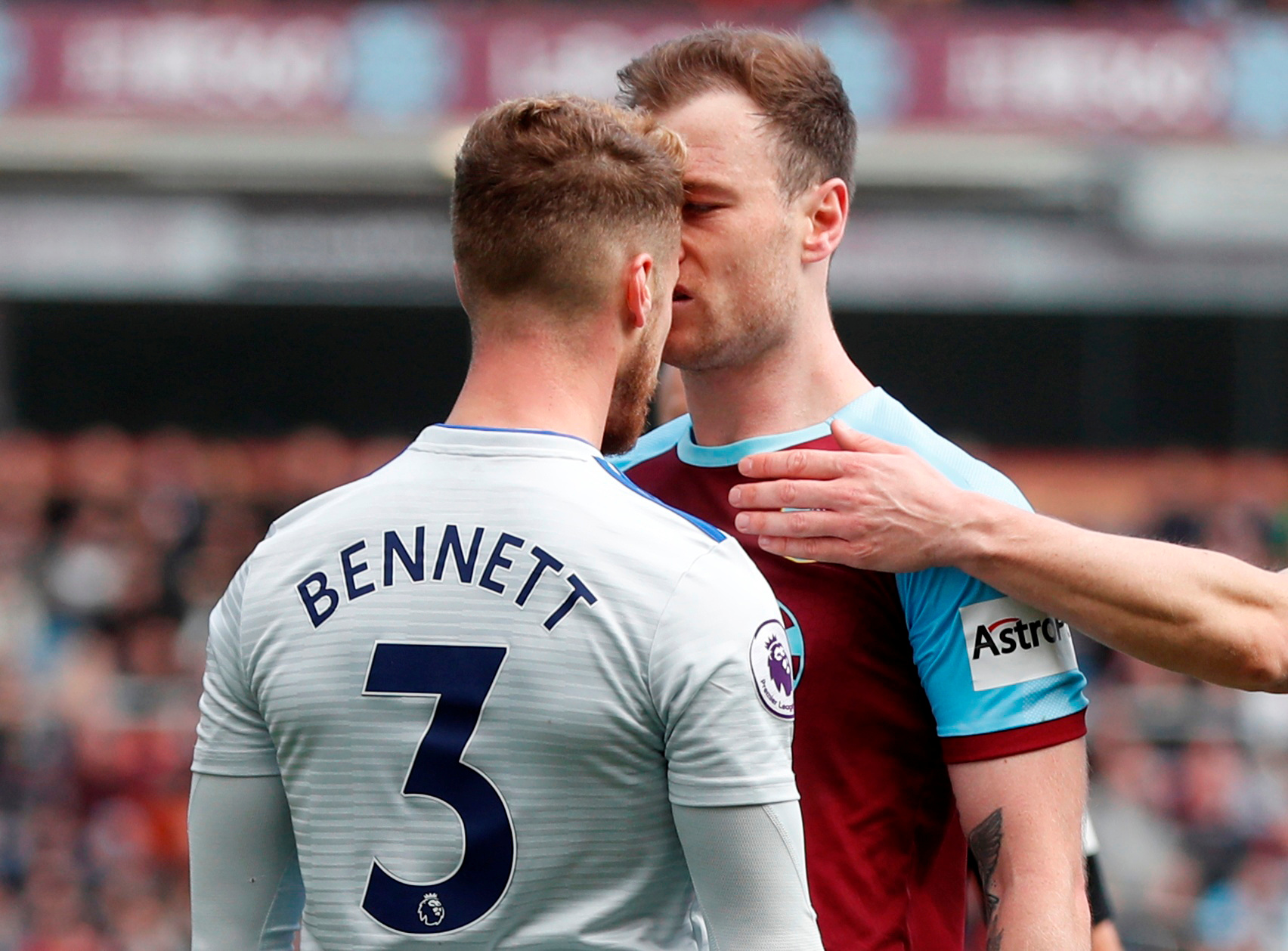