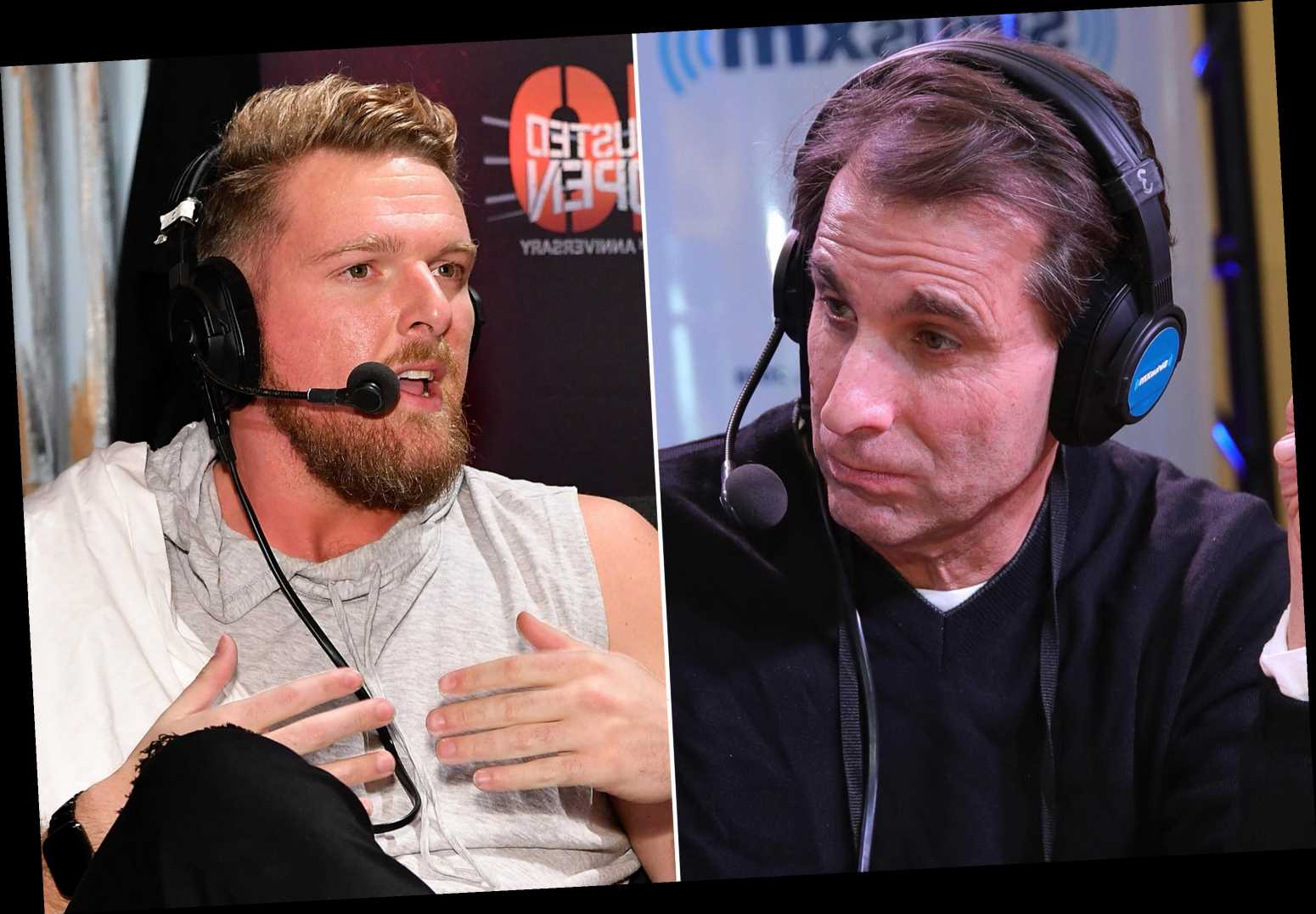 A Frankenstein monster is destroying the NBA

In the 1960s, Belle Barth, a late X-rated Miami Beach nightclub comic, would remark, “If I offend you, please tell your friends.”

And that brings us to, of all people, Chris Russo. He and I have engaged in some nasty battles over his 33-year WFAN then SiriusXM radio career. But credit where credit is richly deserved:

Despite starring in a medium that Ms. Barth would have recognized for increasingly aiming lower in a desperate, unamusing attempt to attract desensitized young males, Russo has always kept it clean.

So it comes as an incongruity that Russo’s SiriusXM namesake, Mad Dog Sports Radio, has become the weekday early afternoon home to “The Pat McAfee Show.” As a former NFL punter and kicker at West Virginia University — WVU the student-athletic home of NFL mainstay Adam “Pacman” Jones — McAfee relishes every second as an opportunity to be heard as a bottom-feeding, paid pig.

Only marginally a sports show, McAfee exploits sports and SiriusXM to spew and spit any and every unprintable vulgarity that his apparently limited mind can conjure. Everything must either end and/or begin with “f–k,” sandwiched around “motherf—kers” — a telltale sign of limited communicative skills and executive decisions that seek drooling morons as steady customers.

Fact is, McAfee’s “show” is so polluted with untreated detritus there’s no knowing if he has any legitimate broadcasting talent. If he believes that working from the stench of a dumpster remains the modern formula to national radio success, he may be right — even if that plan has grown yellow from overuse.

He must be thrilled to have his show ambush listeners of all ages at high noon through a sports show on a sports network. His YouTube channel page, which pitches his Mad Dog Radio show, proudly and prominently displays the word “F–K” and other crudities. And even when praising the religious sincerity of Tim Tebow, McAfee threw in a bunch of obligatory, X-rated paint removers.

That’s where Russo comes in, or should.

Regardless of whether McAfee finds even a flake of success, it’s inconceivable that Russo now easily indulges, let alone approves, of such content on his channel. And as long as Russo has never been shy to pick a fight, McAfee’s show should be in both his professional and personal crosshairs.

As long as McAfee’s “show” is heard on a network named for Russo, it’s well worth Russo’s time, thought and activity to blow the whistle on a zero-upside show and a smug, lowest-road host who, by short extension and network identification, represents Russo.

There’s no way Russo is at ease with McAfee’s content. Russo should raise holy hell. Or, in his case, holy heck.

What’s the worst McAfee could do, curse him out on the air?

Will Mr. Met be next to have to drop the Mr.?

Make mine mashed: So last week they came for Mr. Potato Head. Seriously. The Hasbro toy is adding a gender-less version, a toy potato now of unknown sexual preference and identification. That should solve everything. What about between consenting adult non-gender toy potatoes? None of our business.

Next to go, according to unreliable sources, will be Mr. Met. Many beloved team mascots will be removed in order to enact social and historical re-education and revision — the secret to curing our ills. Some have already been forced to walk the plank.

As Mr. Met’s employment and legacy are threatened, we remember that the comedian Emo Philips grew up with the nickname, Mr. Baseball, he explained, “because of the stitches in my head.”

Some folks, especially those who publicly pipe their opinions on the state of the world, are never held accountable — certainly not as a matter of self-inspection — for their actions.

That would be his business had he not made it his business. He was paid to star in a series of Weight Watchers commercials, how it worked for him.

Not that I’d dare accuse Barkley of doing anything for a buck, but those FanDuel come-on sports gambling ads he also starred in came after his admission that he’s a problem gambler — and with an unpaid $400,000 Vegas casino marker to prove it.

But Barkley remains a go-to TV and radio expert in identifying phonies.

ESPN was at it again last week, dishonestly claiming partial but lead credit for scoops that were the work of others or that everyone else was granted. Thus, the Tiger Woods car crash was followed by police sources “tell ESPN,” when those sources told everyone.

Then it gave itself credit for the story about LeBron James’ son, Bronny, having knee surgery, only to include at the very bottom that the “Los Angeles Daily News first reported” the surgery.

This journalistic thievery in ESPN’s unconditional pursuit of self-promotion should’ve ceased years ago, after a network memo was circulated that in essence read, “We’ve never done that and it’s time we stopped doing it.” Instead it has grown worse.

Britton not as hard on everyone

Zack Britton isn’t happy about sharing a locker room and team with domestic assault-perp and fellow pitcher Domingo German? OK. But what about Yankees teammate and fellow pitcher, the previously suspended Aroldis Chapman — who, though not charged, allegedly threatened his girlfriend with a gun?

Kobe Bryant’s widow, Vanessa, is upset that vulgar, N-wording, women-degrading Meek Mill rapped and recorded an “insensitive” line about her husband’s death in a helicopter? So she’s good with the rest of his lyrics?

Gone but never forgotten: As of Saturday morning, Michigan basketball was 17-1, 11-0 in the Big Ten. But one college basketball expert widely declared Michigan’s hiring of Juwan Howard as head coach in May 2019 to be a ridiculous, rotten choice. He went by the name of Mike Francesa.

Given the state of baseball, it shouldn’t be too long before ESPN buys the rights to Rob Manfred’s annual announcement as to which ball MLB will use that season. Will Manfred wait a while before again unnaturally manipulate the game and its records with a ball designed to mass-produce home runs? Or will he at least start off a season with a gentler version?

He may not always play good positional hockey, but when Islanders forward Mathew Barzal has the puck, no more than two feet of space needed, there is no Ranger, Devil, Net or Knick more worth watching.

Bless his soul, new Mets shortstop Francisco Lindor wants to be counted among those who reject analytics for their failure to stick with the practical, here-and-now of games in play. In other words, Lindor would never try to turn a win into a loss based on choosing what he can’t know versus what he’s watching. Imagine!