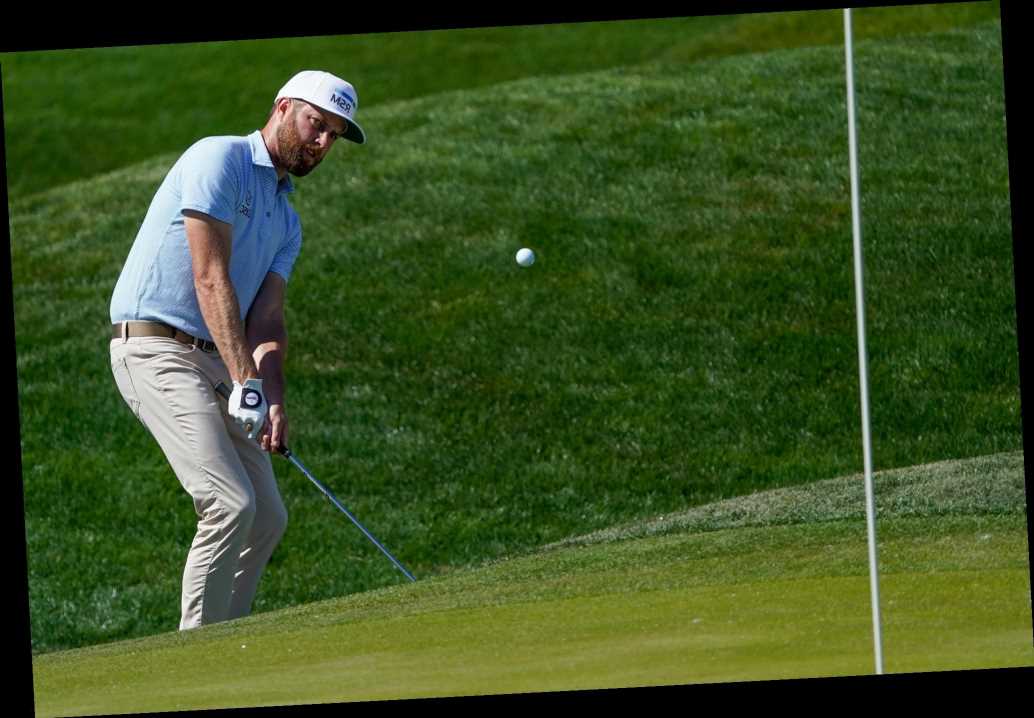 TPC Sawgrass beats up pros in first round of the Players

Justin Thomas hasn’t been the same since homophobic slur incident

Arnold Palmer would have loved this incredible day of golf

It doesn’t always manifest itself in the stereotypical ways you might think — through loud and obnoxious behavior, drunk driving or public drinking.

In the case of Chris Kirk, a 35-year-old PGA Tour player who has won four times and earned more than $19 million in his career, but has never reached any sort of fame or notoriety, he suffered in silence as an alcoholic for years and never looked the part.

My father was an alcoholic and he, too, appeared to anyone outside of our home as one of the friendliest, happiest guys around. The people on the outside didn’t see how the demons of alcohol affected him and our family before he got sober and saved his life and our family.

These were the things Kirk, who’s married with three boys ages 3, 7 and 9 years old, faced.

So, on April 29, 2019, in a hotel room in, of all places, New Orleans — the party capital of America — Kirk experienced his come-to-Jesus moment. He decided enough was enough, that he could no longer control and hide his drinking.

Less than two years removed from that lonely — but brave and powerful — moment, Kirk enters the weekend of The Players Championship two shots behind leader Lee Westwood at 7-under after shooting 65 on Friday, the low round of the tournament.

“There was a time when I’d be on the 15th hole at a tournament and I couldn’t wait to finish so I could go get a drink,’’ Kirk told The Post on Friday. “It became medication for anxiety, fear, some occasional depression and feeling pretty worthless. I couldn’t live a functional life without [alcohol]. I couldn’t wait to get done playing golf so I could get back on it. It was a bad cycle.’’

Kirk, who has been sober since that fateful New Orleans night, is on a much better cycle now. He doesn’t sweat the small stuff anymore. And he likely won’t sweat the big stuff either this weekend while he tries to bag the biggest victory (on the golf course) of his life.

Kirk’s second round was eventful. The highlights included a chip-in for birdie on the 15th hole (his sixth of the round) and a 147-yard hole-out for eagle on No. 1. Those two shots came in a six-hole stretch during which Kirk was 6-under with four birdies and the eagle.

Gone are the demons that toyed with his psyche while he spent all those nights vulnerable and alone in hotel rooms, just him and a bottle of whatever he was drinking at the time.

“When I was really going to drink a lot, I preferred to be by myself, because I knew that I couldn’t sit down and have 20 drinks with anybody or they’d think, ‘What the hell is wrong with you, man?’ ’’ Kirk said.

Kirk said that the more he drank, the worse his golf game became and then fear would set in.

Kirk stepped away from competitive golf for about seven months. He asked his sports psychologist if he’d counsel him with his personal problems instead of golf. They didn’t talk about golf once for six months.

Kirk, who returned to golf at the Mayakoba Golf Classic last December, was on a major medical extension, granted by the PGA Tour.

The Sony Open in January was his final event to gain enough FedExCup points to retain his PGA Tour card. Kirk needed at least a two-way tie for third place to do so, and he birdied the final hole to finish in a tie for second. Had he not birdied 18, he would have finished in a four-way tie for third, would not have retained his card and wouldn’t be at TPC Sawgrass this week.

“It’s pretty wild the stuff that can happen in this game,’’ Kirk said. “There were months where I didn’t think that I really had any interest in playing golf at all again, much less competitive golf.’’

And then there are days like Thursday and Friday. The kind of days Kirk, just two short years ago, never thought he’d see again.