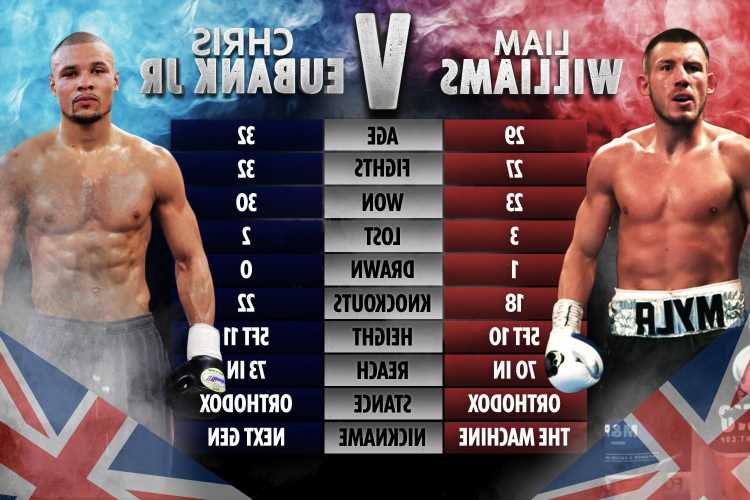 CHRIS EUBANK JR returns to the ring against 'The Machine' Liam Williams in an all-British middleweight bout.

The pair are set to face off in Cardiff this Saturday after months of back-and-forth on social media. 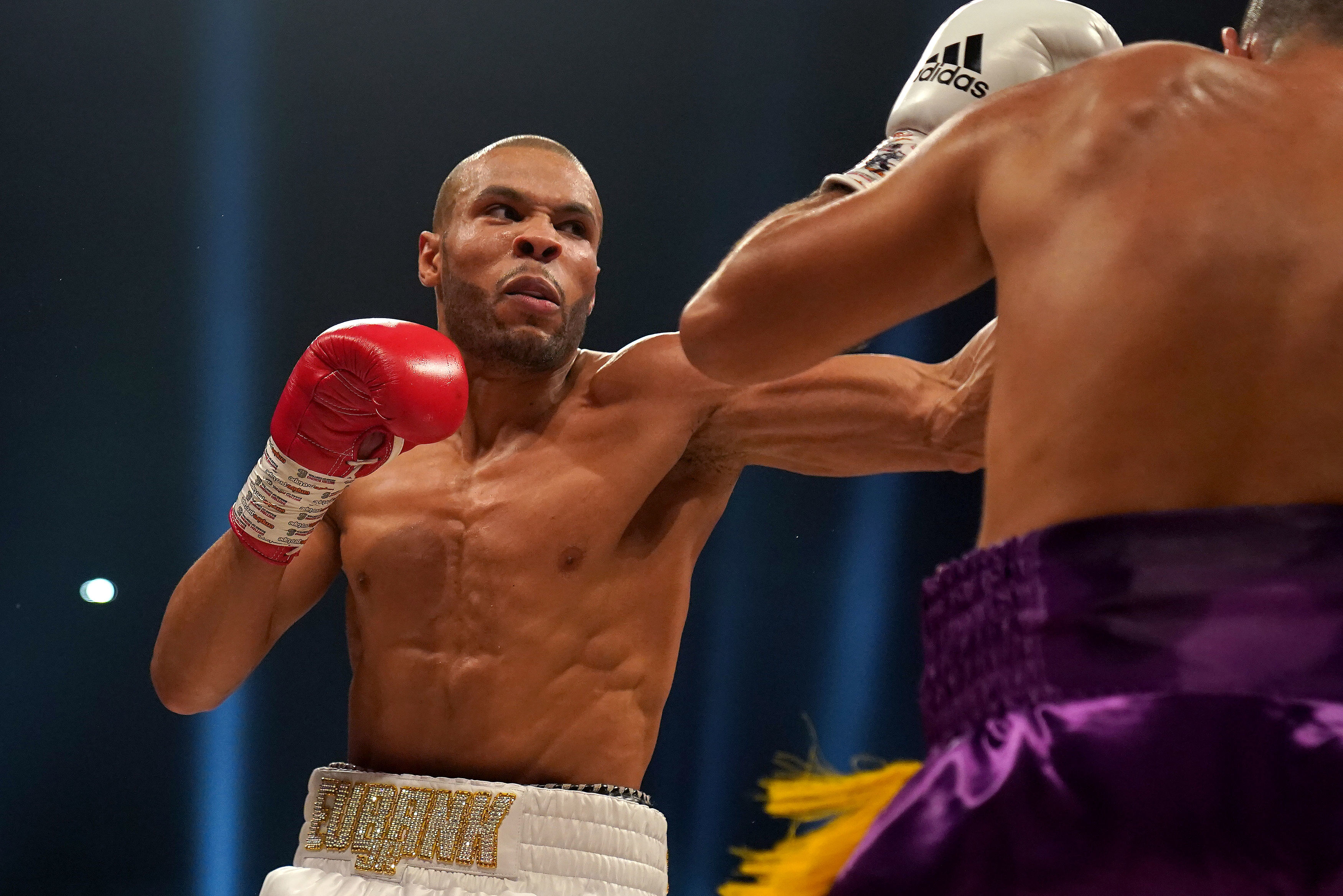 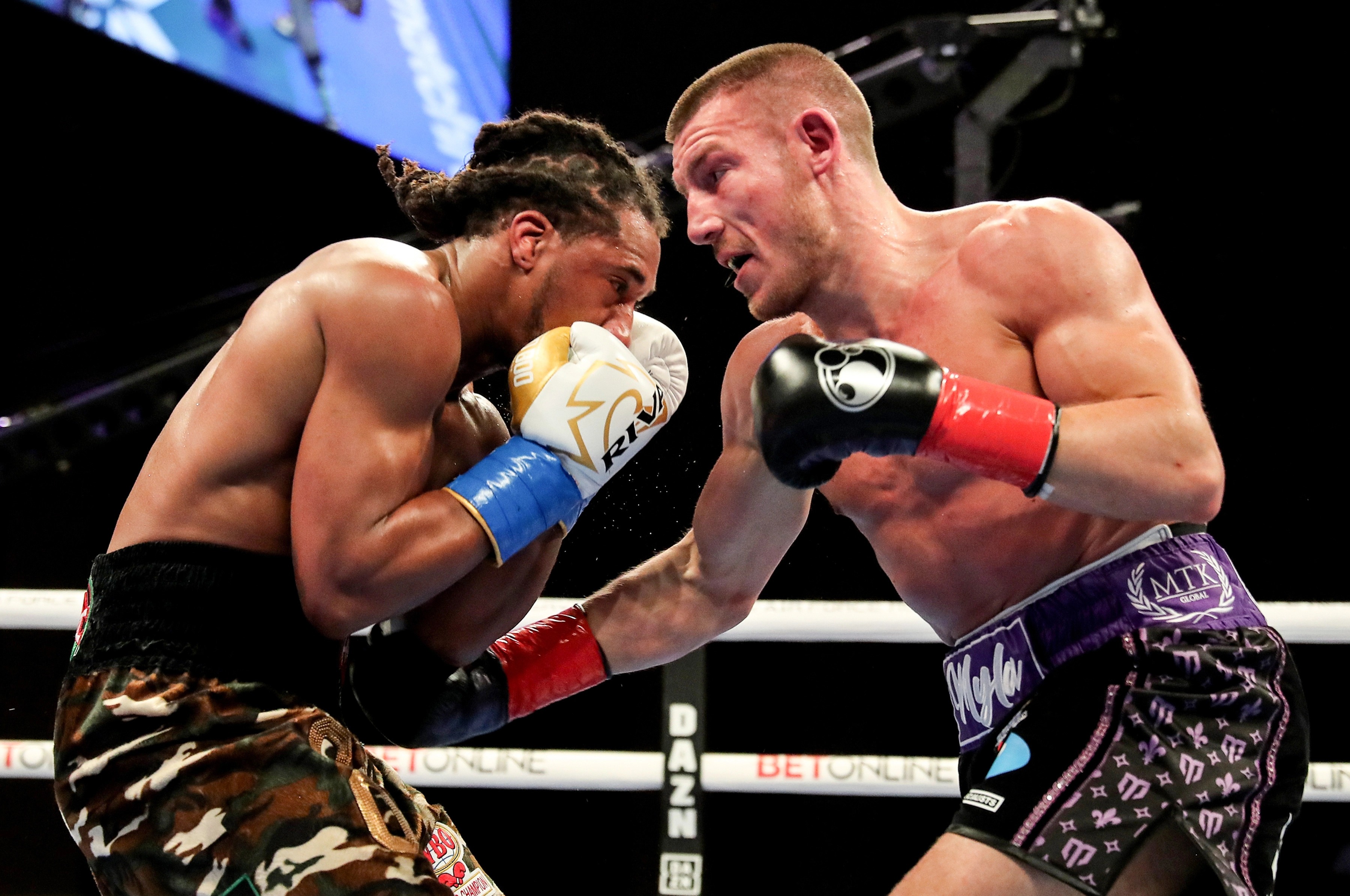 Following wins for Eubank Jr last year against Marcus Morrison and Wanik Awdijan a super-fight with Gennady Golovkin was rumoured.

But SunSport exclusively revealed that plans to fight Triple G are parked until the summer.

Instead he will take on 29-year-old Williams in a tasty all-British bout.

Next Gen has won 30 out his 32 career fights – losing only to George Groves and Billy Joe Saunders.

Williams meanwhile has won 23 out of his 27 fights – losing three and drawing one.

His most recent fight ended in defeat against WBO middleweight champ Demetrius Andrade in April. 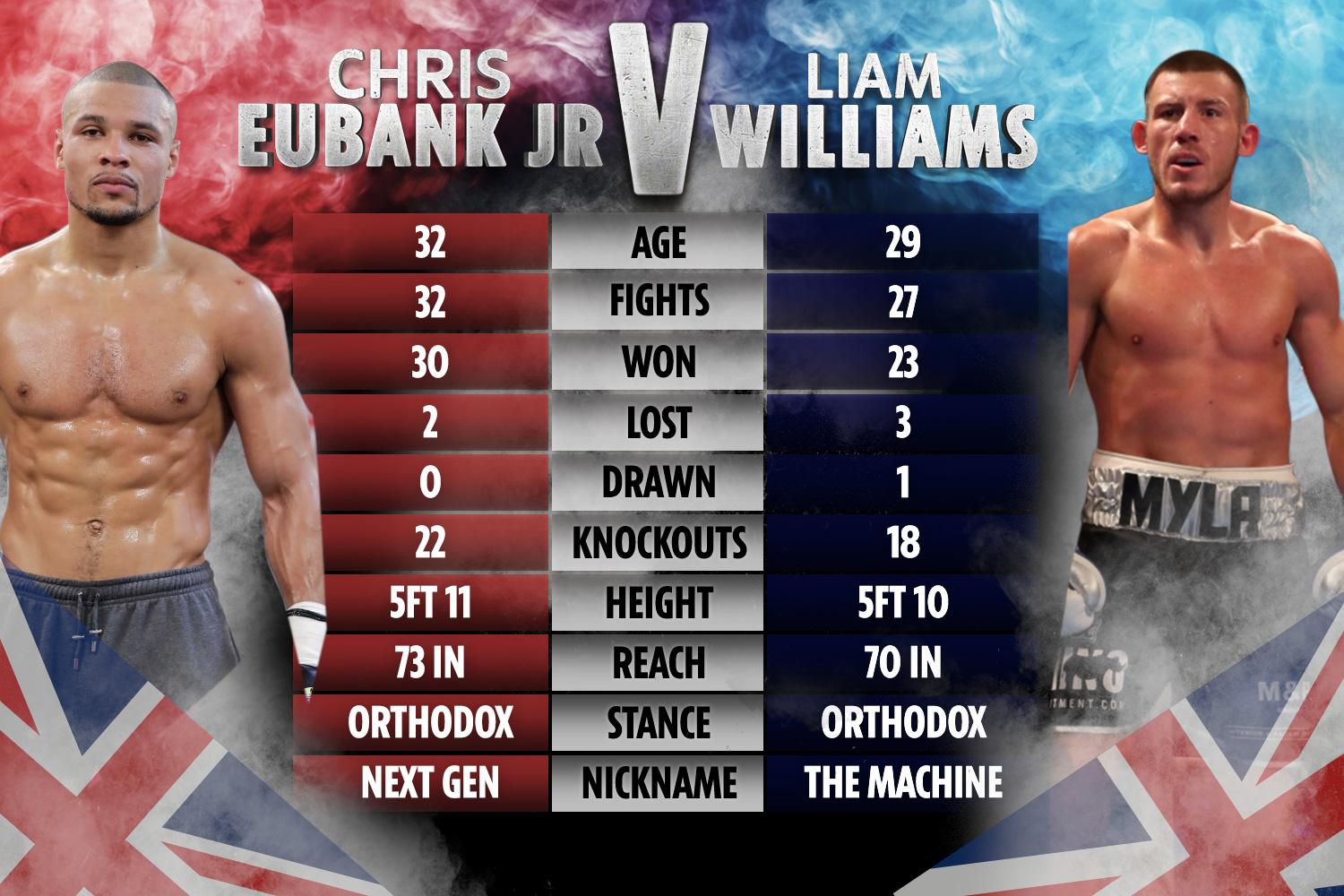 Eubank Jr has 22 knockouts on his record compared to Williams' 18, with the pair having a similar KO ratio.

And the son of Eubank Sr has the slender advantage when it comes to height and reach.

He stands at 5ft 11in, just an inch taller than opponent Williams and boasts a longer reach by three inches.

And there's plenty at stake with the winner of the bout expected to be in line for a shot at a title when they next fight.

The packed out Motorpoint Arena should be in for a treat when the two men come to blows in less three days time.