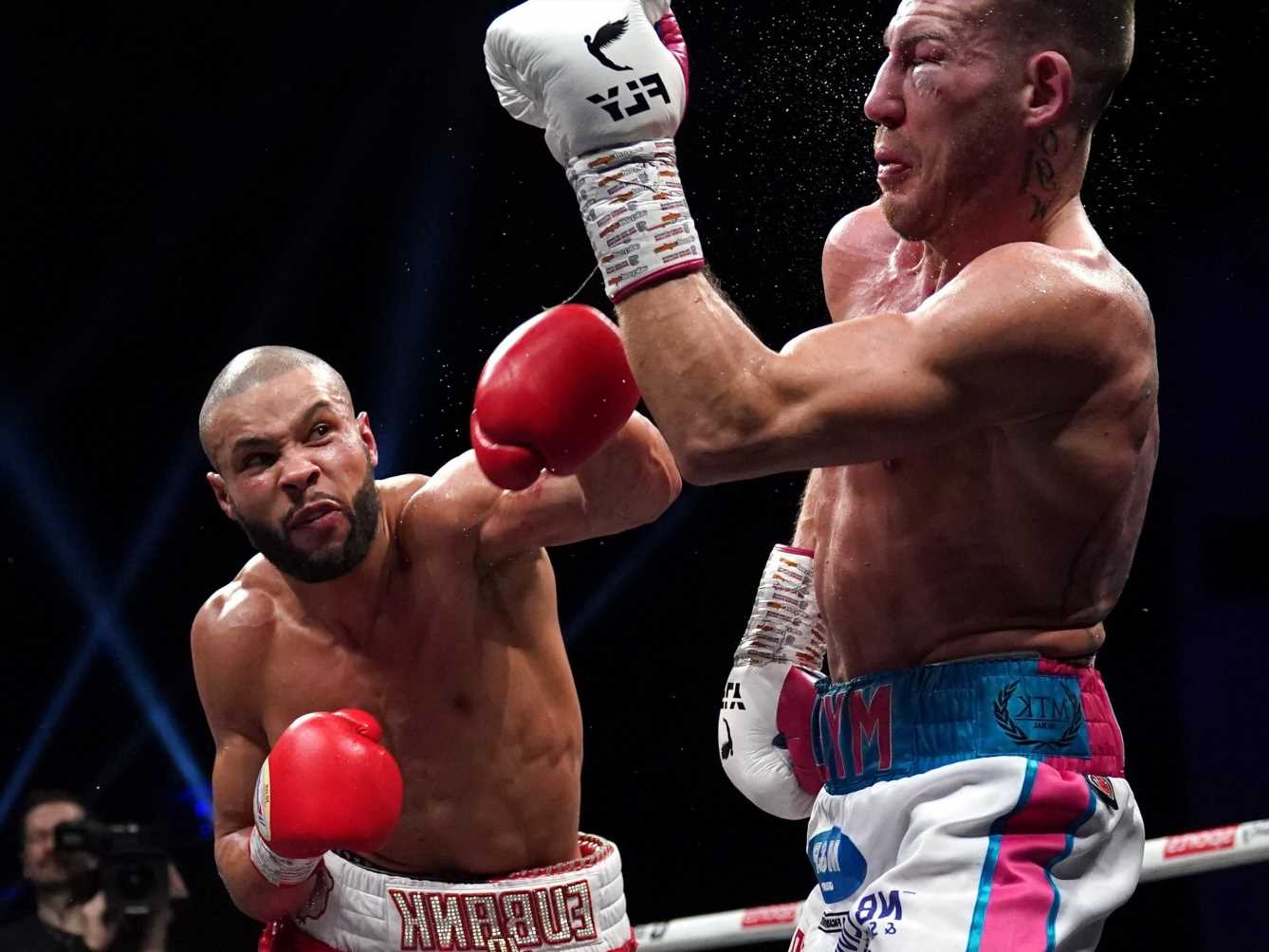 It was in equal parts brilliant and awkward watching Chris Eubank Jr beat Liam Williams over twelve rounds in the ring on Saturday night in Cardiff.

Eubank dropped Williams four times, hit him often enough and hard enough to close the local fighter’s right eye and put on a variety of circus tricks to anger a very hostile crowd.

At the final bell, Williams fixed his one good eye on Eubank, who had few signs of 36-minutes of rough fighting on his face, and snarled in defiance; Eubank shrugged and walked back to the last and lasting words from the American, Roy Jones , who is in his corner now. They are, it has to be said, a good double act.

It was a flawless performance in many ways and at the same time a troubling warning for Eubank. He was so dominant in the first six rounds when he sent Williams tumbling hurt and confused in rounds one, two and four, but was extended the full twelve. “I wanted to make him suffer,” he told me after the fight. It’s possibly true, it was that type of nasty fight.

Eubank won with scores of 116-109, 116-108 and 117-109. There were several rounds in the middle of the fight when Eubank waited too long, showed just a bit too much and Williams stuck doggedly to a lost cause. It is impossible to get dropped three times in the opening four rounds and win a fight on points. That’s just a rule, unwritten, but solid. 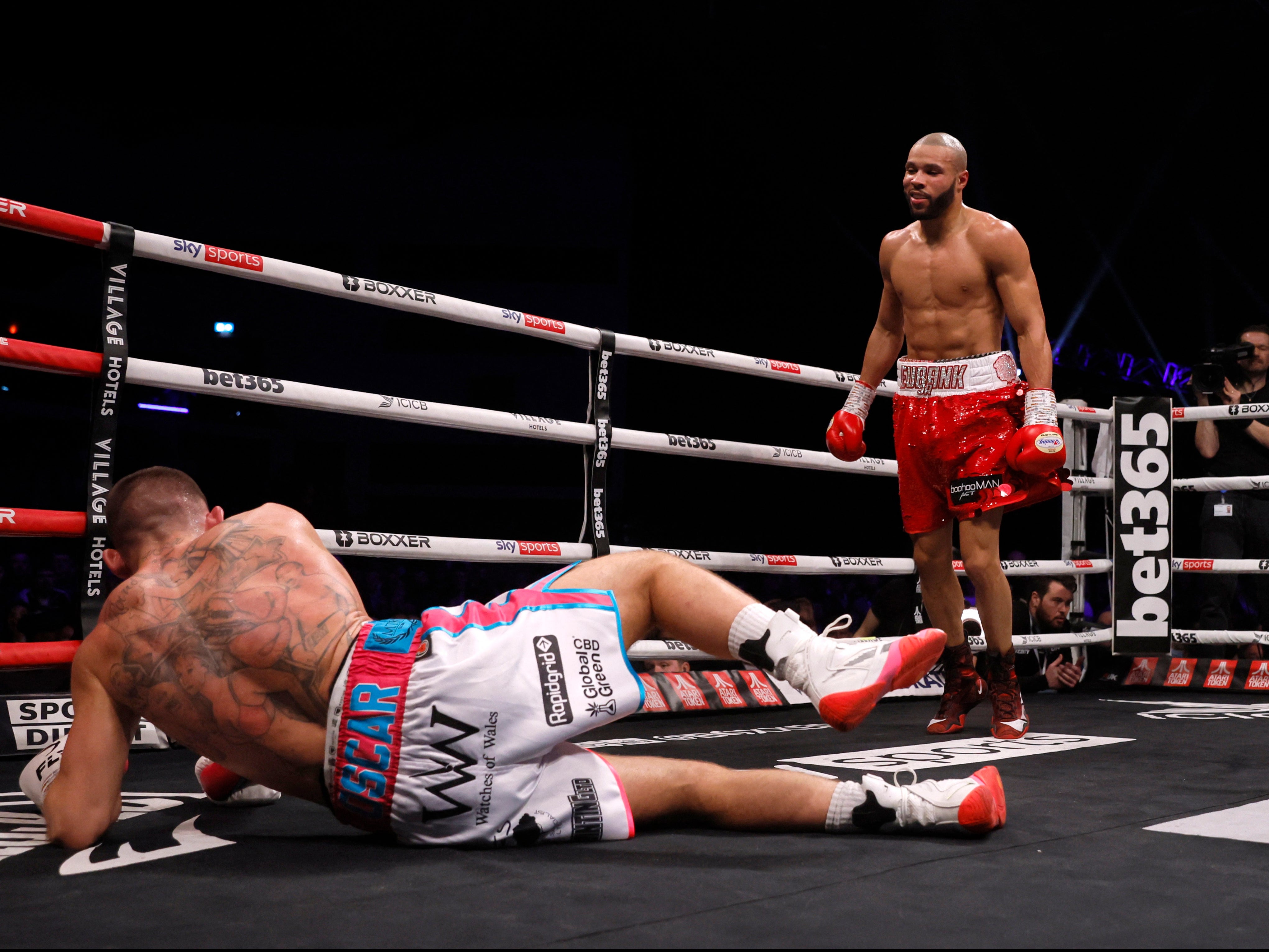 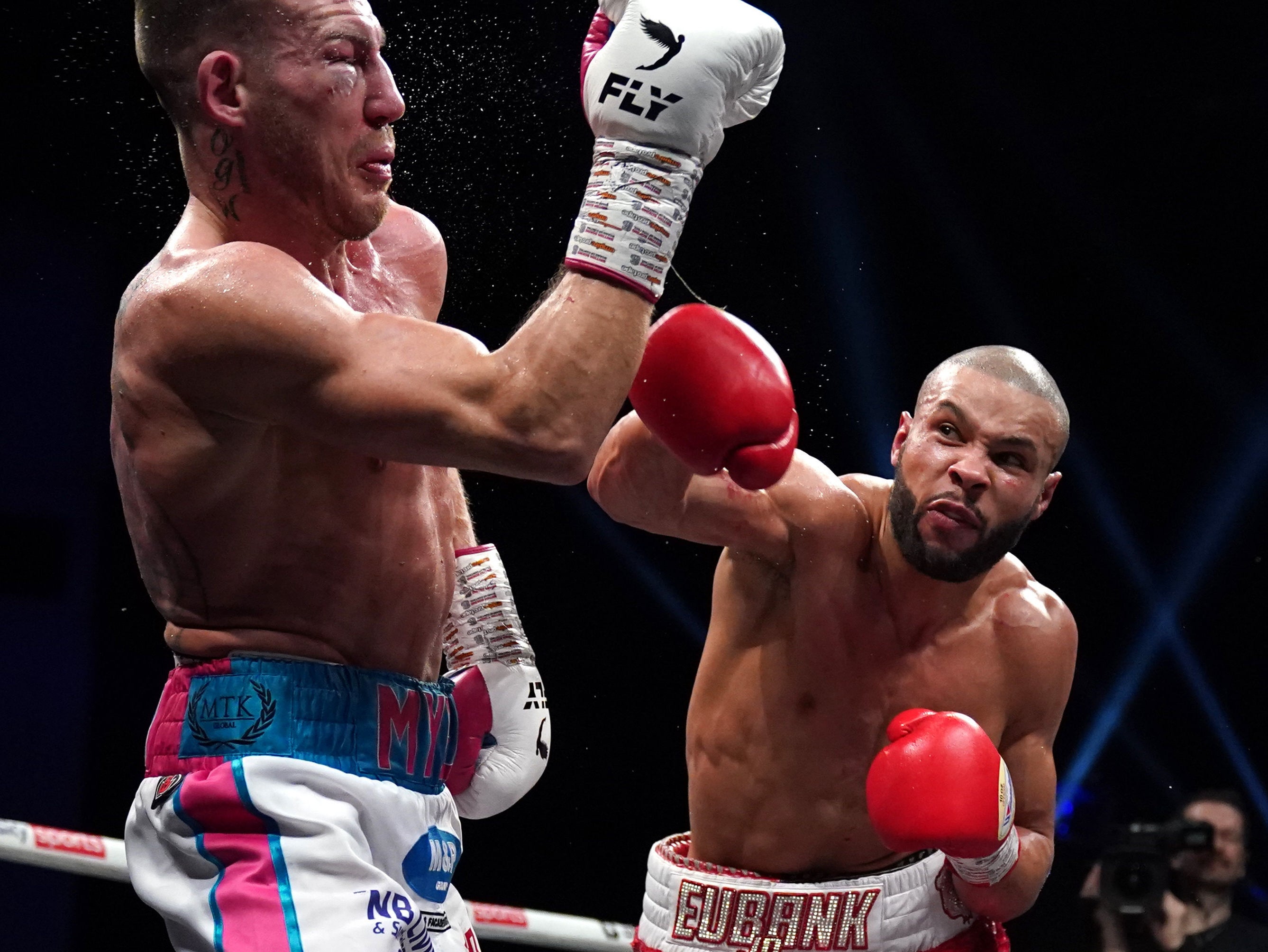 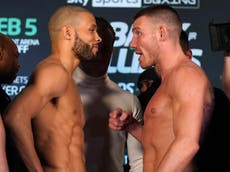 The crowd, as expected, played their role in the drama and kept Williams going and he kept them hopeful. There were a lot of moments when Williams, even with one damaged eye, managed to connect cleanly and Eubank would end up stumbling but not hurt back to the ropes. They were moments of real joy for a packed house, a house united and totally behind the mission to shut Eubank’s mouth. The Eubank boys, father and son, have been winding up boxing crowds for nearly 35 years and it has to be said they do it so well. Chris, the father, was a dignified and satisfied ringside guest.

The knockdown in the opening round was one of the slickest and smartest I have seen for a long, long time. Eubank was retreating, had set his left foot, dipped slightly and let a short hook go with such speed that even in slow motion it was hard to trace. Williams went down, both stunned and warned. It was a classic Roy Jones knockdown.

The knockdown in round two was far more traditional, a right cross and another fast left hook; Williams was hurt and in danger of being stopped, but he never panicked and his new trainer, Adam Booth, is an expert at calming fighters during the crucial sixty-second gap. I thought Williams came out and won the third.

In the fourth, Williams was caught and dropped by the same punch that had separated him from his senses at the end of the first. It was speed, timing and skill from Eubank. And then Eubank went for a stroll, which against a better fighter could have been an issue. It has to be said that playing matador, smiling and laughing against a local idol is a brave way to spend a night in Cardiff.

In the eleventh, Williams was down again. He was caught and pushed and fell; it was a knockdown, but not a heavy one. A round later, at the end of the twelfth, they never bothered to touch gloves at the end. 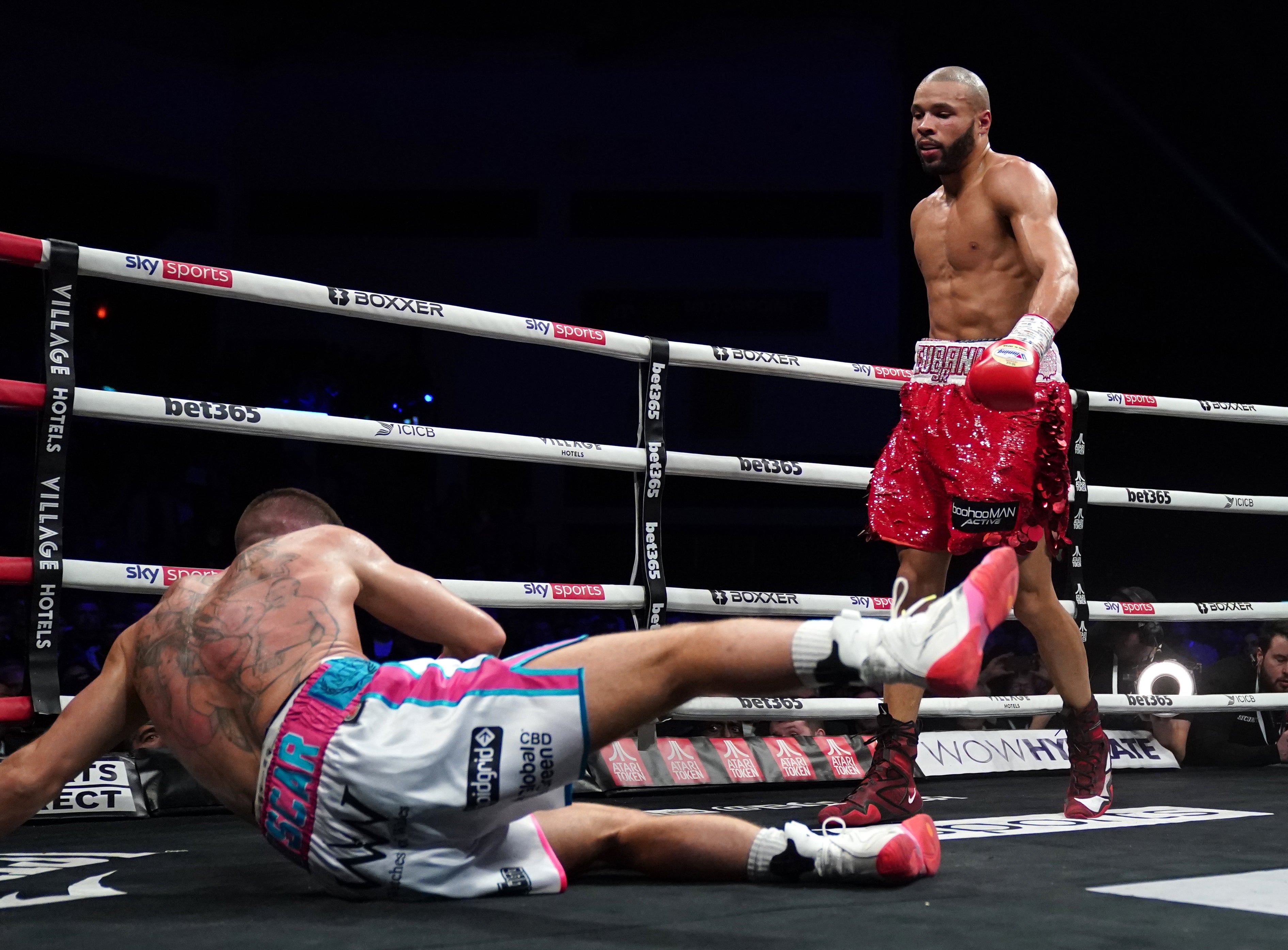 Eubank had damaged his left hand at some point in the first four rounds and that limited what he could do. “It took away a lot,” Eubank said. “It was hurting him, controlling him.” I saw the hand dipped in ice in the dressing room after the fight. It was painful, not an invented injury.

The Eubank plan is a world title fight, a night he deserves after so many years in the ring and under the spotlight. The real attraction at middleweight is the great Gennady Golovkin, who is the IBF champion. Eubank has been asking for Golovkin for about seven years now and that once sounded like a fantasy.

“I want Golovkin,” Eubank said. “I still want Golovkin. I have wanted him for a long time.” The speed would be crucial in a fight we could now see. 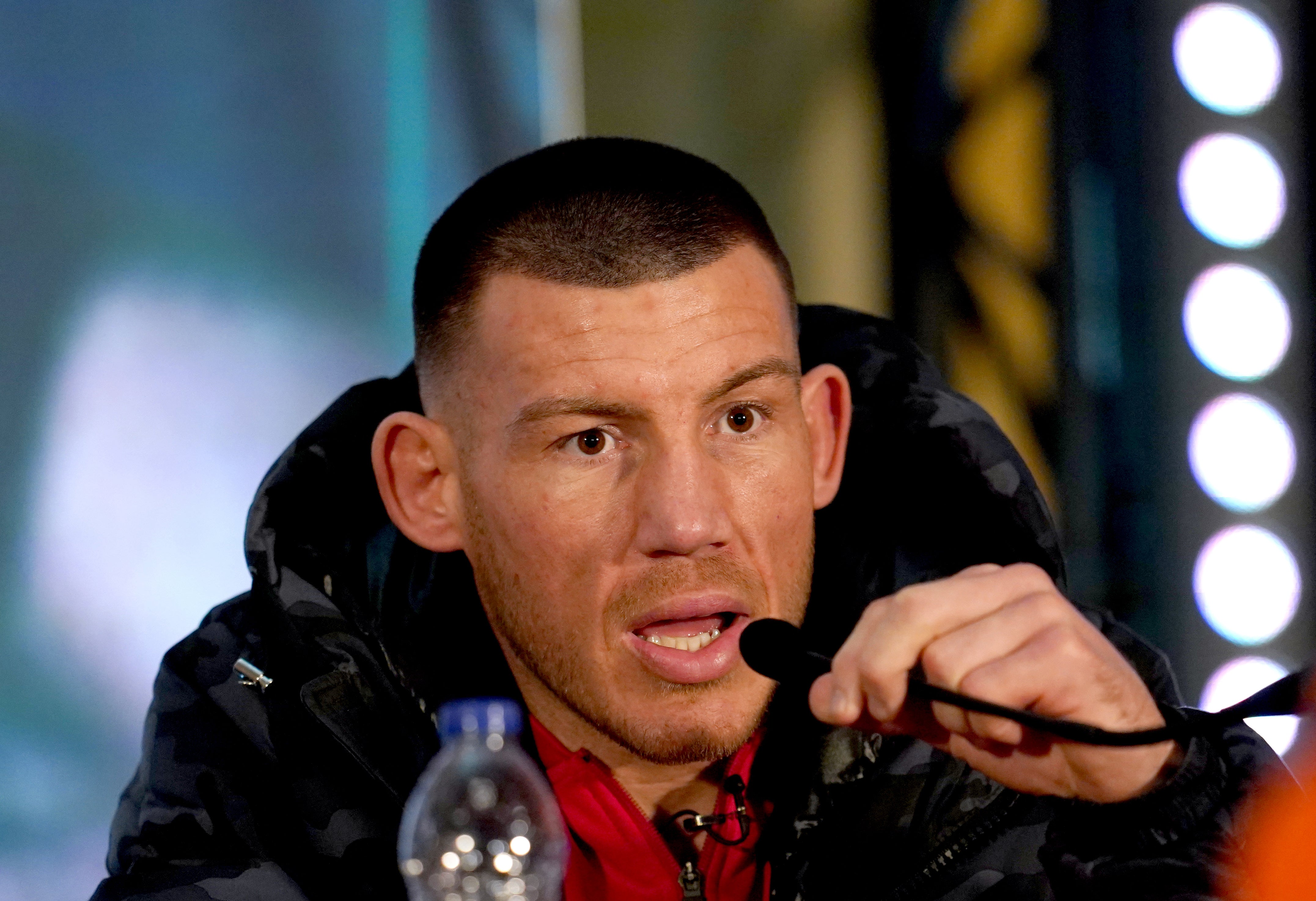 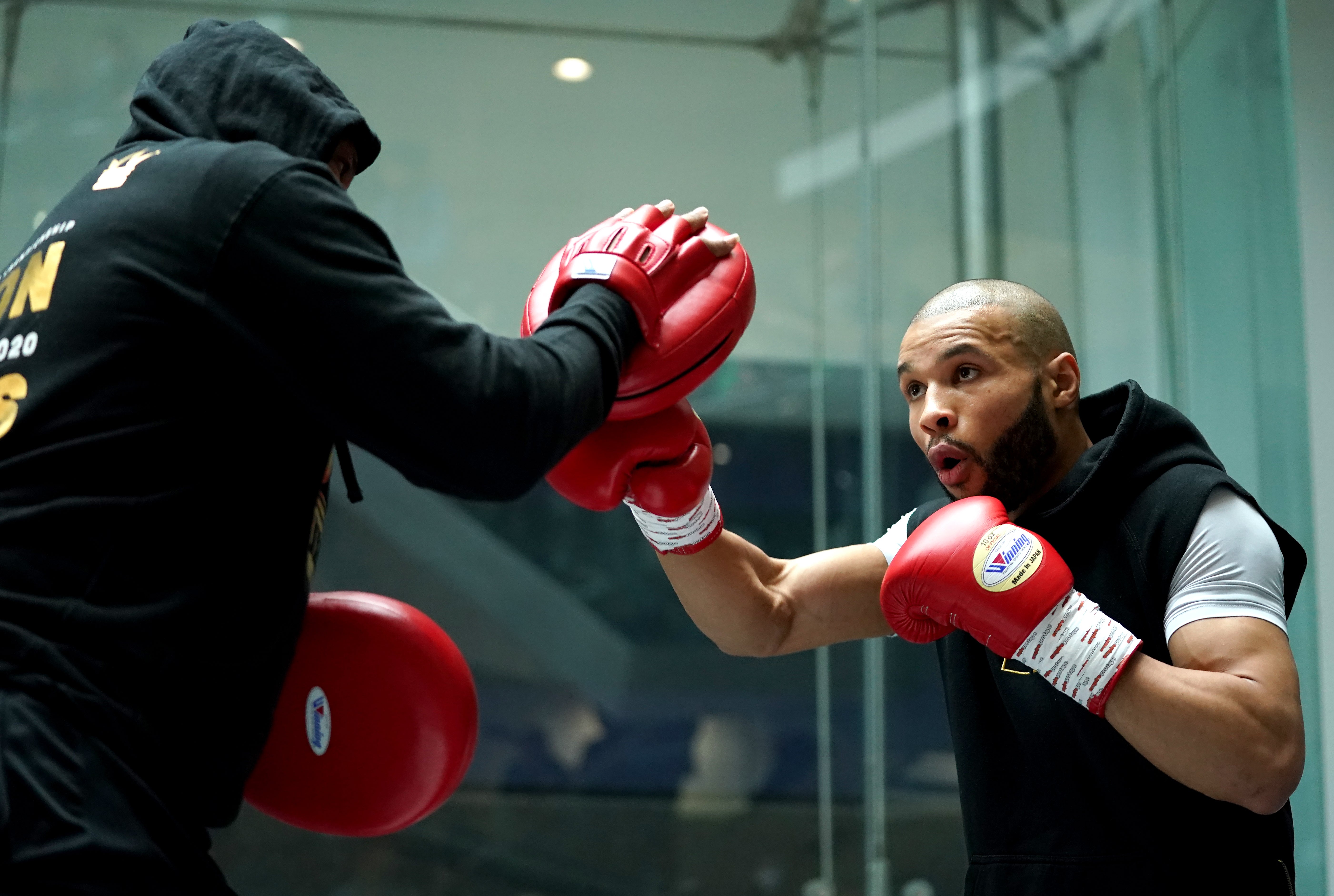 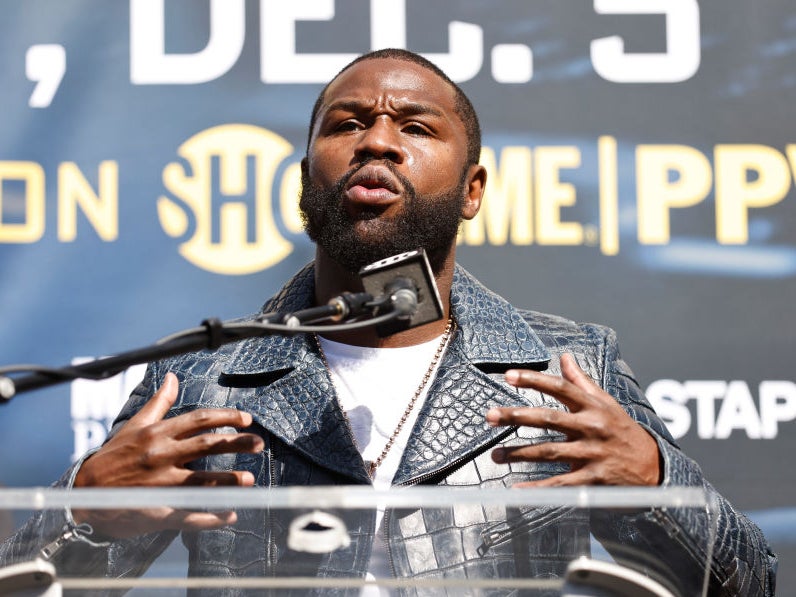 The Eubank from the first four rounds would be a serious threat to him today, but it would be a bad, bad mistake to not finish a man like Golovkin. The best fighters never fail to finish; Eubank’s father was one of the very best finishers and now the son could do with a word of advice from the old master.

Eubank is a very good fighter now, no longer the kid with the household name on the back of his robe and the high-hopes dumped on his shoulders. The kid is gone.