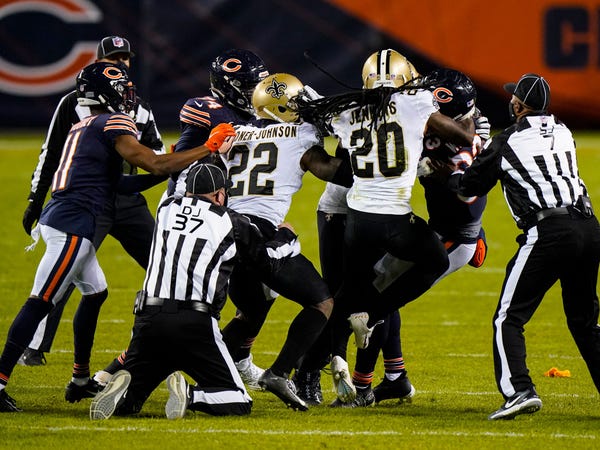 The minor brawl broke out in the third quarter after a play ended on the other side of the field. Wims approached Gardner-Johnson after the whistle, got his attention, and then threw a sucker-punch right at his helmet.

It was an odd scene that confused fans for the same reason many football brawls are confounding — it doesn't really make sense to throw a punch at a player wearing a helmet.

On Twitter, fans shared their puzzlement with the play.

While it's an odd question, the right answer is probably the simplest one: most of the time, fights don't make a lot of sense.

The Saints went on the beat the Bears in overtime, 26-23.