‘I get more discrimination from doing events like this’: Chelsea Women’s star Karen Carney reveals she gets targeted more for doing punditry work as she admits to struggling with abuse

Chelsea Women’s star Karen Carney has revealed that she faces more discrimination as a female pundit than she does as a football player.

The England international admitted to ‘struggling’ with the abuse she receives online for her work off the field as a woman.

The 31-year-old provided analysis and insight for Chelsea’s Europa League clash with Vidi on Thursday night alongside Jake Humphrey and Michael Owen, a gig she has become accustomed to in the past year or so. 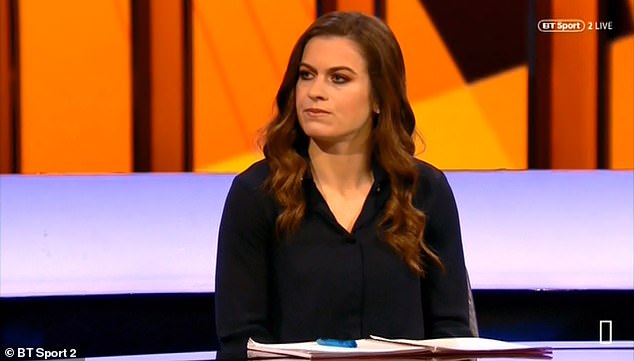 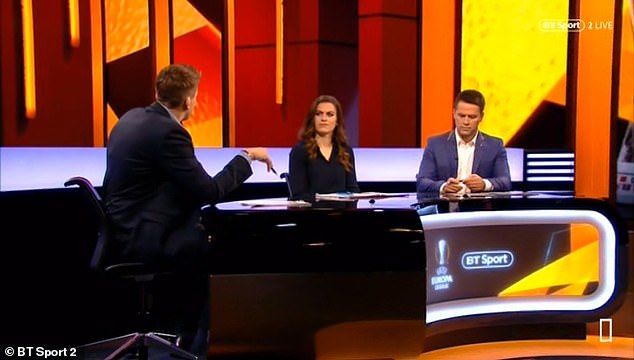 When asked whether she still experiences sexism in football, Carney said that the issue is still prevalent in the game.

Carney said: ‘It’s still pretty tough. From a young age it was difficult and I think its still in the game now. I find it harder when I do stuff like this [punditry] as opposed to actually playing. I get more discrimination from doing events like this tonight.

‘I think playing is a bit more acceptable for us. Our fans, in women’s football, know what they’re going to get and we probably get less abuse. From doing games like tonight we get a bit more stick. 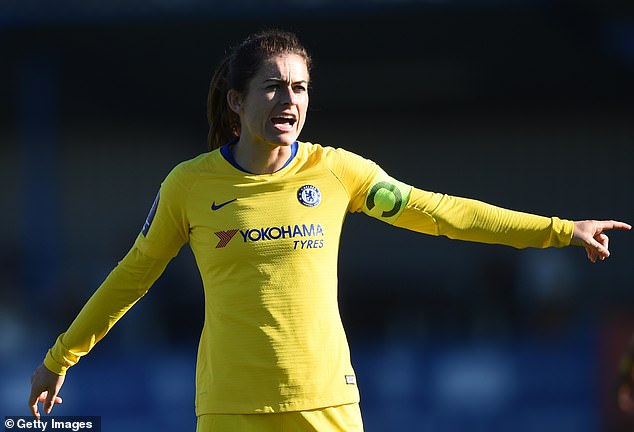 ‘It’s more the social media abuse that the people behind the phones and computers where I have experienced more abuse personally. That is where I struggle with it.

‘We’re just humans. We’re doing our jobs. I do my research the same as everyone else – I watch games relentlessly and try to be the best that I can be. It should be irrelevant whether I’m male or female so as long as I work hard and try my best at it, then more we keep speaking about it, then we can eradicate it from the game.’

It’s not the first time the talented winger has spoken up on the abuse she and her team-mates have received. 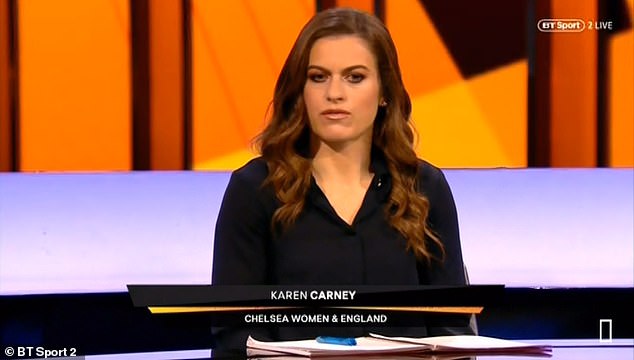 The Chelsea Women’s captain addressed ‘vile’ and ‘abhorrent’ abuse online in October after threats were made against her on Instagram.

The post in question wished ‘cancer, leukaemia and rape’ on Carney before it was taken to the police.

Another of Carney’s England team-mates also received abuse online of the same nature.