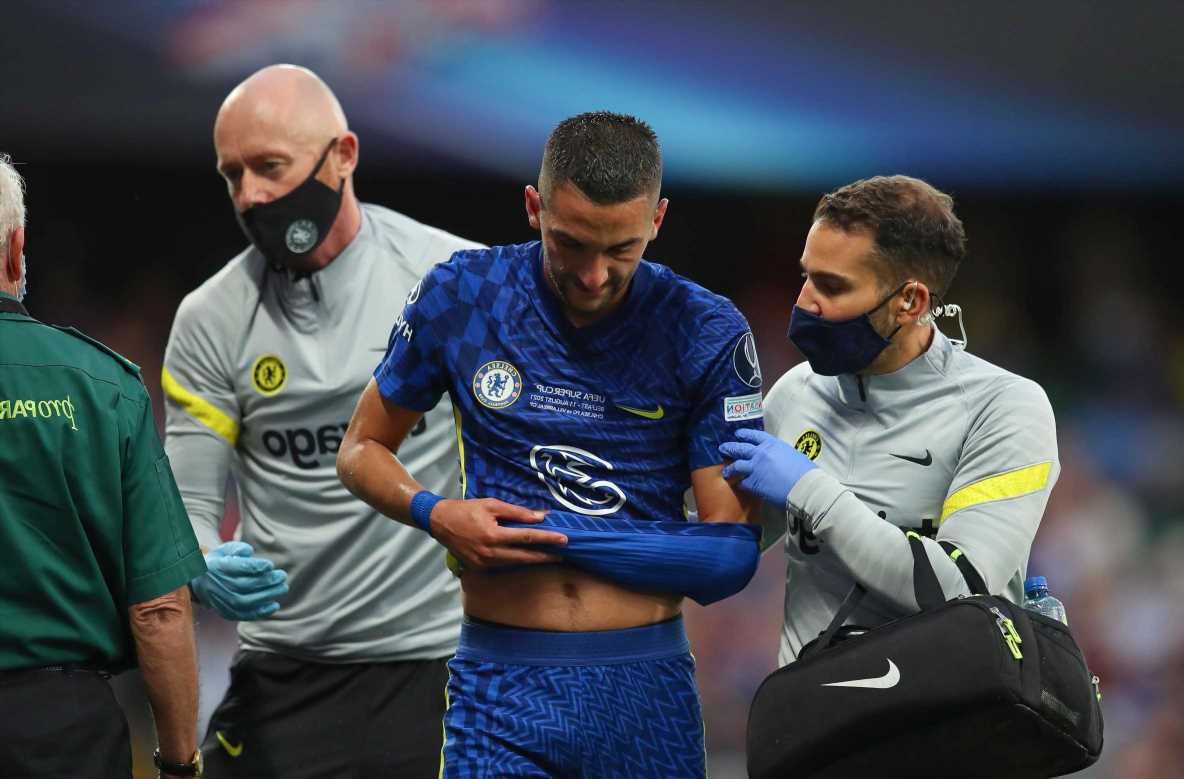 CHELSEA have suffered a major injury scare on the eve of the new season after Hakim Ziyech hobbled off against Villarreal.

The forward went down moments before the break of the Uefa Super Cup in Belfast after an innocuous coming together with Juan Foyth. 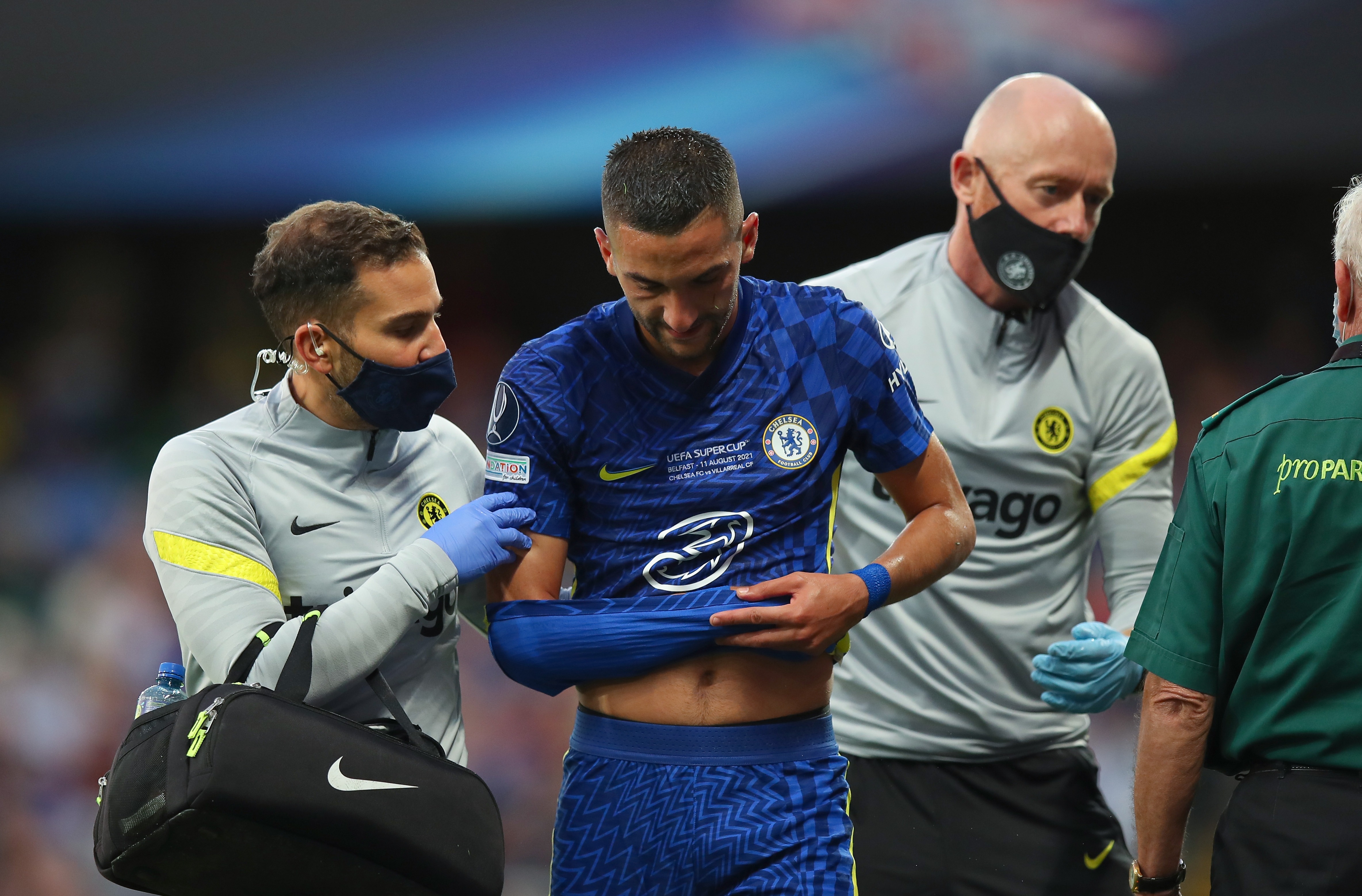 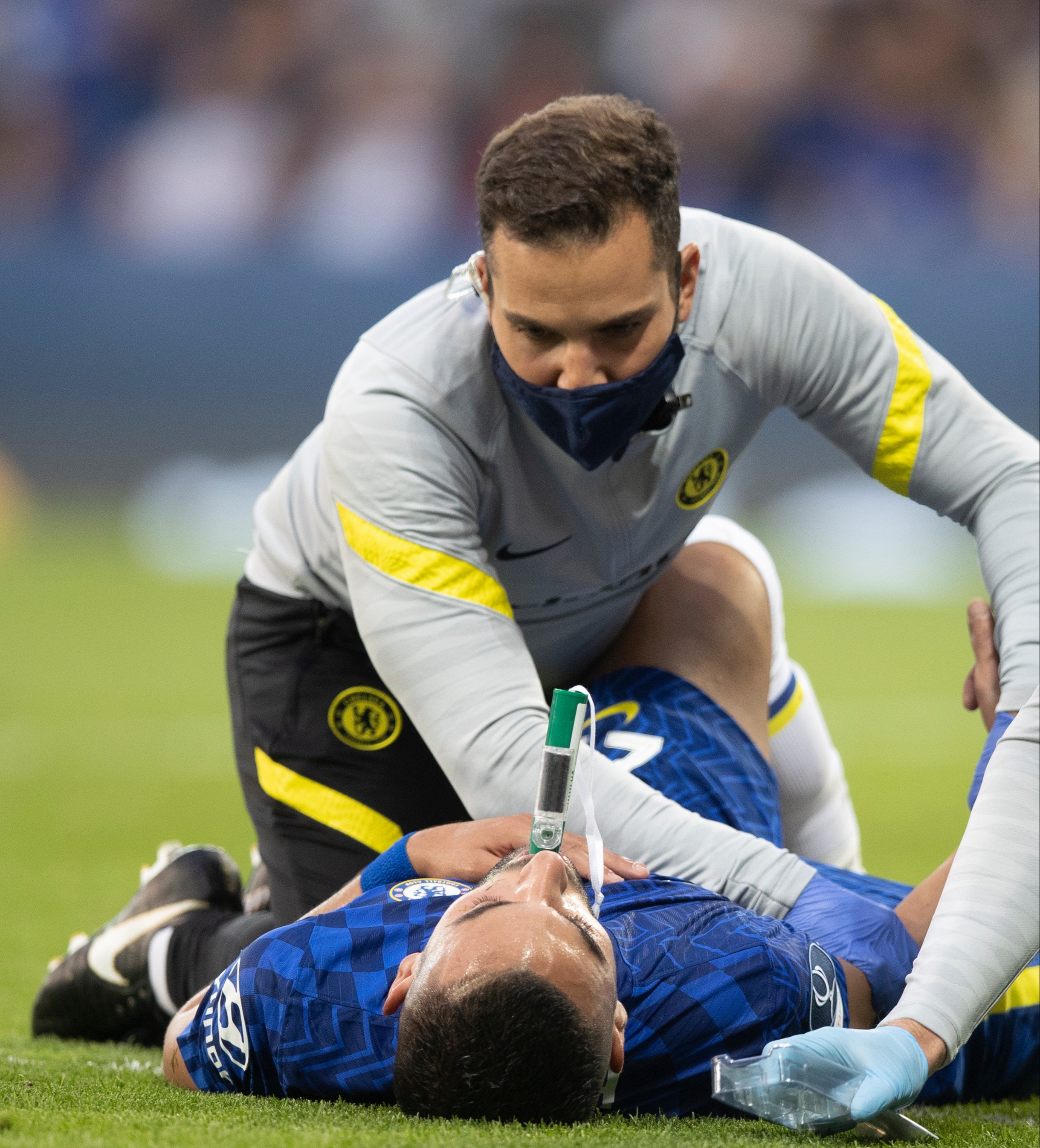 The former Tottenham defender looked on bemused before concern took over as the pain soon became etched over his opponent’s face.

Ziyech was holding his right shoulder as medics raced onto the field as a lengthy absence ensued.

He appeared to be given some sort of inhaler to help with the pain as the Chelsea medical team took cautious care of him before he eventually left the field.

The Moroccan even had to use his Blues jersey as a sling as he hobbled from the field.

Some early speculation claimed it was a dislocated shoulder but that has yet to be confirmed.

American Christian Pulisic star came on to replace him for the final seconds of the opening period. 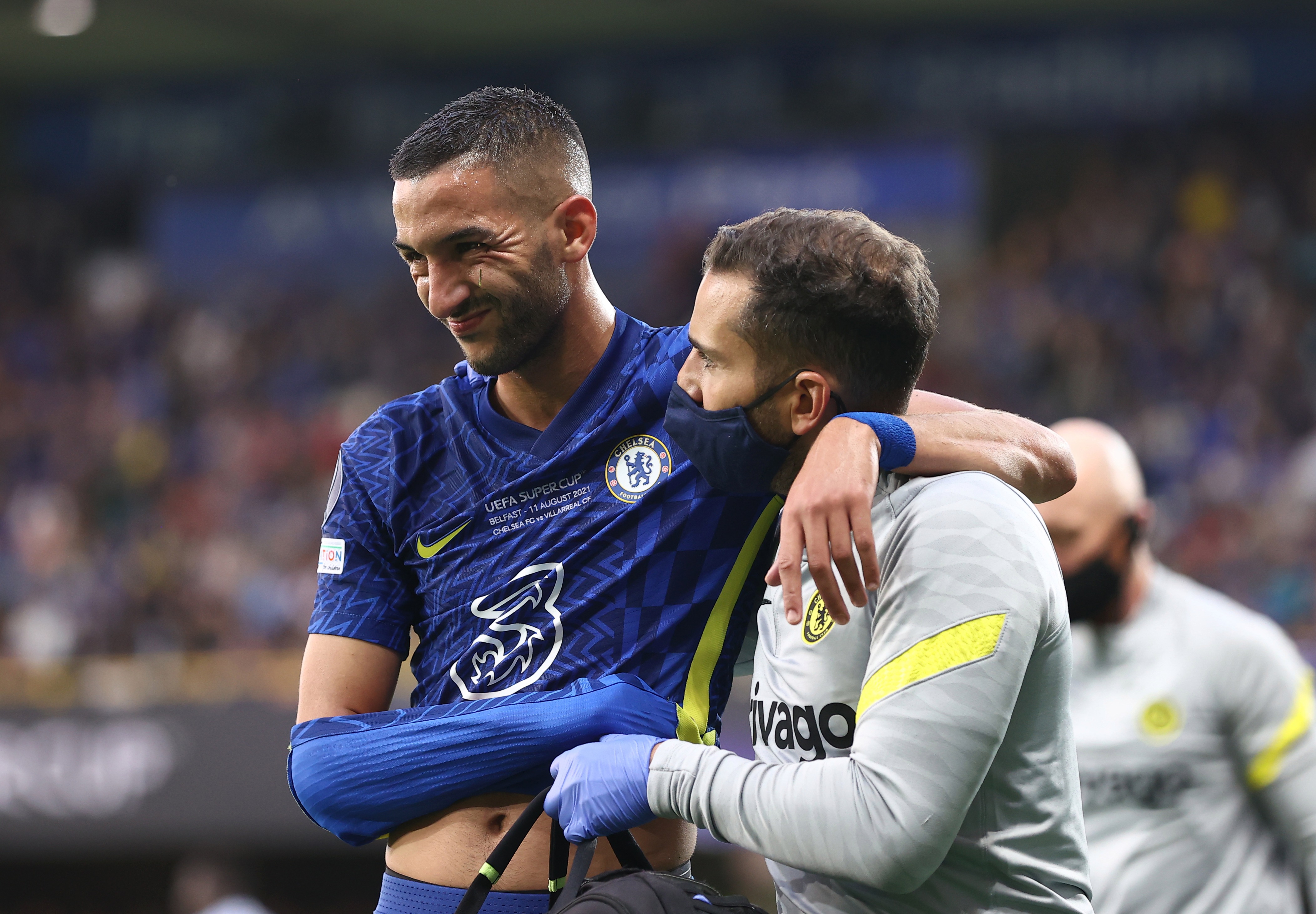 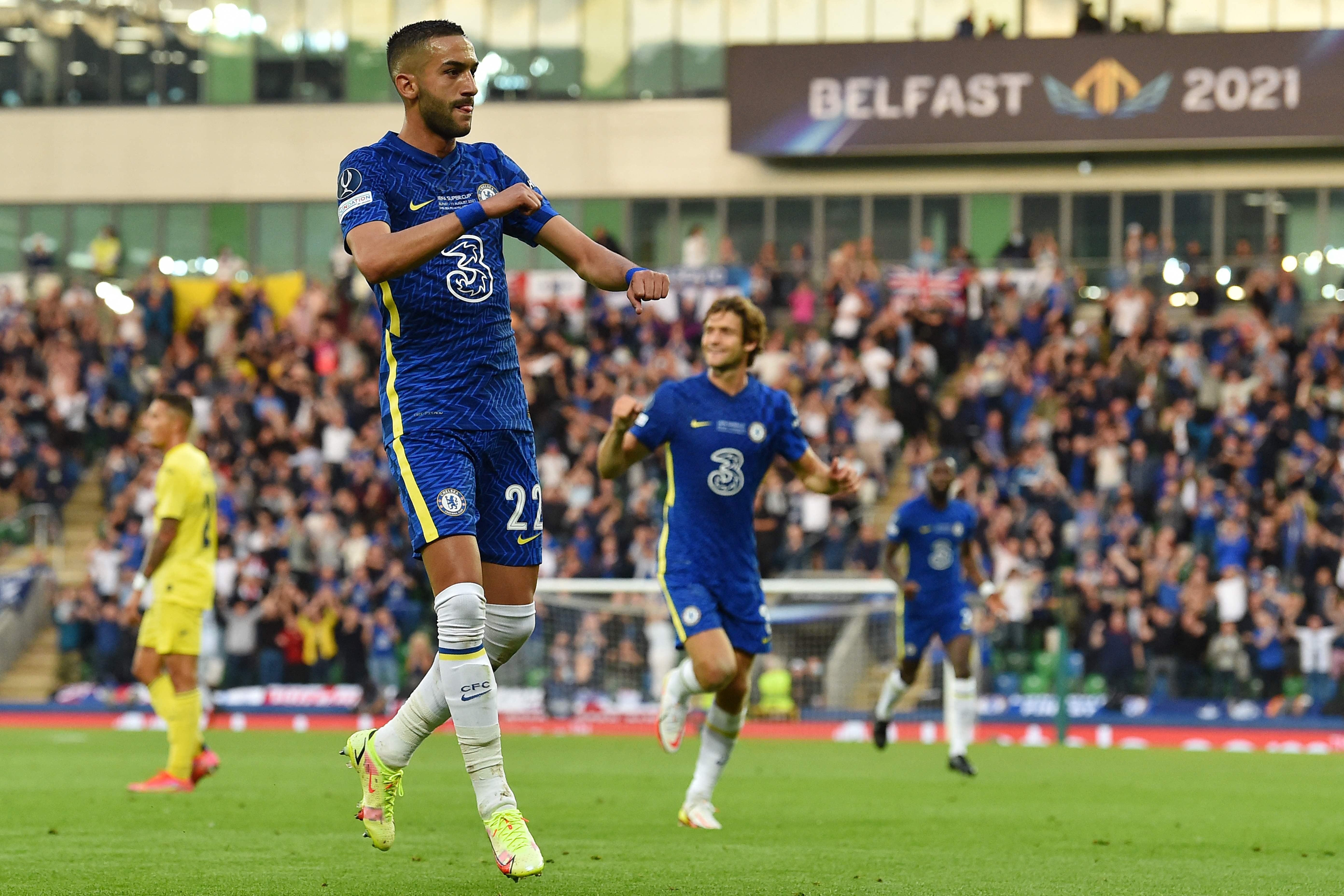 It proved to be a bittersweet evening for Ziyech after he had broken the deadlock on 27 minutes.

Chelsea had been knocking on the door and they finally broke it down following a well-worked move.

Marcos Alonso found Kai Havertz in space down the left and the German picked out Ziyech 12 yards out to sweep it home first-time.

Now he will be sweating even more ahead of the big Premier League kick-off this weekend as the Blues continue to close in on the signing of striker Romelu Lukaku.

Chelsea face Crystal Palace at Stamford Bridge on Saturday but now Thomas Tuchel looks like he will be without Ziyech for the London Derby.