Brainless! Chelsea slam own fans over ‘abhorrent’ anti-semitic chants of ‘Yids’ during Europa League tie with Vidi and urge them to ‘summon brainpower’

Chelsea on Thursday night condemned their own supporters and urged fans to ‘summon brainpower’ after anti-semitic chants overshadowed the club’s 2-2 Europa League draw against Vidi in Budapest.

There were only three minutes on the clock when the first rendition of a song that refers to Tottenham disparagingly as ‘Yids’ began.

This was audible from the press box in a different stand but Chelsea supporters present in the away end also took to social media to complain about those sitting beside them. 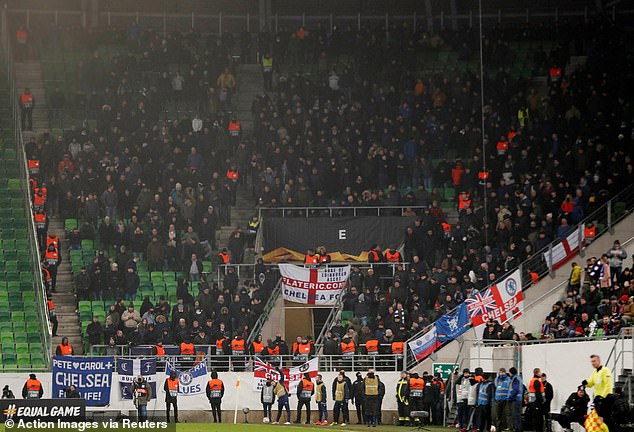 The words of the song are: ‘Barcelona, Real Madrid, Tottenham are a bunch of Yids … Yiddos’.

In addition, a freelance journalist and Chelsea supporter who has this week criticised the racism culture among a section of the club’s following was subject to mocking chants from the away end as he sat in the Groupama Arena press box.

Chelsea’s hierarchy were described on Thursday night as furious by the latest episode. The club will strive to identify supporters but will be handicapped by a lack of adequate CCTV footage in the Hungarian stadium.

It follows Saturday’s incident when Raheem Sterling was viciously abused by Chelsea supporters during Manchester City’s defeat at Stamford Bridge and four Chelsea fans were suspended by the club. 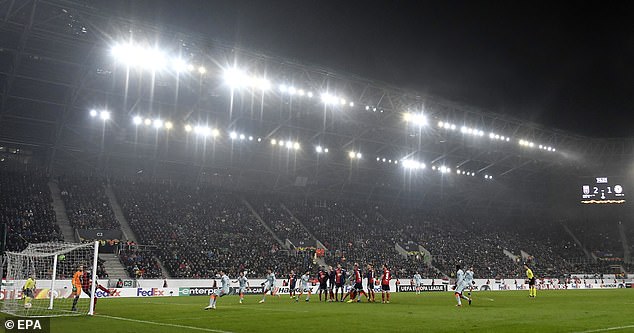 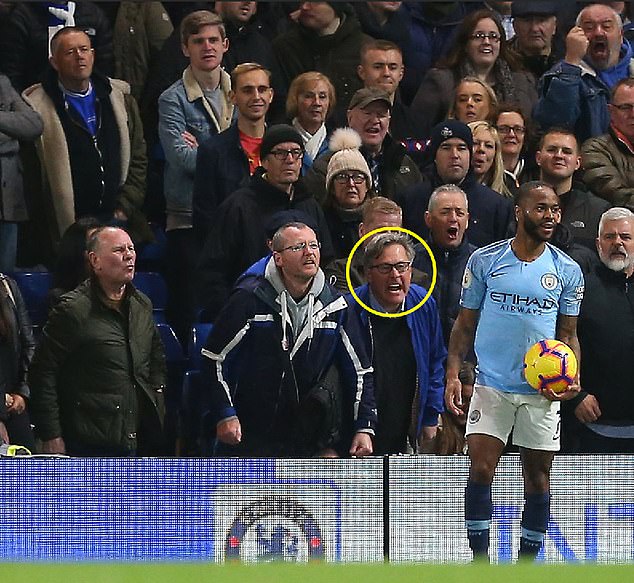 A Chelsea club statement read: ‘Anti-semitism and any other kind of race-related or religious hatred is abhorrent to this club and the overwhelming majority of our fans. It has no place at Chelsea or in any of our communities.

‘We have stated this loud and clear on many occasions from the owner, the board, coaches and players.

‘Any individuals that can’t summon the brainpower to comprehend this simple message and are found to have shamed the club by used using antisemitic or racist words or actions will face the strongest possible action from the club.’

Kick It Out said: ‘We’ve been made aware of the alleged chants and will liaise with the club.’

UEFA are awaiting the referees’ report before they will consider investigating.