While the Blues had already booked their place in the knockout stages of the Europa League, the second-string side were desperate to make an impact. 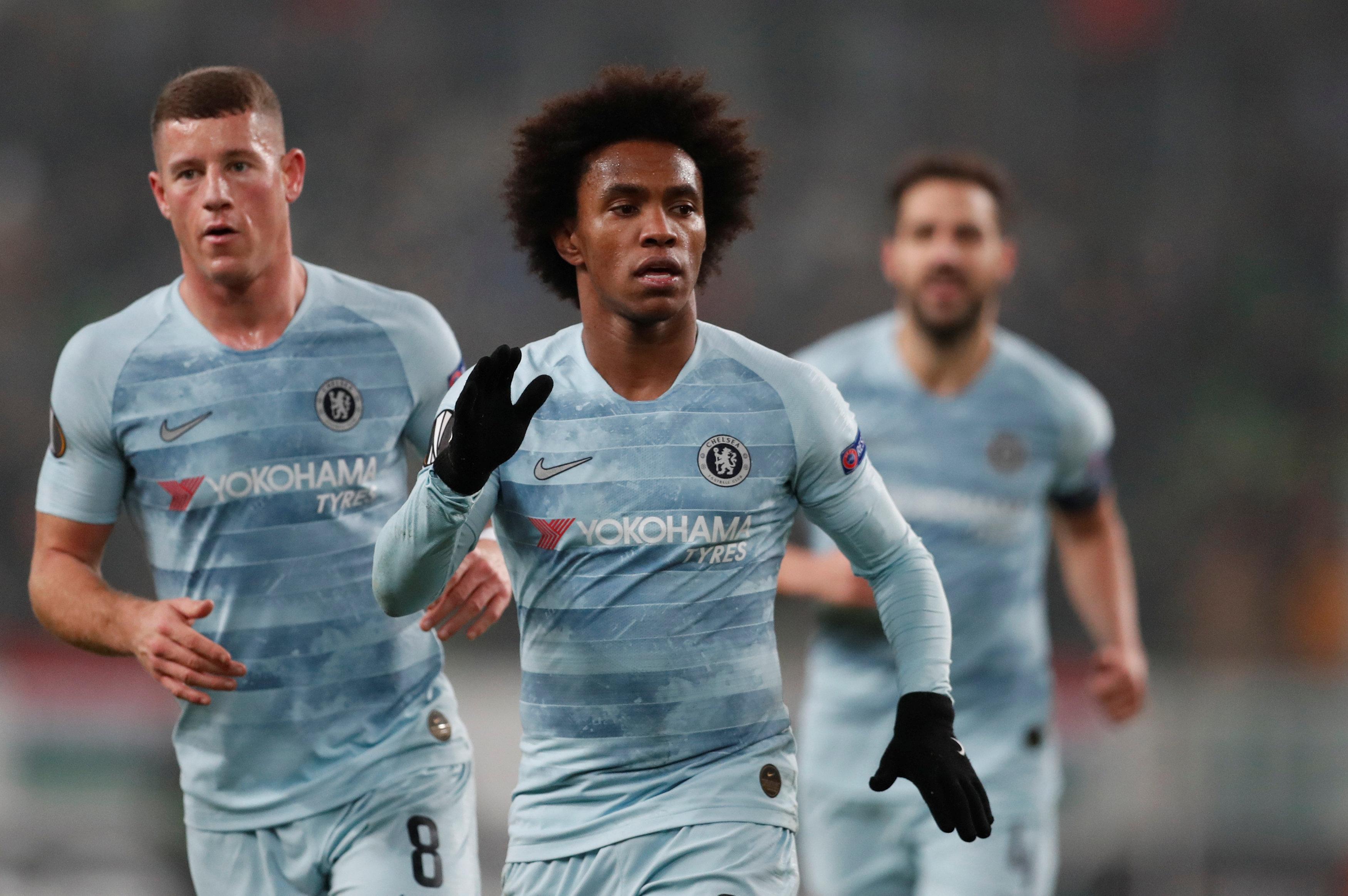 But who fared well and who failed to impress in Chelsea's 2-2 draw with Vidi? Find out below with our full ratings…

Forced into some smart saves but mostly a spectator as Chelsea dominated possession in the first-half.

Not much he could do about the goals, with Ethan Ampadu heading past him from close range and Loic Nego volleying an unstoppable shot in the second-half.

Should have closed down his man for Vidi's second goal.

Always looks fairly dangerous in attack with his sweet right foot, but in defence he appears to lack a certain grit.

Looked a shadow of himself in his prime last season having lost his place to David Luiz.

Arguably at fault for one of Vidi's goals, but all of Chelsea's defenders were left wanting on the evening.

Unfortunate to nod the ball past Caballero in his own goal from a dangerous set-piece.

Has played more for Wales – and in midfield, at that – this season than Chelsea and at times it showed.

Poor free-kick in the second-half aside, you'd be forgiven for not realising he was playing.

Desperate to oust Marcos Alonso at left-back, this performance won't have done him too many favours despite some fleeting moments of promise.

Quiet evening for much of the game and could even be described as looking disinterested at times.

But whenever he got the ball he looked threatening – and has that ability to create something out of nothing at any moment.

As always was the beating heart of Chelsea's reserve brigade.

Solid. Unspectacular. But the Spaniard kept the ball pinging about as the Blues hunted for three points and ate up 80 per cent of possession.

Tried hard but failed to bring his A-game against Vidi.

Always keen to surge forwards with the ball at his feet, but the Hungarians were more than happy to sit back and wait for the mistake.

Stunning free-kick set Chelsea on their way to a 100 per cent group record – and generally looked lively.

One of the few senior members of the starting XI, Willian led the way in attack for the Blues.

Looked lively on both flanks in Hungary, and a constant thorn in the side of the Vidi defence.

Still unlikely to find many first-team opportunities in the Premier League, but performances like this will do him no harm.

Another night to forget for the Spaniard.

Looked anonymous for most of the first-half before going off with what looked to be a knee injury just before the break.

OLIVIER GIROUD – for Alvaro Morata (45 minutes). Scored an incredible free-kick. His fourth goal of the Europa League this season.

PEDRO – for Willian (55 minutes). Failed to replicate the spark Willian brought to the table.