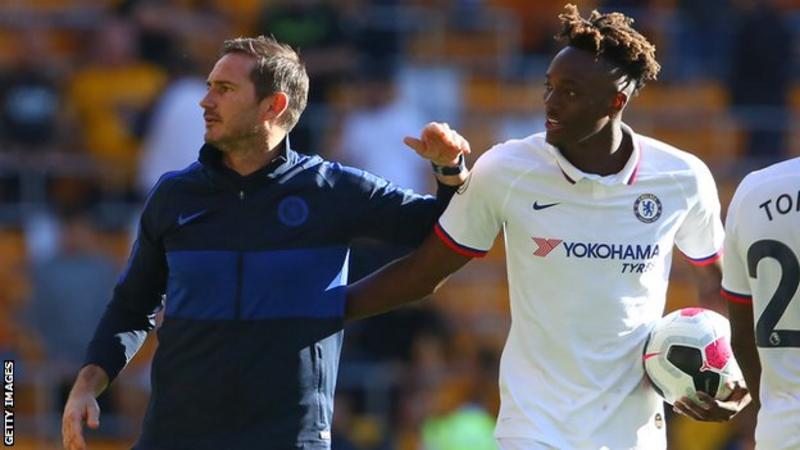 Chelsea manager Frank Lampard says he did not speak up enough about racism when he was an England player.

The 41-year-old ex-midfielder, capped 106 times by England, praised how the national team responded to racist abuse during their Euro 2020 qualifier against Bulgaria in Sofia on Monday.

He said the authorities should tackle the issue, and not leave it to players.

“I travelled with England in Europe and felt what we all felt and maybe didn’t speak about it enough,” Lampard said.

“The big progression from Monday night, and we need to try and take positives out of it, is where I think the governing bodies and organisations now have to make a big step.

“I don’t think we should rely upon individual players to make a step. I think it should be people in charge.”

Chelsea had two black players in the England side for Monday’s victory – Tammy Abraham and Fikayo Tomori – but neither played in a game that was stopped twice as Uefa officials tried to prevent the abuse continuing.

“The collective nature in how England dealt with it from managers through to staff and players was something good to see and it’s not the end of the story,” said Lampard.

“It shows we are moving in the right direction and it must carry on.”

Earlier in the season, Abraham suffered racist abuse on social media after he missed a penalty in the European Super Cup defeat by Liverpool.

On that occasion Lampard said social media firms needed to do more to tackle the issue.

Since the game on Monday, Lampard said he had offered Chelsea players his “support”.

Blues midfielder Ross Barkley scored twice against Bulgaria and was replaced in the second half by club-mate Mason Mount.

Lampard added: “I’ve spoken with them and asked how the game was. They answered and there is no big story to tell.

“They’re big strong players and Tammy has suffered with this before in a different degree, but I’ll be there to support them.”