The man, known only as Dean, admitted to calling the Manchester City player an "embarrassment to England", but insisted he had not said anything racist. 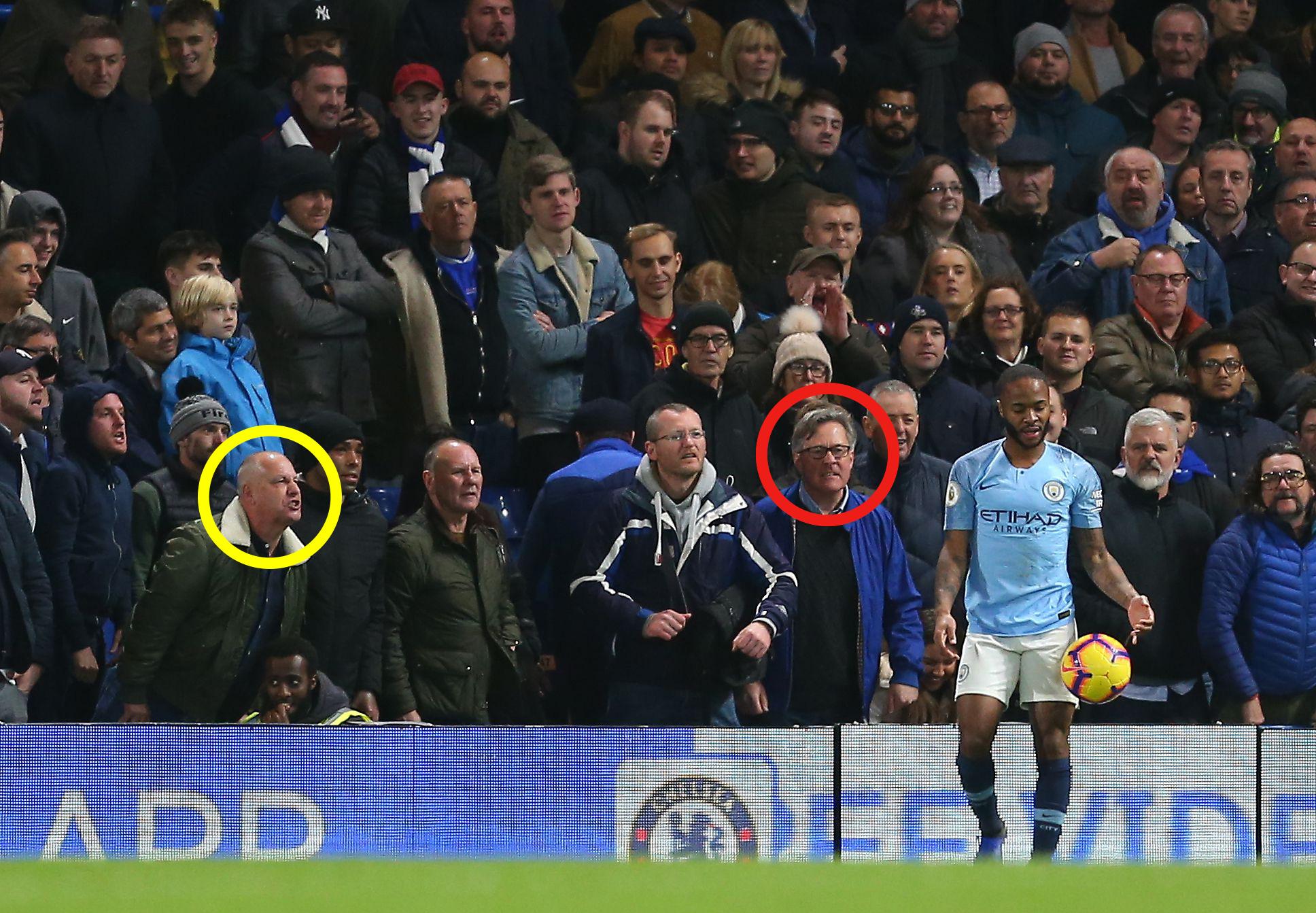 There was a public outcry after footage appeared to show a Chelsea fan allegedly call Sterling a "f***ing black c***" during Chelsea's home game against Manchester City on Saturday evening.

The football club confirmed four people had been suspended over the incident, with the Metropolitan Police now investigating.

None of the four have been identified.

There is no suggestion Dean, who claimed to be the male pictured wearing a green jacket, said anything racist. 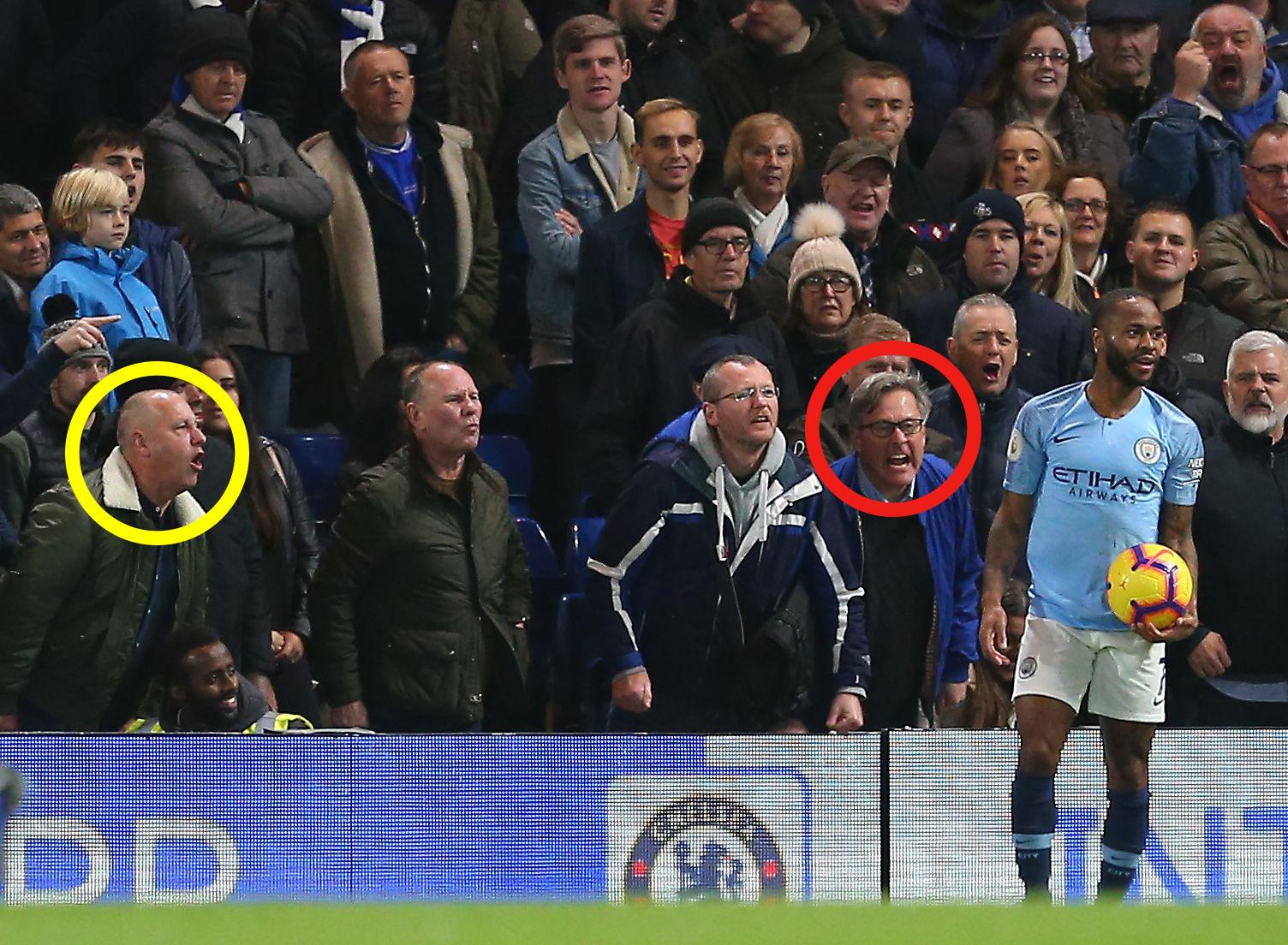 Speaking to talkSPORT, the Chelsea supporter said: "I didn’t say anything racist, but I do admit swearing at him and calling him a waste of space and an embarrassment to England.

"The whole stand then started chanting 'Raheem Sterling, you run like a girl'.

"I don’t defend it. It was a passionate game, we needed to win, but that really is no defence."

When asked what he would say to Sterling, Dean replied: "I apologise for anything I said that was offensive. On behalf the other fans it just abhors me and I’m really sorry. 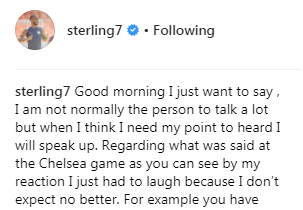 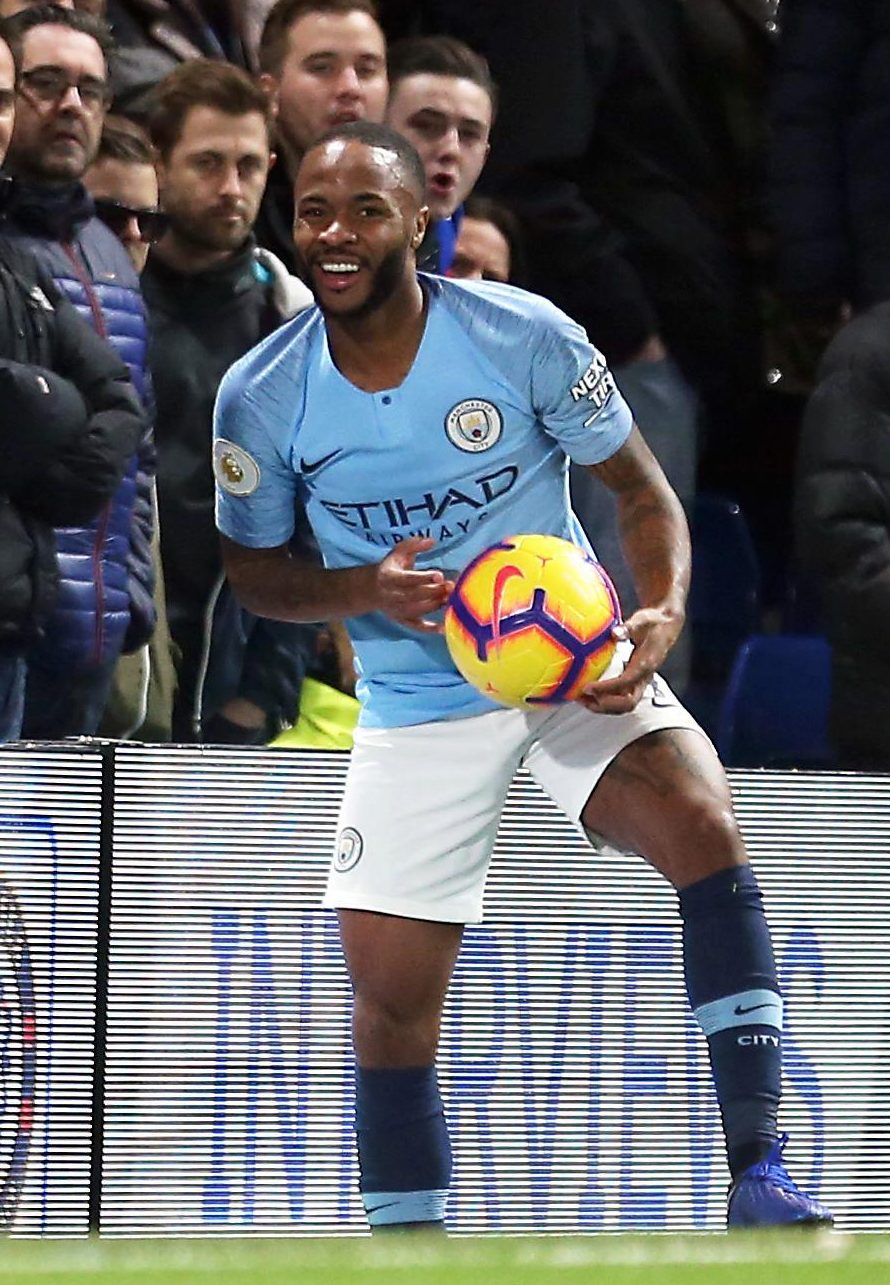 The club today confirmed: "Chelsea Football Club has suspended four people from attending Chelsea matches pending further investigations into allegations regarding the behaviour of supporters towards Raheem Sterling during our match against Manchester City on Saturday.

"Our investigations into this matter are ongoing. We are fully supporting the police investigation and any information we gather will be passed on to them.

"Chelsea Football Club finds all forms of discriminatory behaviour abhorrent and if there is evidence of ticket holders taking part in any racist behaviour, the club will issue severe sanctions, including bans.

"We will also fully support any criminal prosecutions." 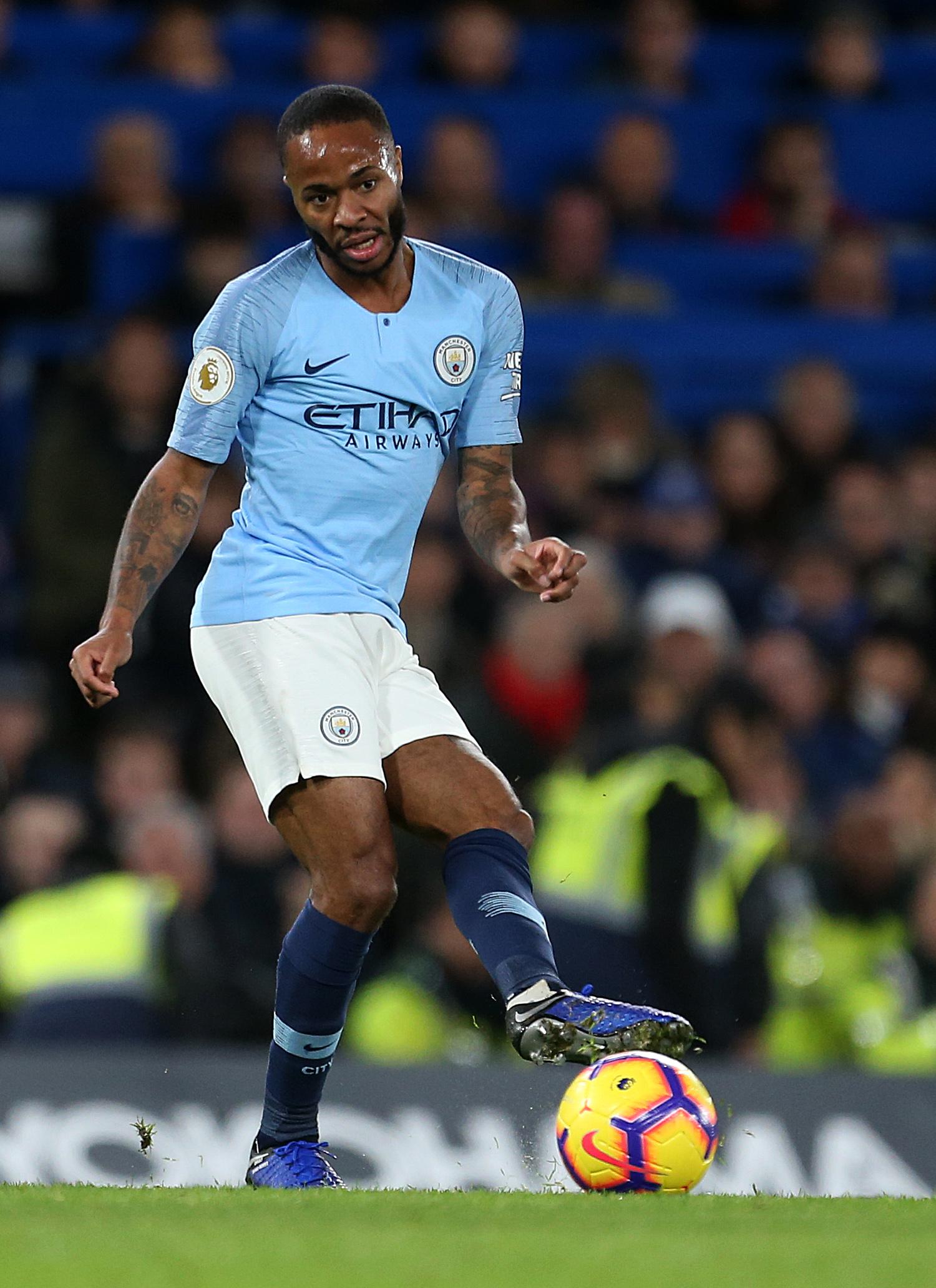 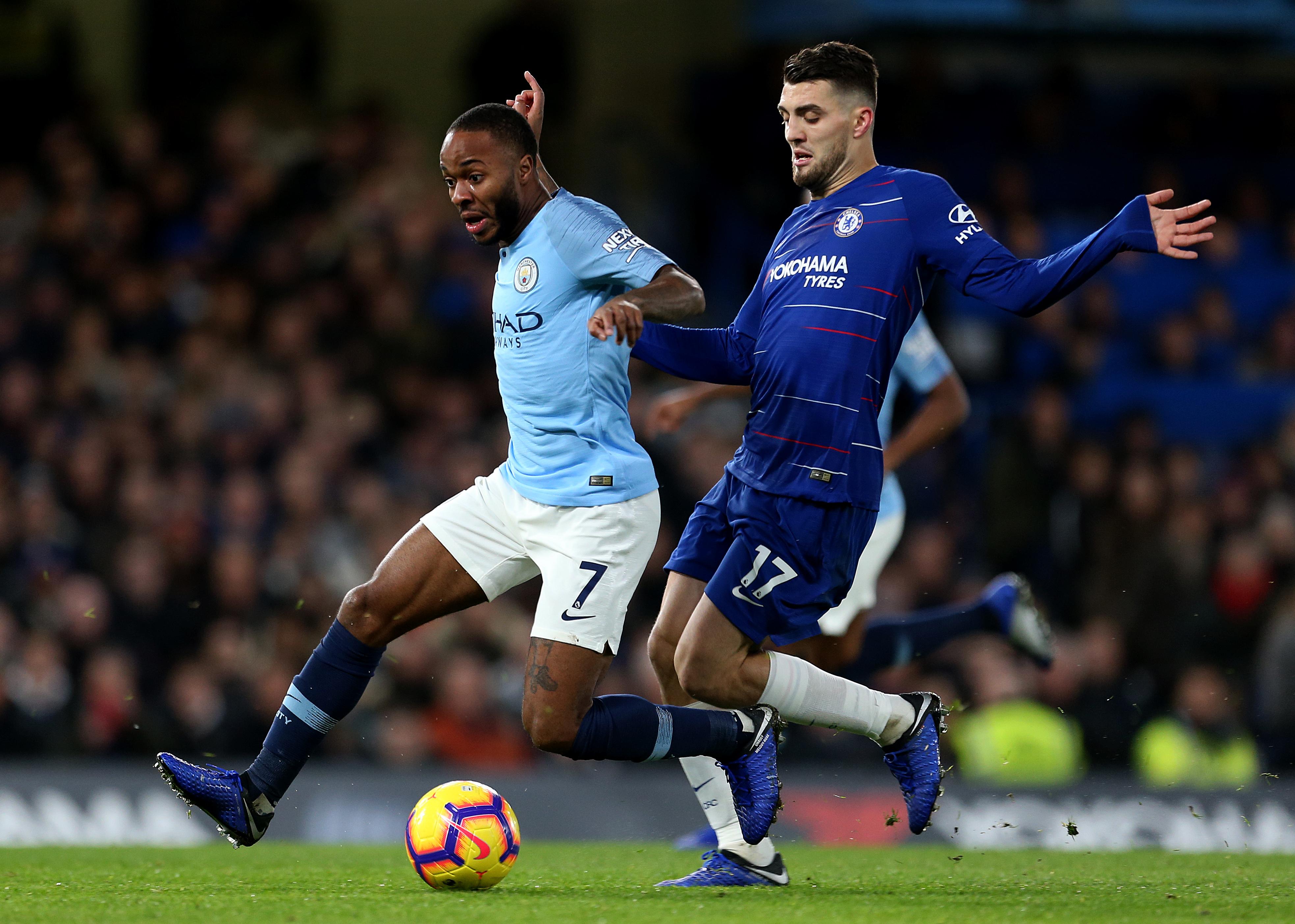 The England star had gone to collect the ball from the side of the pitch during the first half when he was allegedly abused.

As part of the investigation, authorities are collecting available footage, including audio that may have been picked up on the pitch.

Sterling himself spoke out after the incident, saying: "Regarding what was said at the Chelsea game as you can see by my reaction I just had to laugh because I don't expect no better."

Sterling, 24, also said that he believed black players and white players were not treated equally by the media and that he believes newspapers have helped “fuel racism and aggressive behaviour”.

He has since spoken to cops about the alleged racist slurs.

A Met Police spokesperson said: "We are aware of a video circulating online in which it is claimed racial abuse was allegedly directed at a player at a Chelsea v Manchester game at Stamford Bridge on Saturday 8 December.

"We continue to review the footage and CCTV to determine whether any offences have been committed.

"There have been no arrests and our enquiries continue."

A Professional Footballers' Association statement read: "The PFA condemn, in the strongest terms, the increase in racial abuse our members have been receiving from the terraces.

"We encourage all clubs to take the strongest possible action for fans found guilty of racially abusing players.

"Over the past 2 weeks, we have seen 2 alleged high-profile racist incidents happen from the stands at PL games. We stress to all clubs the importance of dealing with these incidents robustly. It is not acceptable for our members to find themselves subject to racist abuse."