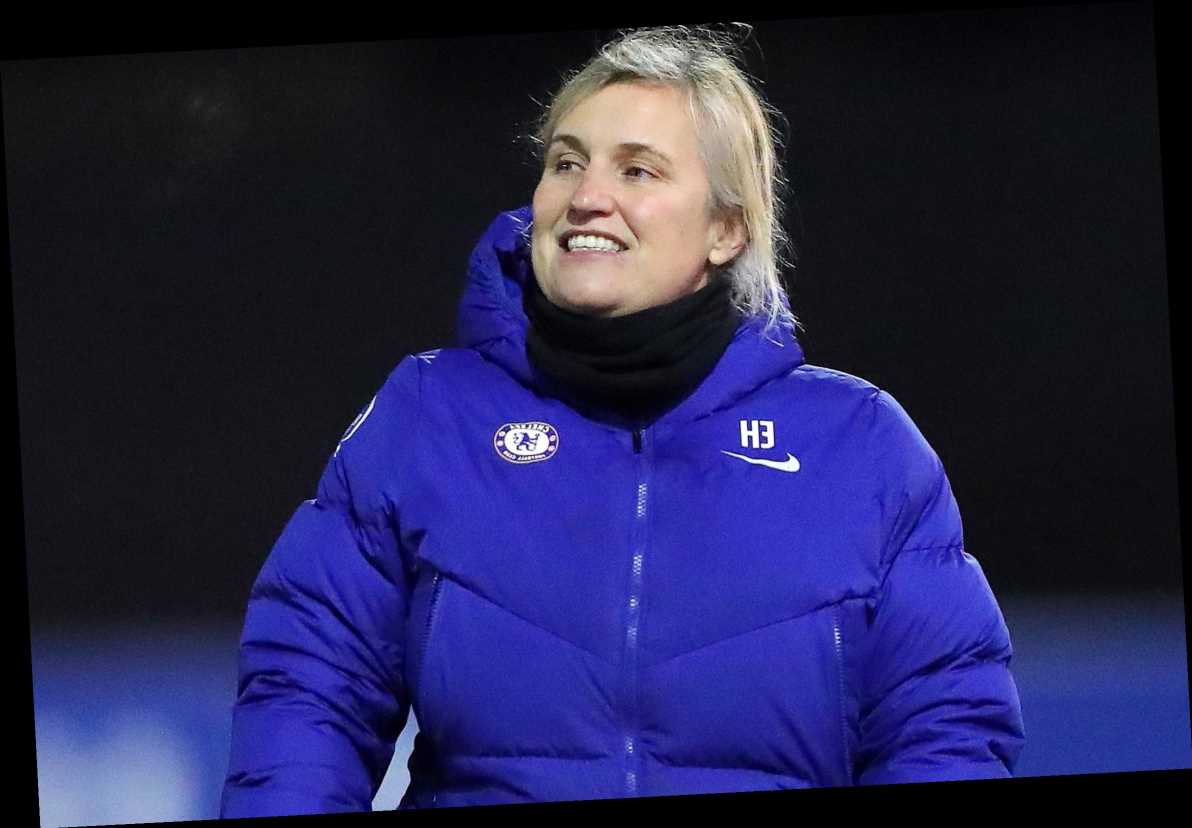 EMMA HAYES hailed the megabucks deal to air WSL matches on Sky Sports and the BBC as a “big, big day for women’s football”.

And the Chelsea manager who is a vocal champion of investment in the game hopes it will boost the quality of refereeing and football facilities. 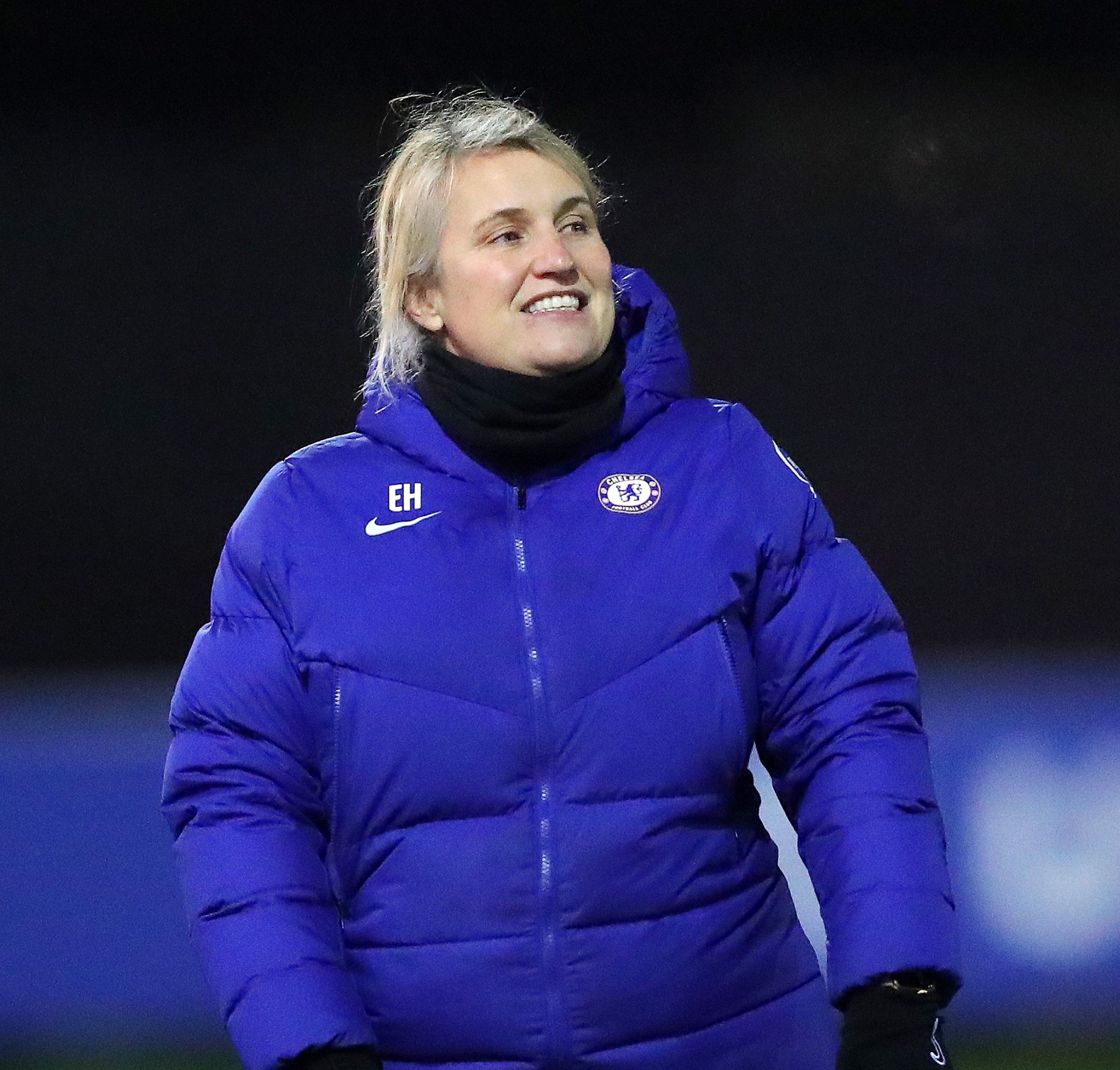 Hayes, 44, was speaking to reporters on the day the FA announced the biggest broadcasting deal in women’s football.

The sport's chiefs sealed a TV agreement with Sky Sports and the BBC worth £24million.

Hayes said: “I honestly feel this is what we've been working towards. It's all been about driving standards so that it can become marketable and that's where the game has reached.

“This is a real celebration. It is a really big, big day for women's football.

“I think the fact that all of them are committed to the studio package piece – so that the build-up to games, the analysis of matches and the level of detail

"I think that's going to be attributed to our sport – is itself an important marker. It really is a big, big day for women's football.

“I want my son to be sitting at home and looking watching this every week like it's just normal on the television.

“I think all of you that know me well enough know that I've been behind driving this with the rest of the people that are involved in the women's game from the onset.

“But huge credit to the FA for brokering this and also to clubs across the country for the investment they're making without revenue coming in first.”

Next season the TV deal will see Sky Sports broadcast the WSL with the BBC also pledging to showcase 22 live games with a minimum of 18 on mainstream channels, BBC One and Two. 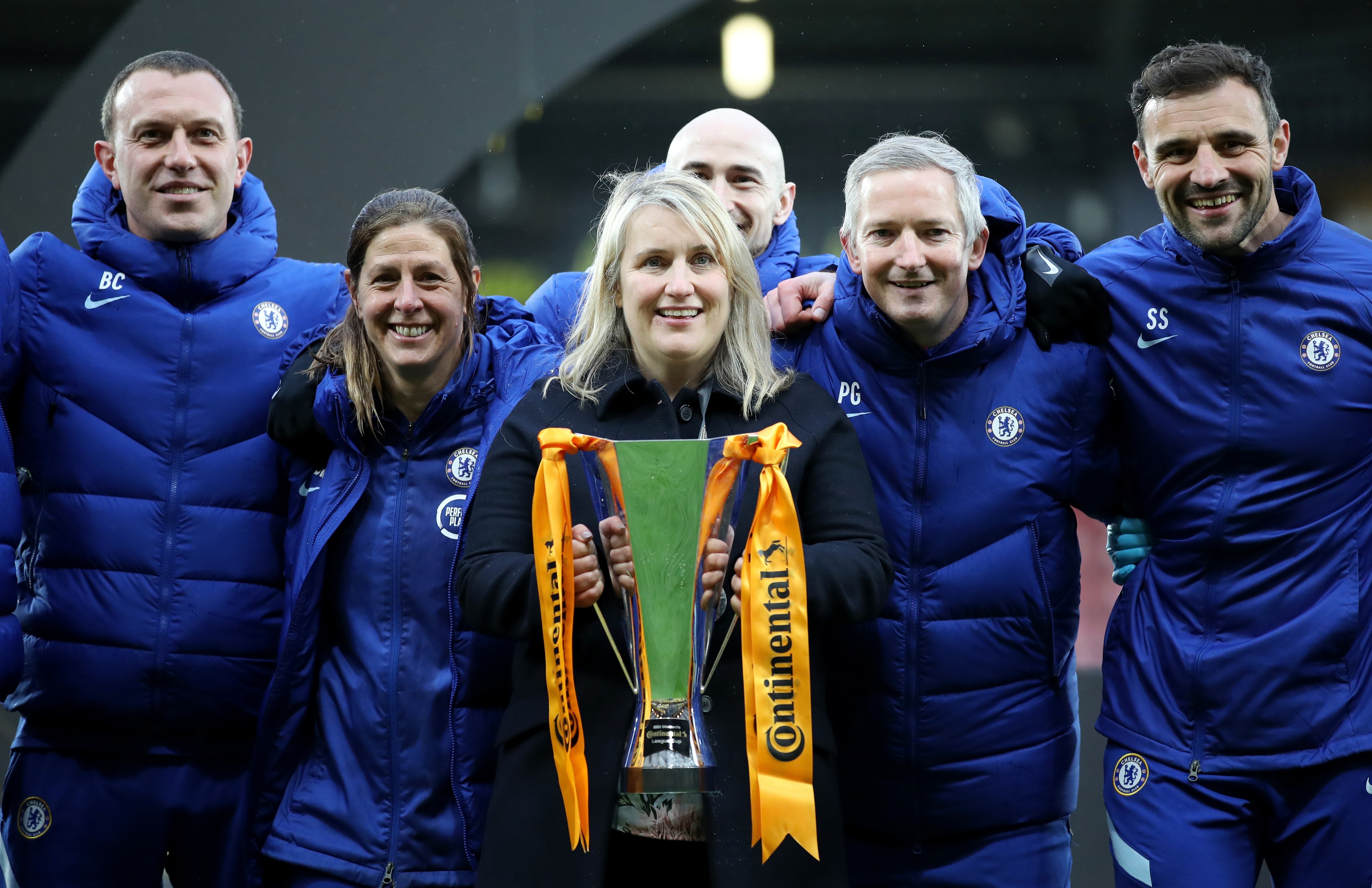 And there are hopes more coverage will lead to better quality pitches for women’s teams in the top two tiers.

A big concern for the WSL in recent months has been fixtures being axed due to weather conditions affecting playing turf.

Birmingham City, who are ninth, have seen their home games moved to St George’s Park due to pitch issues.

Hayes hopes the TV deal will lead to an improvement in the quality of facilities for women’s sides.

The Chelsea chief added: “Our elite players deserve to be exposed to the best quality stadia and that doesn't always mean it needs to be shared with men's teams.

“I look at Kingsmeadow as a great example of having a perfect sized stadium for us that got a top-quality playing pitch and a good facility to use and a good experience for the fan.

“I'm talking about having minimum standards in place so that the playing surface is good.

"We have to invest in that and the quality of the facilities so that we're not facing cancellations, easily.

“I'm not saying you can't have snow days as they will happen, but it should be rare.

“When it comes to stadiums we have to have minimum criteria.

“And I've been a keen advocate of making sure that the FA behind the scenes is implementing a strict minimum standard because, again, how else are you going to raise the standard? 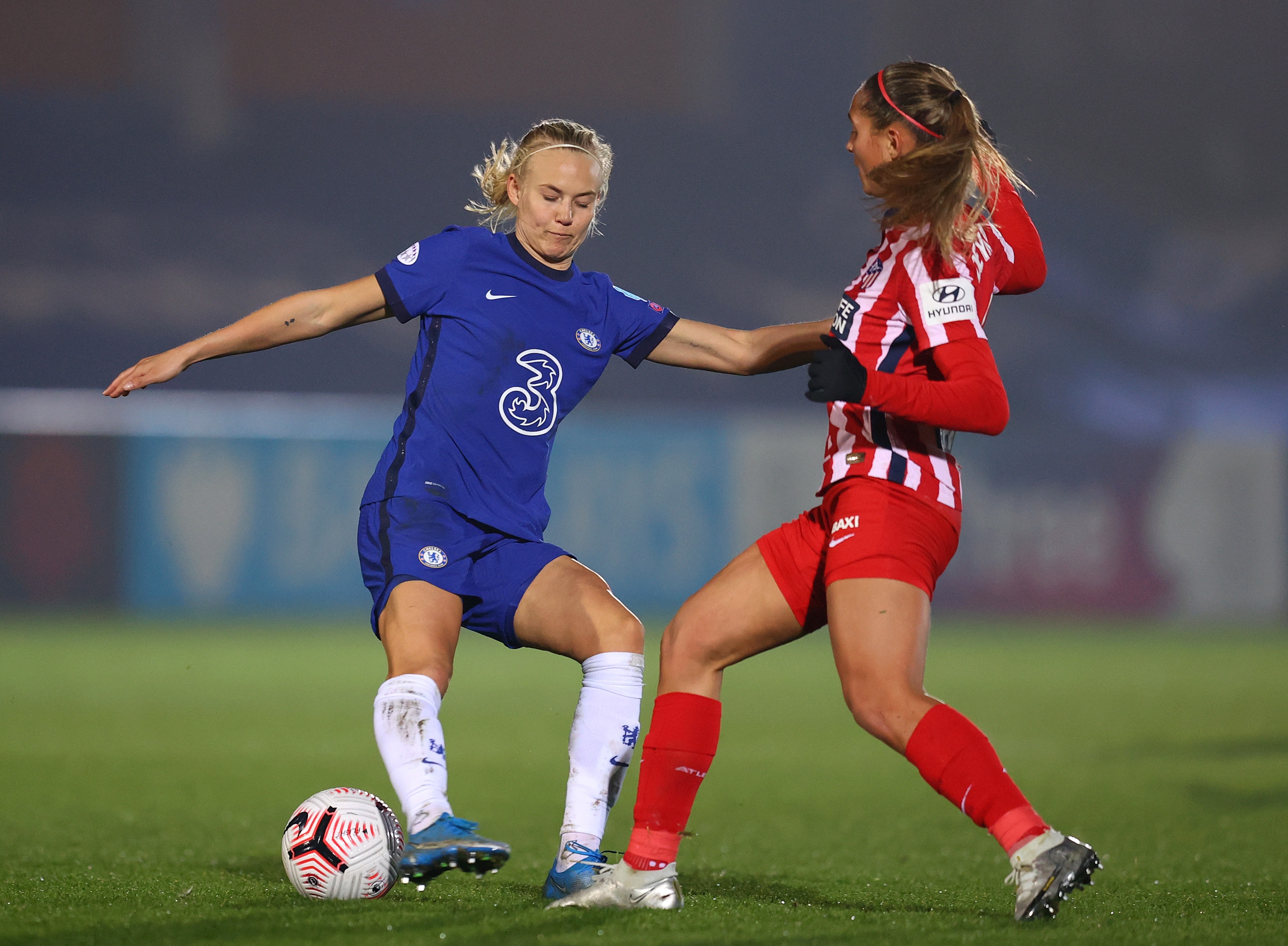 When asked if TV deal revenue could have a knock-on effect on match officiating standards Hayes suggested more investment in training for referees was needed.

Part of the cash from the deal is set to be distributed to clubs in the Championship to aid their development, as well as the standard of refereeing and pitches.

Hayes added: “There has been a massive improvement (in refereeing), regardless of what anybody says.

“I’ll say this publicly in as much as I have been saying it privately, I think it’s important to recognise how challenging it is when you have a full-time league with world-class professionals and amateur or lower-paid referees and officials.

“For it to go up another level there has to be investment so those officials are together as a core group and are learning more about the players and the product and training more so they can keep up with the play at another level.” 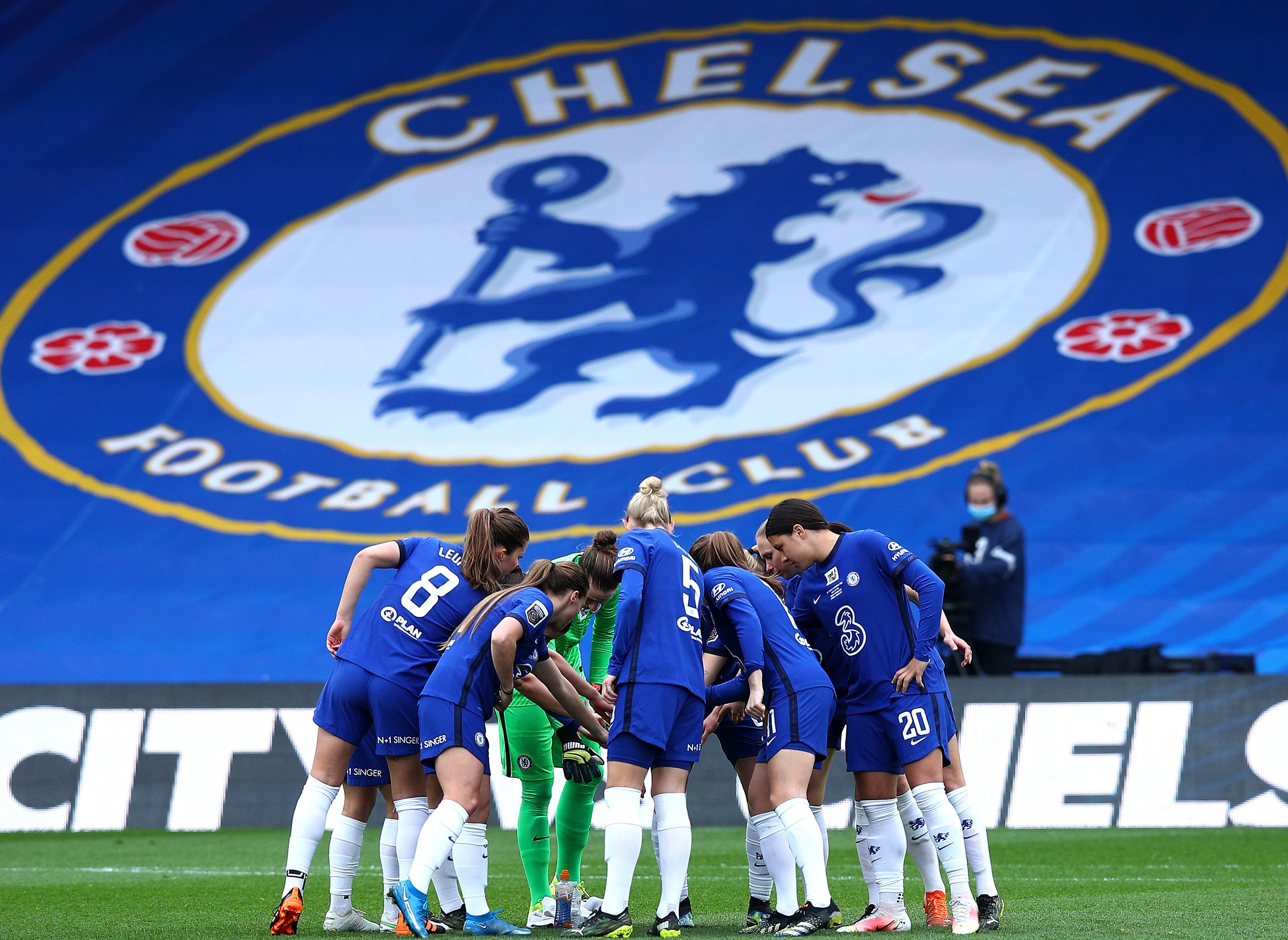 This is the first time that the rights to the WSL have been sold separately from the men’s game, with clubs in the league receiving a chunk of the revenue.

Sky has the right to show up to 44 matches, with a minimum of 35 being screened across Sky Sports Main Event, Sky Sports Premier League and Sky Sports Football.

Some matches will also be shown simultaneously on Sky Sports Mix and Sky One, as part of the deal which runs from next season until the summer of 2024.