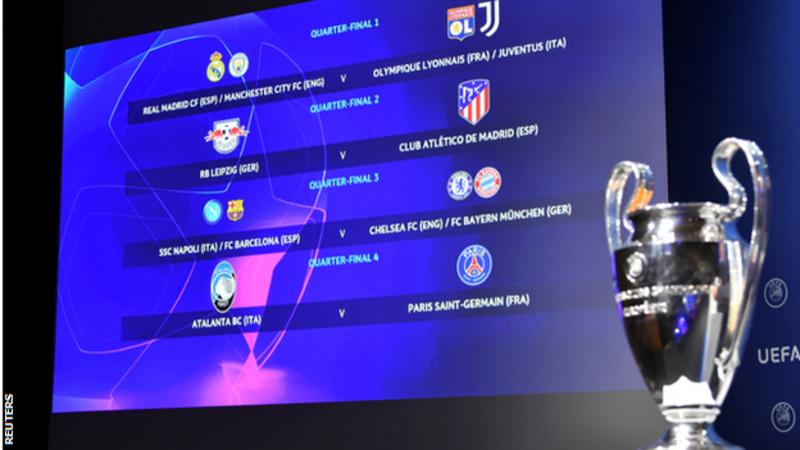 The Premier League season is over in England, with the 2020-21 Premiership just under way in Scotland – but the race for major 2019-20 European club honours is about to restart.

After a five-month delay because of the coronavirus pandemic, the Champions League and Europa League resume this week with lots of British interest.

While Manchester City and Chelsea compete in the Champions League, Manchester United, Wolves and Rangers are still in the Europa League.

With 26 games over two and a half weeks, it is a feast of European football – and Juventus’ five-time Champions League winner Cristiano Ronaldo and Lionel Messi, four times a winner with Barcelona, will both feature.

Where are we up to?

The last Champions League matchday on 11 March proved dramatic, as holders Liverpool were eliminated by Atletico Madrid and Paris St-Germain overcame Borussia Dortmund to move into the quarter-finals.

There are still four last-16 ties to be completed, including Manchester City against record 13-time winners Real Madrid.

Pep Guardiola’s side are 2-1 up going into Friday’s second leg at Etihad Stadium (20:00 BST), as the Premier League runners-up try to win the competition for the first time.

On the same evening, Italian champions Juventus will attempt to overturn a 1-0 deficit against Ligue 1 side Lyon in Turin.

The quarter-final line-up will be completed on Saturday. Chelsea are away to Bayern Munich (20:00), with the Bundesliga winners firm favourites to progress after a commanding 3-0 victory at Stamford Bridge.

The other match between La Liga runners-up Barcelona and Serie A’s Napoli at the Nou Camp is poised at 1-1 after the first leg. 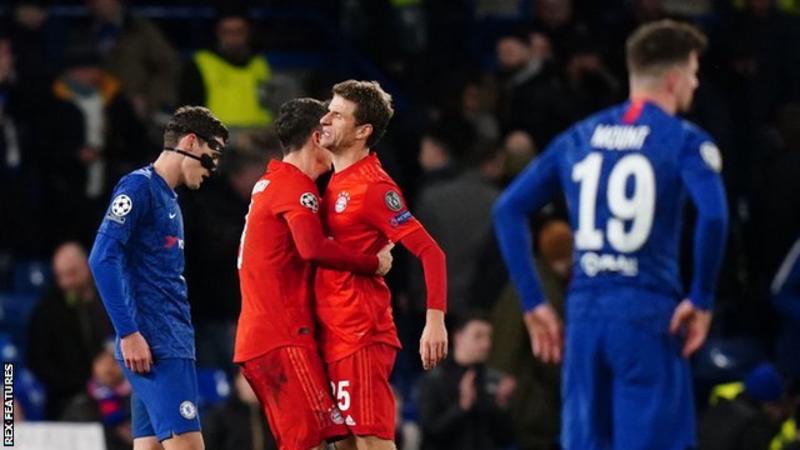 The Europa League restarts on Wednesday – also at the last-16 stage – with Manchester United’s game against LASK at Old Trafford (20:00) one of four fixtures on that night. Ole Gunnar Solskjaer’s side hold a 5-0 advantage from the first leg in Austria.

Rangers and Wolves both return to European action on Thursday. Steven Gerrard’s side travel to Germany looking to overturn a 3-1 first-leg deficit against Bayer Leverkusen (17:55), while Wolves host Greek champions Olympiakos at Molineux (20:00) with the tie 1-1.

All remaining games in both competitions will be played behind closed doors amid the Covid-19 pandemic.

There is a turnaround of just a few days between outstanding last-16 ties and the quarter-finals, with the draw for the last eight and semi-finals of both competitions having already been made.

Should Manchester City get the job done against Spanish champions Real Madrid, they will face Ronaldo and Juventus – if the Serie A giants overcome Lyon.

Chelsea have a mountain to climb against Bayern, but should Frank Lampard’s side progress they will face either Messi’s Barcelona or Napoli. 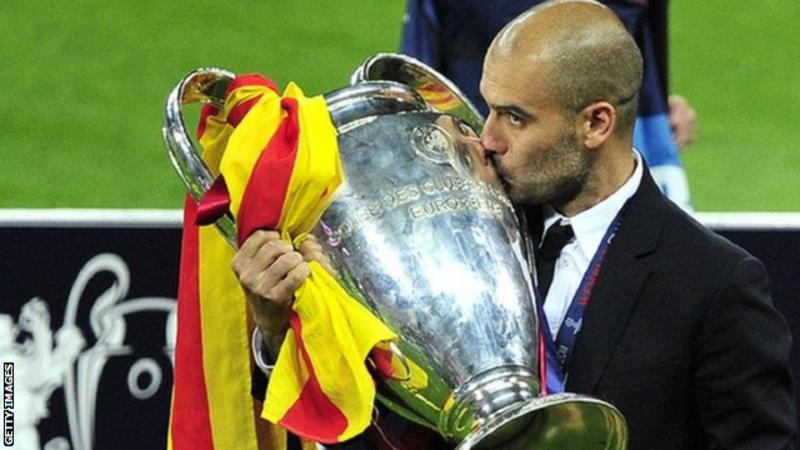 In the Europa League, Manchester United know if they finish the job against LASK they will take on the winners of the Copenhagen-Istanbul Basaksehir tie, with the Turkish side leading 1-0 going into the second leg in Denmark.

Wolves’ reward if they see off Olympiakos is a last-eight game against Sevilla or Roma, while Rangers will face a Spanish (Getafe) or Italian (Inter Milan) side if they beat Bayer Leverkusen of Germany.

Sevilla v Roma and Inter Milan v Getafe are single-leg affairs because the first legs were postponed in March because of the pandemic.

There are big changes to the closing stages of both the Champions League and Europa League compared with previous seasons.

From the quarter-finals onwards, all Champions League ties will be single-leg affairs and played at two venues in Lisbon from 12-23 August.

Benfica’s Estadio da Luz and Sporting Lisbon’s Estadio Jose Alvalade will host two quarter-finals each between 12 and 15 August, with each venue hosting one semi-final on 18-19 August. 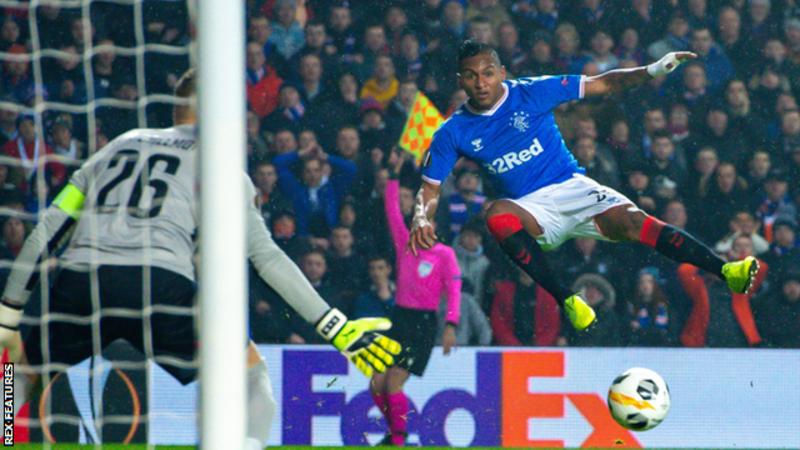 Like the Champions League, all Europa League ties from the quarter-finals will be single-leg games. The closing stages of the competition will be held at venues across Germany, including Dusseldorf, Gelsenkirchen, Duisburg and Cologne.

After last-eight games on 10-11 August, the semi-finals take place on 16-17 August, with the final four nights later.

Manchester United and Wolves are on course to meet in the semi-finals of the Europa League on 16 August in Cologne should they both make it that far.

It would be their eighth meeting in two years in all competitions – Wolves winning two, United one, and four draws. 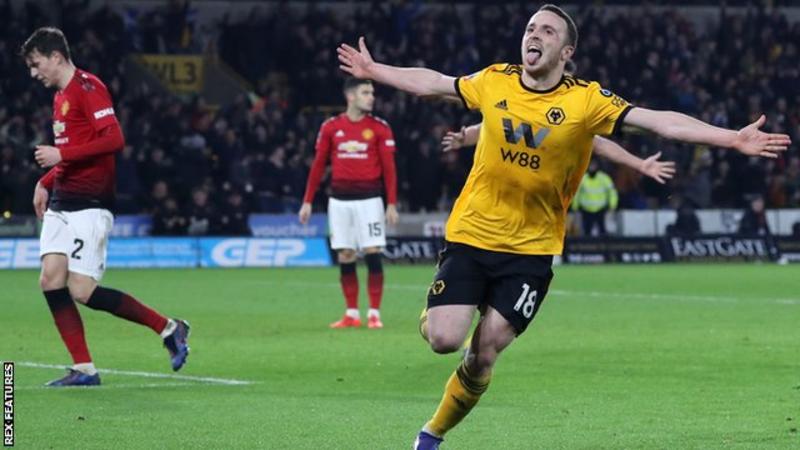 This week also marks the start of the qualifying for the 2020-21 Champions League.

On Saturday – when Chelsea face Bayern Munich and Barcelona host Napoli in the 2019-20 edition – the preliminary round for the following season’s competition begins.

The draw for the first and second qualifying rounds of the 2020-21 Champions League take place on 9 and 10 August respectively.

Scottish champions Celtic and Connah’s Quay Nomads, champions of the Welsh Premier League, are among the teams involved in the first qualifying round draw.

The draw for the preliminary round and first qualifying round of the 2020-21 Europa League also takes place on 9 and 10 August.

Could there be eight English teams competing in Europe in 2020-21?

Tottenham Hotspur have qualified for the Europa League second qualifying round as the sixth-placed team, because second-placed Manchester City won the Carabao Cup, while Arsenal are also in the competition after winning the FA Cup.