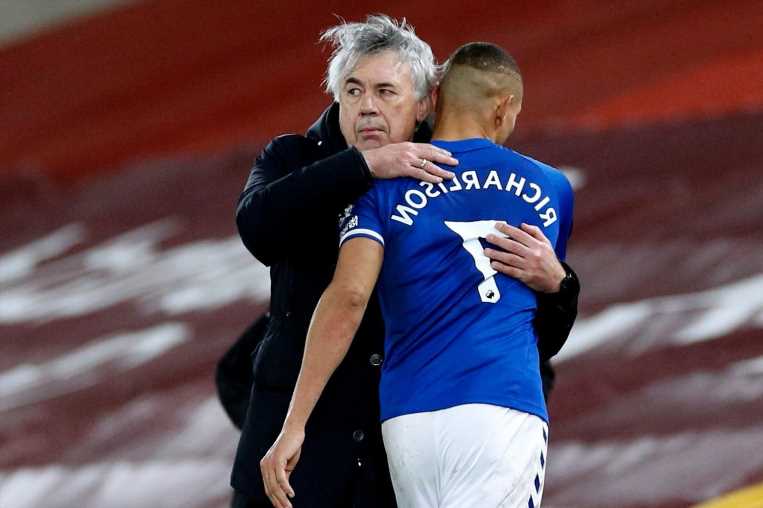 Goal claims the former Toffees boss is keen on raiding his old side for their Brazilian star. 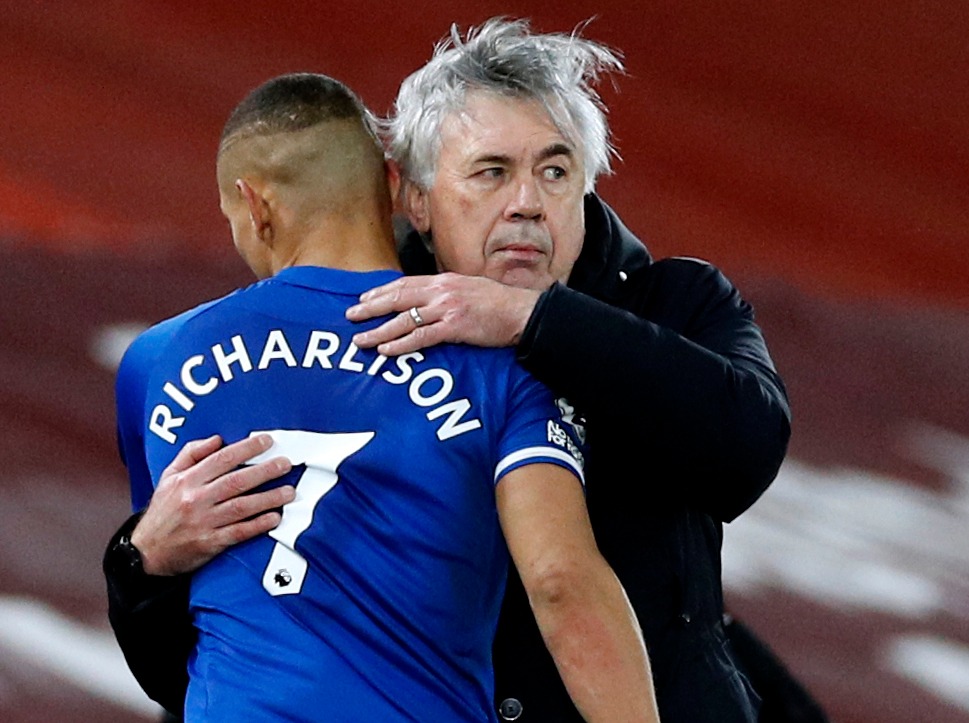 And an offer could soon be made for Richarlison as Ancelotti looks to rebuild Real for the new season.

The Italian tactician stunned Everton when he quit last month for a return to the Bernabeu.

The Toffees have since appointed Rafa Benitez as Ancelotti’s successor at Goodison Park.

But his exit has fuelled doubts over the futures of some first-team stars.

Dominic Calvert-Lewin has been linked with Chelsea and Manchester United.

And James Rodriguez is said to be an AC Milan and Atletico Madrid target.

Brazil star Richarlison is now being tipped for an exit.

And it’s Ancelotti who is ready to unsettle his former team by launching a move.

The pair are thought to have held several telephone conversations about the possibility of a switch to the Spanish capital.

And Ancelotti feels the forward would be a great squad option, given his ability to play anywhere across the front three.

But once he is back in Europe, transfer talks with Real could accelerate.