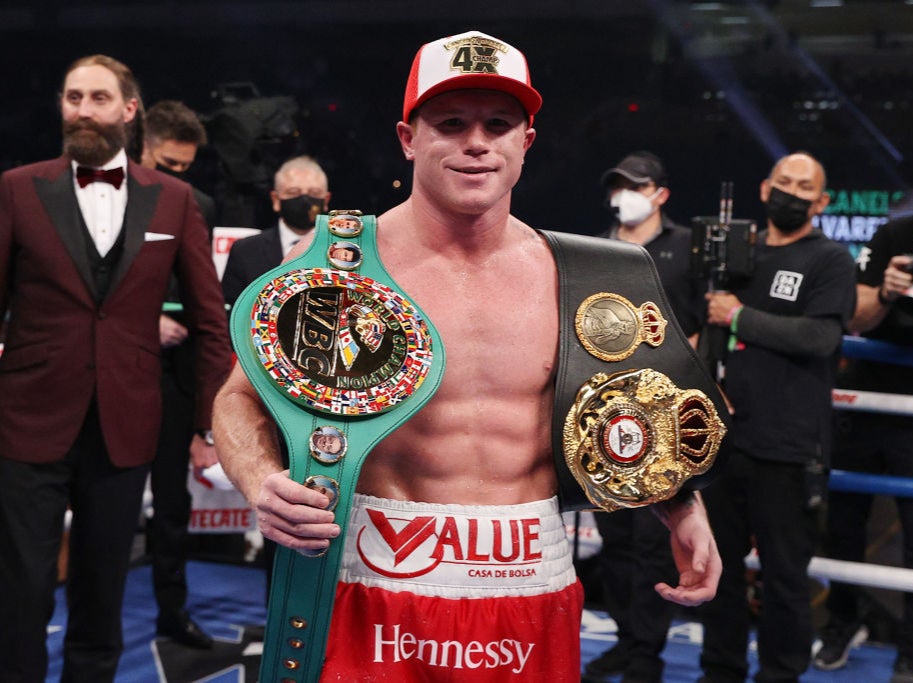 Canelo won for the 54th time in a career that started when he was just a kid of 15. He has held good world titles – beaten the very best men – at four different weights. He is paid vast sums, adored in Mexico where Mariachi bands serenade him with tearful odes of love and respect. However, what he does in the ring, the genius of his eye, is impossible to calculate and stick in a category. On Saturday night it was his very best and it was a thing of beauty.

Many of the rounds were close, neither fighter wanting to offer much of a target, but Canelo never needs much of a target. His jabs found ways to be quicker and longer than Smith’s own version; his body shots slid through arms and gloves. Smith found himself pinned to the ropes, often coming to rest in the vulnerable position after nothing more lethal than a few tidy sidesteps and feints from Canelo. It was fight management as an art.

Smith tried everything he knew, everything he has picked up since starting to box at the Rotunda club all those years ago. Smith also knew that charging, rushing in wildly, would give Canelo the wide opening he needed to finish the fight. Canelo can be that dangerous, a real one-punch finisher. Smith kept using his damaged left arm, pushing through the pain, but it lost its power from about round three. It looked like Canelo targeted the bulge in the bicep, which is legal but cold.

There will be critics demanding an Alamo-like finale from Smith, but that is to miss the intricacies of Canelo’s total boxing brain. Smith was not scared to throw, he was trapped under the lights, in front of 12,000 of Canelo’s fans at the Alamodome in San Antonio. It was not a massacre, but it was damaging.

All three scores were correctly wide and now Canelo can look at his options, which just might include Billy Joe Saunders, another unbeaten British boxer with a version of the world super-middleweight title. Smith, meanwhile, will get Christmas with his family, let his arm and mind heal before making a decision. He has the money to boldly walk away if he wants; boxing has never been about fame or glory with him.

Smith is 30, it was his 28th fight, the first hard one and he might also think about a move to light-heavyweight where he would end his battle with the scales. The extra pounds might just give him back some of what Canelo took on a Saturday night in Texas when the Mexican was perfect.