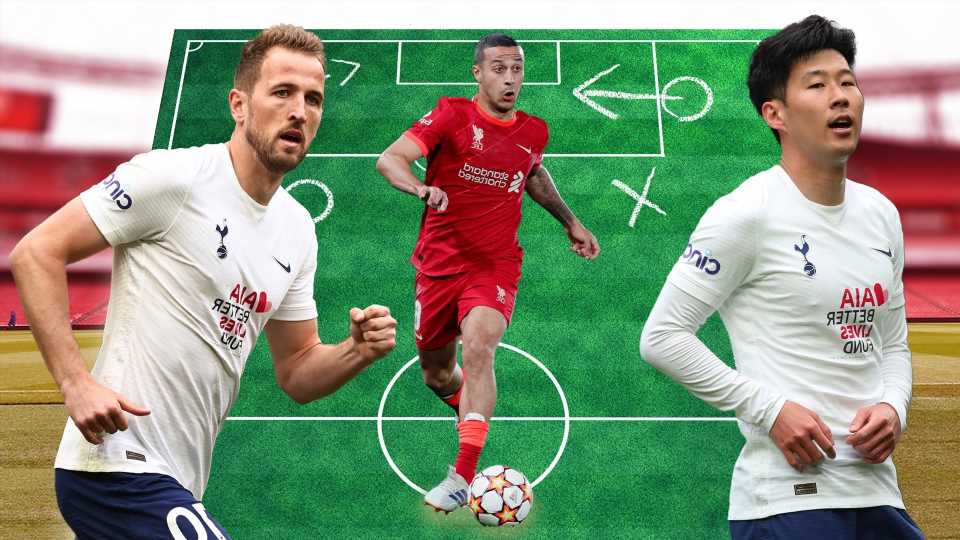 LIVERPOOL host Tottenham on Saturday night as Jurgen Klopp's side continue on their march towards the quadruple.

But in recent weeks Antonio Conte has started to have a real influence on Spurs, transforming them into a dangerous attacking unit. 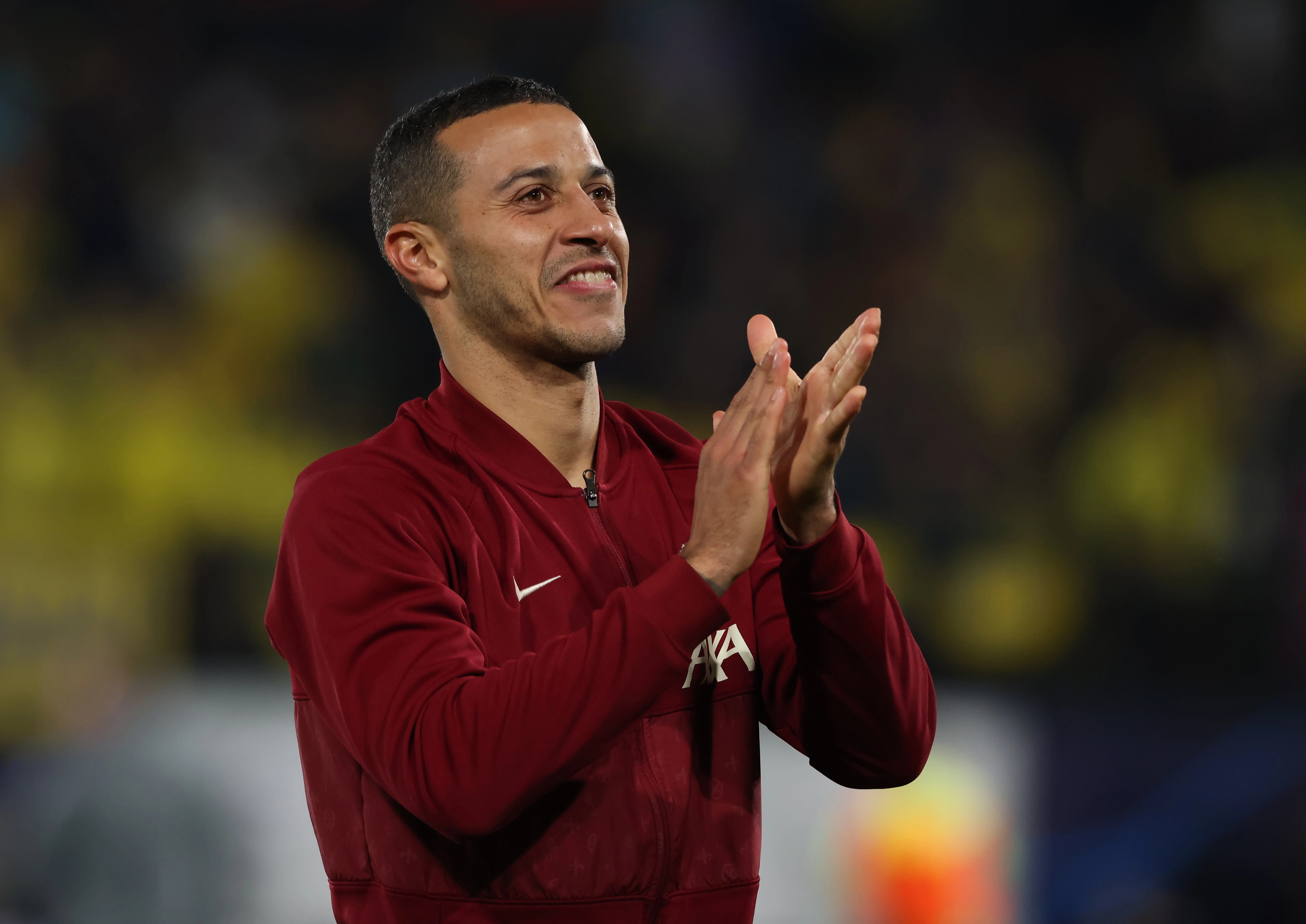 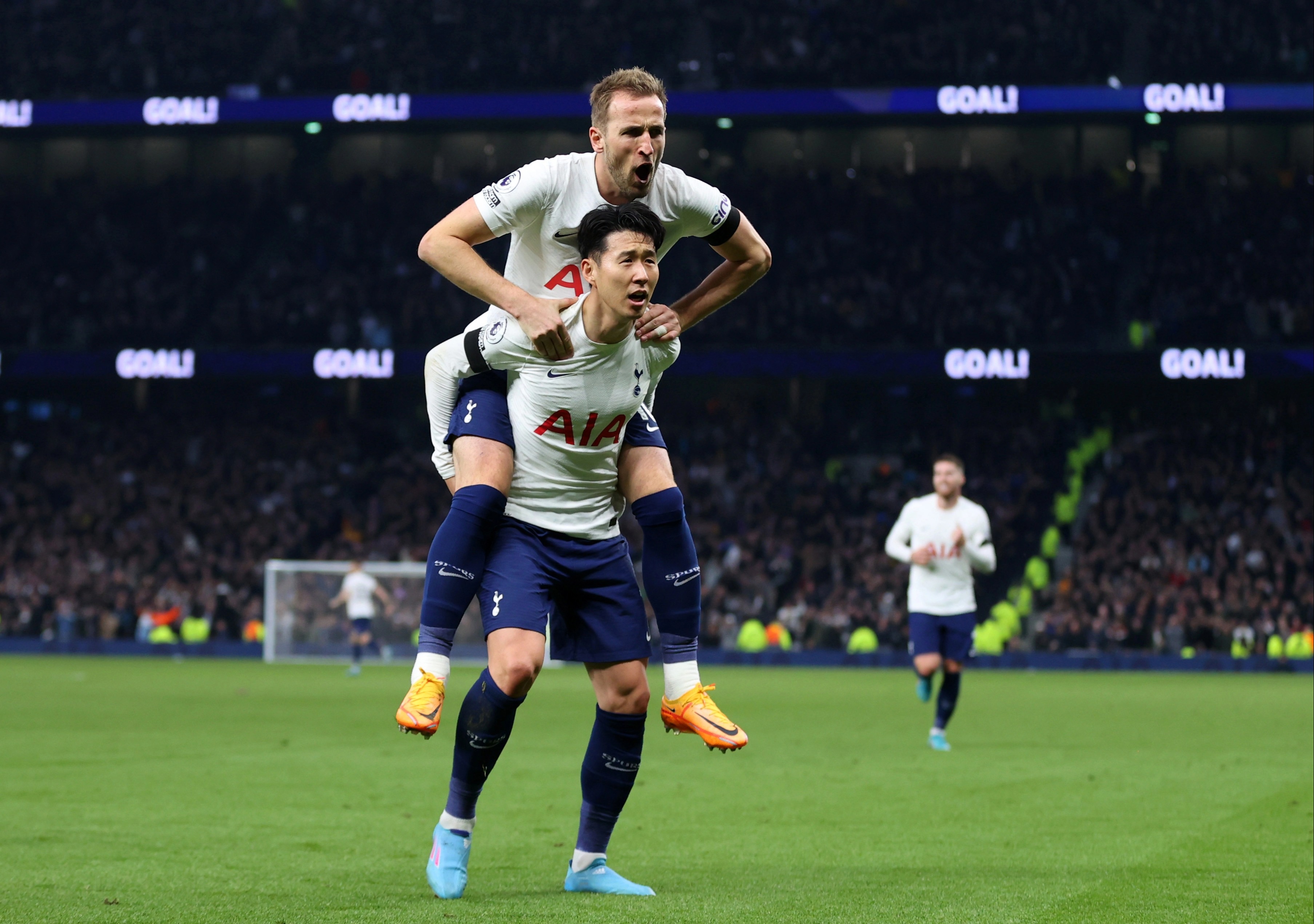 What can we expect from the match?

Well if Spurs can beat the initial Liverpool press, they could ask some big questions on the counterattack – but how do you stop Liverpool?

For 45 minutes in midweek it looked as though Villarreal and former Arsenal manager Unai Emery had found a way.

The Spanish side were 2-0 up at halftime with Klopp and his men rocked before the Reds clicked into gear after the break. 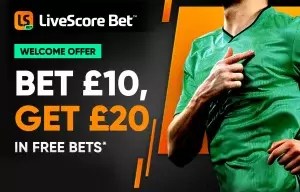 Premier League – free bets: Get £20 bonus when you stake £10 on football 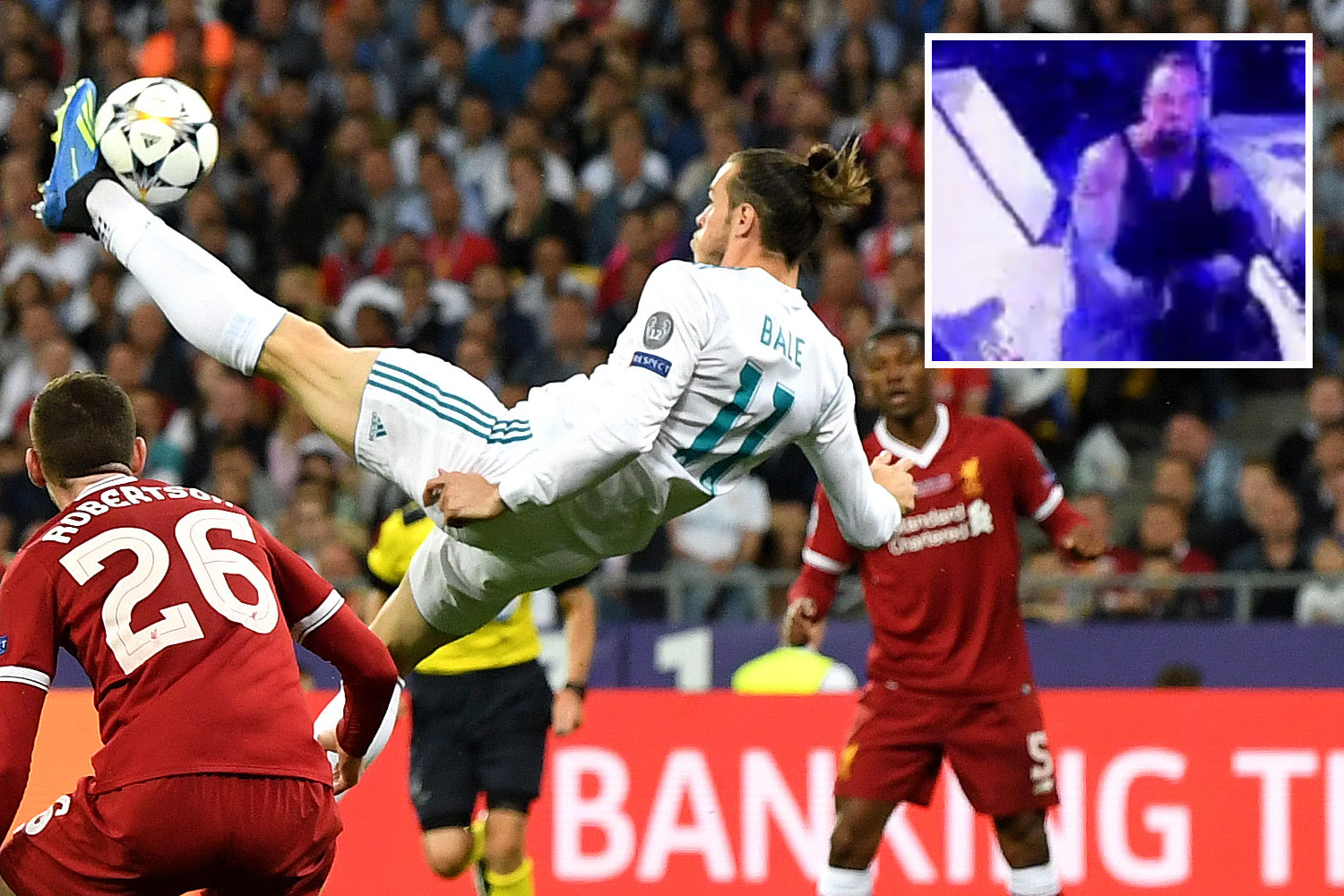 Whilst we already know without doubt that Liverpool will line up this weekend in their customary 4-3-3 formation there is more uncertainty around the shape that will be favoured by Conte.

In recent weeks we have seen the base of the Spurs unit stay as a three at the back but the other roles around that base have shifted.

In some senses the three at the back can be effective around this Liverpool side as the defenders look to effectively man mark the three Liverpool forwards, who will stay high.

But the key to the clash may come in how Spurs look to stop Liverpool progressing the ball through the fullback positions or from the midfield where Thiago Alcantara is seemingly everywhere. 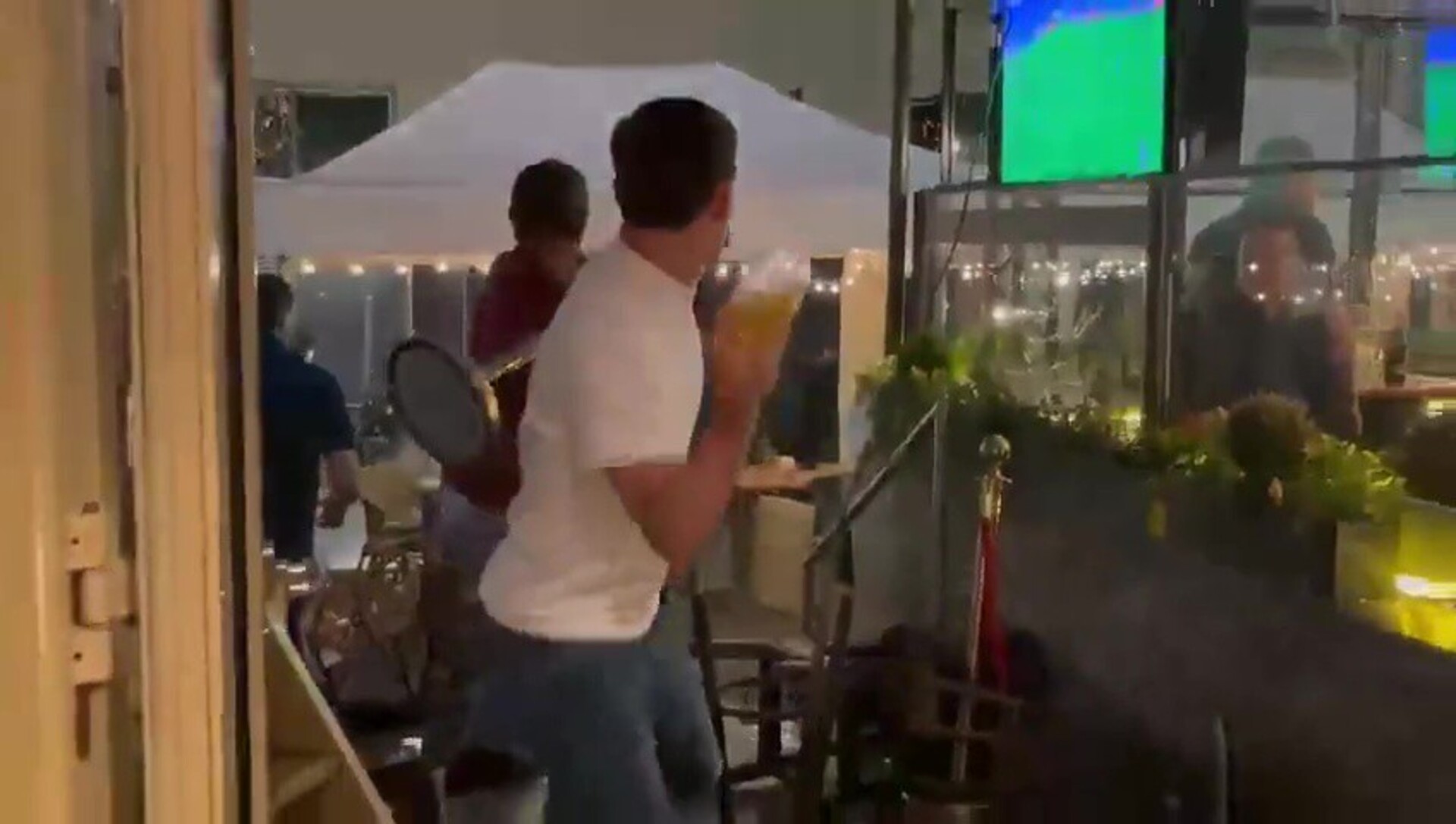 When Liverpool won the Premier League title under Klopp in the 2019/20 season, they did so by playing a very specific style of football.

That being ball progression and chance creation largely coming either from the fullback positions or from the front three doing something brilliant.

While this strategy was successful as a whole over the course of the full season, there were matches in which teams were able to stop the Liverpool attack.

Teams began to learn that if you could shut down the threat from the likes of Trent Alexander-Arnold and Andy Robertson then you could blunt a large part of what made Liverpool so threatening.

This is part of the reason that the decision to sign Thiago from Bayern Munich made so much sense, despite the midfielder's age at the time. 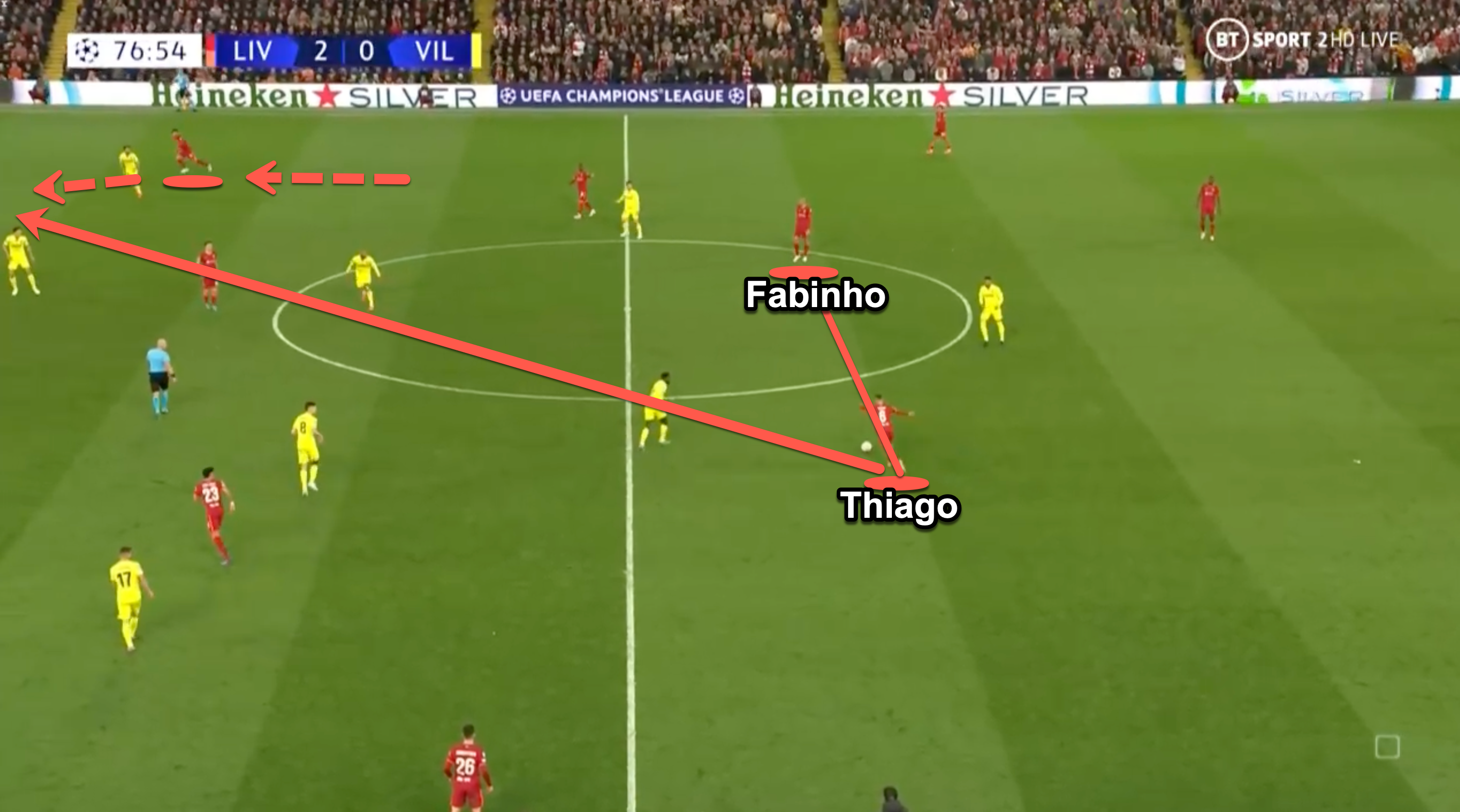 Yes, it’s taken a bit of time for him to get going but he is without doubt the best midfielder in the Premier League who isn’t Belgian, ginger and playing for Manchester City.

With Thiago in midfield and both Alexander-Arnold and Robertson wide Liverpool have different ways to hurt teams.

Thiago is a midfield player who can progress the ball through diagonal passes that switch the angle of the attack or through driven passes that can break a line centrally.

With Spurs likely to play with three in the defensive line there is likely to be space in the midfield that the Spaniard can exploit. 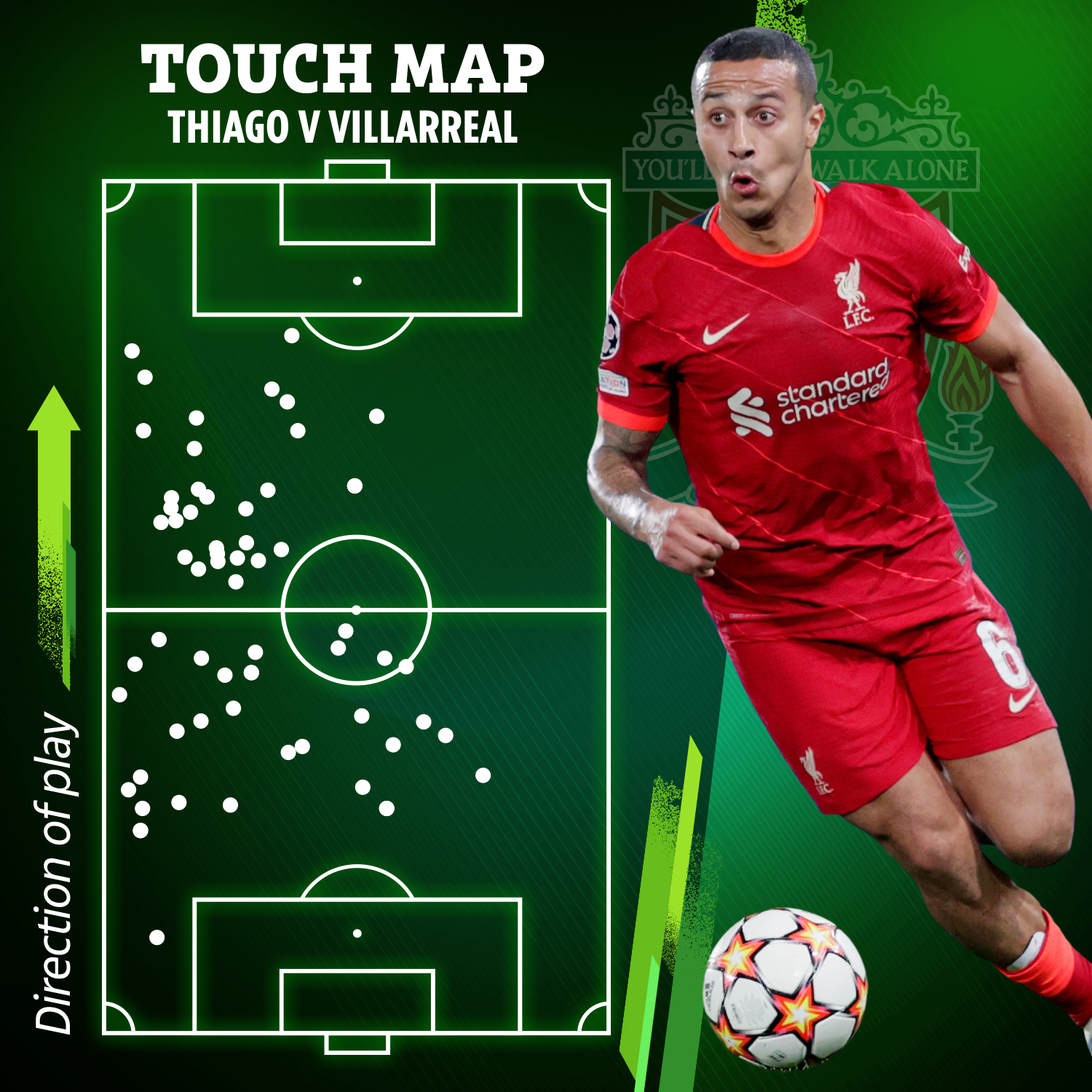 The fact that Liverpool now have a significant threat ball progression wise in midfield has increased the space and time that the likes of Alexander-Arnold has to shift the ball into dangerous areas.

The 23-year-old has one of the most impressive passing ranges in football and Klopp and his coaching staff have build a tactical system that looks to take advantage of that.

We will often see Alexander-Arnold look to play diagonal switches of play, but his ability to take possession in the channel and play crosses to the far post from deeper positions also add a huge threat. 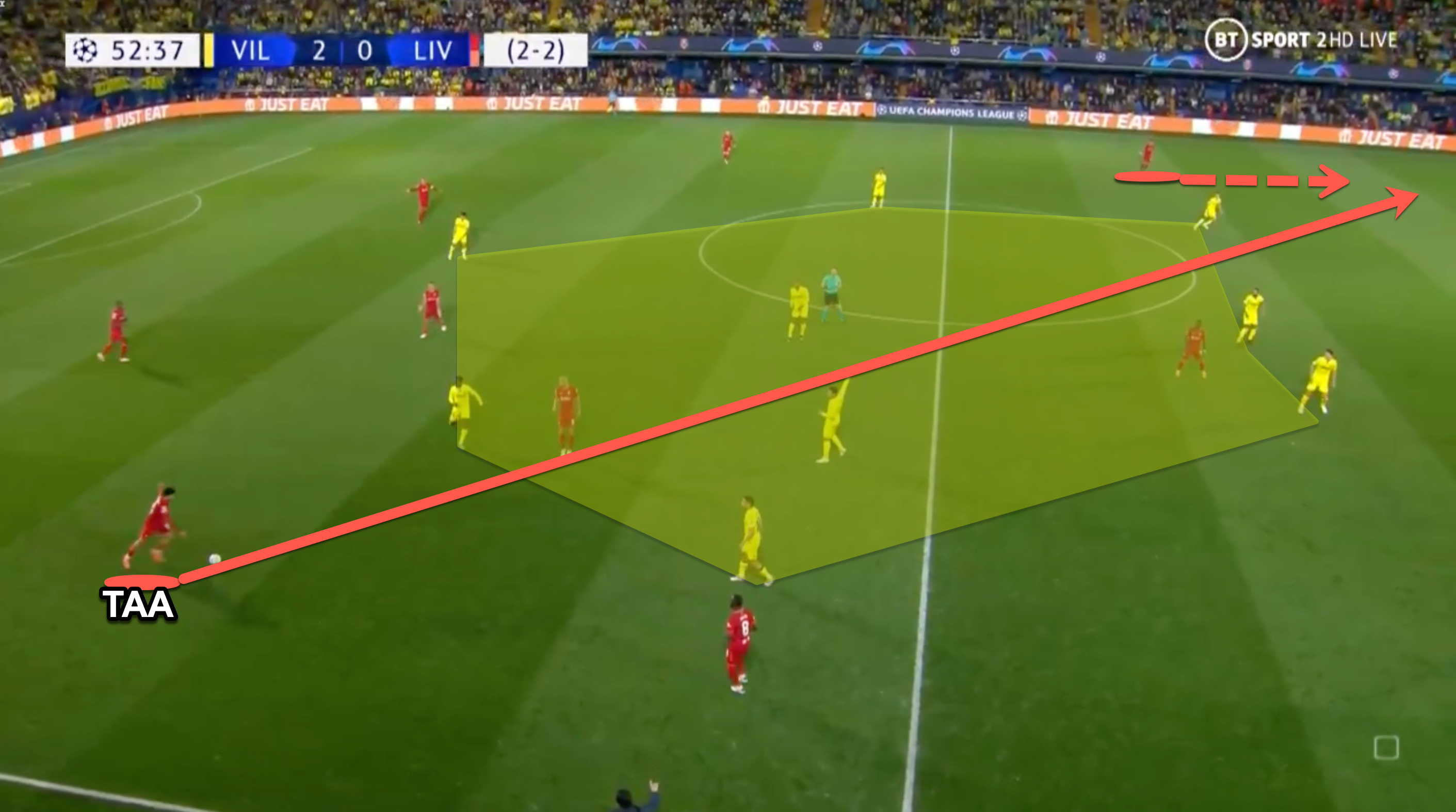 A large part of the reason for Spurs’ resurgence in form and the fact that they are still competing for Champions League at this point in the season has been their dynamic attack.

The traditional thinking around the January transfer window is that it is hard to find any real value in the market.

Instead, you will typically have to pay a premium to get any of your targets because the selling team will be less likely to allow opposition squads to be disrupted at that point of the season. 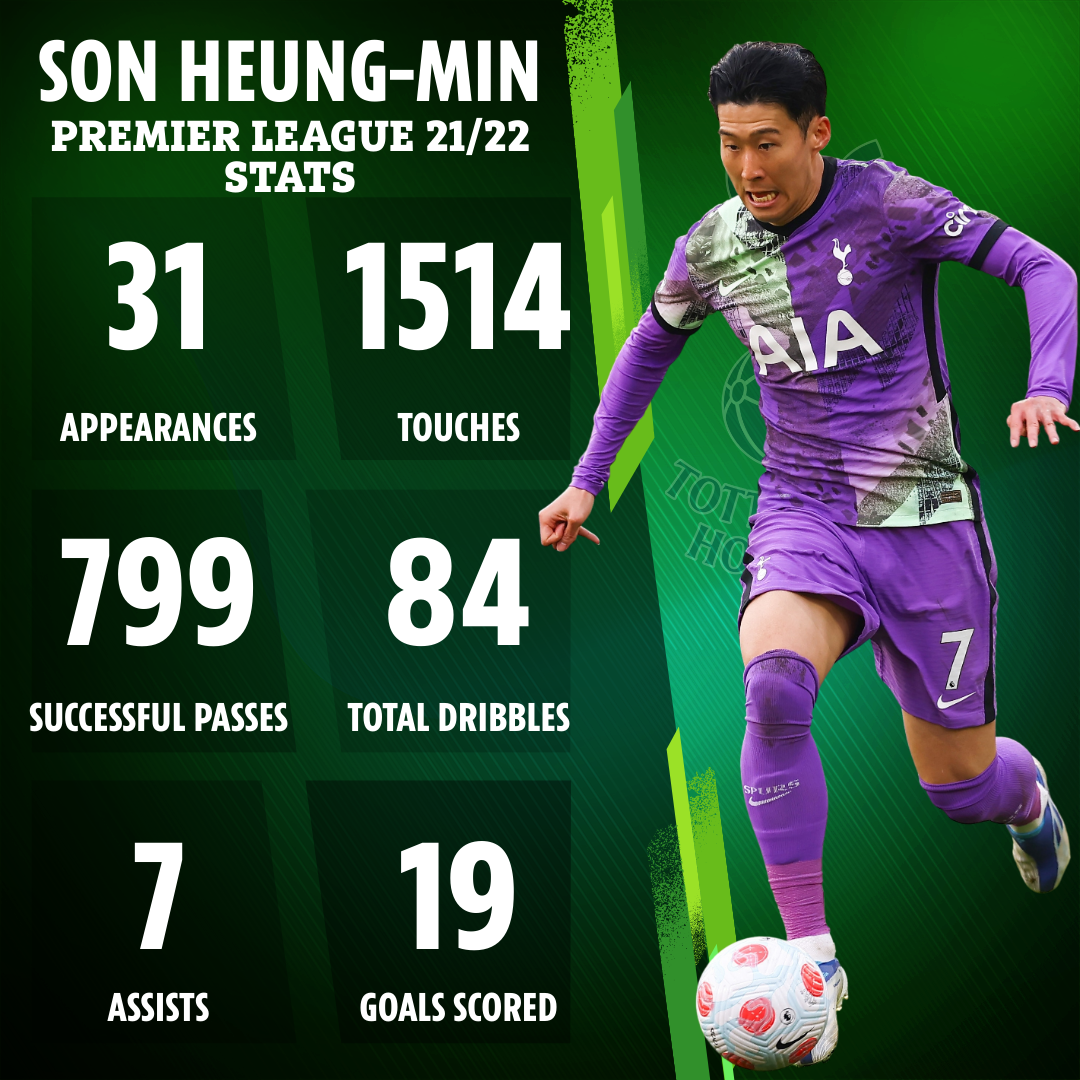 And, of course, the last thing you want to do is leave it really, really late and panic buy at the last minute having missed out on about 20 of your previous targets.

This past January we saw Spurs turn this thinking on its head as they raided Juventus for Rodrigo Bentancur and Dejan Kulusevski in unexpected deadline day deals.

While Bentancur has impressed in the midfield it is the performance of Kulusevski, and of the attacking unit as a whole, that has stood out the most.

Kulusevski likes to play from the right-of the attack and he shows the ability to stay wide and give width. 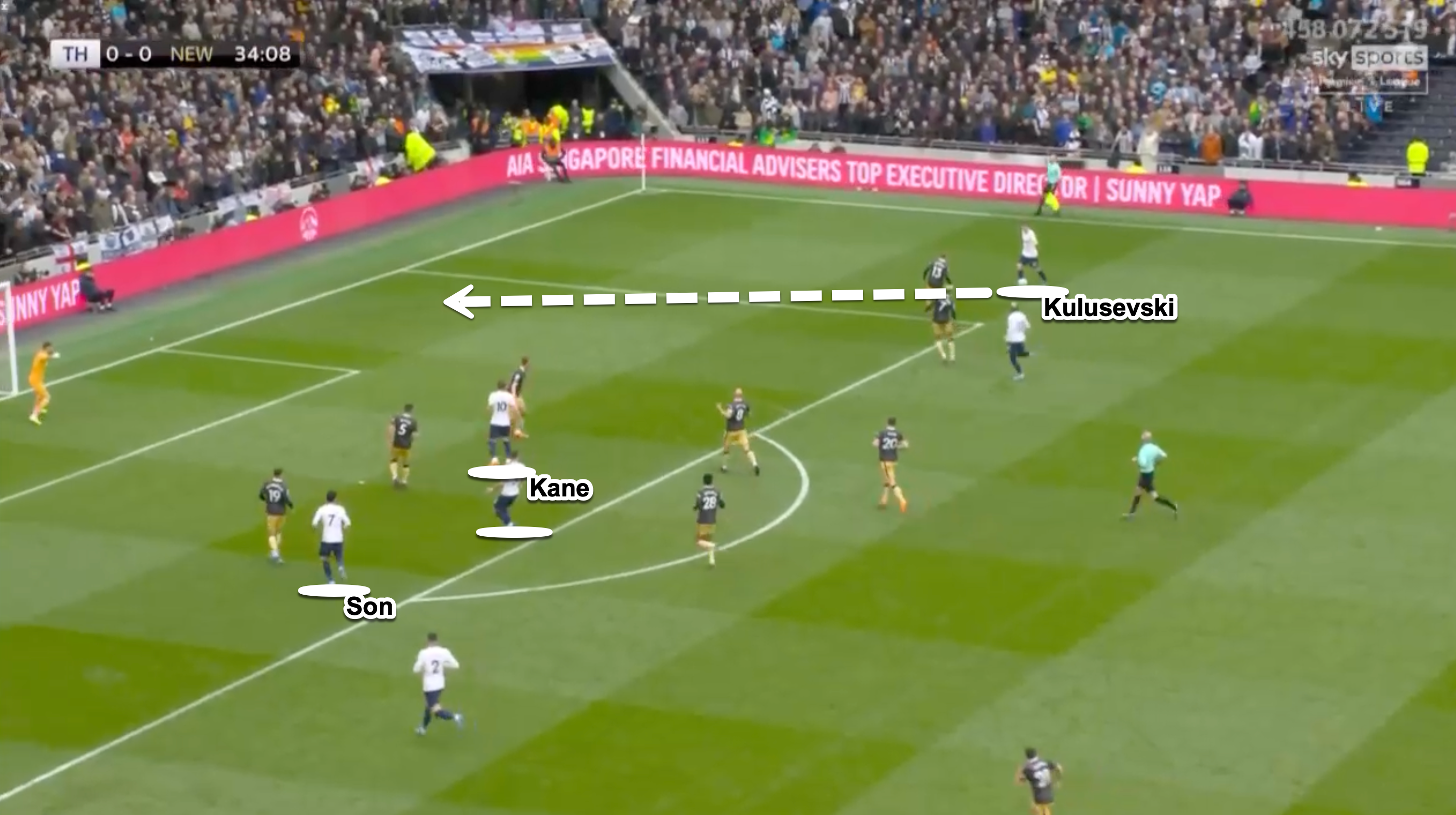 On the other side of the attack we have Son Heung-Min who tends to position himself more towards the central areas.

Does that remind you of the wide players in another front three you know of?

With Kulusevski holding the wide spaces and acting more as a traditional winger we often see Son come inside to support Harry Kane in the central areas.

Meanwhile the central midfielders can push on and occupy the channels to support the Swedish international when he is in possession.

This positioning from Kulusevski could be very effective against Liverpool as it will prevent Robertson from getting as far forward from left-back as we might expect him to.

Kane has evolved his game over the last couple of seasons to the point that he is now more likely to drop into deeper areas of the pitch.

This movement allows him to help Spurs to progress the ball and when he receives the ball in deeper areas the runs of Son and Kulusevski allow Kane to drop the ball dangerously over the defence. 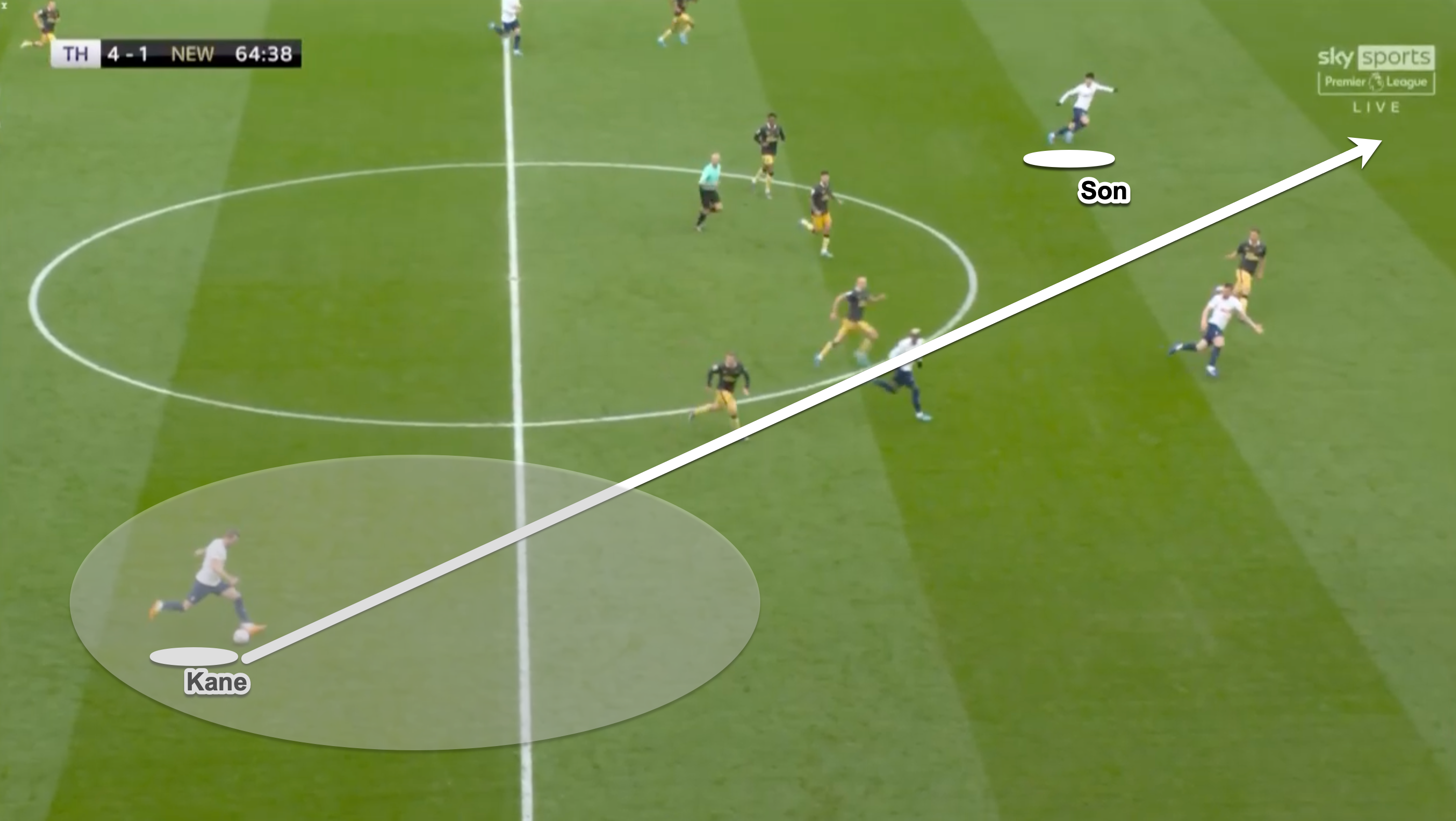 That will inevitably cause the Liverpool high defensive line problems in this game.

All that space for Kane to drop one in behind for Son to leg it on to? Yes, please.

How can Spurs bypass the Liverpool press?

One of the aspects of the game that makes Liverpool so dangerous to play against is the aggressive nature of their press.

When Klopp first took charge at Anfield all of the talk was that we would see his brand of gegenpressing put in place immediately.

This was not the case though as Liverpool did not have a squad with the ability to press high and with aggression. 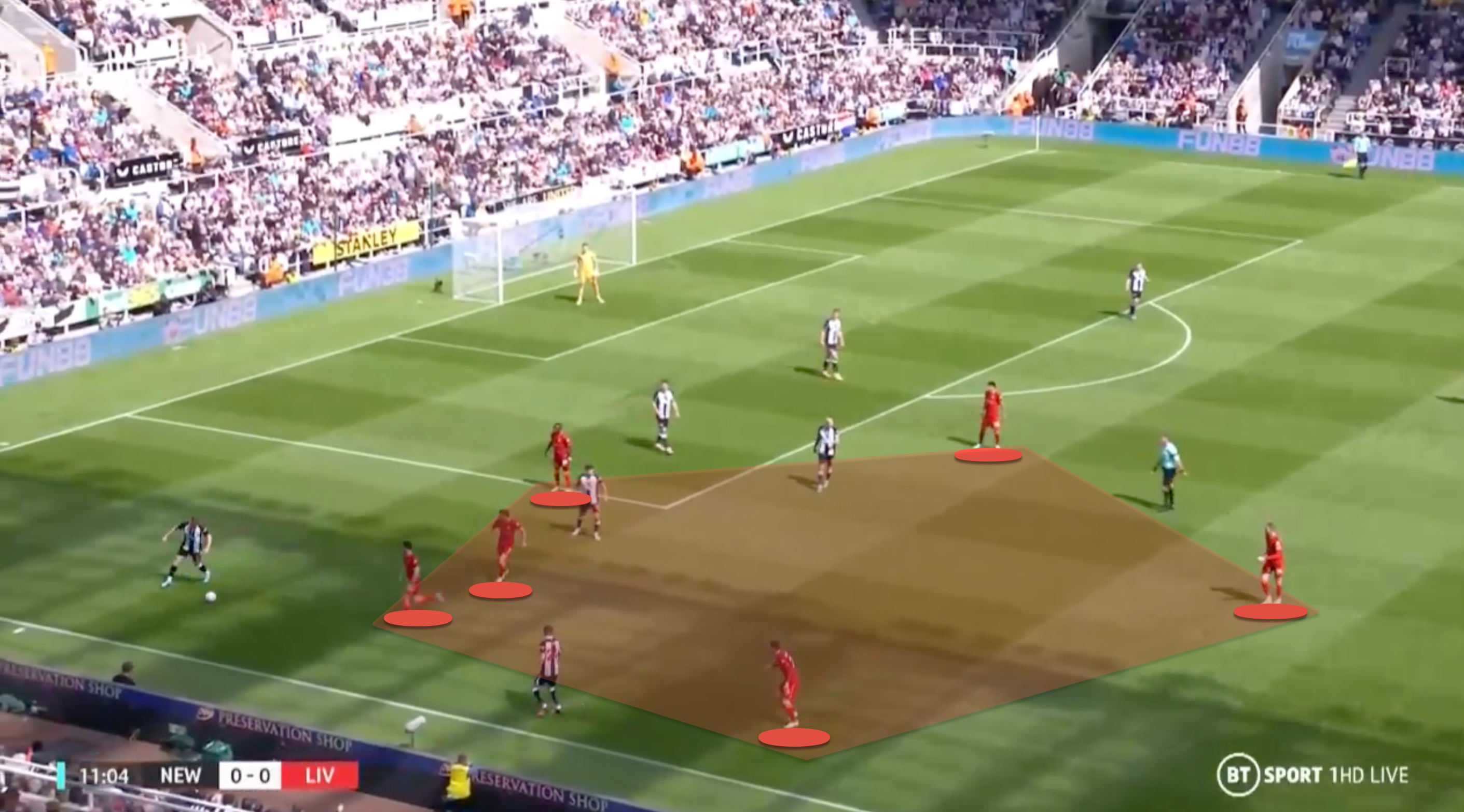 The aim when doing so is to force the opposition to either play back or to play forward and make a mistake.

Liverpool have pressing in this manner down to a fine art and they will do so with layers, as one or two players attack the ball and others block off passing options.

In order to play effectively against this Liverpool side Spurs will have to find ways to play through the press. 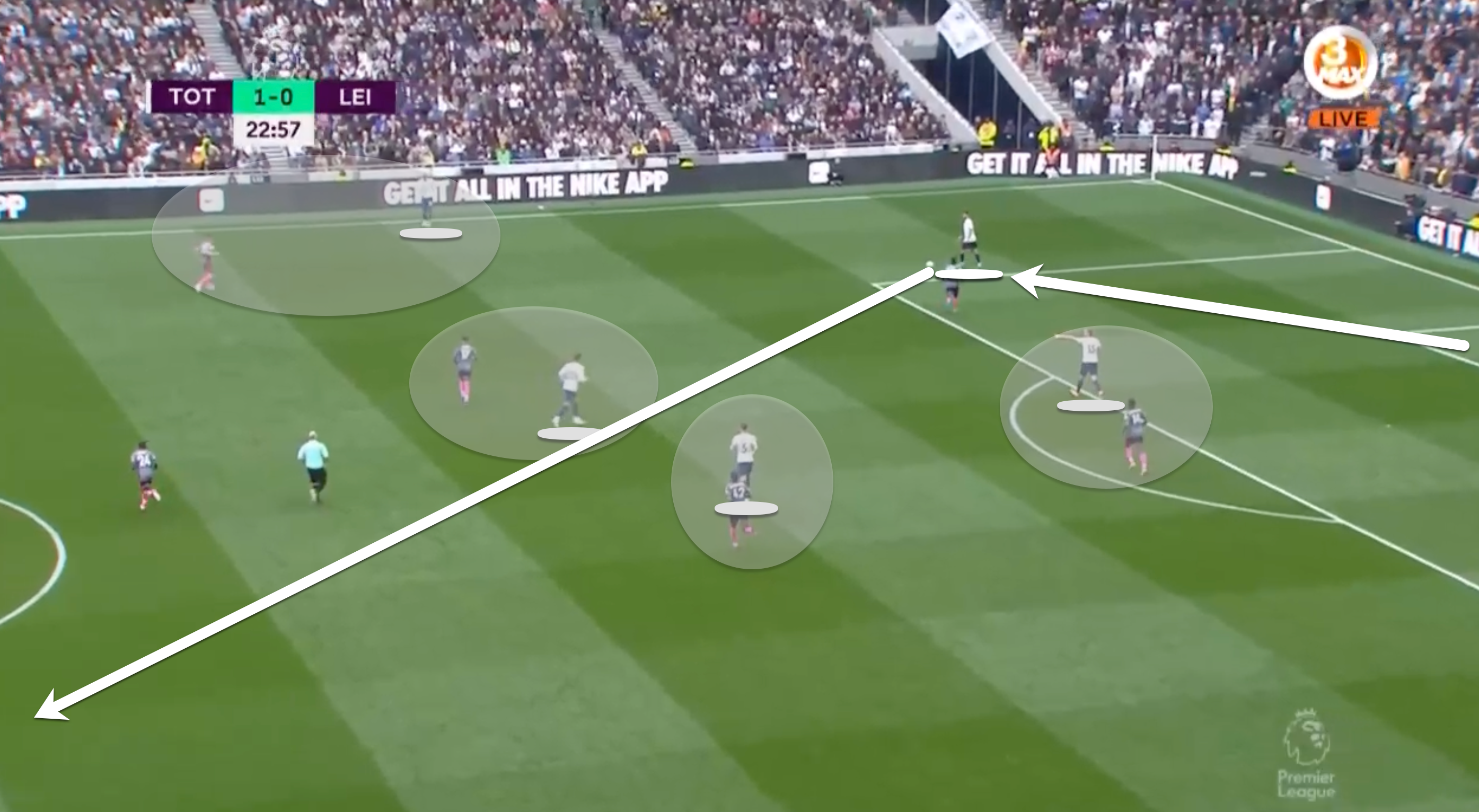 Given that we expect Spurs to play in a back three system we think that Spurs will look to build out from the back.

They also, however, have the capacity to then vary their build up play in order to play over the heads of the Liverpool press.

So, how will this one play out?

As we’ve said, Liverpool will look to use Alexander-Arnold and Robertson to maximum effect and Conte will hope Son and Kulusevski can minimise that threat.

But, Liverpool can also go through Thiago and hurt them in different ways.

Tottenham will look to kill the spaces that Liverpool can play in and then look to get the ball forward to their exciting front three as quickly as possible and see what happens from there.

Could this be one that slows down Liverpool’s sprint to the Quadruple line? Quite possibly…

For more tactical analysis, scouting and stunning data visuals head over to Total Football Analysis – check out their monthly digital magazine which features 22 top articles in the May edition.

**Paddy Power New customer offer. Place a £10 Sportsbook bet on any Football market, at min. odds 1/2 (1.5) between the 1st and 31st May — get £40 in free bets, valid 30 days. Only deposits via Cards will qualify. Free bets will be awarded after the qualifying bet has been settled. T&Cs apply. Please Gamble Responsibly. 18+ begambleaware.org