Swim queen Cate Campbell has delivered a scathing attack on a new funding model that has plunged a number of sports into uncertainty only 18 months out from the Tokyo Olympics.

Sport Australia (formerly the Australian Sports Commission) is under increasing pressure to delay or ditch a contentious overhaul of its funding program that will see some sports lose their funding and others wait on performance-tied grants. 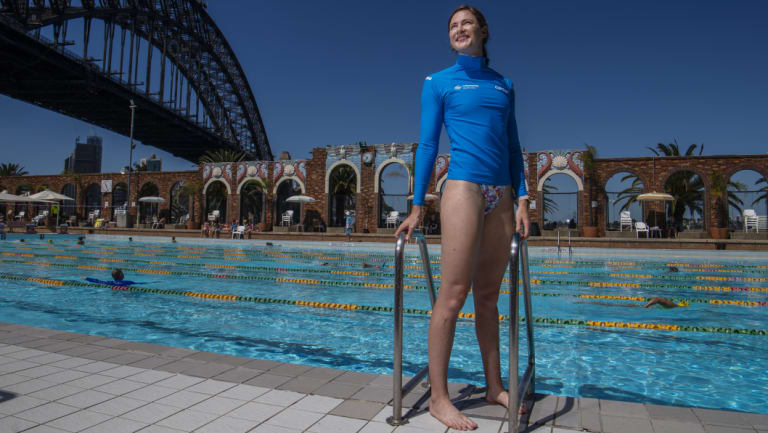 Swimming will not be affected by the cuts but that did not stop Campbell from mounting a passionate defence of aspiring Olympians across all sports who, she says, are struggling to make ends meet.

"We're not asking [the government] to support the rich and the elite, because very, very few of our Olympic athletes get to be at that level. Very few of them get to earn enough so that when they retire they actually have savings in the bank. Most of them will retire with a few dollars," Campbell said.

"Those are the people who need support, because Australia supports our athletes in everything except the dollar aspect. That needs to change if we want sport in this country to continue."

Sport Australia maintains its proposed reforms, which are designed to give sports greater budget certainty and continuity but also split funding into base and performance-tied categories, are necessary to secure the best returns on a constricted national sports budget.

Campbell said the broad landscape of diminishing funding across all Olympic sports was shortsighted and damaging. Even swimming, one of the best-funded Olympic sports, which also receives private funding from mining tycoon Gina Rinehart, has seen its government funding stagnate.

"I'm not just talking about swimming, I'm talking about all Olympic sports. We're not asking to fund the high-profile athletes, we're asking for funding to help get young children involved in sport," she said.

"We are facing so many health epidemics in Australia . There's obesity, which sport obviously directly affects. But then there's mental health, which is on the rise. There are direct links that say involvement in sport and exercise helps and affects your mental health in a positive way. 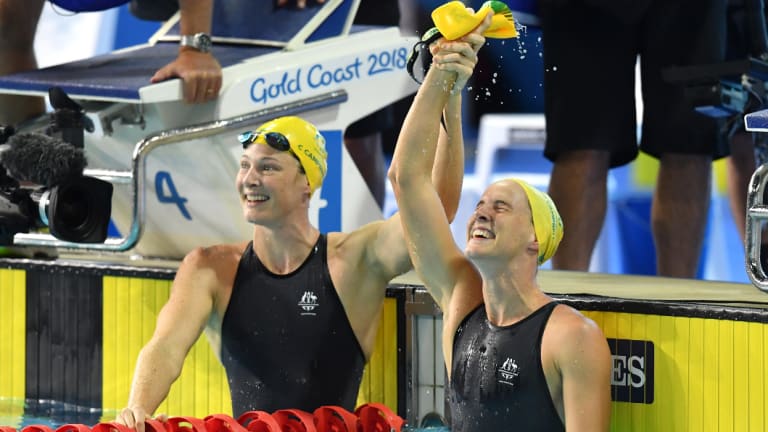 The Campbells are moving to Sydney with coach Simon Cusack, spearheading a hoped-for revival in elite swimming in NSW.Credit:AAP

"But we're also talking about unity. I feel like this world is so divided at the moment. There are so many people believing in different things but when you get in front of a TV and you're watching an Australian athlete, it doesn't matter who you are or where you come from. It doesn't matter what your beliefs are. Everyone is barracking for that Australian in the green and gold cap. Isn't unity in this country a good thing? We need to be fostering and supporting that and we need to be recognising and supporting the people who are sacrificing so much of their lives to go and pursue this."

Campbell joined sporting legend Dawn Fraser to launch the Australia Swims campaign at North Sydney Olympic Pool on Friday. It was her first public outing since the two-time Olympic gold medallist announced she was moving to Sydney with coach Simon Cusack and sister Bronte Campbell.

"I'm not asking for more money for myself. I'm very lucky that I can make a living out of swimming," she said.

"I'm asking for more money for the swimmer who trains 10 sessions a week and can barely pay rent, who has to choose which days they will have red meat because they can't afford red meat. I'm asking them to support the female rugby team who are pushing and working for gender equality in sport, which I think will spill out into gender equality in society. I'm asking them to support the young kid who wants to run cross country at their school and wants to follow Michael Shelley's example and win a Commonwealth Games gold medal.

"If they don't do it, at least they tried. At least they went out and had a go. Those are the people we're asking the government to support."