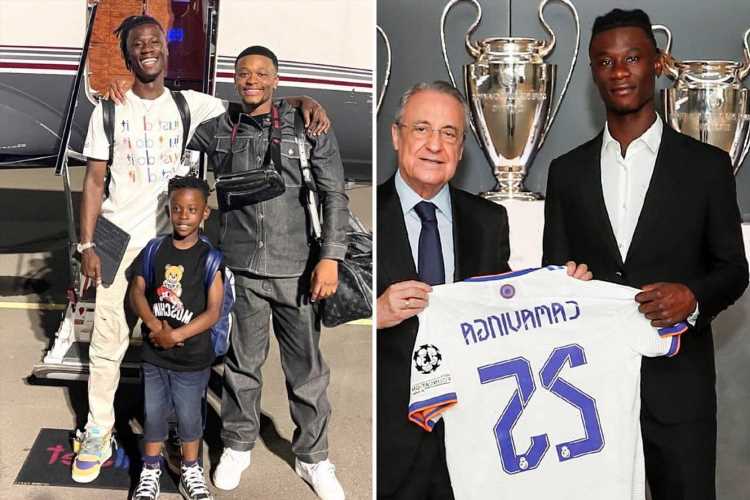 EDUARDO CAMAVINGA has been officially unveiled as a Real Madrid player after his £27million move from French club Rennes.

He flew into Madrid on Tuesday night before Los Blancos held a press conference for the 18-year-olds arrival at the Bernabeu today. 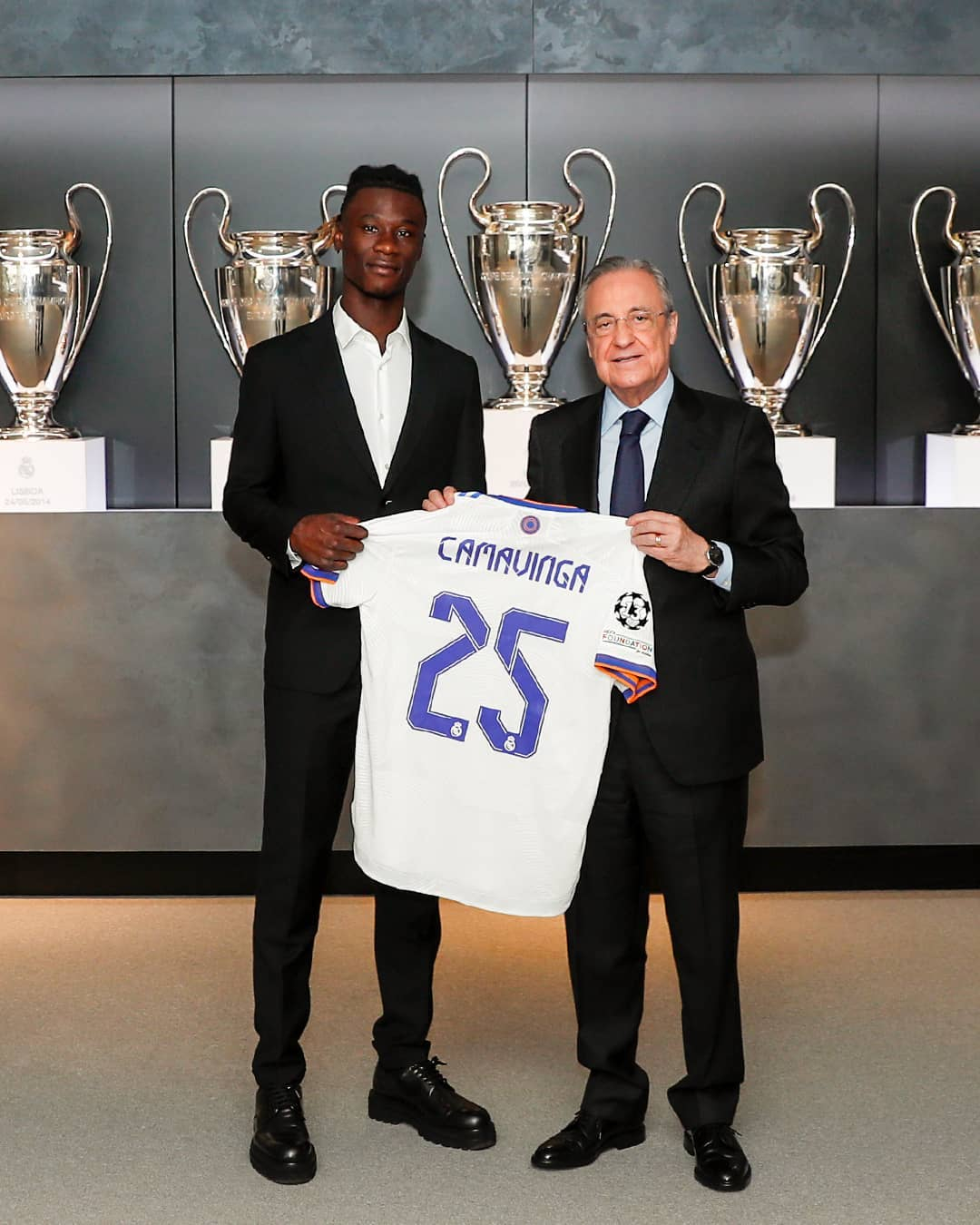 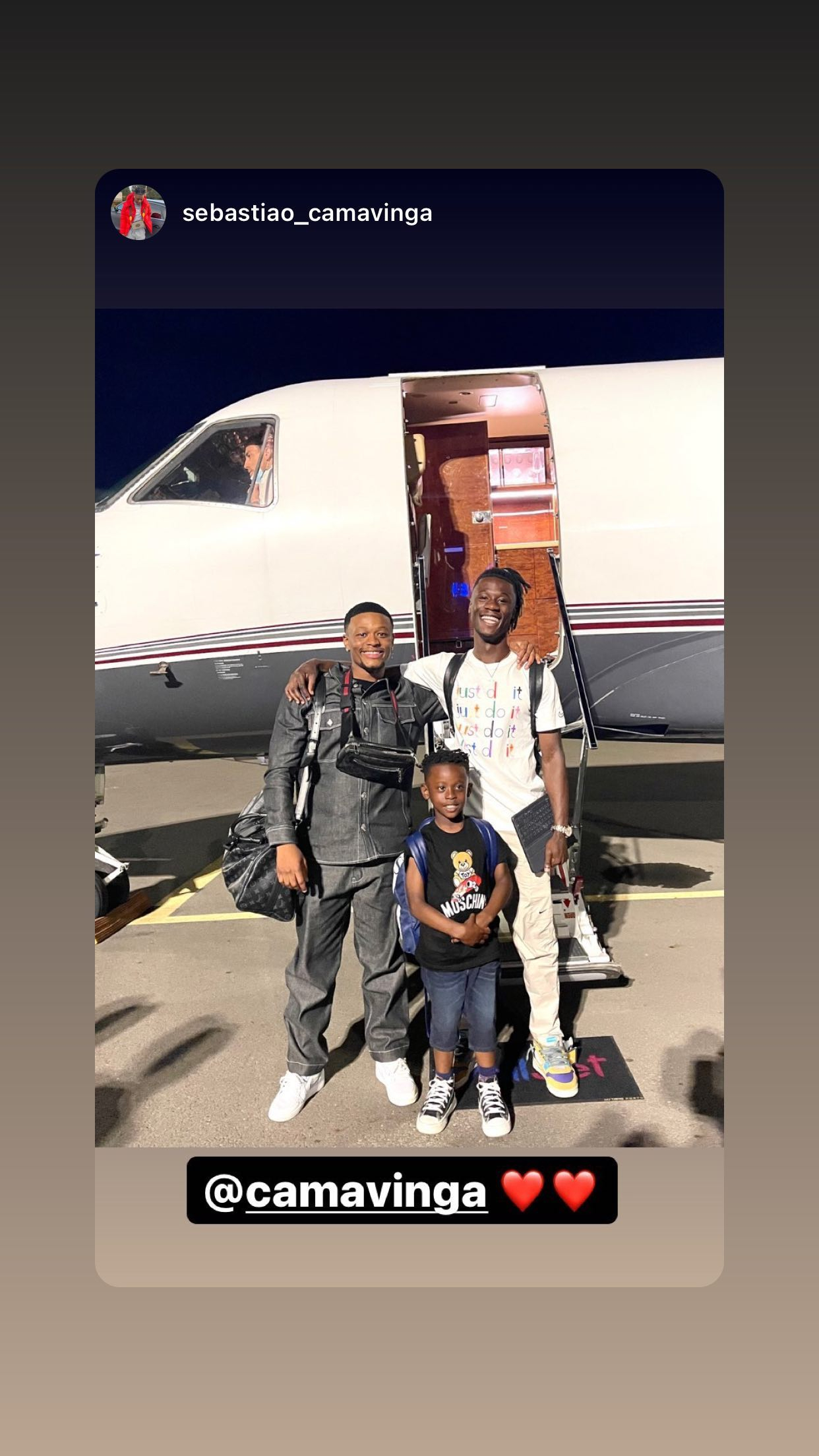 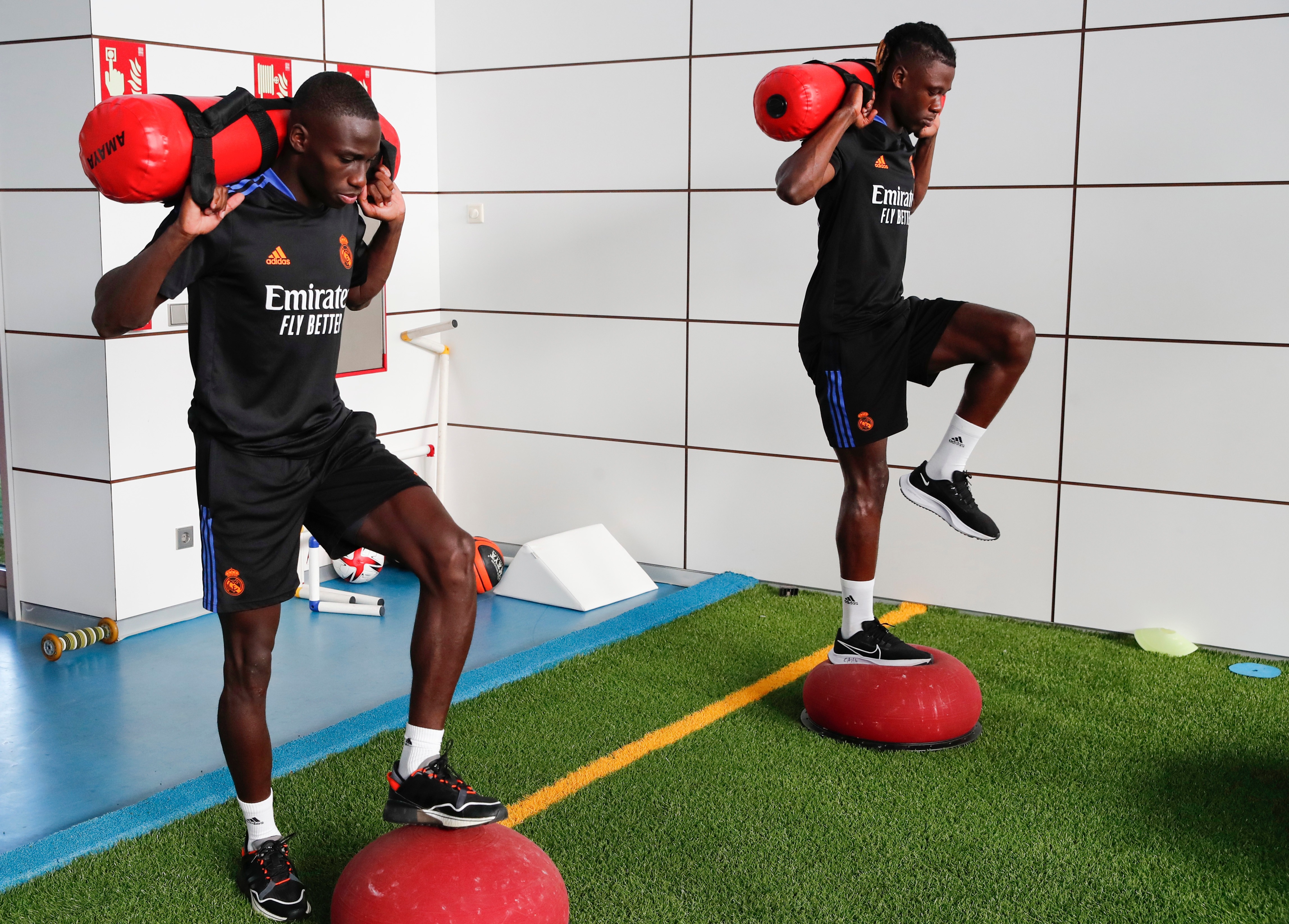 And the youngster has opened up about the help of his family in getting him to where he is in his career.

His parents were forced to flee the Congo due to war and Camavinga was born in a refugee camp in Angola.

He moved to France at two-years-old but his family struggled to settle in a new country.

They were even forced to sleep without shelter for one night before being helped by social services and eventually settling in Brittany.

And their family home in France was destroyed in a fire in 2013, which Camavinga credits as his motivation for becoming a professional footballer.

On the topic of his family, he said: "Obviously having to escape the war has been able to help me, make me stronger.

"But above all, my family has helped me a lot and when I play, I play for them. It has made me stronger."

Speaking about his parents, Camavinga also said: "The moment I knew I was going to be a Madrid player I felt very happy.

"I have been thinking about my family, about all the problems we have had and it is a tremendous pride to be with everyone."

And he also revealed that ever since he was a child it's been his 'dream' to play for Real Madrid.

He said: "I'm very happy, it's a dream since I was little I wanted to play for Madrid. I'm going to try to give them everything."

The 18-year-old midfielder completed a medical with the Spanish giants early this morning according to AS, before being introduced to his new team-mates by boss Carlo Ancelotti.

The Los Blancos squad are reported to have applauded his arrival at their Valdebebas training ground.

And Camavinga is ready to hit the ground running.

During his unveiling press conference, he was asked if he was ready to play this weekend, to which he replied: "Yes, honestly I am already prepared. It will be the coach who decides but I am ready to play."

Ancelotti's side take on Celta Viga as they look to maintain their unbeaten start to the LaLiga season.

Two wins and a draw from three games put Real Madrid top of the table heading into the international break.