Should Finch be moved down the order?

Australia's limited-overs captain did little in Adelaide to change views about him as an opener at home but he deserves at least a second game to show something.

Given there's no one else in the position banging the door down in the Shield there's a case to be made that he should be given the whole series to prove his value. 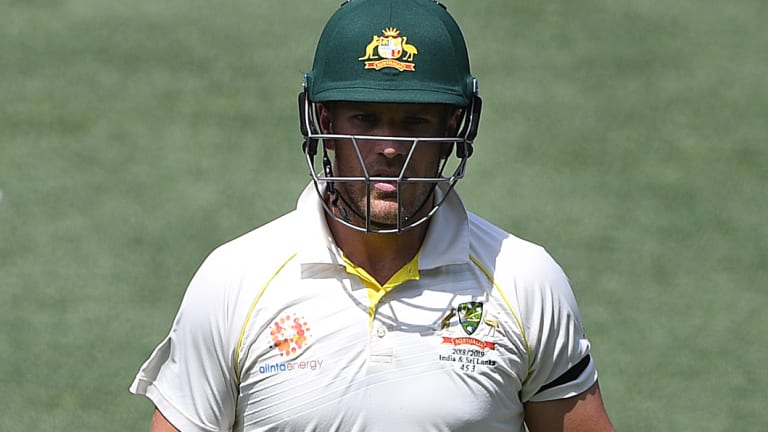 Opener Aaron Finch is under pressure for his place after failing twice in his first Test on home soil.Credit:AAP

Moving the Victorian would reek of panic given how strongly Langer had backed him in.

One of Usman Khawaja and Shaun Marsh would have to step up, but that would further destabilise an inexperienced top six still finding their way at the level.

As much as fans would like to see wholesale changes made, there's not much selectors can do other than back their judgment and wait.

Who is the key man for Australia?

Australia is craving for a hero with the bat. Usman Khawaja can be that man. With Steve Smith and David Warner suspended, he has to be that man. 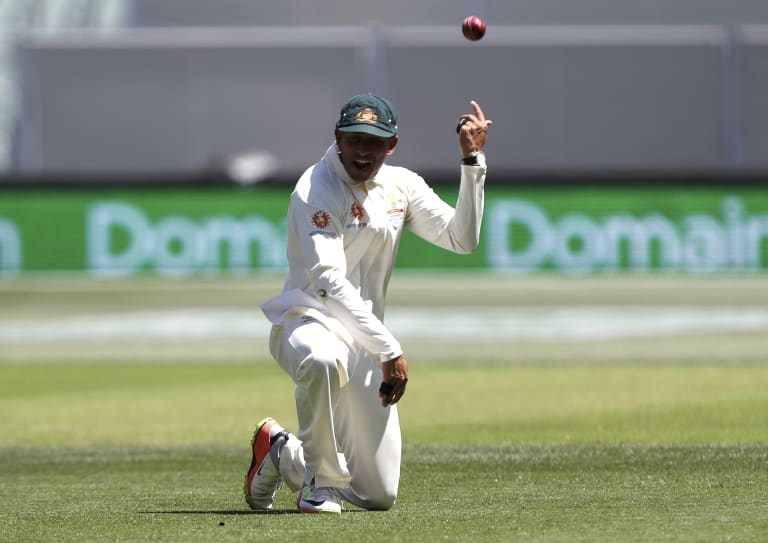 What a catch: Usman Khawaja removed Virat Kohli with a spectacular catch in Adelaide, but he needs to do more with bat in hand in Perth.Credit:AP

But the left-hander needs to find a way to overcome spin master Ravi Ashwin, who dismissed him twice in Adelaide.

It took a fizzer to remove him in the first innings, when he looked set for the long haul, but he was out-foxed in the run chase after being tied down.

The likelihood of a faster track should help Khawaja, who despite recent improvements to spin still looks more comfortable against the fast men.

He shapes as the most likely Australian who can graft the sort of century that Cheteshwar Pujara delivered for India.

Can Starc rediscover his best in Perth?

Anyone who saw the left-arm quick bowl in the nets last week would have been shocked to see the Mitchell Starc on show in the second innings. 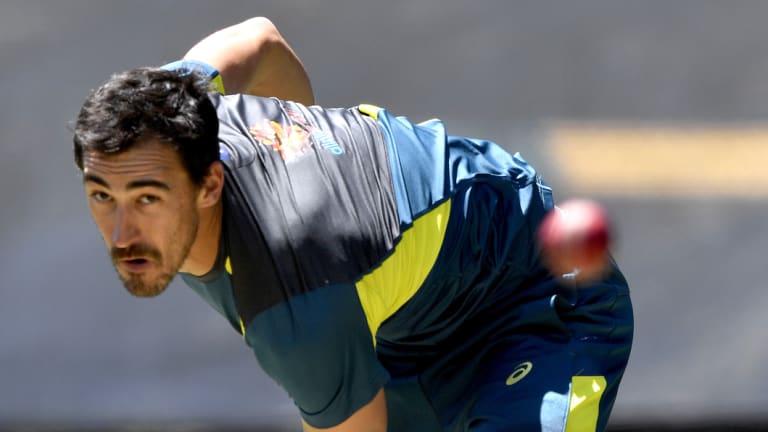 Inconsistent: Mitchell Starc needs to find his range in both innings in Perth.Credit:AAP

Gone was the speed demon who had his teammates ducking and weaving, replaced by a scatter-gun who had his wicket-keeping captain jumping and diving.

Perhaps Starc was in need of the gallop. Australia's senior paceman, who needs nine wickets to join the exclusive 200-club, had played only one Shield game in seven weeks.

The word is the Perth Stadium pitch will be lively so if Starc cannot fire the alarm bells will be ringing.

Where are India vulnerable?

Australia's woes with the bat have been well documented but India faced fewer overs. The difference, however, was they had Cheteshwar Pujara, whose knocks of 123 and 71 papered over the cracks.

India has a weak spot at the top in ageing opener Murali Vijay and at No.6 with one-day wonder but five-day enigma Rohit Sharma.

But unlike Australia, India's batting is experienced so should be better equipped to make adjustments on the run.

Their tail is weak, with their resistance in the first innings in Adelaide a rare occurrence.

India's bowlers were relentless but the hosts believe they can expose Ishant Sharma, Jasprit Bumrah and Mohammed Shami when tired. Whether Australia's batsmen are good enough keep them out there long enough to sap the strength from the pace trio is another issue.

Is Kohli due for a big score?

Put simply, yes. The India captain is averaging less than 12 in his past four Tests against Australia but good luck keeping him down. 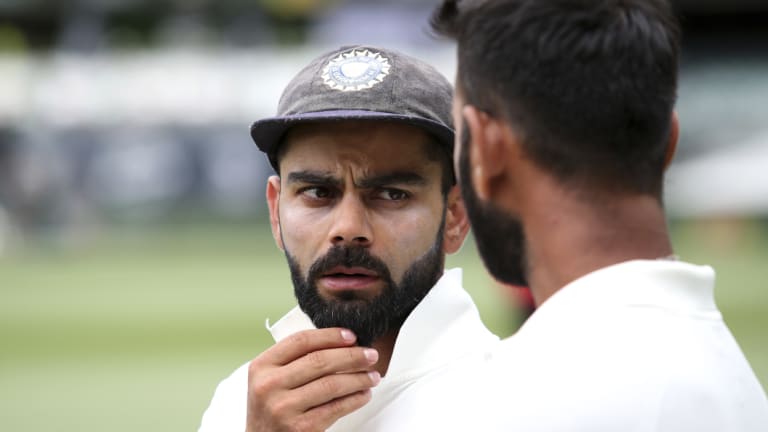 Intensity: Virat Kohli will want to lead with the bat in the second Test.Credit:AP

Australia pinned down the master batsman then threw the bait wide which he could not resist but it was a much more disciplined Kohli in the second innings when he adapted his game to the trying conditions.

Kohli is an entertainer but if he has to make ugly centuries for his team he will not mind one bit.

Australia had Kohli at the crease by the eighth over of the first innings when the ball was still shiny and the fast men fresh. That shapes again as their best hope of curbing the best batsman in the world.

What can we expect from the Optus Stadium pitch?

If the two matches played at what will be Australia's newest Test venue are any guide, the batsmen will find it hard going again.

The Perth Stadium curator Brett Sipthorpe, who worked for a decade at Wellington's Basin Reserve,  is tipping a spicy deck which will offer plenty of encouragement to the quicks.

The faster the better for Australia against India, whose batsmen are not used to the bounce on offer on pitches in this country.

At their speeds, Josh Hazlewood, Pat Cummins and Mitchell Starc (if he gets it right) will be a handful for the visitors.