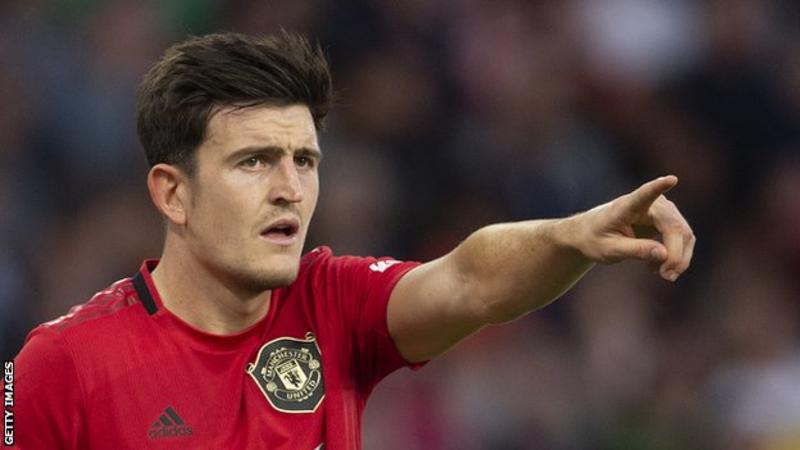 Leicester City boss Brendan Rodgers says he can understand why Harry Maguire left the club to join Manchester United in the summer.

United signed Maguire for £80m – a world-record fee for a defender.

The former Liverpool boss said his former club and United have a unique appeal to a lot of players.

“They [Liverpool and United] are the two biggest clubs in the country. There are other great and big clubs but those two are above everyone else,” he said.

“When players get the opportunity to go to one of those clubs and to experience that type of pressure and expectation – and of course there will be a financial side to it as well, where you can go and double your salary – then that package, in a short career and at Harry’s age, is perhaps too hard to turn down.

Despite Maguire’s exit, Rodgers has guided the Foxes to third in the Premier League after an unbeaten start to the campaign and he believes they can begin to challenge the big clubs’ dominance.

“I’ve been fortunate enough having been at Liverpool, and I understand the draw that type of club has,” Rodgers continued.

“What we are building here at Leicester is exciting, with the new training ground and how we are trying to progress on the field, but for lots of players that draw is still there and I understand it.”

Leicester travel to Old Trafford to face United in the Premier League on Saturday and Rodgers is aware of the task his side faces despite their better start to the season than their opponents.

Rodgers added: “They [United] may not have achieved what they would have liked over the past few years but it is still a very tough place to go and I am aware that Leicester have not won at Old Trafford in 21 years.”