THE 36th Breeders' Cup is almost here and the action returns to Santa Anita in California for the first time since 2016.

It's an absolute puntathon which will be live on Sky Sports Racing on 1-2 November. Our man Jack Keene has picked out three big fancies. 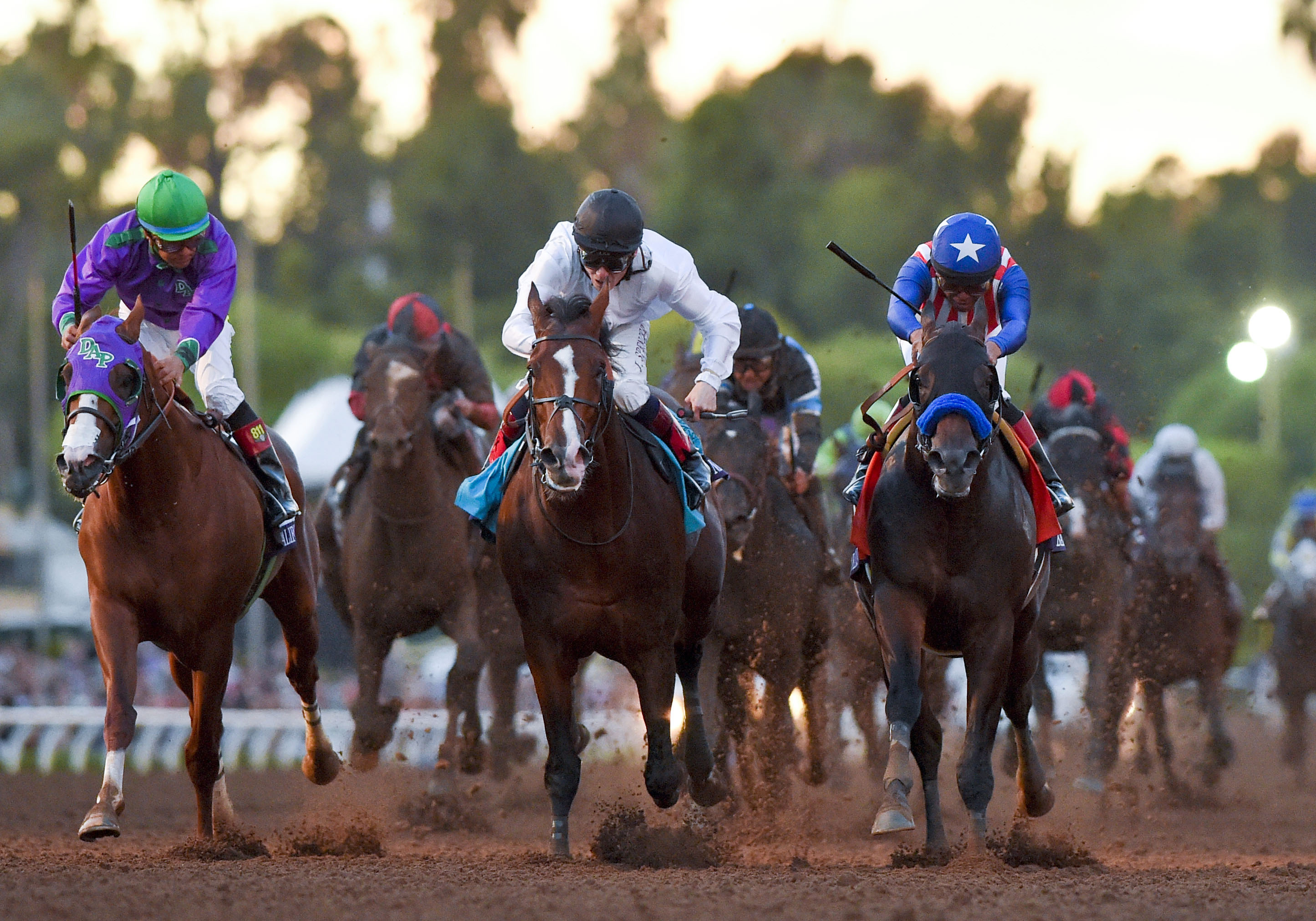 This lad is potentially one of the most exciting horses set to light up Santa Anita on Saturday.

He was the favourite for the Kentucky Derby earlier in the season but suffered a trapped epiglottis and missed much of the campaign.

He made his belated reappearance in the Grade 1 Sprint Championship at this track earlier this month and showed jaw-dropping speed to get up close home for a thrilling win.

That will have put him spot on for this and the return to a mile is in his favour. He will take plenty of beating and looks a superstar in the making.

Trainer Chad Brown is the undisputed king of the Turf in the States, and his mare can hand him an overdue first win in the Mile.

Uni was only third behind the reopposing Got Stormy at Saratoga two starts ago (track record time) but the winner was perfectly positioned throughout and Uni was forced to snatch up off heels at a crucial stage.

She didn't take long to regain the winning thread, bouncing back in spectacular fashion with a stunning come-from-behind victory in the Grade 1 First Lady Stakes at Keeneland.

The daughter of More Than Ready has push-button speed and will get the fast ground she craves. She is an each-way bet to nothing at 6-1 with Hills.

Charlie Appleby's four-year-old is my main fancy at the meeting.

His record over 1m4f on flat, conventional (so excluding a flop at Epsom when he failed to handle the course), left-handed tracks reads 1111, including top-level victories at Meydan and Woodbine.

This has been the target since his routine victory in the Grade 1 Northern Dancer in September, and this battle-hardened globetrotter looks the ideal type for this sort of test.

The favourite Bricks And Mortar is going into unknown territory at the 1m4f trip while Anthony Van Dyck has something of a point to prove, despite a more encouraging effort in the Irish Champion last time out.

Old Persian gets his ideal conditions and is a fantastic bet at 9-2.