THE Breeders' Cup kicks off with Future Champions Friday, as some of the world's best two-year-old's go head-to-head.

There is plenty of British and Irish interest throughout the two-day meeting, which is live on Sky Sports Racing. We take an in-depth look at the five Breeders' Cup races on day one. 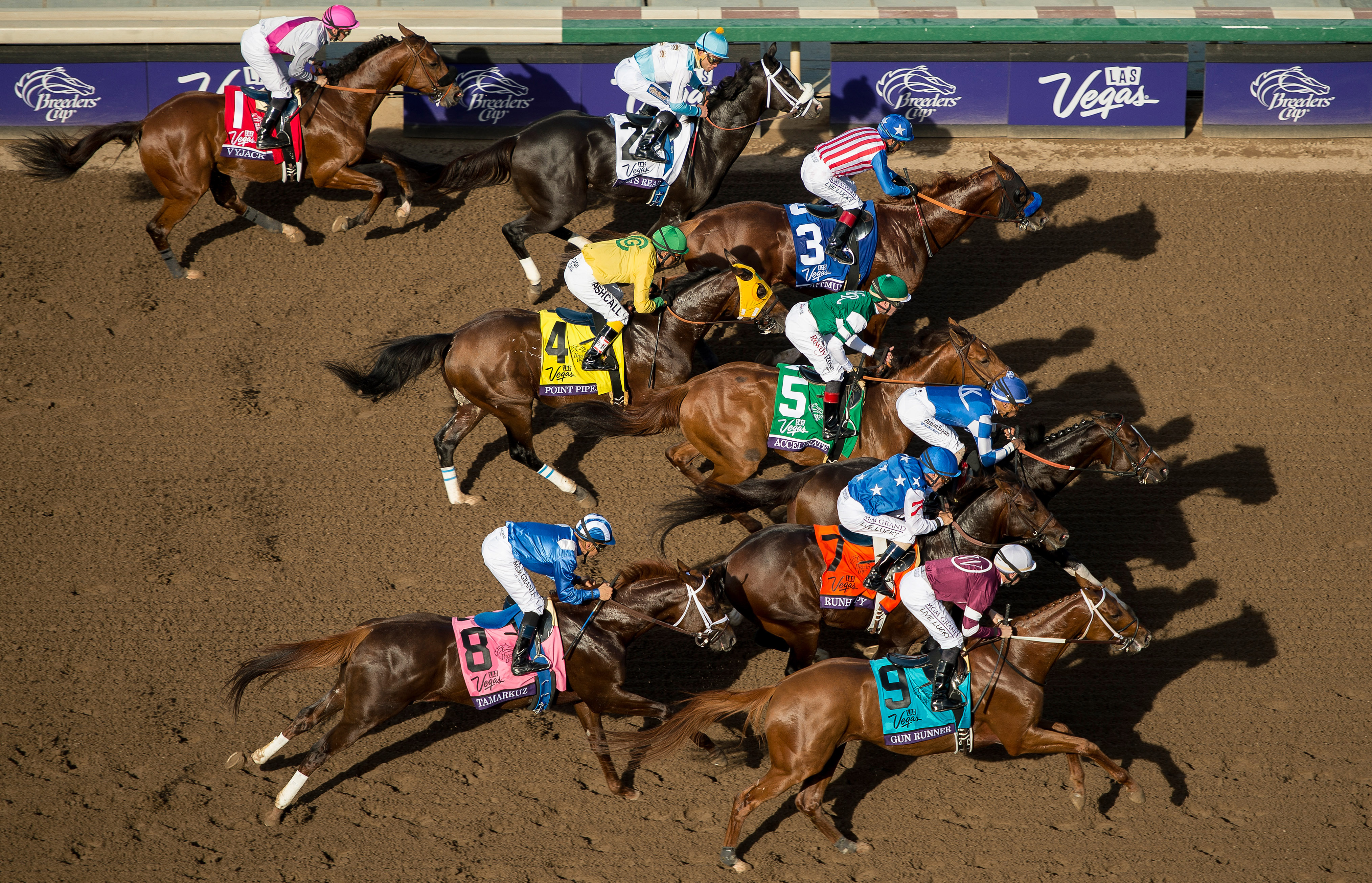 T&Cs: New customer offer. Place a min 5 bet (or 2.5 e/w), at minimum odds of 1/5 (1.2) on the 'Win or E/W' market in the 17:02 Breeders' Cup (Keeneland), Saturday, November 7th. After the qualifying bet has been settled, you'll get a £5 free bet for each remaining Breeders' Cup race + 10 Sports Free Bet. Deposits using Credit/Debit cards or Apple Pay only. Free bets are only valid for the specified race and are awarded when the qualifying bet has been settled. Free bet stakes not returned with winnings. T&Cs apply. 18+ Begambleaware.org

Here's the conundrum – do you back the best horse in the race from the worst draw and hope his talent sees him through, or do you try and find some value against him?

Golden Pal is the outstanding candidate in the field, and Wesley Ward has suggested that he might just be the best he has trained (that's quite a statement).

He probably should have won the Norfolk at Royal Ascot, when he was narrowly beaten by The Lir Jet, but he made a successful return to the States with an easy win at Saratoga in September.

But his starting position in stall 14 is a worry. He will no doubt be electric out of the gates, like all of Ward's juveniles, but there are some sharp horses on his inside and he could get caught deep on the track.

An each-way play could be the best route into this, and first-time blinkers can eke a big run out of MOMOS.

He was third behind hot Breeders' Cup Juvenile favourite Jackie's Warrior two starts ago and was only run down close home by Second Of July at Belmont last time.

This slightly shorter trip and the application of headgear should see him bang there at the finish under Manny Franco.

He's preferred at decent odds to Bodenheimer and After Five, but neither are completely out of this.

The British and Irish challengers are headed by Ubettabelieveit, but European horses have a poor record in this race as they often get caught out by the natural gate-speed of the home horses.

Here's a race in which the Europeans should get some joy.

Aidan O'Brien has won this four times, most recently in 2017 with Mendelssohn, and he has the favourite this year with Battleground.

The colt has the pedigree to win at this meeting, with his mum Found bagging the Breeders' Cup Turf at this track back in 2015.

He has been off since winning the Vintage Stakes at Glorious Goodwood, and while he is clearly a smart horse his form hasn't really worked out.

The Ralph Beckett-trained NEW MANDATE looks tailor-made for this race and he can get the job done under Frankie Dettori.

He has made giant strides this year and was a hugely impressive winner of the Royal Lodge at Newmarket back in September.

He is a strong traveller with a turn of foot and he should relish this sharp, two-turn mile.

Jessie Harrington's Cadillac is much better than he showed in the Dewhurst and it wouldn't be the least bit surprising were he to bounce back with a big run.

Sealiway bolted up in the Lagardere on heavy ground on Arc weekend and is a top prospect, but it remains to be seen how he'll handle this firmer track.

Mutasaabeq is the shortest odds of the US-trained runners after his cosy win at this track last month, but Gretzky The Great may pose a bigger threat. He has done nothing but improve this season and bolted up at Woodbine 47 days ago.

Princess Noor is the horse on everyone's lips coming into this race and she is definitely the one with the 'sexy' profile.

She's been visibly impressive, but Bob Baffert's filly has been beating up inferiors in California and has yet to clock a truly elite time in three starts.

DAYOUTOFTHEOFFICE, on the other hand, has left US form experts drooling with her performances at Gulfstream, Saratoga and Belmont.

She was particularly impressive when upped to a mile in the Grade 1 Frizette Stakes last time out, comfortably beating the re-opposing Vequist, and she looks the bet in a red-hot renewal of this race.

The former bolted up in the trial for this race at Keeneland in early October and she commands serious respect. Girl Daddy has a little bit more to find but she is clearly a bright prospect.

AUNT PEARL is a very exciting prospect and she should be hard to beat here.

She bolted up on debut at Churchill Downs and took the step up into Grade 2 company in her stride with an easy gate-to-wire win around this track a month ago, beating Spanish Loveaffair convincingly.

She was sharp out of the traps, set solid fractions on the front end and galloped away from a smart field with the minimum of fuss. She can make it 3-3.

You will be familiar with Wesley Ward's Campanelle, who won the Queen Mary at Royal Ascot back in June before a gutsy success in the Prix Morny.

She brings a high-class level of form to the table but the step up to a mile doesn't look an obvious move.

Plum Ali is yet another who is defending an unbeaten record. She came from off the speed to win at Belmont last time, but there looked to be a pace collapse there and she may have been a touch flattered.

Irish raider Miss Amulet has been strong at the finish in both the Lowther and Middle Park and she will appreciate this longer trip. She holds solid each-way claims.

Similar comments apply to Fillies' Mile third Mother Earth, but she's perhaps a notch below the class required to win this.

At longer odds, keep an eye on the well-bred Editor At Large, who wasn't seen to best effect behind Plum Ali last time.

Keep it simple in the Juvenile and back JACKIE'S WARRIOR.

He has been the dominant two-year-old in the States this year and has been in a different league in a pair of Grade 1s at Saratoga and Belmont the last twice.

His Hall of Fame trainer Steve Asmussen holds him in the highest regard and he has the potential to light up Keeneland on Friday. He tackles two turns for the first time but that shouldn't be a problem.

He has already put the talented Reinvestment Risk in his place twice this season, so the main threat will likely come from Essential Quality.

Brad Cox's colt really stretched out in fine style when landing the Futurity at this track in early October.

He needs to step up again to trouble the selection, but he's only had two starts so is open to plenty of improvement.

Sittin On Go and Likeable are lively longshots.