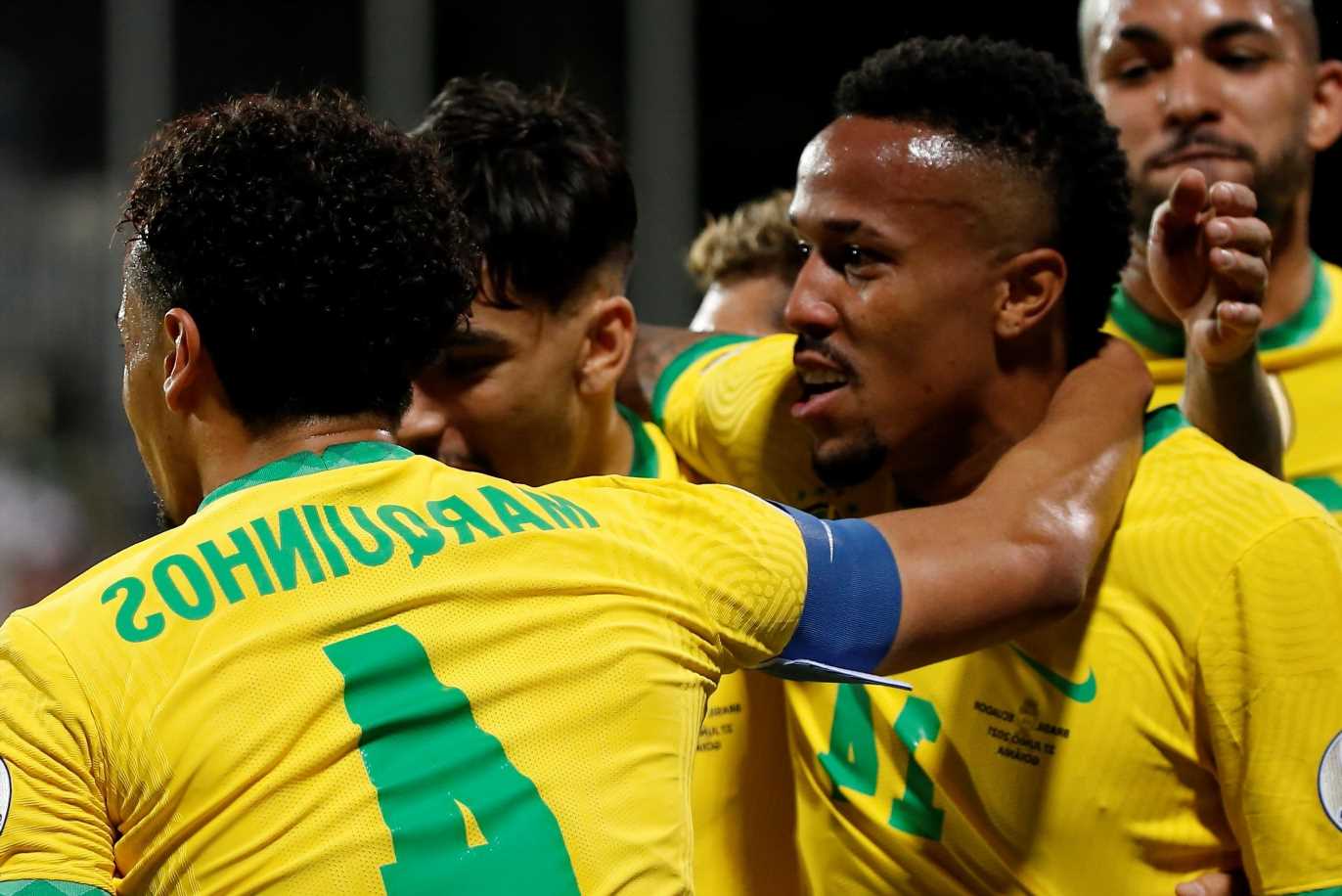 BRAZIL’S ten-game winning run came to an end after plucky Ecuador earned a draw in the final Copa America group game in Goiania.

Coach Tite made ten changes from the midweek win over Colombia as Neymar, Casemiro, Thiago Silva and Richarlison were rested. 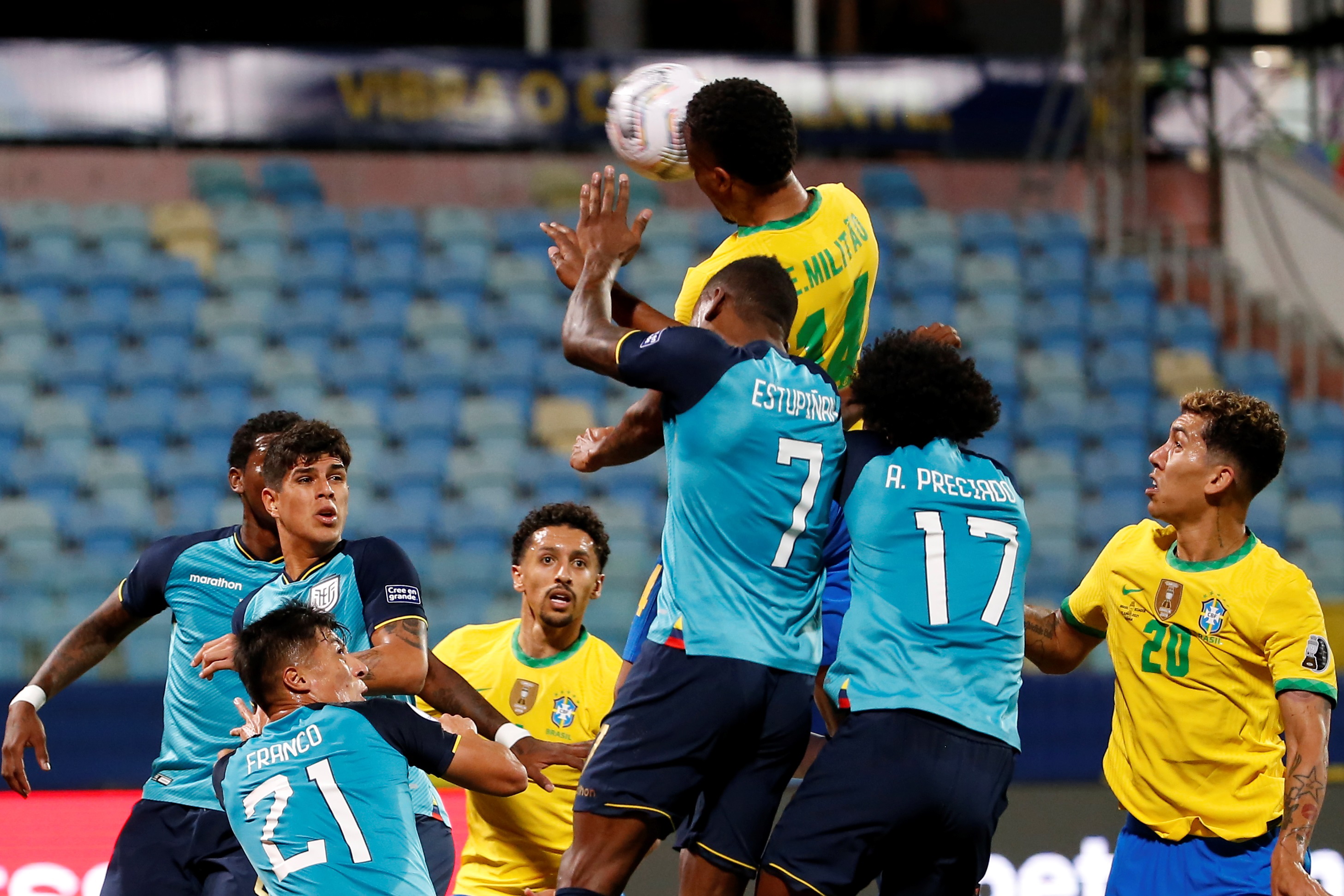 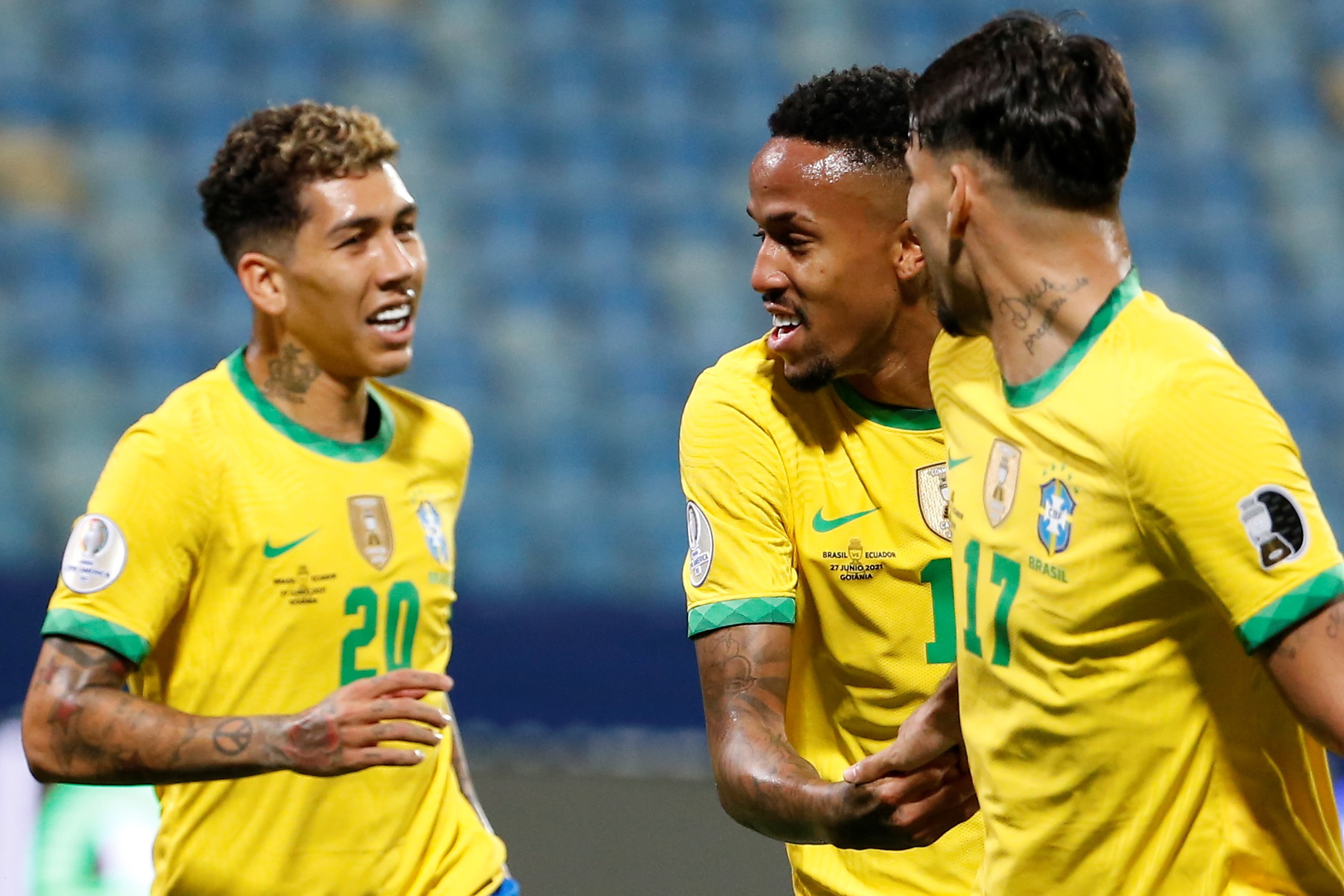 The reigning champions had already booked their spot in the next round as group winners, while their opponents had to better Venezuela’s score to remain in the competition.

And it was nearly the perfect start for Selecao as Renan Lodi broke clear down the left and looked to be bundled over inside the box within the opening minute. The referee and VAR disagreed.

Brighton’s Moises Caicedo was then stretchered off on 17 minutes with a knee injury in a blow to Ecuador, with Angel Mena coming on.

Then almost goal of the tournament from Ecuador skipper Enner Valencia.

He spotted Alisson off his line and sent a shot from the halfway line goalwards and with the Liverpool keeper losing his footing as he retreated to his line, he was glad to see it land on the roof of his net.

Brazil then had big chances through Gabi with a 1v1 attempt which Galindez rushed off his line to prevent before Lucas Paqueta sent a shot inches wide from the edge of the area.

But they did break the deadlock on 37 minutes when Everton’s free-kick from wide on the right was met by the towering Eder Militao who powered a header back where it came from and into the top corner – the Real Madrid defender's first goal for Brazil.

Ecuador came out the traps quickest in the second half and Angelo Preciado had a shot deflected wide, as did Valencia who went close with an effort shortly after.

But they were rewarded for their pressure just eight minutes into the half.

An initial Ecuadorian corner was headed clear by the Brazil defence but it was helped back into the box by three consecutive Ecuador headers.

The final one by Valencia helped the ball into the box and into the path of substitute Mena and he couldn’t miss as he smashed beyond Alisson from six yards.

Tite made changes late in the game and Vinicius Jr nearly had his first Brazil goal but he couldn’t stretch enough to finish off a clever move and great Lucas Paqueta cross, knocking it wide.

Enner Valencia was then the second Ecuador player to be stretchered off as he felt his calf with ten minutes to go.

Then in the final few minutes, Richarlison had a big claim for a penalty as Pervis Estupinan bundled into him inside the area.

Again, the referee and VAR were untroubled.

The draw, alongside Venezuela’s defeat to Peru, means Ecuador join Brazil in the final eight, with Neymar and Co still warm favourites to lift the trophy once again. 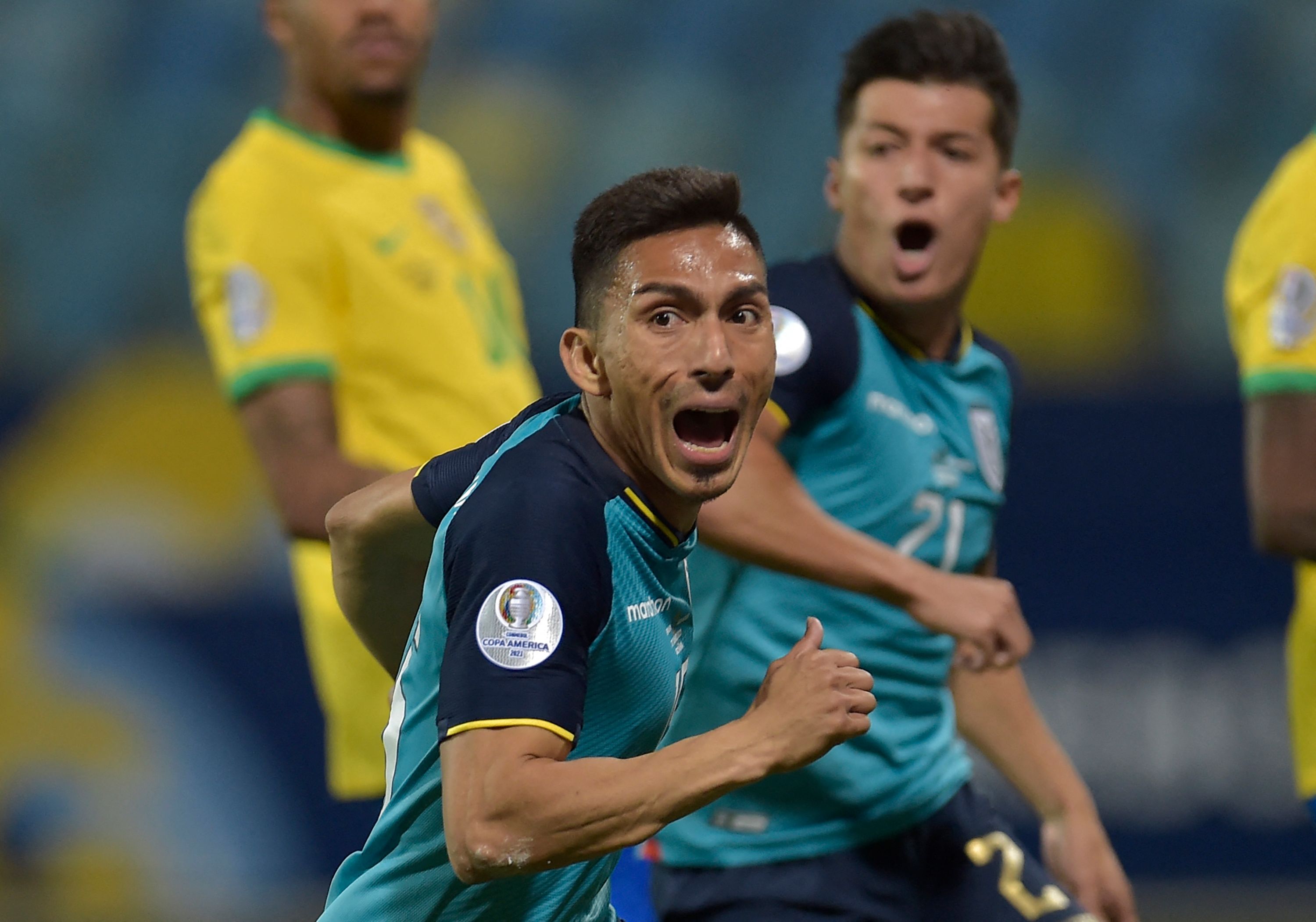 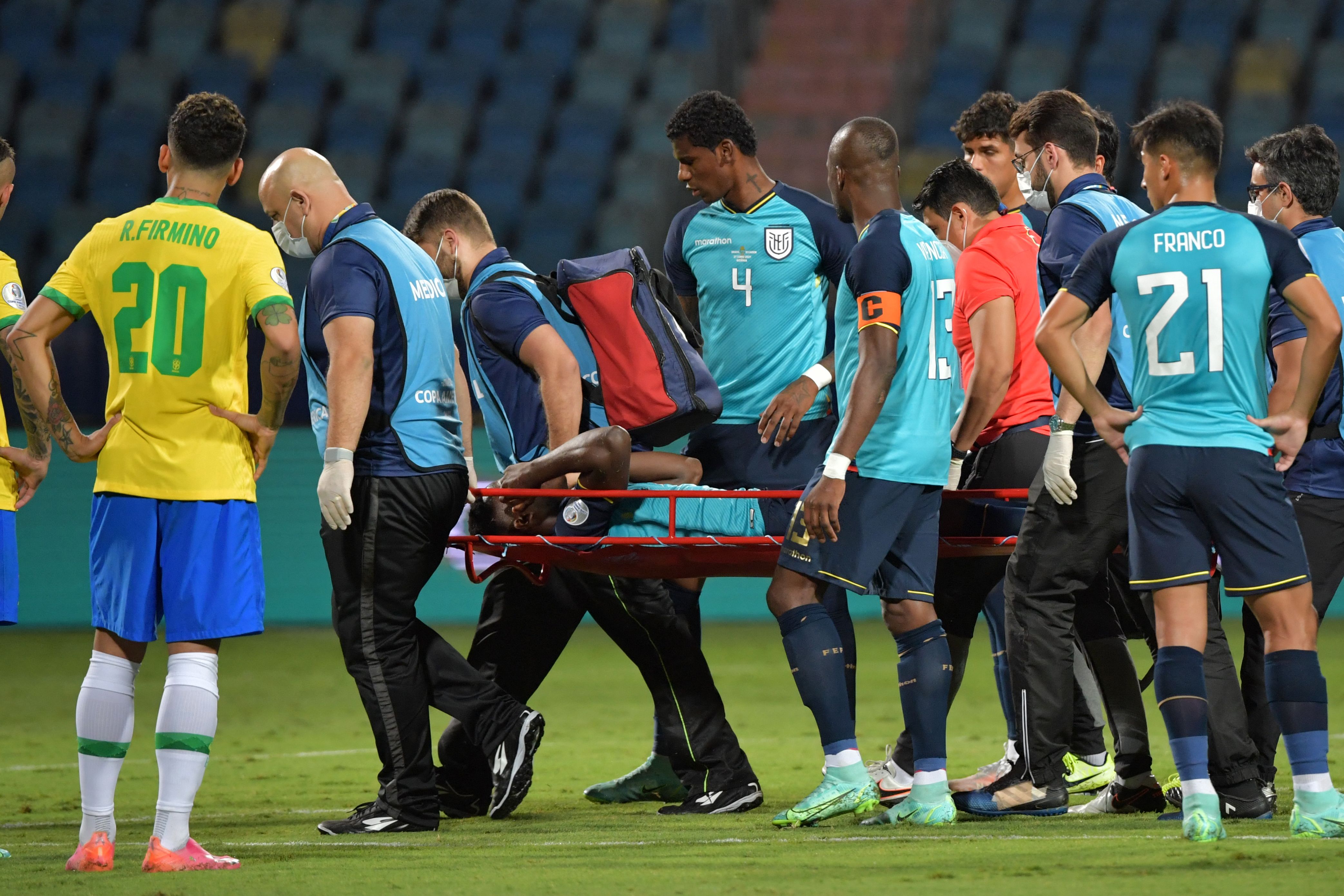 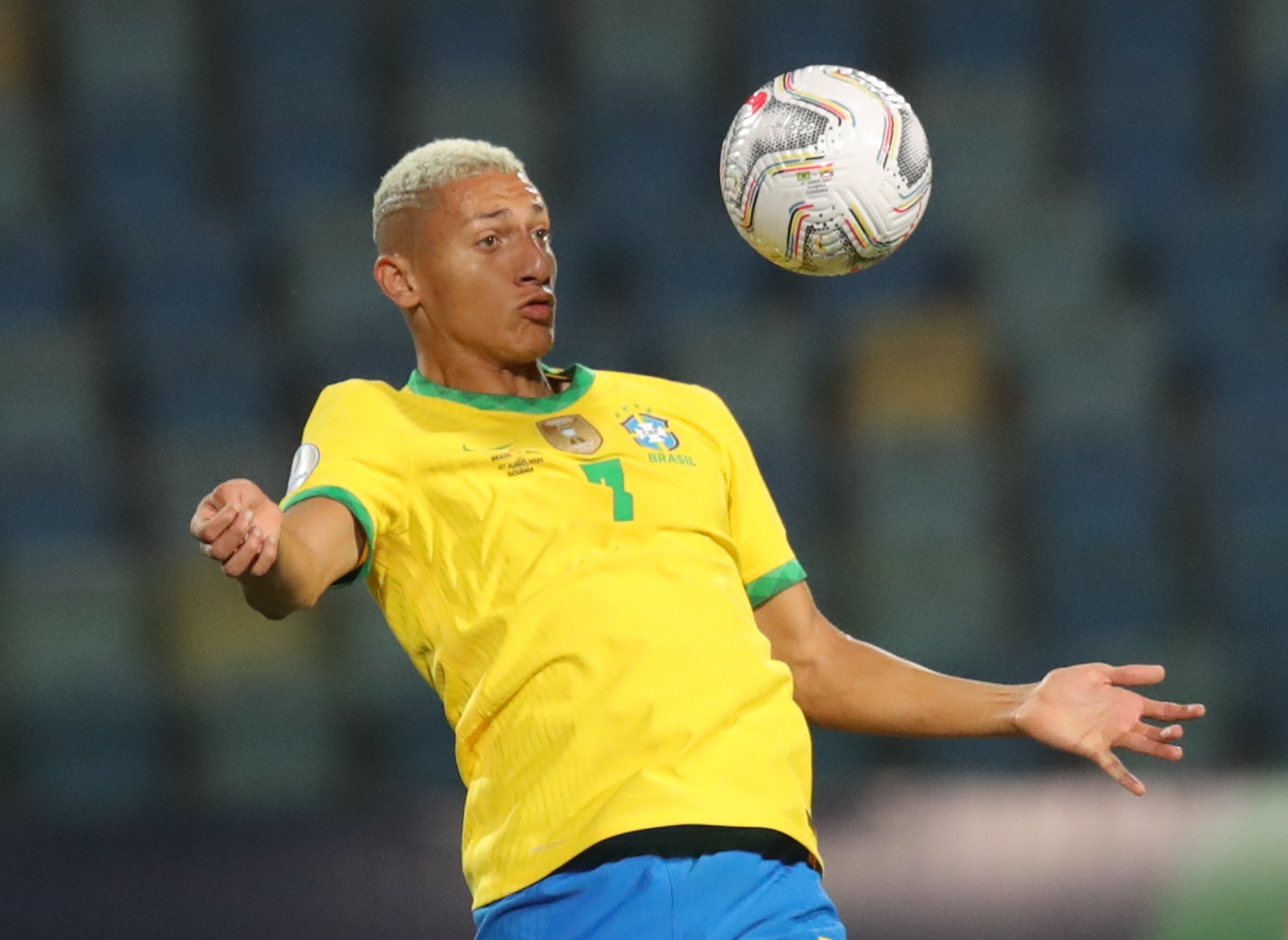