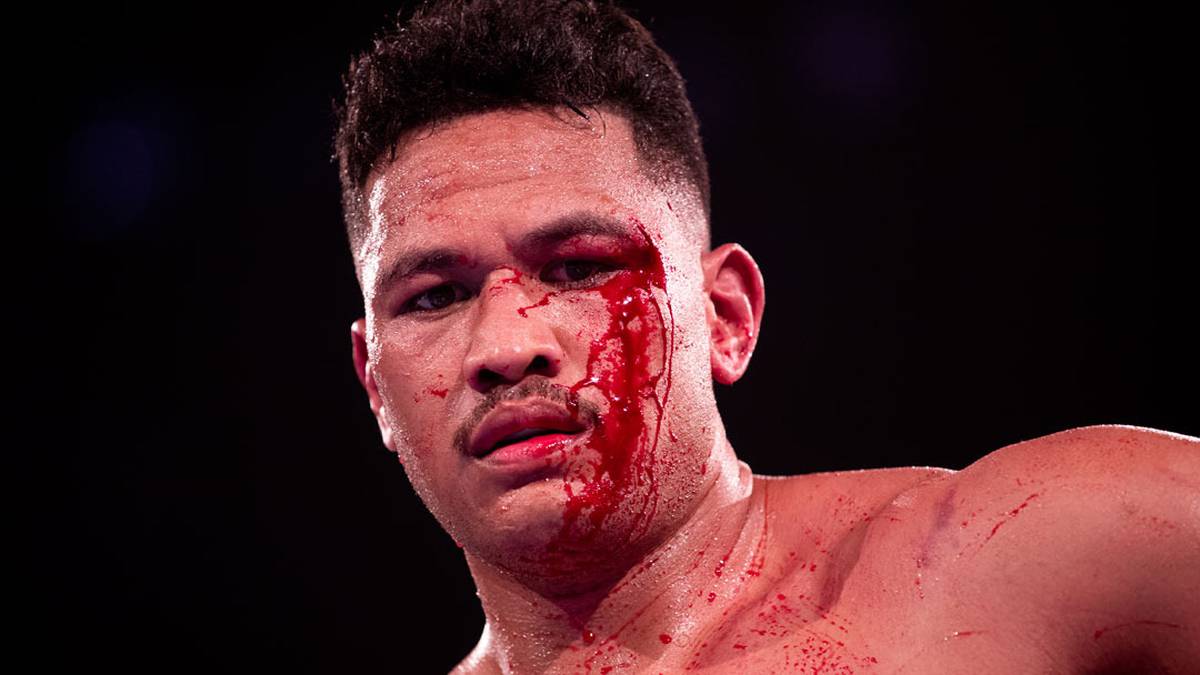 On a night he announced his presence to the global heavyweight scene by standing toe-to-toe with Joseph Parker, Junior Fa’s manager has revealed the staggering blood loss he suffered leading into the biggest fight of his career.

While troubling a frustrated Parker on a number of fronts, Fa had mixed emotions following his unanimous decision loss, the first of his 20-fight pro career, after the judges scored 117-111, 115-113 and a baffling 119-109 against him.

“Should’ve, would’ve, could’ve. I accept it, I move on, I have made myself known to the world. I exposed Joseph,” Fa said, attributing the defeat to Parker outworking him in the numerous clinches that blighted the contest.

“I know when he was progressing in the pro career people were putting him up there. Deep down, I always know I’ve got his number but he played it better.”

Fa is adamant he would love to rematch Parker anytime, anywhere, but believes the former WBO champion now wants no part of another domestic dual. Given the stagnant nature of the spectacle, whether anyone would want to see a rematch is another question entirely.

“I think they will avoid me at all costs. I exposed a lot of his weaknesses. I showed my level. I’m keen to fight him anytime but we’ll let things go with the path they choose. I’m keen to go again and give him another boxing lesson.”

Two months ago the Parker-Fa showdown was postponed due to an undisclosed health issue that required Fa, the 6-1 underdog, to undergo immediate surgery.

Prior to the fight, the Fa camp refused to detail the exact injury for fear of undermining the promotion, but it’s understood the issue stemmed from serious haemorrhaging.

At the post-fight press conference Fa’s manger, Mark Keddell, revealed the scale of the 31-year-old’s recovery after he lost seven litres of blood in that December incident.

“We’re really proud of him for what he’s achieved from literally losing half his blood from when he had that injury. It was a catastrophic blood loss,” Keddell said.

“We qualified to put blood transfusions in him because his blood was so low. To be able to get his haemoglobin levels back up from 88 to 150 in this amount of weeks is unbelievable.

“We’re proud of the journey and adversity he’s overcome.”

After such a procedure Fa’s team focused on improving his mental strength and strategy during their eight-week training camp.

“We knew we wouldn’t have the red blood cells which carry oxygen to be able to outwork but we put a team around him,” Keddell said.

Fa attempted to brush off any lingering affects his illness had – instead highlighting elements he significantly improve such as his composure after walking to the ring to Bobby McFerrin’s ‘Don’t worry be happy’ song, his autistic son’s favourite tune.

“There’s no point worrying about stuff you can’t change. It happened, I felt better, I’ve worked on things that will help me in different way. Things were as good as they can be so I worked on my mental approach a lot,” Fa said.

“Watch the walk in again you’ll see me happy. That’s a different me compared to the other fights I’ve had when I would go in there very tense and nervous. This time I felt great. People were talking about pressure going into the ring – I didn’t look pressured.”

Where to next is a difficult prospect for the now 19-1 Fa.

This performance proved his ability to challenge elite heavyweights, and his heart after overcoming a nasty ninth round cut above his right eye, but stylistically Fa’s appeal may be limited.

Fa’s slick movement for a big man makes him difficult to pin down and while he tagged Parker with several big right hands, his 50 per cent knockout percentage is also a tough sell.

“I’ve always been confident in my boxing ability. I’m not sure what it’s done for his confidence – I think it might have brought his team down a bit. I exposed him quite a lot. I showed world boxing is really here – we are really good at boxing.

“I showed a bit of talent for the guys who aren’t seen.”

“That is Junior’s first opportunity to fight someone who held a world title not so long ago and to see where he is at against a guy of that calibre who represents the pinnacle of where we need to be skill wise,” Bareman said.

“There were moments in that fight where Junior held his own and was awesome but he didn’t do enough. He can improve on that. It’s definitely a loss but you can take some positives out of that.”