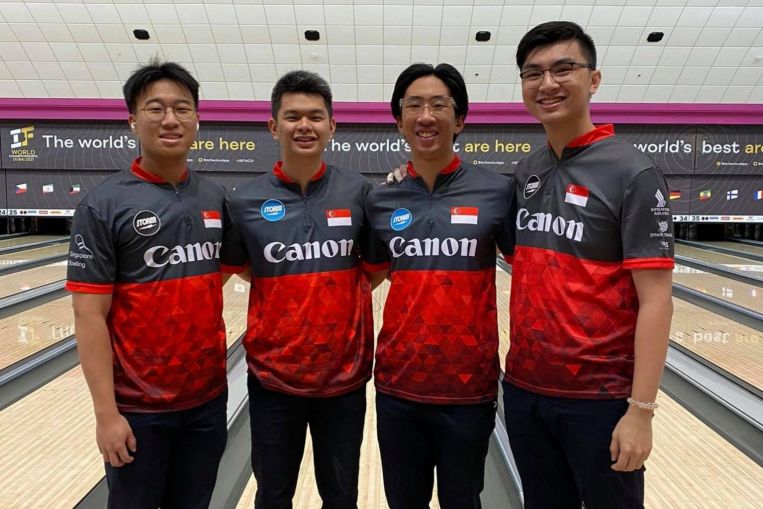 SINGAPORE – Singapore have secured at least a bronze in the men’s team event at the International Bowling Federation Super World Championships after a 257-215 victory over the United Arab Emirates on Monday (Nov 15).

The Republic’s team of Cheah Ray Han, Jonovan Neo, Darren Ong and Jomond Chia will face the Philippines in the semi-finals at Sports, Fitness and Wellbeing Hub in Expo 2020 Dubai later on Monday.

But compatriots Shayna Ng, Cherie Tan, New Hui Fen and Iliya Syamim’s run in the women’s team event ended in the matchplay round on Monday as they finished third in their group.

Norway and the Philippines clinched the top two spots in the group to advance to the quarter-finals.

Ng, Tan, Ong and Cheah will also be competing in the mixed team event on Monday after booking their spot in the semi-finals with a 238-200 victory over Malaysia in the quarter-finals on Sunday.

They will be playing Sweden for a place in the final.