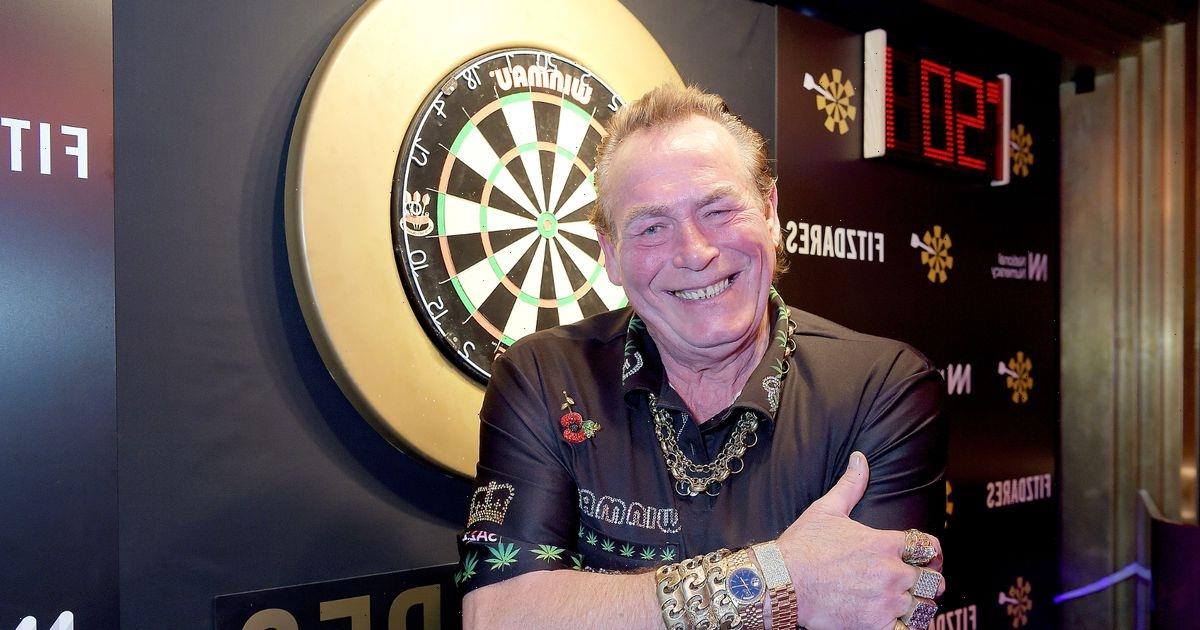 Bobby George claimed 'you can't eat trophies' when giving his hilarious reason for never appearing in the PDC of darts.

'The King of Bling' was one of the first superstars in darts and instantly became one of the sport's most recognisable figures after his success in the 1970's and 1980's.

George reached two BDO world finals, but was better remembered as a charismatic figure who captured the mainstream audience.

The flamboyant 76-year-old would stroll onto the stage sporting gold jewellery and a crown while holding a candelabra, soundtracked to Queen's famous 'We Are The Champions'.

He was a huge fan favourite – but never played in a PDC event – and has since revealed he was never officially offered to compete on the tour after the breakaway from the BDO in 1992.

However, George also told the story of when he was approached by darts legend Phil Taylor and the 16-time world champion's father to sign a contract.

George had numerous jobs before taking up darts, including as a nightclub bouncer, window cleaner and floor layer before he shot to sporting stardom.

But he honed his craft in boozers and sticked with the brewery business because of its financial benefits after the request from 'The Power'.

"I didn't play PDC because no one asked me," George said at a recent exhibition. "There was Phil Taylor and his dad there and he came round with a bit of scroll paper to sign it.

"I said 'what's that?' He said we're starting a union so we'd have more television tournaments.

"It didn't bother me that as I was doing work for the breweries and earning good money.

"I didn't chase trophies, you can't eat trophies can you. You can't go into a restaurant and say I just want to order a trophy, give us a bill. They'd tell you to f*** off wouldn't they so I went the money side."