AS World Cup hero Ben Stokes surveyed the pandemonium around him on the hallowed turf of Lord’s, tears of redemption came flooding out.

His man-of-the-match performance against New Zealand during the greatest cricket match of all time meant Ben’s legacy would be on-field glory — rather than the ugly street brawl that had threatened to destroy his career. 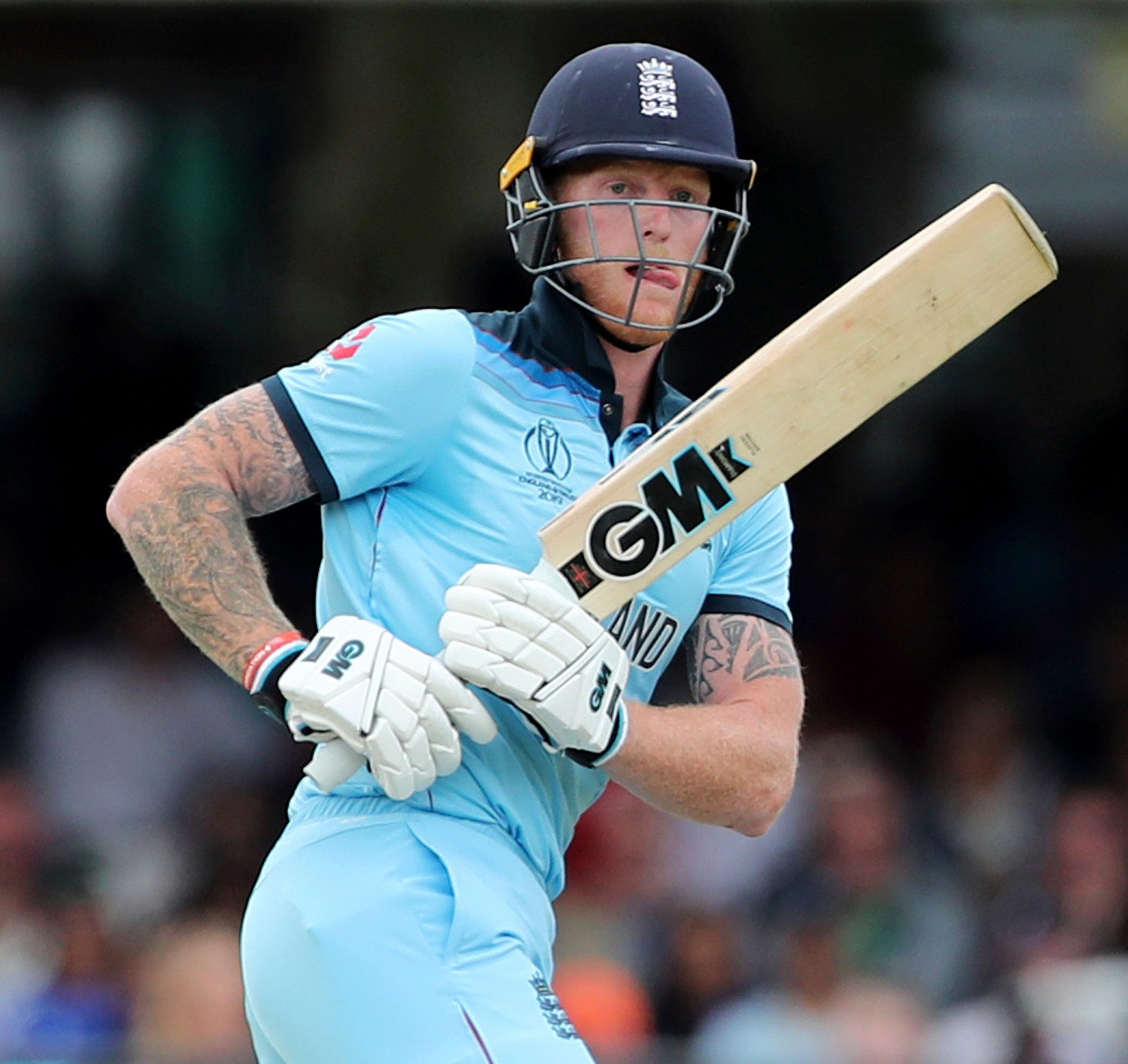 Less than a year ago, the tattooed all-rounder was preparing to appear in the dock on an affray charge.

Those hands that had so deftly struck shots to all corners of the ground on Sunday were also once used to batter two men in a booze-fuelled street fight.

Now, with his swashbuckling unbeaten 84 and Super Over heroics, Ben has gone from facing possible jail to British sporting immortality.

His take on life is etched on his skin in ink — on his right forearm is a phoenix rising from the ashes.

The dad-of-two said: “Obviously, the symbolism with the phoenix is that if it gets put down, it gets back up and comes back stronger.”

Another inscription on the other arm reads: “Being the best you can be is only possible if you desire to be a champion and your fear of failure is non-existent.”

The body art also pays homage to his heritage. There is the silver fern symbol of New Zealand on his left bicep and his back is covered in a pride of lions.

For Ben, who turned 28 last month, was born in Christchurch. Not the one in Dorset, but on New Zealand’s South Island. And he has Maori blood on both sides of the family.

He moved to Britain aged 12 when his dad Gerard, known as Ged, arrived to be a rugby league coach.

Mum Deborah, a counsellor to victims of violent crime whose job frequently took her away from home, is credited with passing on her cricketing prowess to Ben.

Ged said: “Deb was a very good cricketer, I was OK. She was still playing right up to carrying Ben and I’m sure that’s why he came out as an all-rounder, as she was as well.”

Stokes senior first came to these shores to play for Workington Town in 1982, having badly dislocated his middle finger playing his last game in New Zealand.

Ged played the entire rugby season for the Cumbrian club with the two middle fingers on his left hand taped together.

After the last game, the injured finger was amputated at the knuckle. Ben said: “He kept dislocating the same finger so he went to the doctor, who told him it needed surgery.

Cricket and family are my life, I have learned lessons that will stay with me

“But he couldn’t afford not to play, he needed to pay the bills. So he just got it cut off.”

Ben now pays homage to his dad’s self sacrifice by crossing over the middle finger of his left hand as he rests it on his knee in team photos.

Ged returned to Workington 20 years later as club coach, settling in Cockermouth with his family. One of Ben’s early coaches, John Grainger, said: “My first memories of Ben were when he came to the nets at Cockermouth Cricket Club as a 12-year-old.

“He’d stay right until the end, when it was getting very dark, and I’d put the headlights of my car on so he could play a little longer.” His reputation as a hothead was also soon firmly established. At 13 he broke his hand punching a fire door after getting out in a match.

Ben was teased at school for his Kiwi accent and left with just two GCSEs, in PE and design and technology.

He joined Durham’s cricket academy and in 2009 made his debut in the first team aged 18.

Two years later he was picked to play one-day cricket for England. A dual-national, Ben described himself as a “New Zealand Cumbrian North-East Englishman”.

By then he had started seeing primary school teacher Clare Ratcliffe, and he became a dad at 22 to son Leyton. Their daughter, Libby, followed in 2015 and the couple married two years ago.

Ben said: “I was a nappy-changer. Becoming a father was a big difference from how life was before.”

But early fatherhood failed to subdue his fiery temper — or love of a booze-fuelled night out.

In December 2011 he was arrested and cautioned for obstructing police during a night out with a mate in Cockermouth. Ben described the night he spent in a police cell as the worst of his life.

He said: “I woke in the morning and was given my breakfast through the meal flap in the door. It was like a scene from The Shawshank Redemption.”

In February 2013 he was sent home from Australia in disgrace after late-night boozing on a Lions tour for up-and-coming players.

Coach Andy Flower told him: “You don’t want to play for England. You just want to p**s it up the wall with your mates.”

Ben wagged his finger at him, adding: “I’ll prove you wrong.”

At times he seemed to seethe with animalistic rage.

In March 2014 he broke his wrist punching a dressing room locker in frustration at his poor form. Team-mates nicknamed him The Hurt Locker, but Ben later explained: “All the emotions and frustrations just got the better of me. I didn’t feel it for ten minutes, because of the adrenaline. Then I was like, well, I’ll be all right, get some tape, wrap it around it.”

The 6ft and well-muscled 12st player would say back in 2016 that his favourite tipple was Jagerbombs, a mix of Red Bull and the liqueur Jagermeister.

Asked how many he could sink on a night out, he said: “I’ve lost count after 20.”

Little wonder, then, that he would continue falling foul of the cricketing authorities. In January 2015 he was given a verbal warning for staying out after hours following a function on an England Lions tour of South Africa.

Then, in August 2017, he was caught out at 3am in Manchester bar Crazy Pedro’s hours before the second day of the Test match against South Africa.

In September 2017 he happily admitted drinking during five-day Test matches. He told The Times: “Why not? We’re grown men, go out for dinner, have a few pints. I’m 26, not 14. I don’t have to drink Diet Coke with dinner.”

Five days later came the night he could have thrown it all away.

He was out in Bristol with a team-mate after a victory against the West Indies and knocked back at least ten alcoholic drinks.

Then, in the early hours, he got into an argument with two men after he was refused entry to a nightclub. The scene erupted into violence. Ben was alleged to have knocked out both men, one suffering a shattered eye socket.

The cricketer claimed he was acting in self-defence and that he was in fact protecting two gay men from homophobic abuse from the pair. A jury agreed, and in August 2018 cleared him of affray.

But the affair had tarnished the man in a game desperate to attract a family audience and it saw him miss an Ashes series and a string of one-day games for England.

In December last year Ben was suspended for six games by the cricket authorities after pleading guilty to bringing the game into disrepute for becoming involved in the brawl.

He was suspended for two further games for mocking Katie Price’s disabled son Harvey in a Snapchat video. Ben was fined a total of £30,000 and allowed to resume cricket, as his ban had been served from the games he had missed.

On Sunday, Ben was congratulated by wife Clare, 30, with a big kiss after the epic World Cup win. And he revealed he owes her everything. He said: “Clare is like my best friend and she and my family have helped me through the ups and downs. As long as they are there, that’s all that matters.

“I really miss Clare and the children when I’m on tour. Cricket and family are my life. I’ve learned lessons that will stay with me.”

Ben — who relaxes on his Xbox and playing golf with team-mates — was back in the national team, hot favourites for the World Cup.

Yet, amid the atmosphere of Lord’s and with a billion people watching worldwide, it seemed time and again England had thrown it away.

At the crease Ben remained resolute as the mayhem unfurled. It took a man who had been so low to rise so high.

Like the phoenix on his arm, he had come back even stronger. 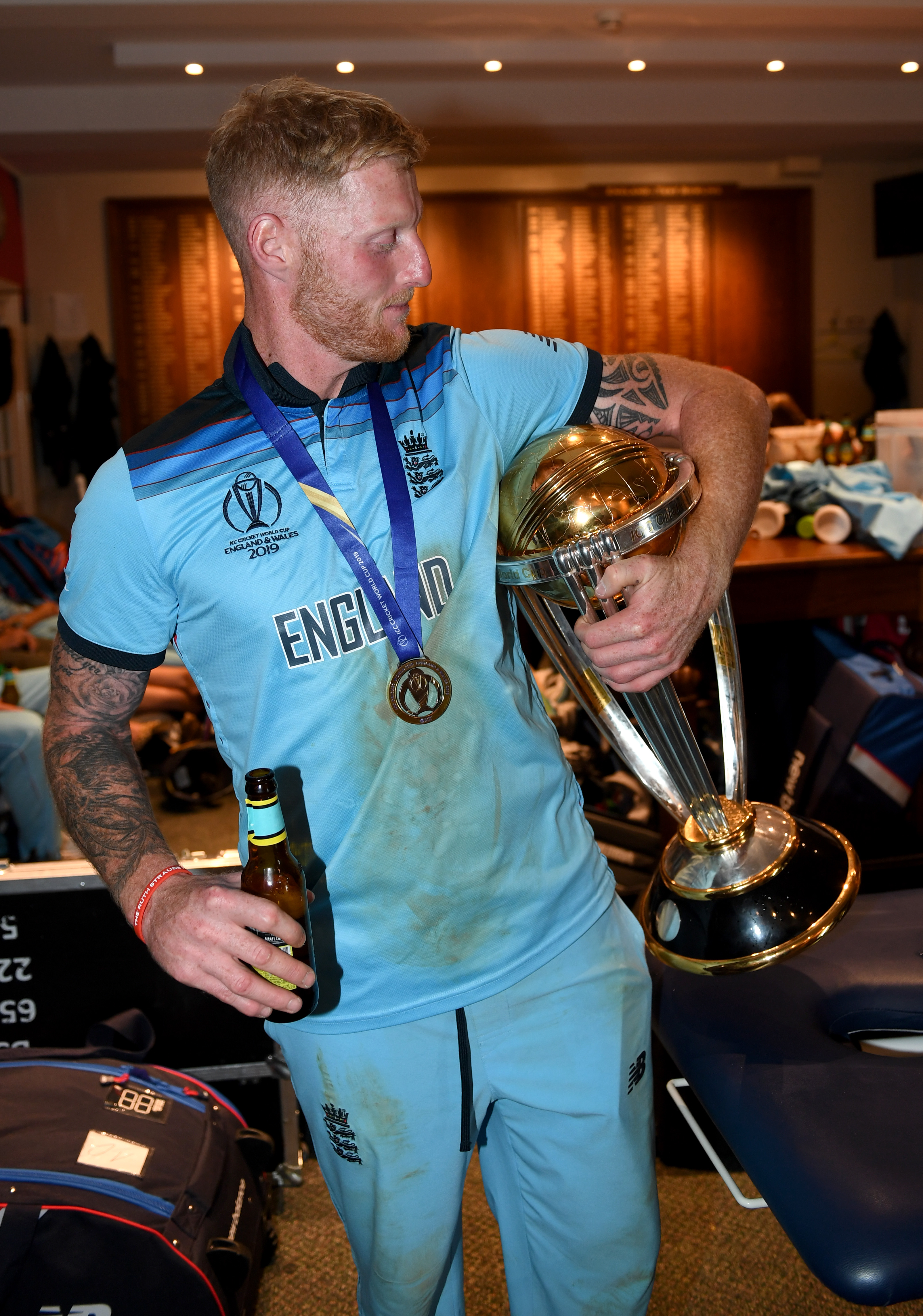 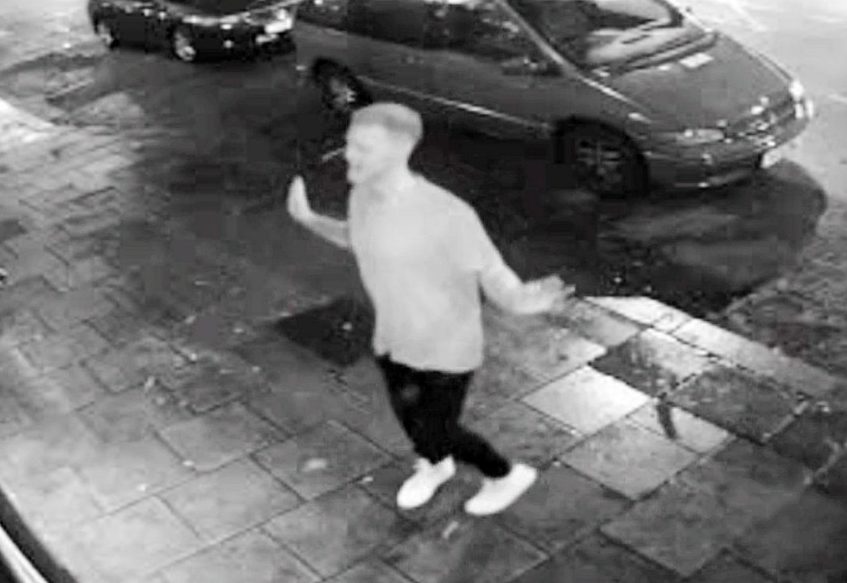 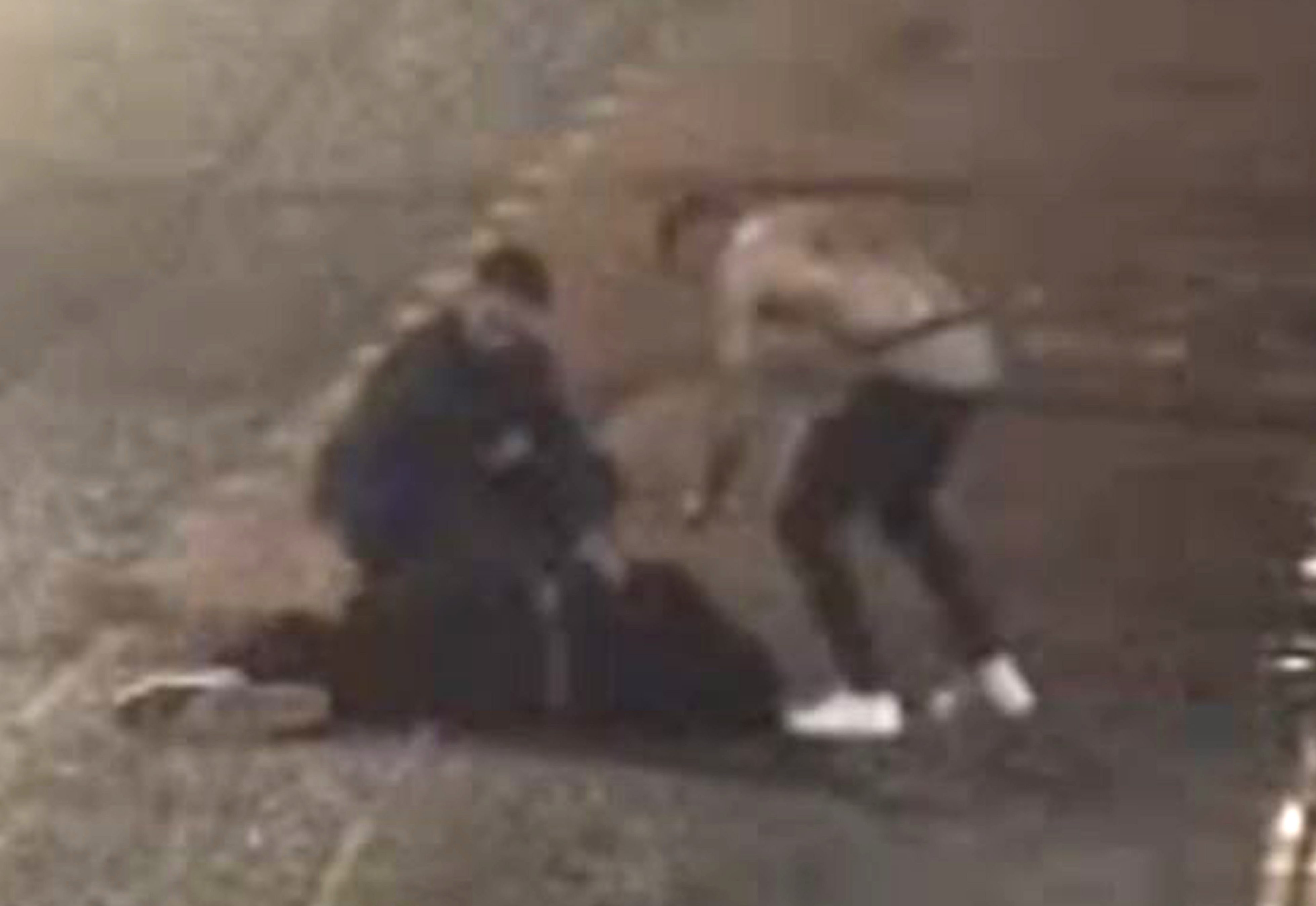 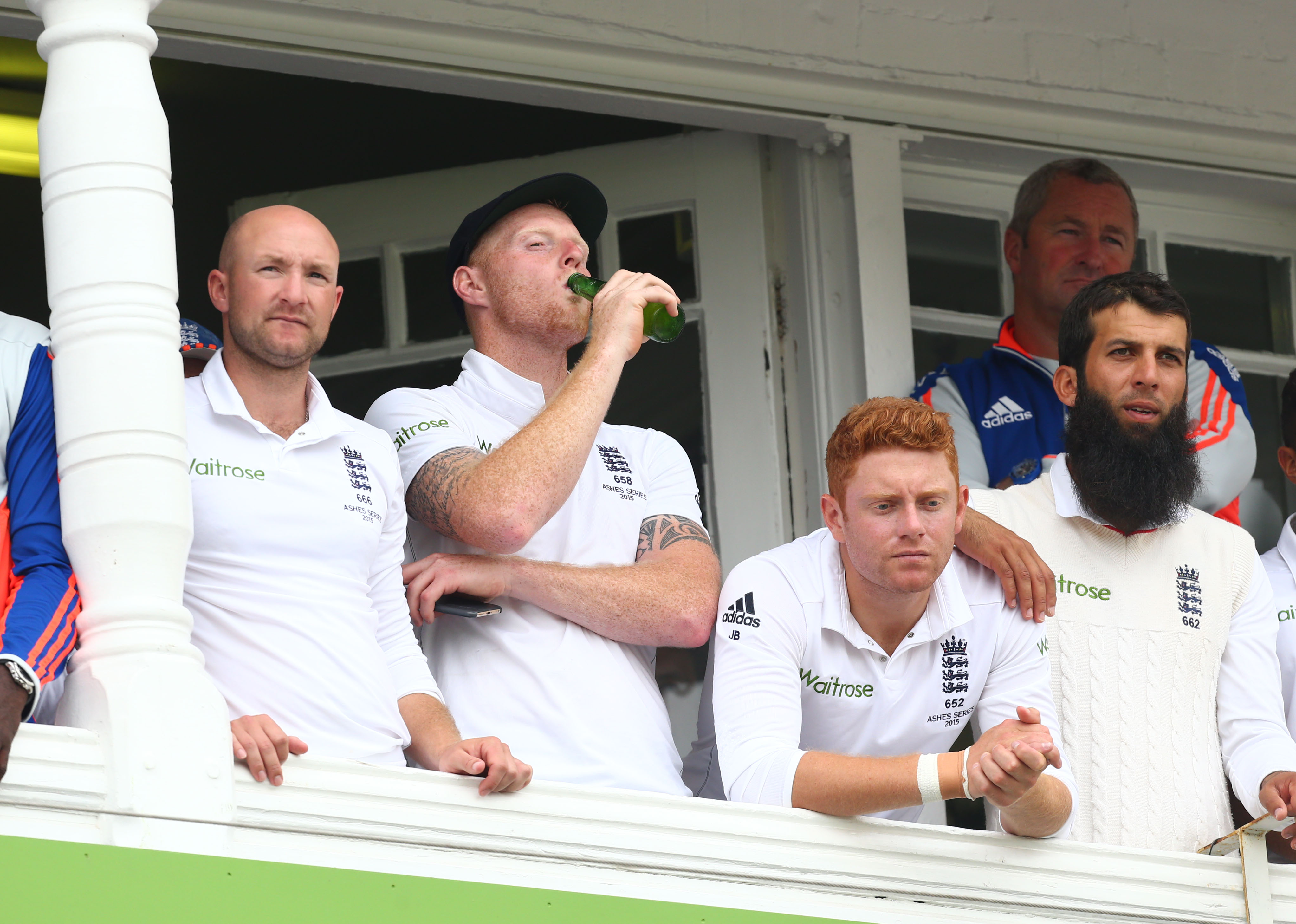 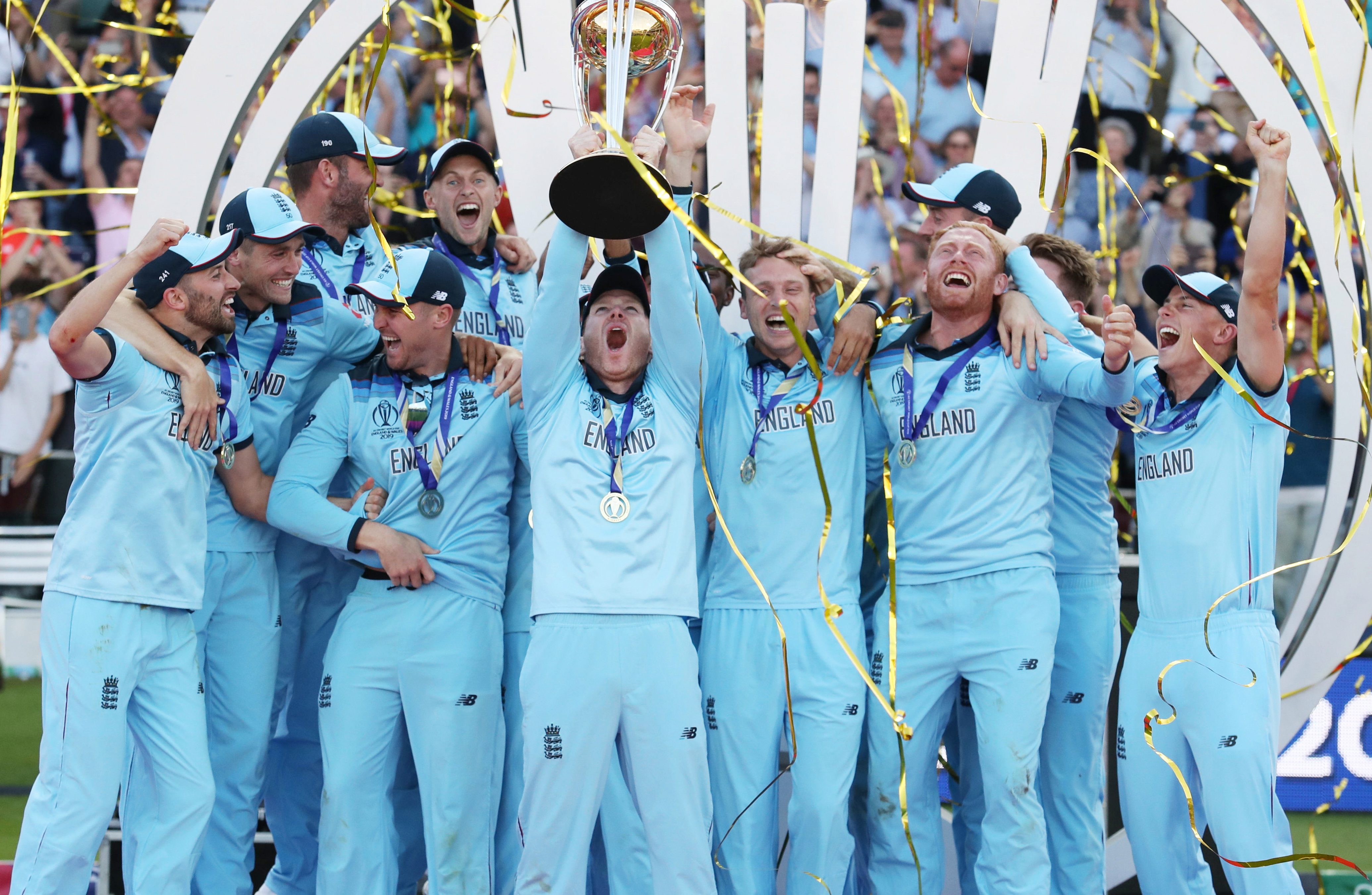 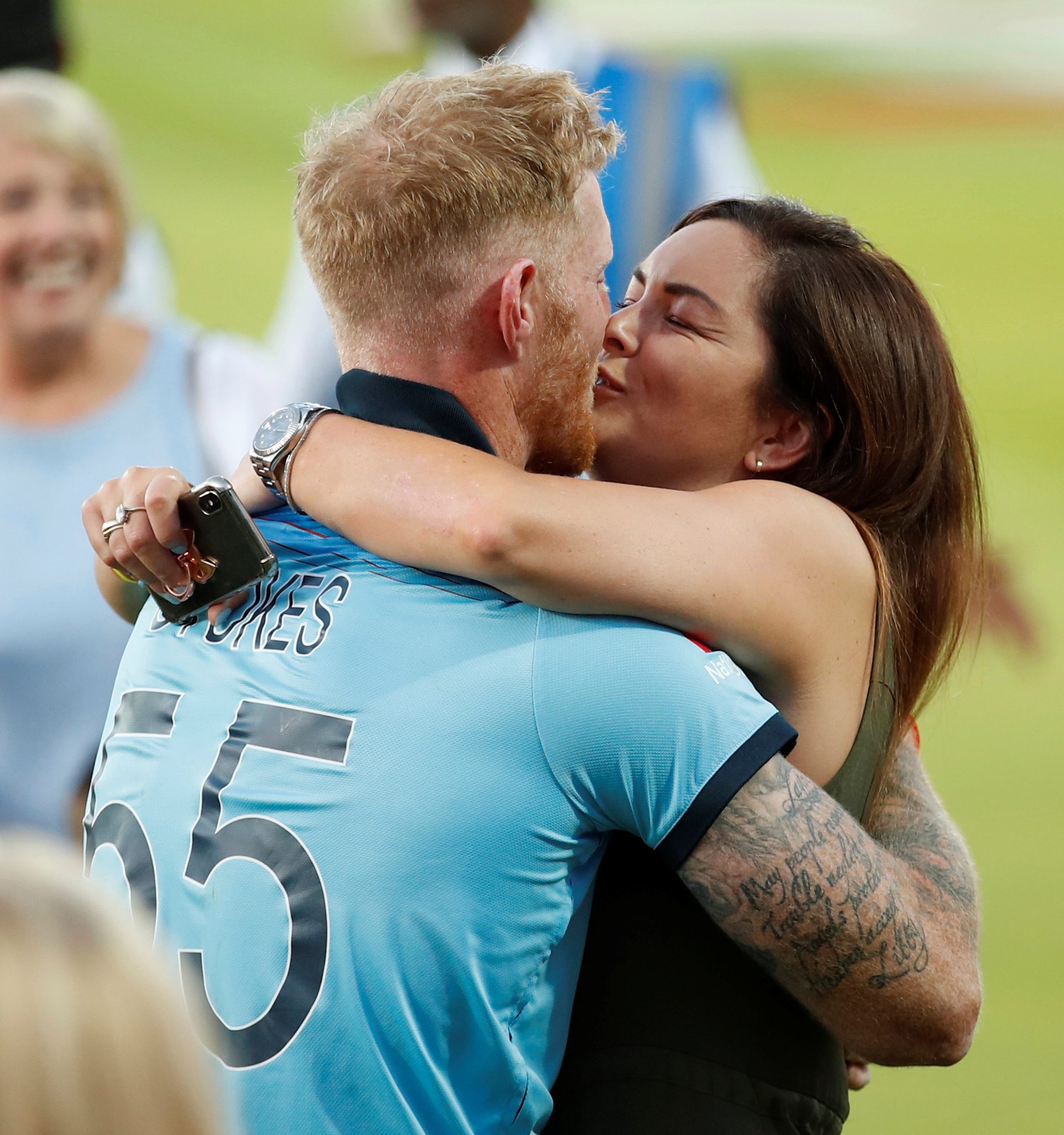 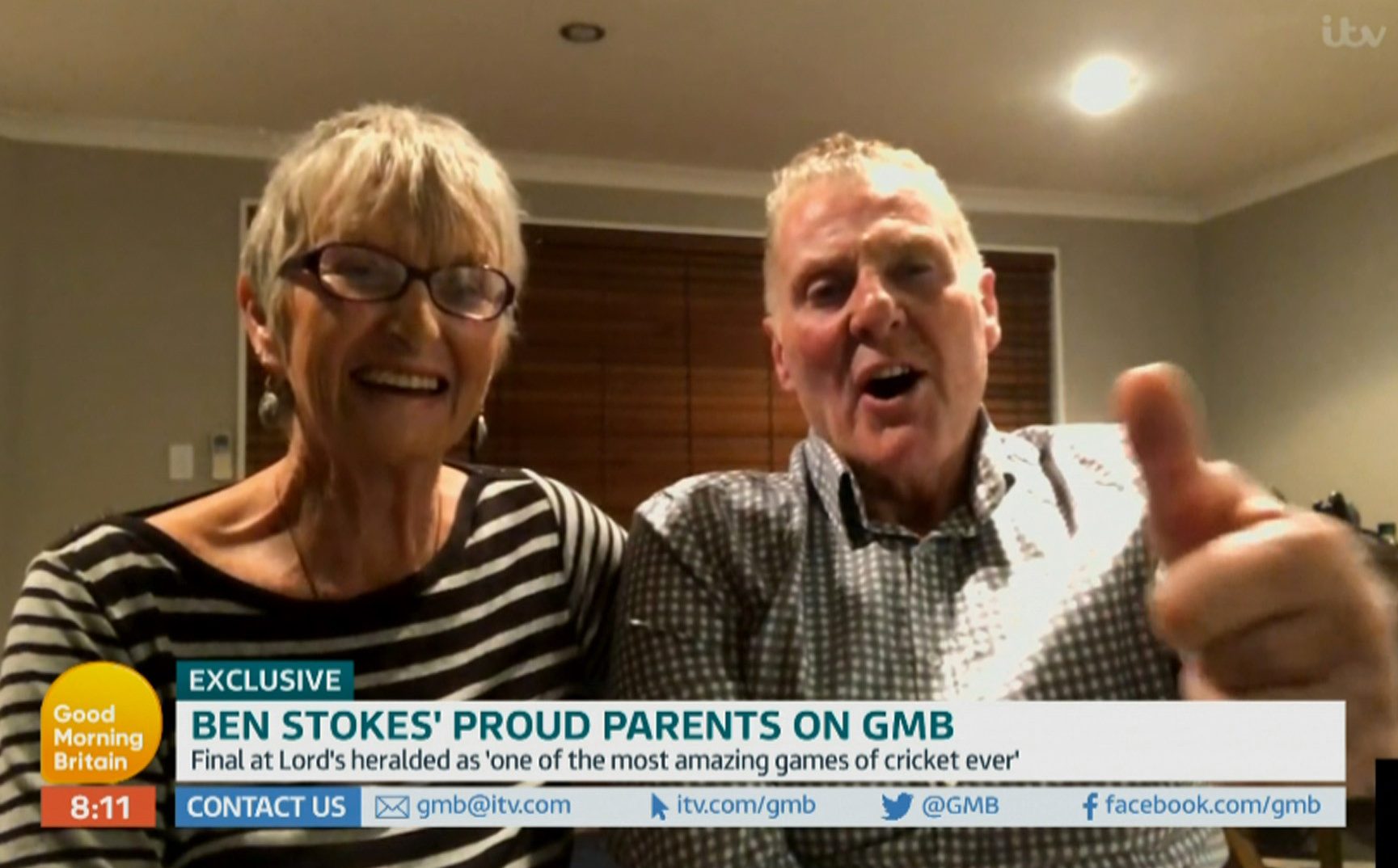